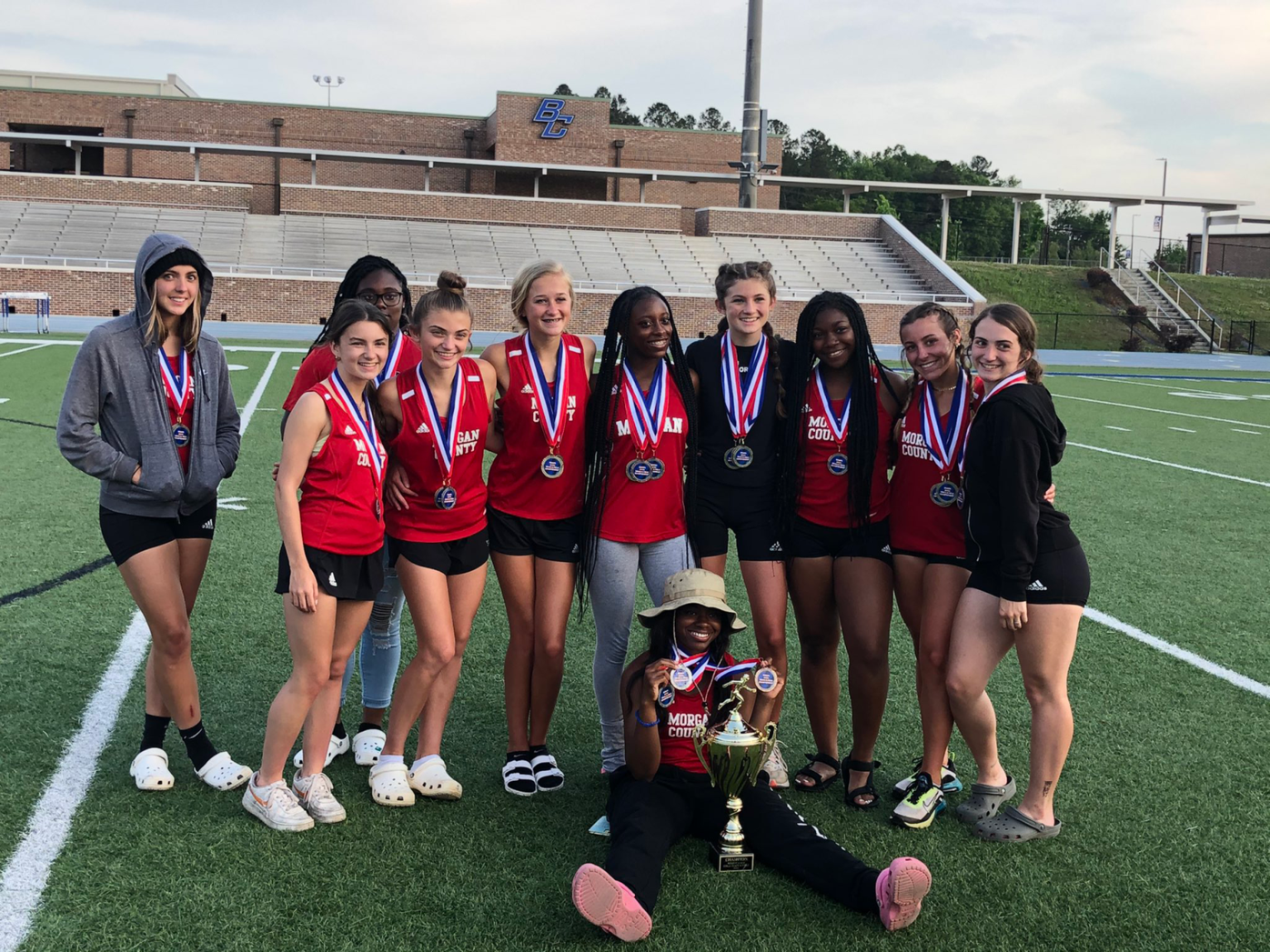 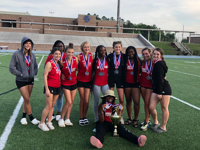 The Lady Dogs finished strong in the region with several qualifying for sectional tournament on May 8. 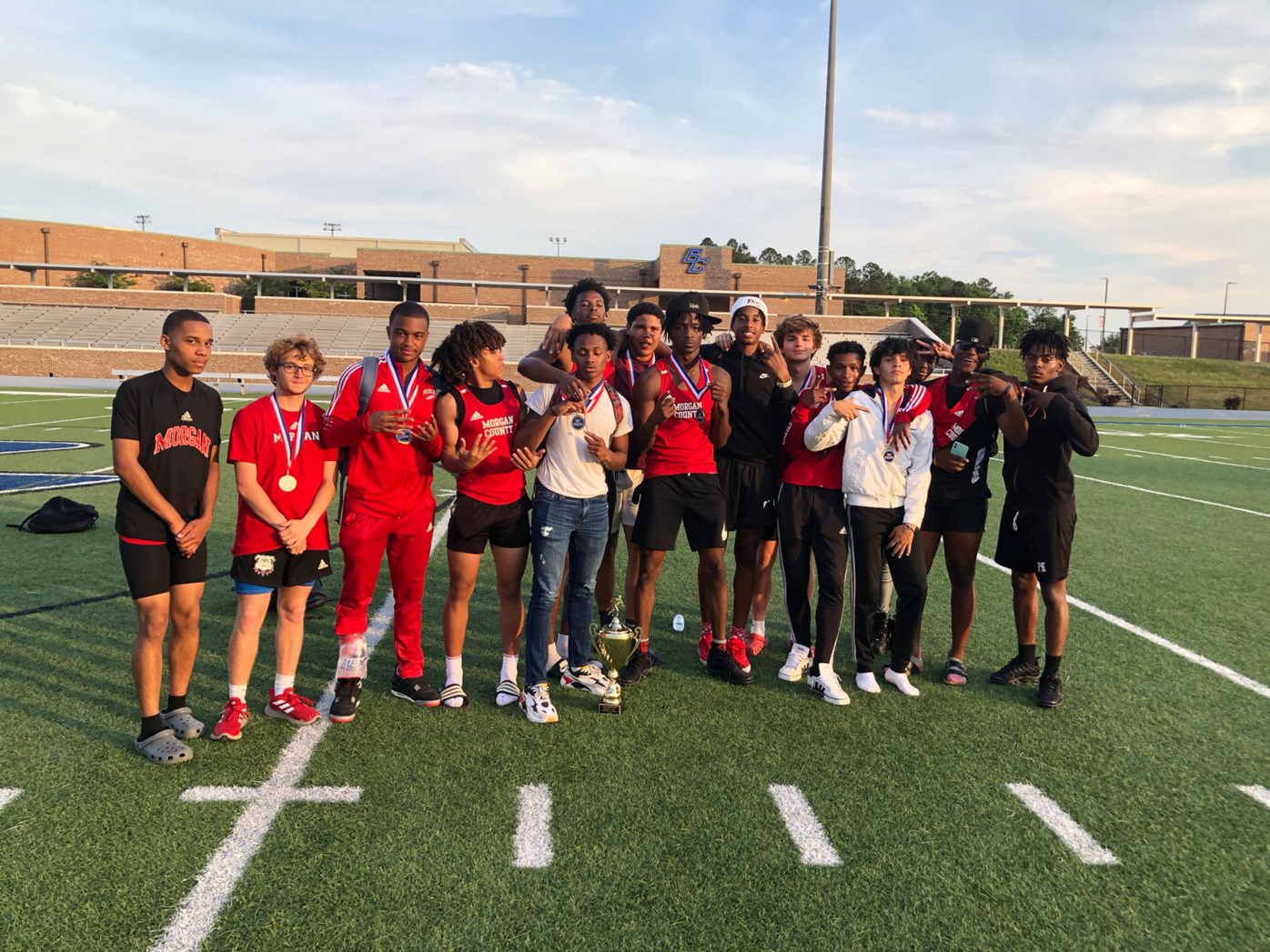 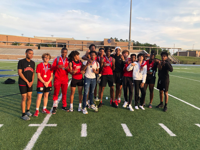 The boys track team left Burke County as region champs last week with several qualifying for the sectional tournament at East Jackson on May. 8.

The Lady Dogs finished strong in the region with several qualifying for sectional tournament on May 8.

The boys track team left Burke County as region champs last week with several qualifying for the sectional tournament at East Jackson on May. 8.

During the two-day meet, the competitors fought for their chance to compete in the sectional tournament at East Jackson High School on Saturday, May 8. It was a great day for the team as both the boys and girls teams won the region championships as well as a list of qualifiers for the sectional event.

Morgan County will be well represented from the field events. For the Lady Dogs, Destiny Hunter and Jamaih Cox finished first and second respectively in the discus. Cox used a 31-foot, 10-inch throw in shot put to take first in the region. Destiny Smith will join Cox at the sectionals with her second place finish in shot put. La’meysia Wade finished first in the triple jump with a 35-foot, 5-inch jump. She was followed by Alana Foster who jumped 32 feet, 4 inches and landed in second place in triple jump. Foster finished second in the long jump with a 16-foot, 10.5-inch jump. Wade closed the event in third with a 15-foot, 5-inch jump.

For the boys, Chance Reid won discus with a 146-foot, 9-inch throw. He will be joined at sectionals by Jacere Cooper who finished third in the event with a 119-05 throw. Cooper will also compete in the shot put at sectionals after he finished first with a 45-07 throw. Damien Walker continued his dominance on the triple jump with a 42-07 jump to finish first while William Jeffreys finished second in long jump with a 21-9.5.

On the track, Brandon Lange used an 11:38 performance in the 3200 meter event to finish in third and qualify for the sectionals event. The boys 4x100 meter relay team of William Jeffreys, Elijah Reynolds, Damien Walker, and Jared Gilbert won the region championship with a time of 43.26. The 4x800 team of Elijah Cook, Brandon Lange, Josh Jones, and Jack Greenfield finished in second. Omar Lizard-Noriega ran a 16.12 in the 110m hurdles to claim second place and Josh Jones finished in first place in the 300m hurdles with a 41.49.

On the track for the Lady Dogs, the 4x800 relay team of Drew Biersmith, EllaRyann Cottrell, Peyton Spain, and Anabell Moon won the region with an 11:17 time. The 4x400 team of Moon, Cottrell, Parker Spain, and Peyton Spain took third. In the 3200 meter event, three of the Lady Dogs qualified for sectionals. Drew Biersmith, Addison Harper, and Annie Breedlove finished in the top three spots respectively. The 4x100m team of La’meysia Wade, Alana Foster, Unique Hubbard, and Parker Spain finished in third place with a 51.48. The Lady Dogs dominated the 1600m event taking the top three places. EllaRyann Cottrell took first with Drew Biersmith, and Addie Harper finishing in second and third place respectively. In the 800m, Cottrell finished in first place with a 2:36 and Annabel Moon finished with 2:46 for third place.

Last Friday night, the Morgan County High School track and field team competed at the BSN Friday Night Lights event at Eagles Landing Christian Academy in McDonough. Out of a field of 18 teams, the boys team finished in fourth and the girls in ninth place.

Last Friday, the Morgan County High School track team competed at Greene County High School for the 2021 Tiger Invitational. The girls team closed the night with the second place trophy and the boys team brought the championship back to Madison.