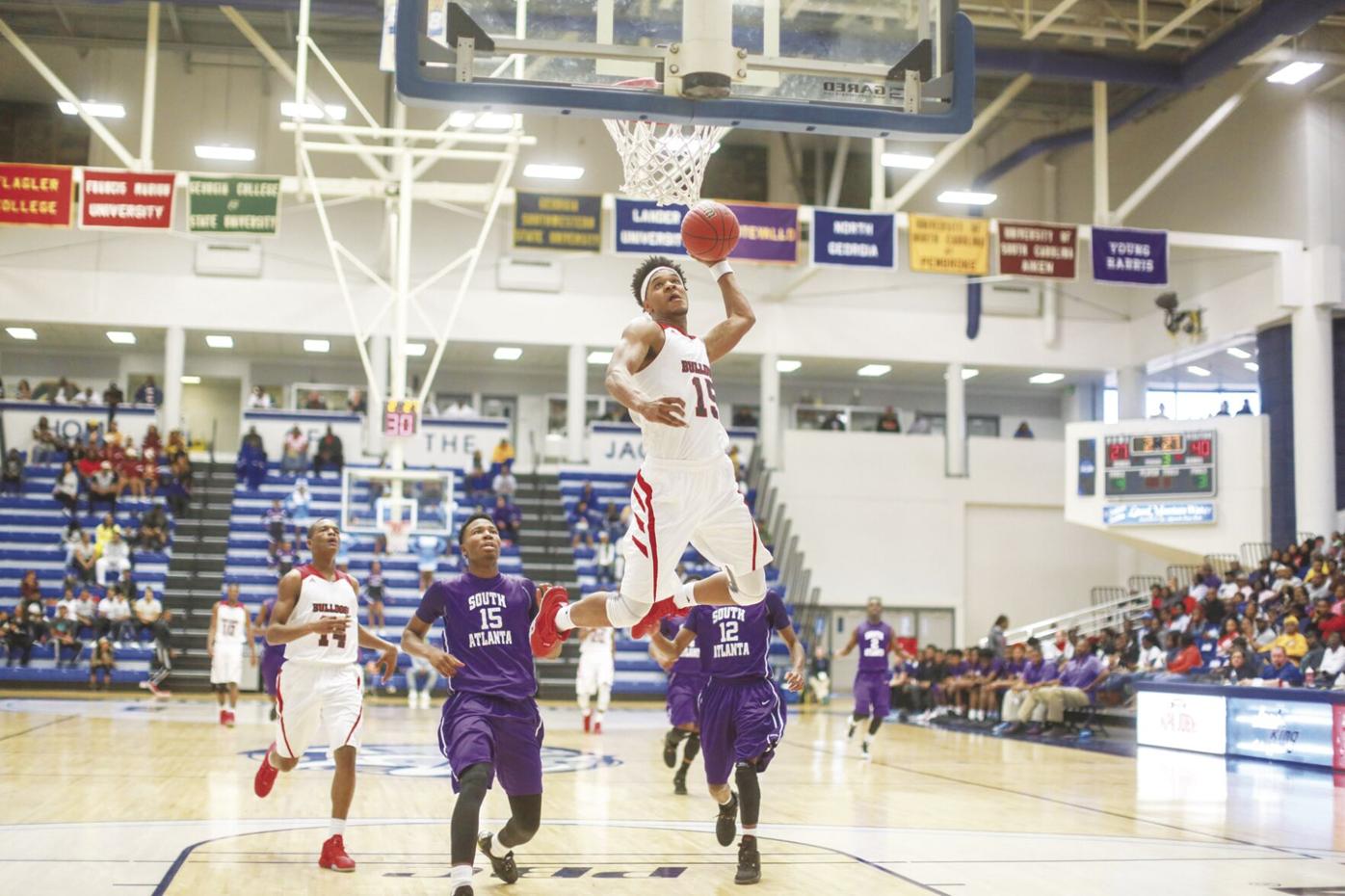 Jailyn Ingram goes up for a dunk during his senior year in 2016 at Morgan County High School. The 6’7” forward went on to play for Florida Atlantic University where he had a standout career. Ingram recently announced he will play his final year at the University of Georgia. 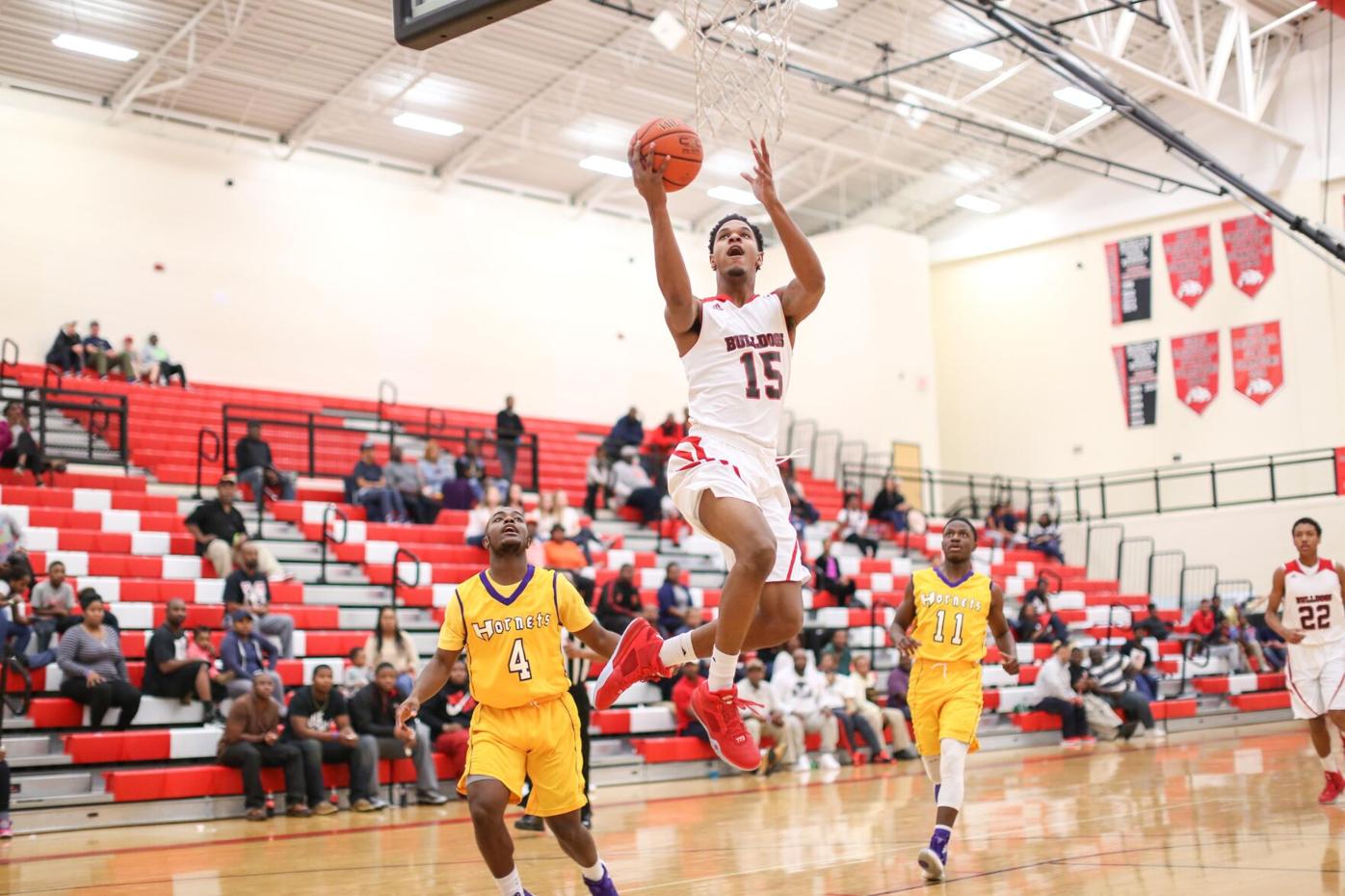 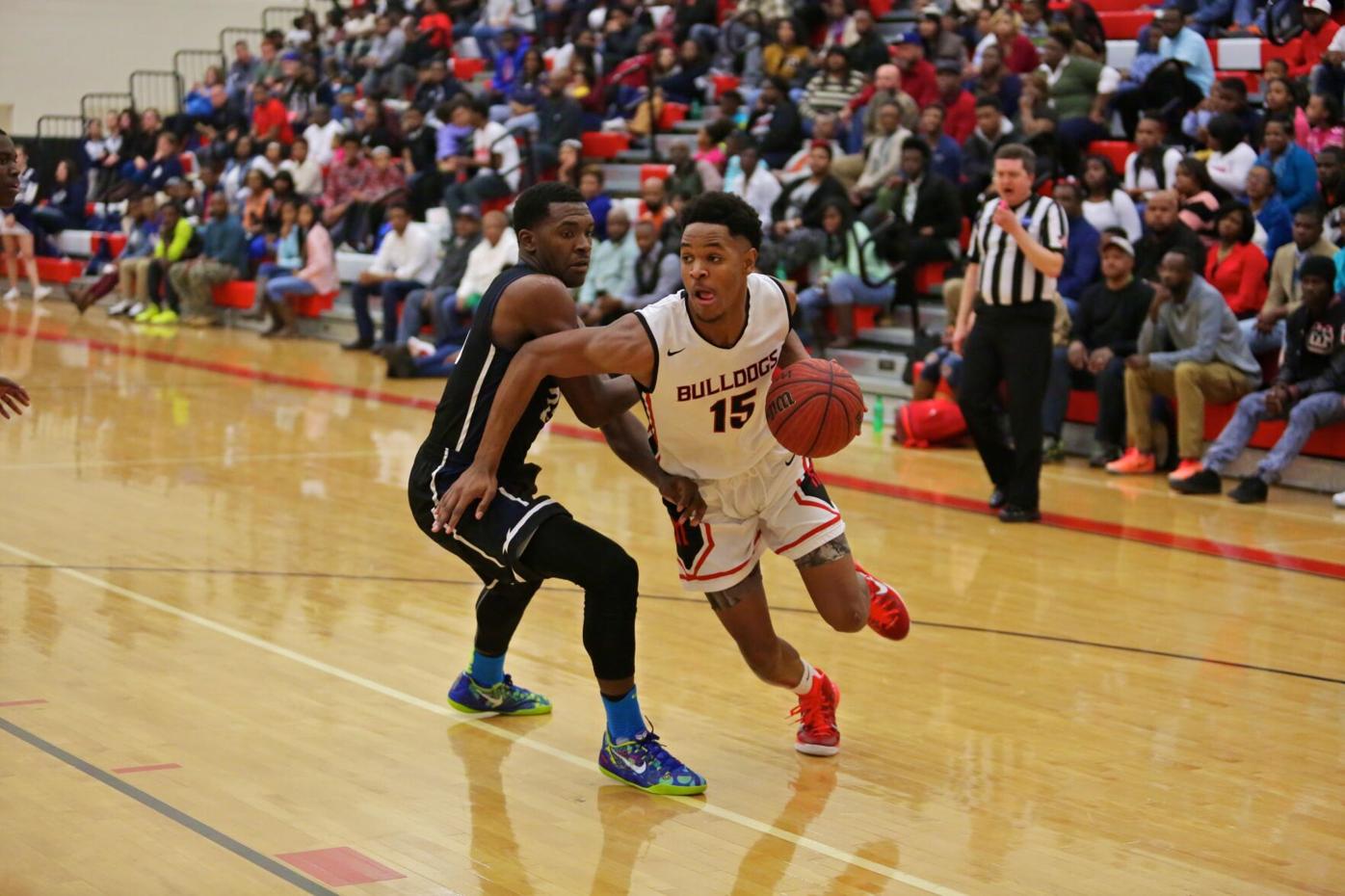 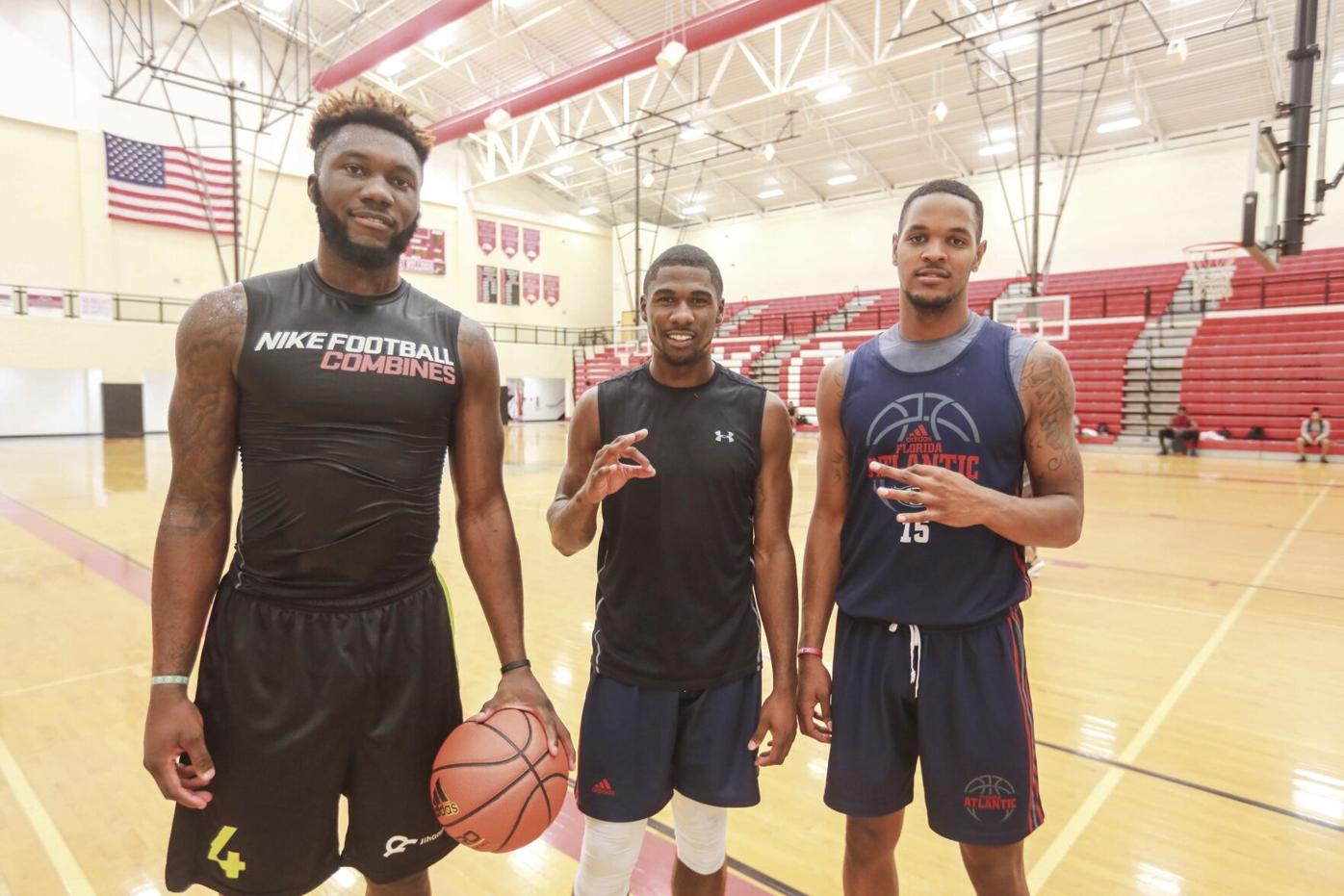 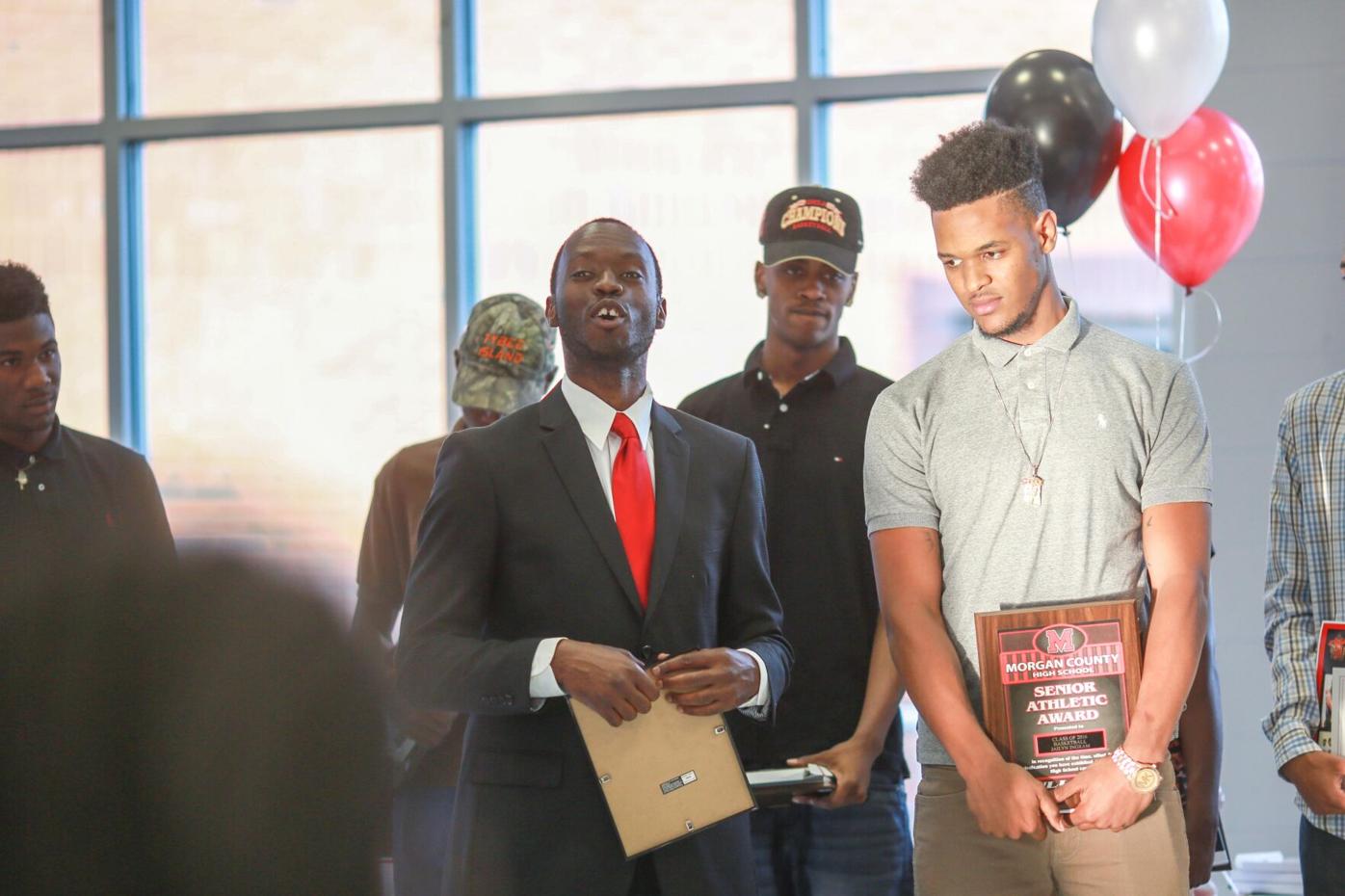 Jailyn Ingram goes up for a dunk during his senior year in 2016 at Morgan County High School. The 6’7” forward went on to play for Florida Atlantic University where he had a standout career. Ingram recently announced he will play his final year at the University of Georgia.

Ingram announced his commitment via Twitter on Sunday. The announcement has an image of Ingram in a Georgia jersey and simply says “I’m coming home.”

Since graduating from MCHS, Ingram has been a top producer for Florida Atlantic University during his career. Last year, he was the top rebounder for the Owls and had nearly a 50 percent success rate on three-point shots, finishing the season with 39-85 from three-point range. Ingram average 23.8 points a game with 6.1 average rebounds a game and a total of 129 rebounds.

The 6’ 7” forward was on Morgan County’s first state championship team as as sophomore in 2014 under then Head Coach Charlemagne Gibbons.

In 2015, Ingram and Morgan County standout Devious Brown both announced that they had committed to play basketball at Florida Atlantic University for FAU Coach Michael Curry, who now is part of the UGA basketball team support staff. At the time of Ingram’s announcement to play at FAU, Gibbons had also accepted an assistant coaching job at the college program.

In a story published at UGAsports.com, Ingram said the move to Athens is both challenging and a comfort to be so close to friends and family. “I just needed to step out of my comfort zone. FAU is a wonderful place with a wonderful staff. I was comfortable there, but I felt I needed to take a step out of that, try to elevate my game and take it to the next level.”

Ingram should see immediate playing time at Georgia. The UGA team has lost four of its players including starters Toumani Camara and Tye Fagan to transfers.

In the UGAsports.com story, Ingram said he also spoke with Xavier and James Madison after he put his name in the transfer portal but Georgia was an easy fit. His family, he is quoted as saying, is excited “just knowing I would be right up the road from home. They definitely wanted to make more games than they could over the last four years, so knowing I’ll be right up the road is big.”

“I’m absolutely excited about that. The competition level is higher. I’m ready to get up there and show what I can do. It’s a second opportunity, I feel it was meant to be. I definitely wanted to take advantage of it.”

Ingram was injured much of his junior season at FAU and played just 10 games. He will play his sixth year of college basketball after using the NCAA’s one-year waiver because of the coronavirus.

While at Morgan County, Ingram was also a highly recruited outside receiver who got serious consideration to play football at Florida State University. However, he selected basketball. “I felt my love for the game of basketball was the best fit for me,” he said at the time.