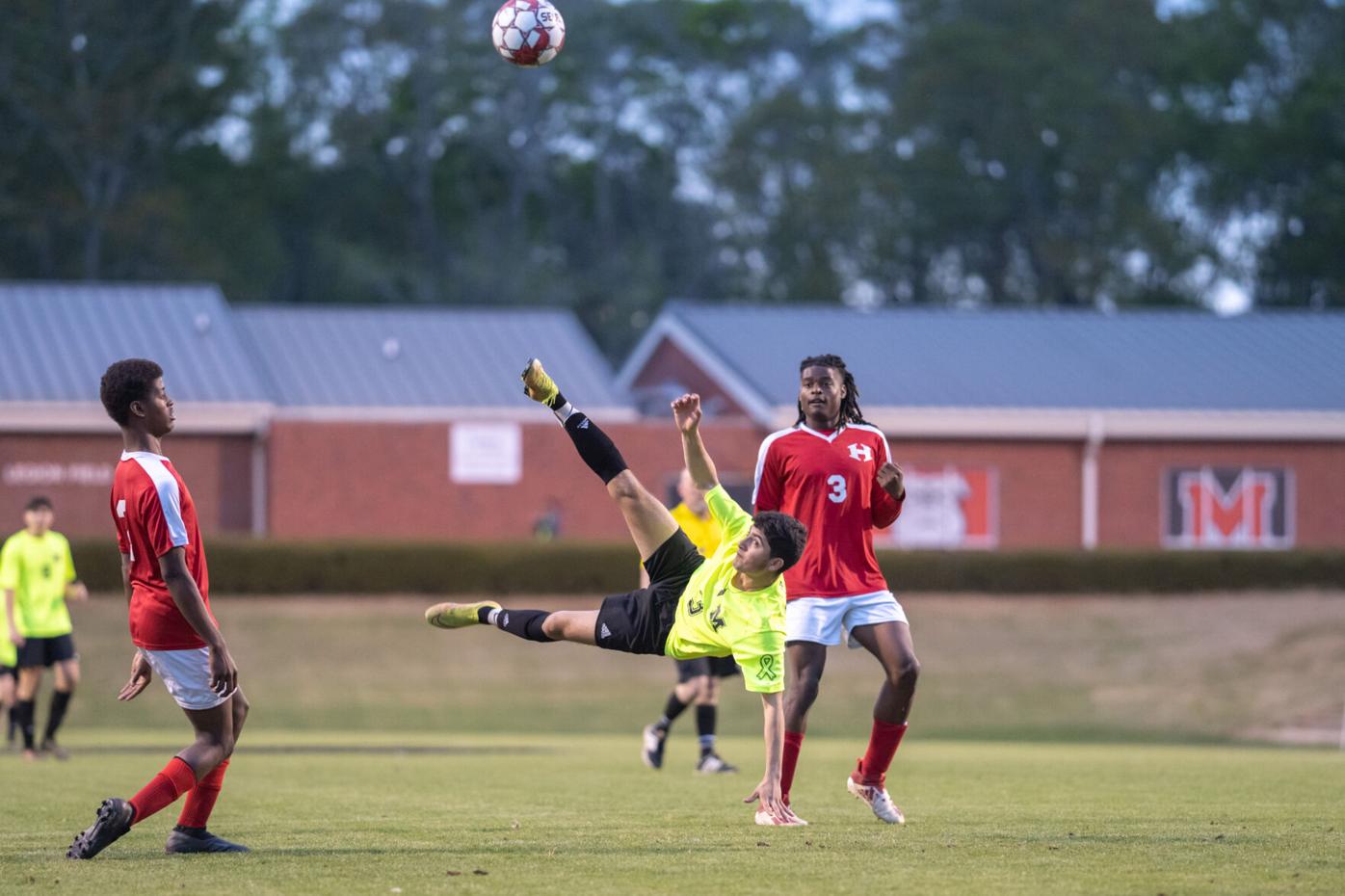 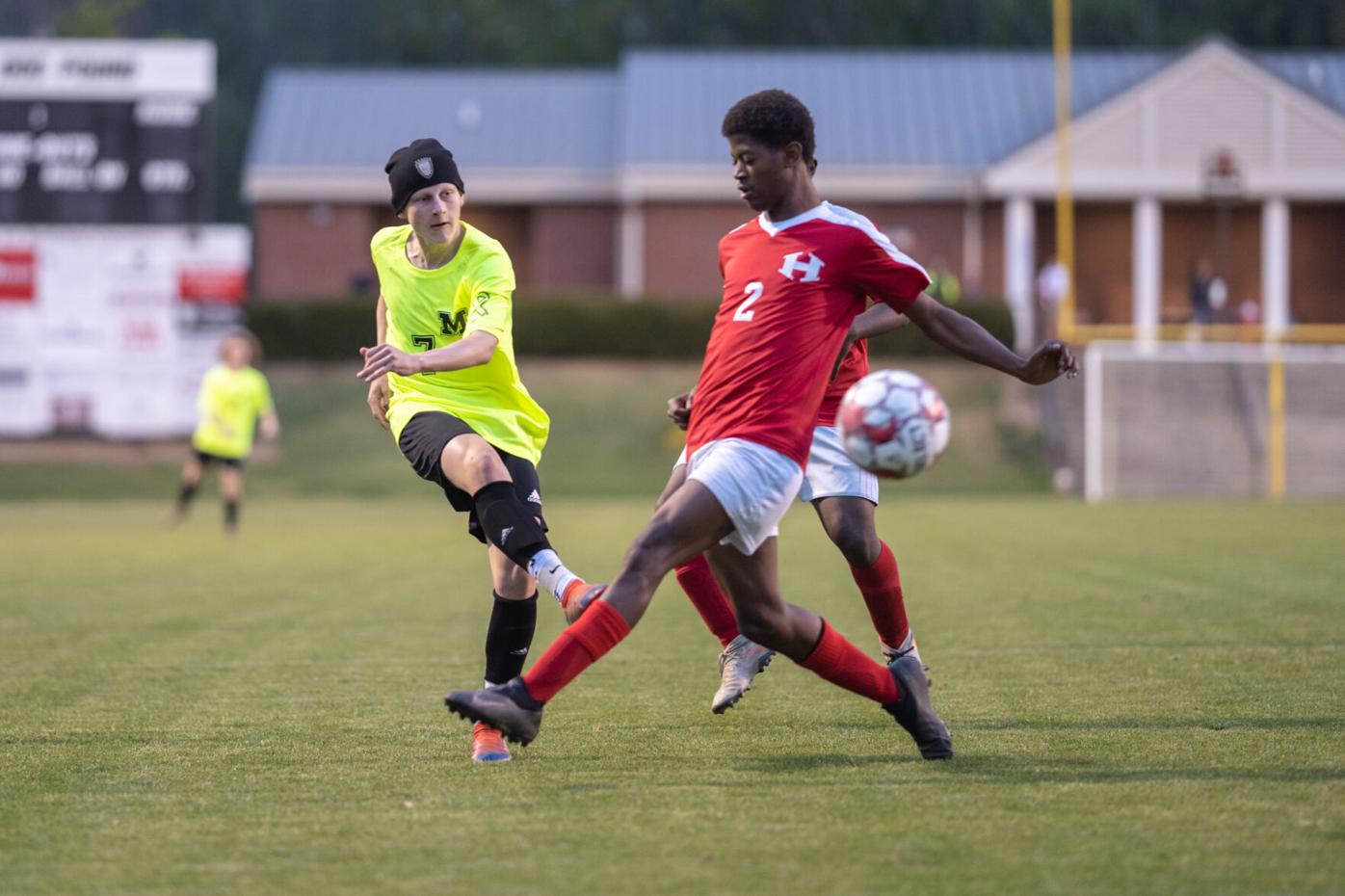 Morgan County’s Jacob Martin fires a shot last week during a match against Hephzibah. The match was Martin’s return to the pitch after completing chemotherapy treatment. 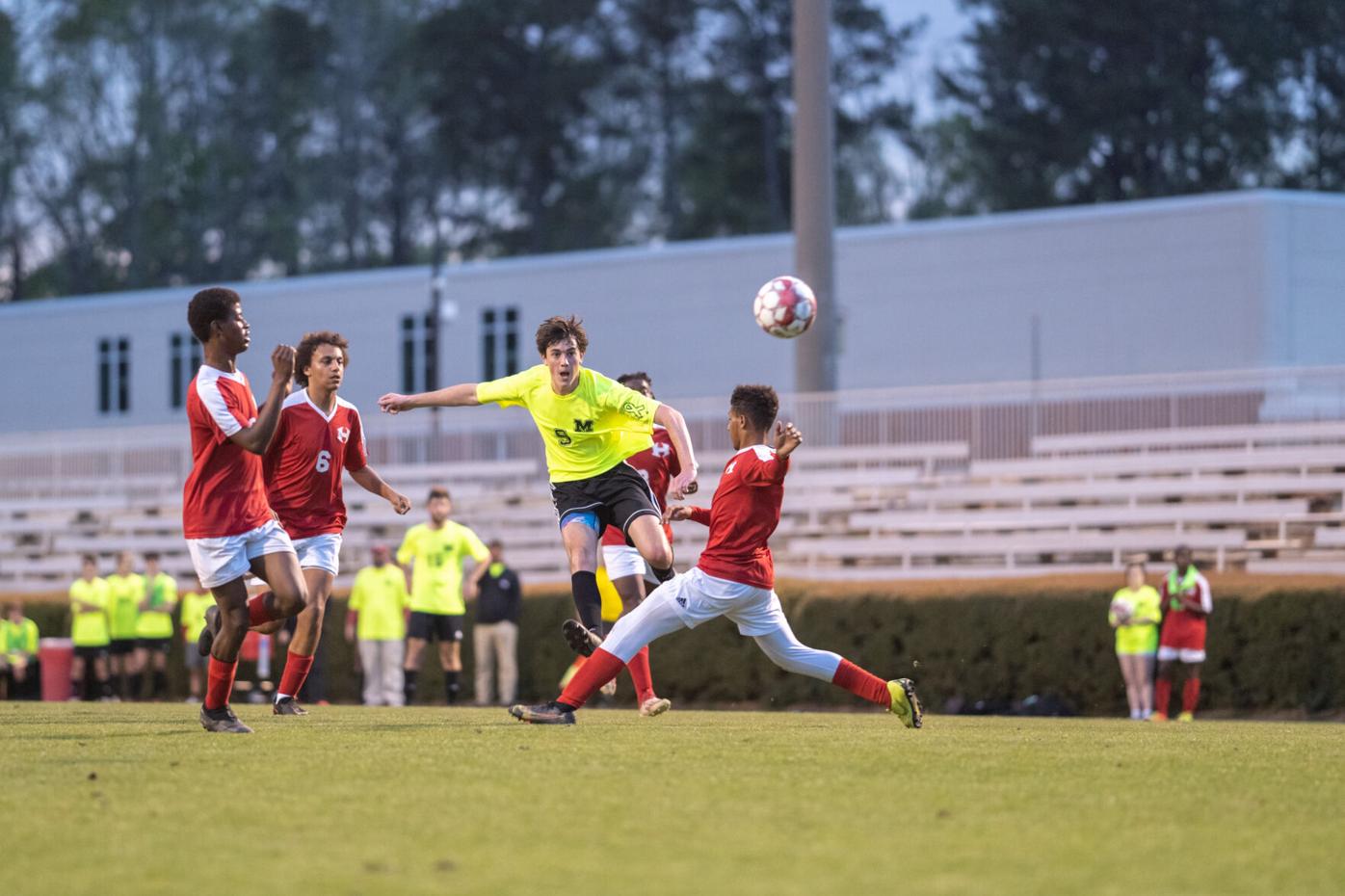 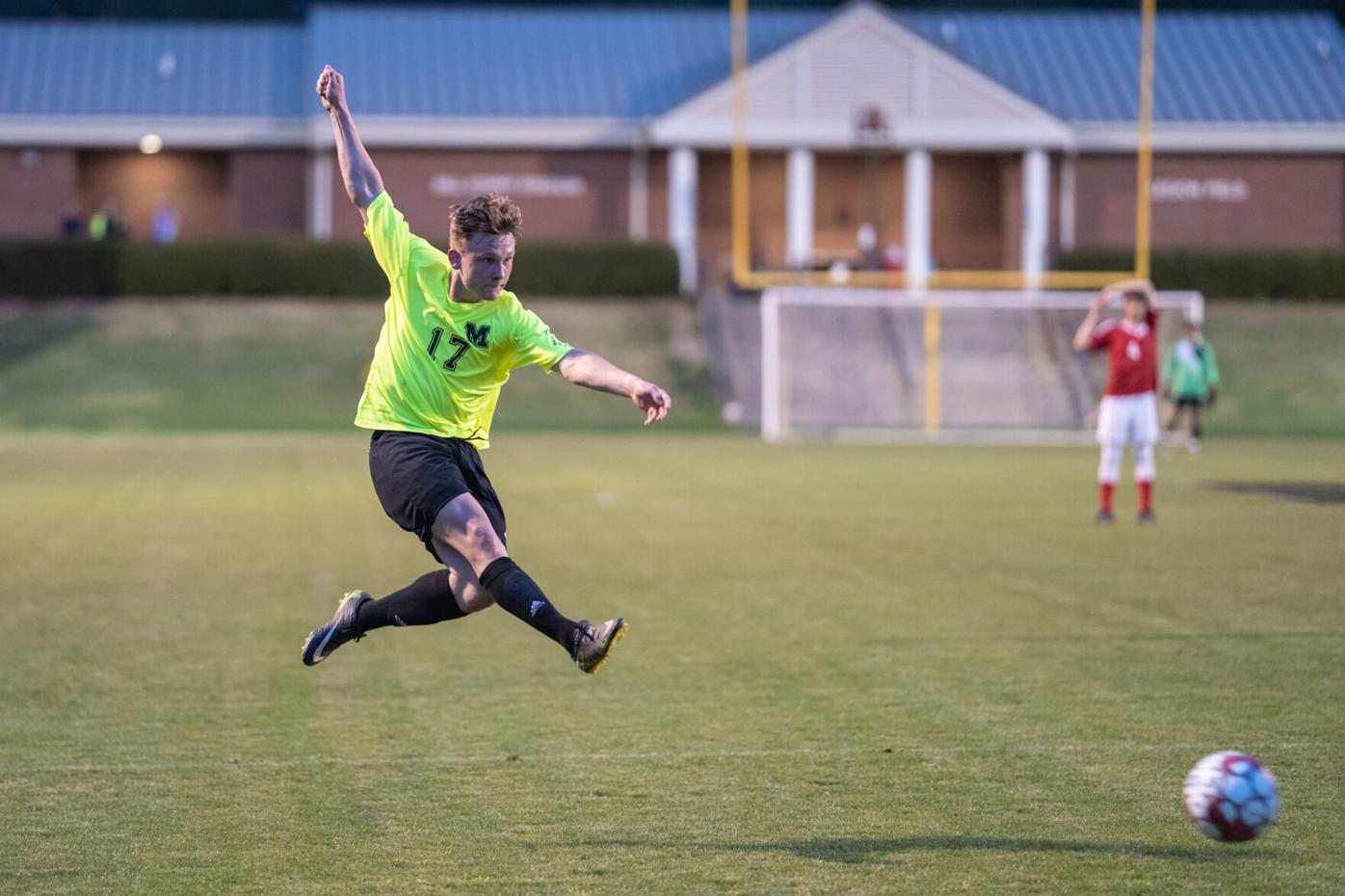 Cooper Allen tries to punch one in last week against Hephzibah. For the year, the Morgan County High School boys soccer team has outscored opponents 59-3. 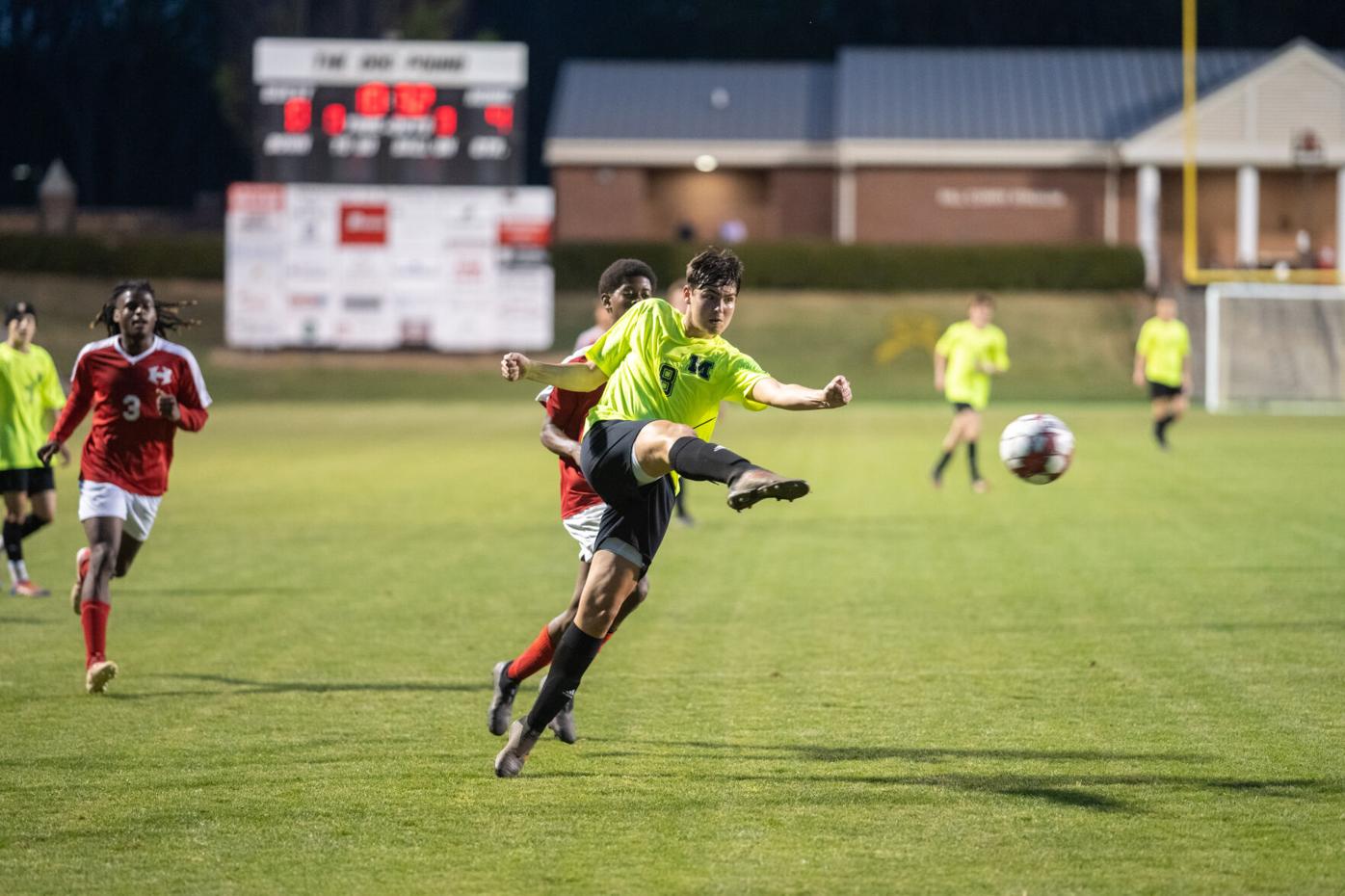 Morgan County’s Jacob Martin fires a shot last week during a match against Hephzibah. The match was Martin’s return to the pitch after completing chemotherapy treatment.

Cooper Allen tries to punch one in last week against Hephzibah. For the year, the Morgan County High School boys soccer team has outscored opponents 59-3.

Last week was a special week for the Morgan County Bulldogs Soccer team as they celebrated a major personal victory as well as the successes of eight senior footballers. The Dogs played three games over the week and continued their region dominance, winning against the Academy of Richmond County and Hephzibah, as well as a non-region match against Putnam County.

Last Monday, the Academy of Richmond County came to Madison for a region match between the two top teams in region 4-AAA. The Dogs came out on top in the match led by Nathan Camachos’ three goals. Fritz Williams and Grayson Jarman added a goal each as well.

Tuesday night’s match against Hephzibah may have been one of the biggest nights in the program’s history and it had nothing to do with soccer. The night before, Junior defenseman Jacob Martin completed his final chemotherapy treatment, and Tuesday night was a community celebration. Prior to the match, Jacob and his family were honored and celebrated his journey with the release of gold balloons and Jacob’s firing of the MCHS JROTC cannon three times.

The celebration didn’t end when the match started. Martin opened the scoring with a strike from the right side. Martin would score two more goals for what Head Coach Aaron Paul said was his goal for the night, a Jacob Martin hat trick.

Joining Martin on the scoreboard was Grayson Jarman, Luis Tenorio-Perez, and Fritz Williams. The Dogs only gave up one goal in the match and closed the celebration with an 11-1 region win to keep their record unblemished. MCHS continues to show their strength on both sides of the pitch outscoring opponents, 59-3.

Thursday night, the team celebrated a large part of the team’s recent success — the eight seniors on the varsity squad. Luis Tenorio-Perez, Anders Medford, Simon LeClair, Grayson Jarman, Fritz Williams, Trace Blanton, Jairo Rangel, and Graham Foster were honored in a ceremony prior to the start of their match.

The Dogs took to the pitch excited to face their closest geographic opponent, Putnam County High School, and the intensity was high from the start. An amazing feed from Trace Blanton to Luis Tenorio-Perez cracked the scoreboard for the Dogs in the first half. Tenorio-Perez would find the net again in the first half with a shot from 22 feet out. The Dogs carried a 2-0 lead to halftime, but they weren’t done with the scoring.

Early in the second half, Blanton received a deep feed from Cooper Allen and used a couple of steps to find the upper 90 for the Dogs’ third goal of the night. Finally, Allen closed the scoring for the Dogs with a blast from outside of the box.

The team is back in action after spring break at the Academy of Richmond County on April 14.