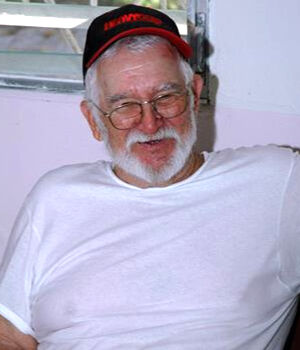 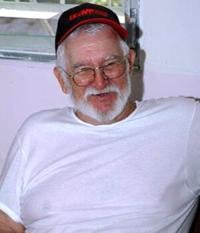 Edmond (Ed) Morrison, 84, died on August 15, 2021, at home, Rutledge, Georgia. Ed born on September 14, 1937 to Porter and Earamae Morrison was one of six children. Brothers Edsel, Edward, and sister Rebenia preceded him in death. On July 16, 1983 he married Terry Allen in Tucker, Georgia. He worked as a truck driver for 50 years. First for Curb Specialist before becoming self-employed. Ed served in the United States Navy as a Master of Arms from November 1954 - October 3, 1961. He was deployed on the USS Yarnell and the USS McDermut. Throughout his life he was part of the American Legion, Scottish Rites (June 1, 1985-2021), 32nd Degree Masonic Lodge (November 29, 1982), and a missionary in Honduras through Madison FUMC. Survived by his wife of 39 years, Terry Morrison and a daughter (Florida), brothers Edgar "Pete" and Edwin "Shorty". He was preceded in death by Mark Morrison (son), Mike Morrison (son) and Deniese Blair (daughter). He leaves behind 15 grandchildren, 12 great grandchildren and several nieces, nephews, and cousins. Services will be held, Saturday, September 18, 2021, at Madison First United Methodist Church: 296 S. Main Street, Madison Georgia in the Wesley Building at 2pm. In lieu of flowers donations to The Masonic Home of Georgia (Children's Home of Georgia), P.O. Box 4183, Macon, GA 31208, greatly appreciated.