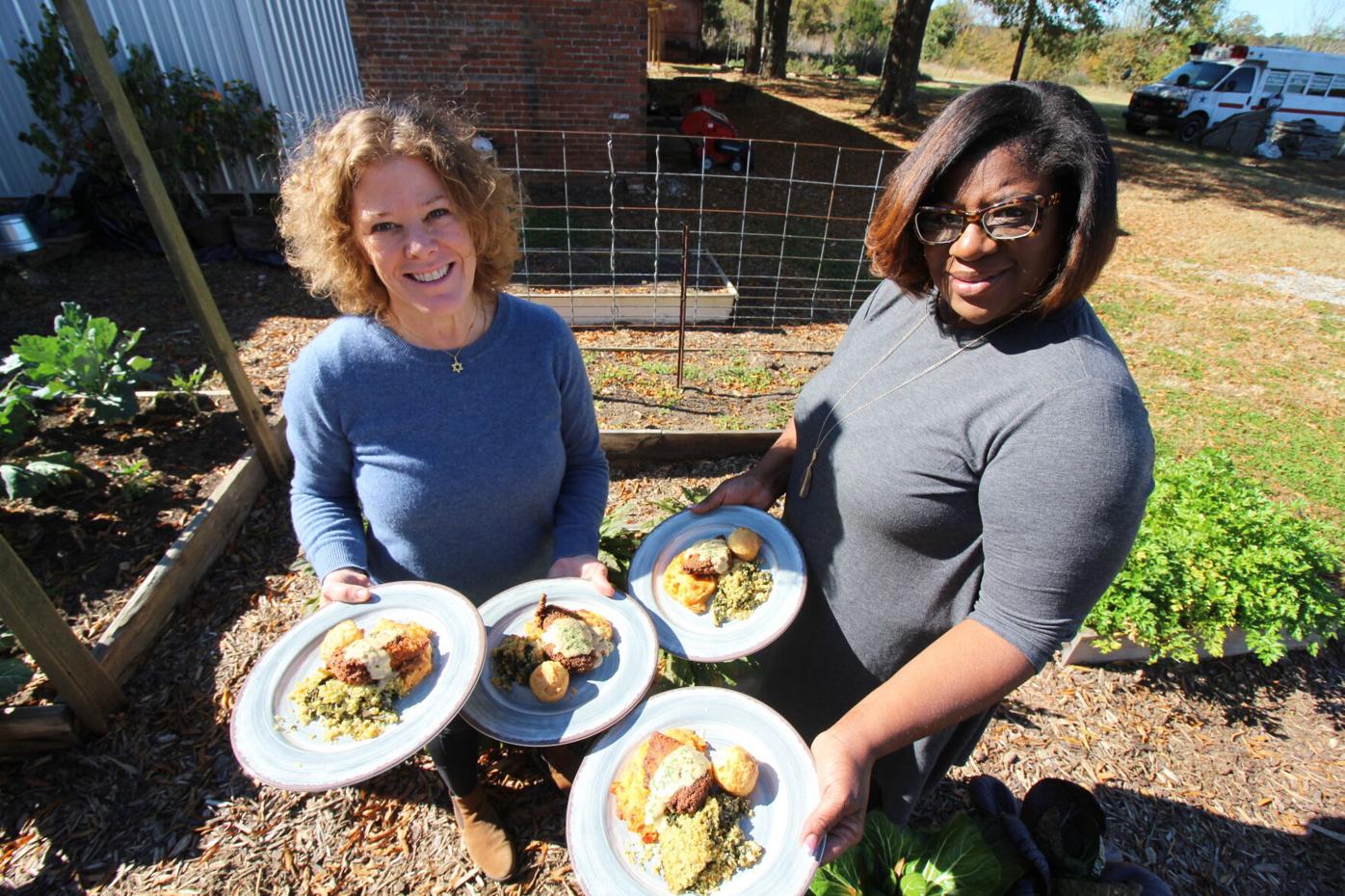 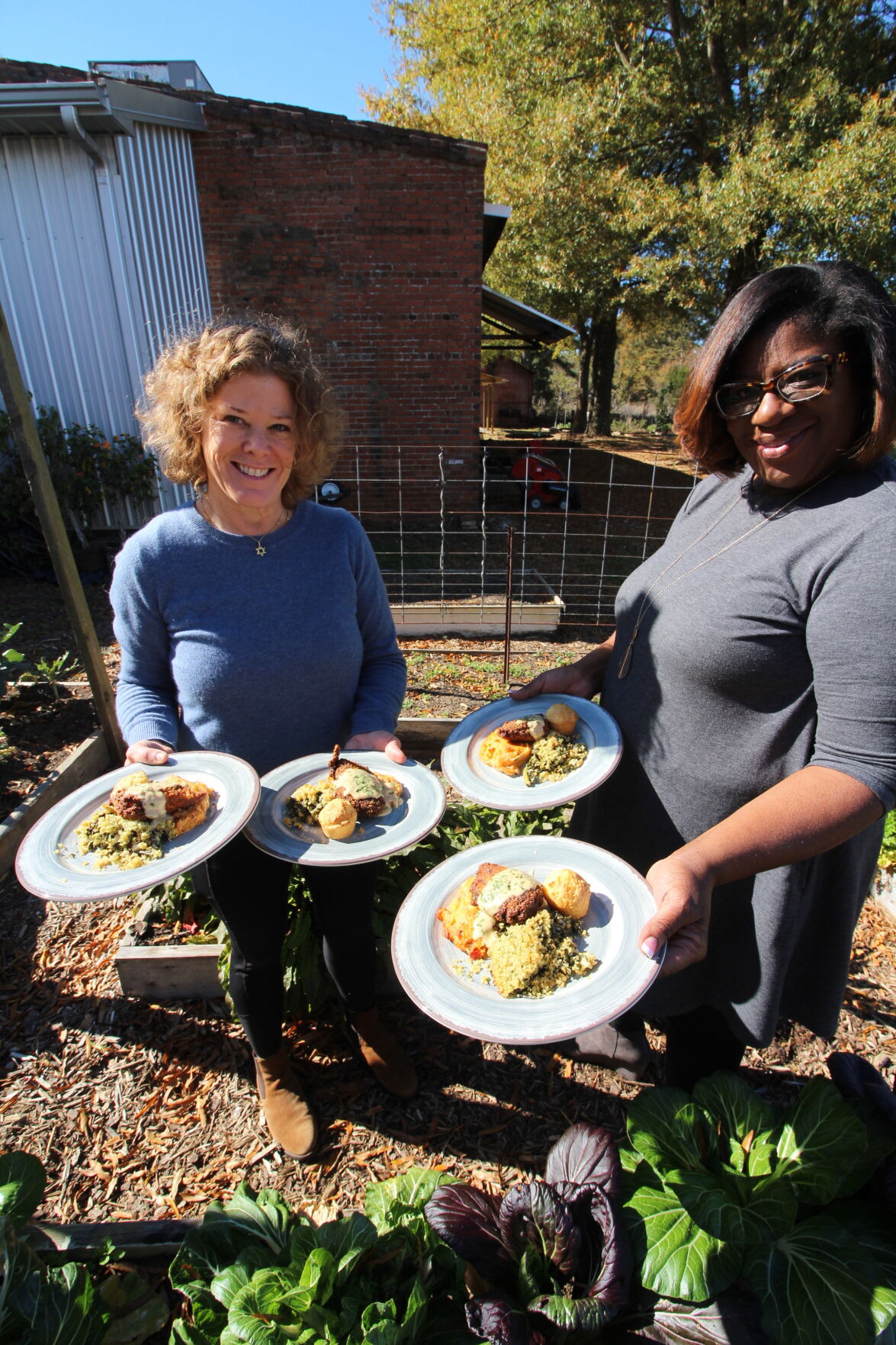 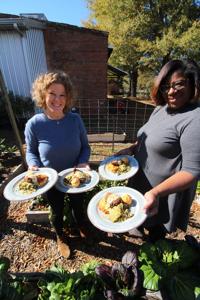 More than 350 people are going to enjoy a Thanksgiving meal that cannot, for any price, be purchased.

The meal, created through a quiet but growing community collaboration of restaurants, civic groups, churches and individuals will rival any cooked in Morgan County Thursday.

This one, says co-organizer Sherry Terrell will be organized, cooked and delivered with love.

“We are going to share a meal with love, kindness and respect,” she says.

On Thanksgiving morning, more than 40 volunteers will gather under the watchful eye of Terrell and her collaborator Hallie Jane Duan, owner of Hallie Jane’s Catering and Empire Mills, a noted special occasion venue, to cook, package and distribute the meals.

The partnership was formed, says Terrell, who is a founding member of the Madison-Morgan County Community Food Pantry, when she learned that because of COVID, the Calvary Baptist Church was not going to be able to provide its annual Thanksgiving meal at the Morgan County High School cafeteria this year. That in-person meal was stopped for safety concerns.

Terrell looked to Duan. “I found a perfect partner,” she says. “I knew this was something she was passionate about.”

In fact, says Duan, a foundation she calls “86 Hunger” is currently in its infancy. That foundation hopes to coordinate unused resources from local restaurants and stores that can be distributed to a food-less population in Morgan County.

“We have plenty,” she says. “We have a surplus. We need to connect the supply with the need.”

To that effort, Terrell sought out Duan’s expertise in both cooking for large groups and, maybe more importantly, the logistics of packaging and delivering the 350 meals.

“I have a heart for it,” Duan says she thought when speaking with Terrell, “but what do I bring?”

Expertise, logical common sense and an apparently endless level of energy when both working towards a goal and speaking about how to direct change. Duan is relentless and Terrell has a steady hand.

Together they have created a network of community partners, including local restaurants, that are contributing both food, talent and money towards the day.

“We reached out to the local restaurants to ask them to participate and the response has been crazy,” Terrell says. “No one told me no, without hesitation. They were ready to help. They found this as a perfect opportunity to give back to the community.”

Terrell says the effort and the estimate of meals is based on previous community Thanksgiving meals. The group is also preparing meals for inmates at the Morgan County Detention Center and will deliver meals to area motels.

“We’re reaching a kitchen-less population,” she says. Along with the Thanksgiving meal served to residents of area motels, Terrell says the group will also include a bag of toiletry items. “We’re just going to show up with food and a van,” she says. “We are going to provide a meal for anyone that wants a meal, no questions asked.”

Duan has created a logistics plan to cook, package and get the meals off to the recipients. Local churches have provided a list of recipients and, says Terrell, will be in charge of delivering the meals to their parishioners as a ministry. “To whom much is given, much is required,” says Terrell.

For persons wishing a meal, the group will be handing out either a ham-based or a turkey-based meal at the Morgan County High School cafeteria from 10 a.m. to noon on Thanksgiving. The food will be blessed at 9 a.m., says Terrell and then more than 40 volunteers will begin packaging the food for both deliveries and for people arriving in cars at the cafeteria for a packaged meal.

To donate to the effort, Terrell says people can call (706) 707-8900. Both Terrell and Duan say the event is loaded with volunteers. Many of the entrees and side dishes will come straight from local restaurants’ kitchens to the school for packaging.

“We are cooking the way we would cook for our families,” says Duan.