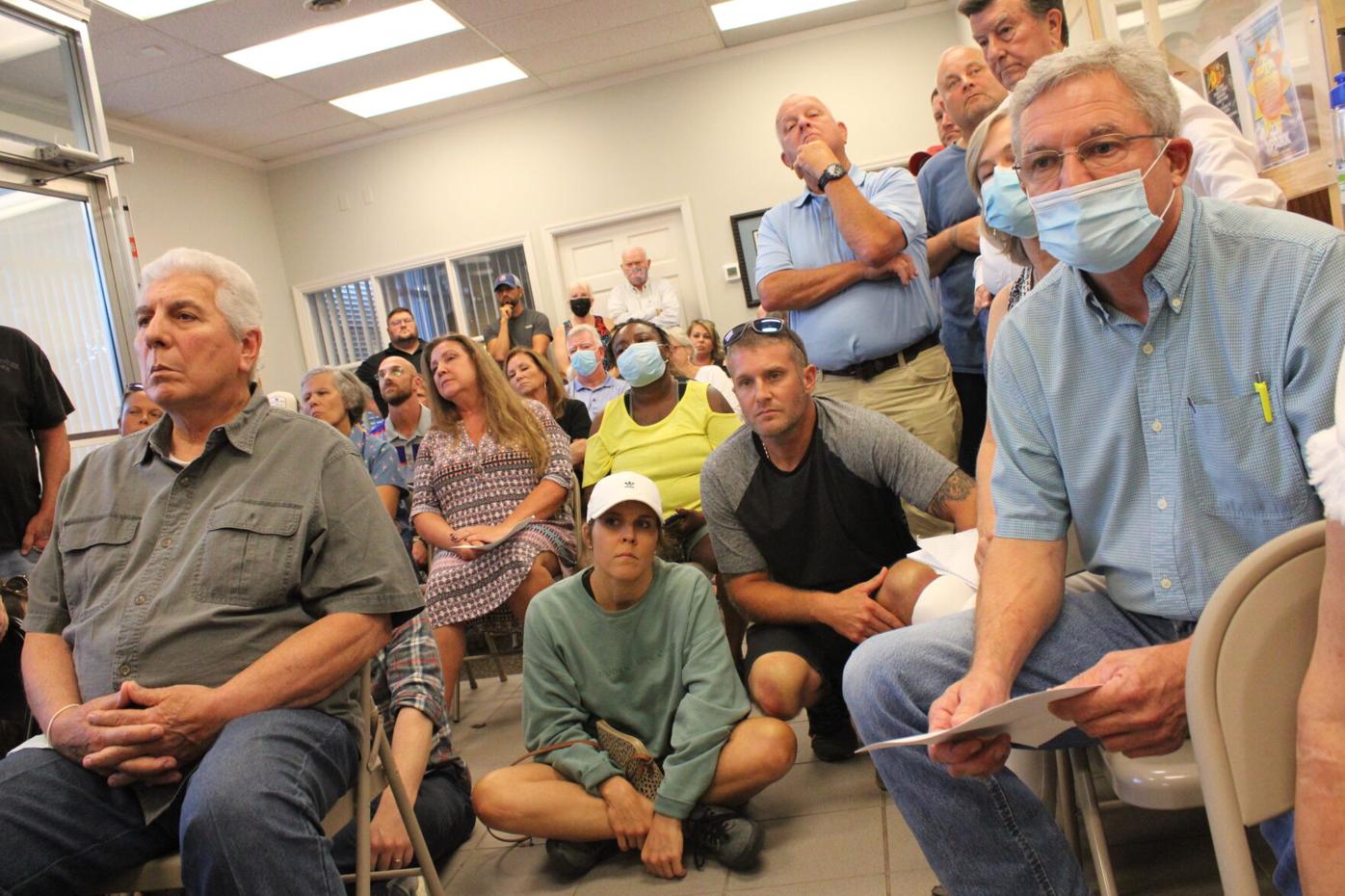 About 125 people crammed inside Rutledge’s City Hall for a public hearing about the proposed subdivision on Aug. 17. 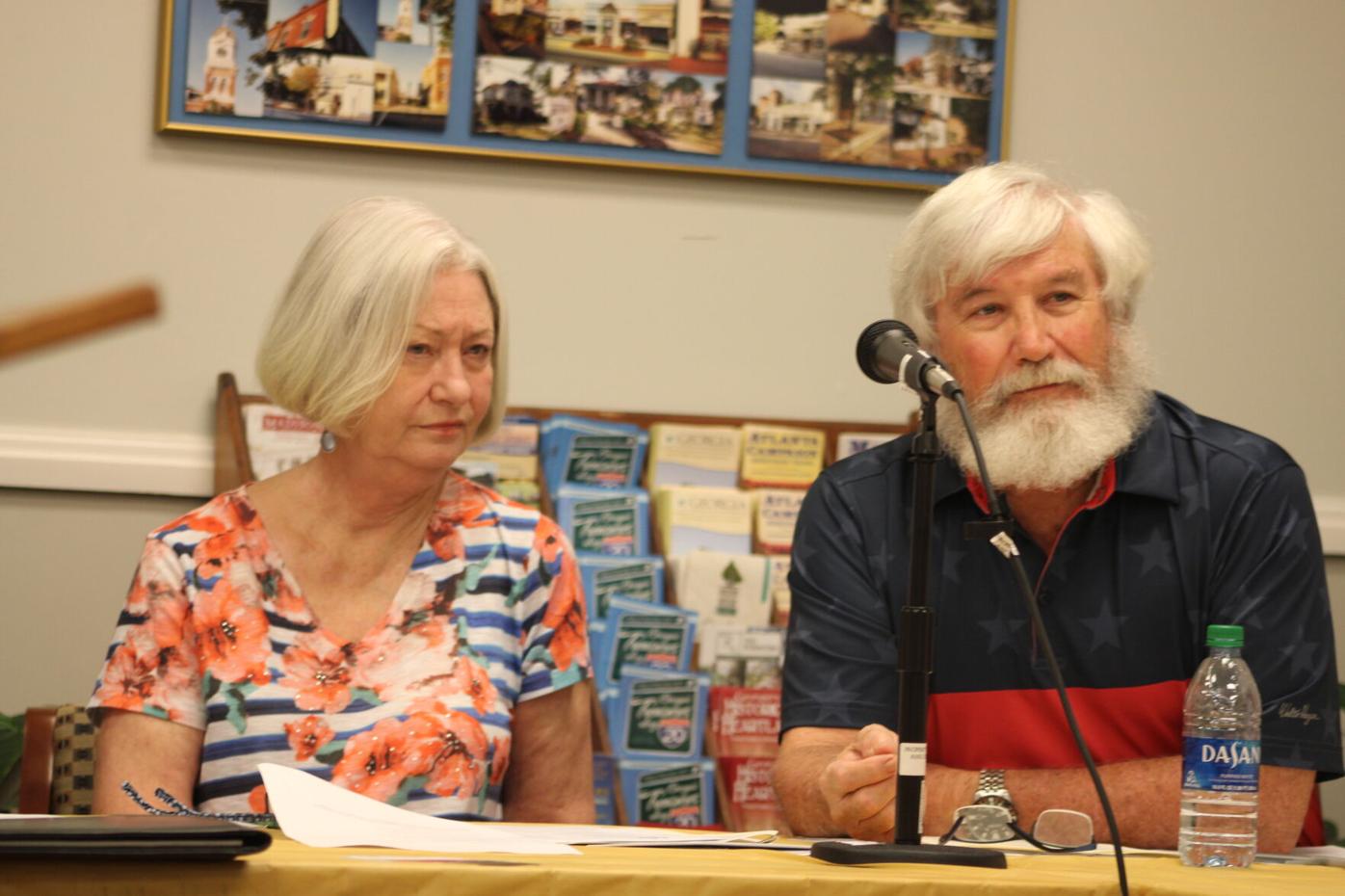 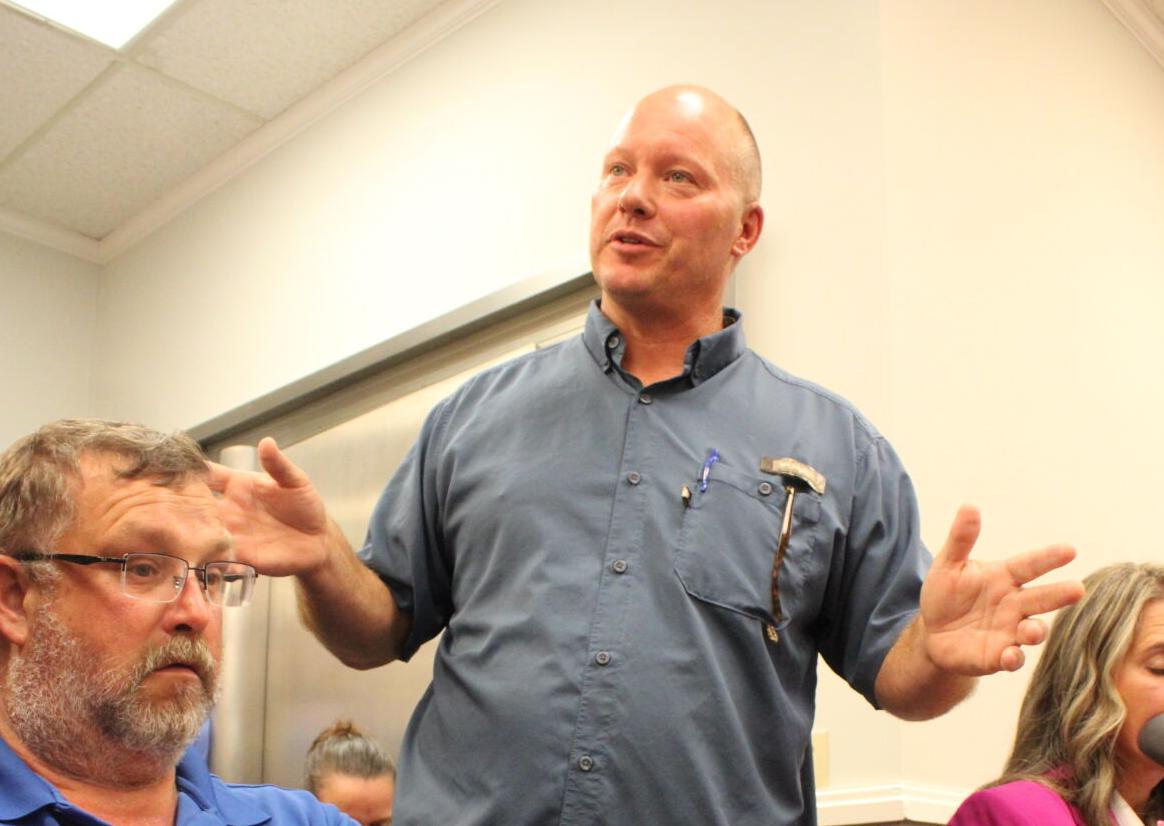 At last month’s Rutledge City Council meeting, Spencer Knight, former mayor of Rutledge, defended his proposal to build a subdivision in the heart of downtown Rutledge on Fairplay Road. Knight submitted a letter of withdrawal to the Council on Sept. 13. 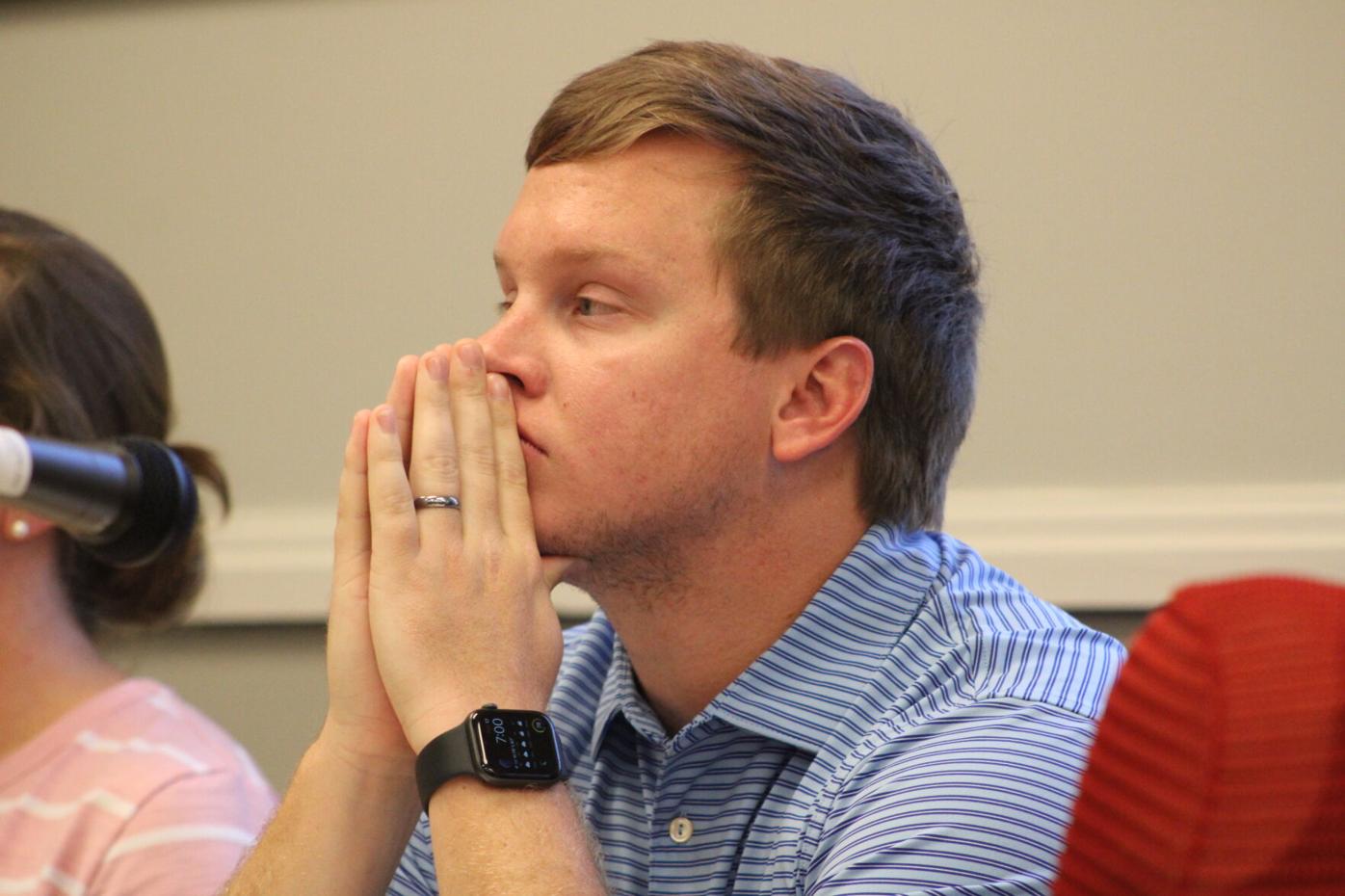 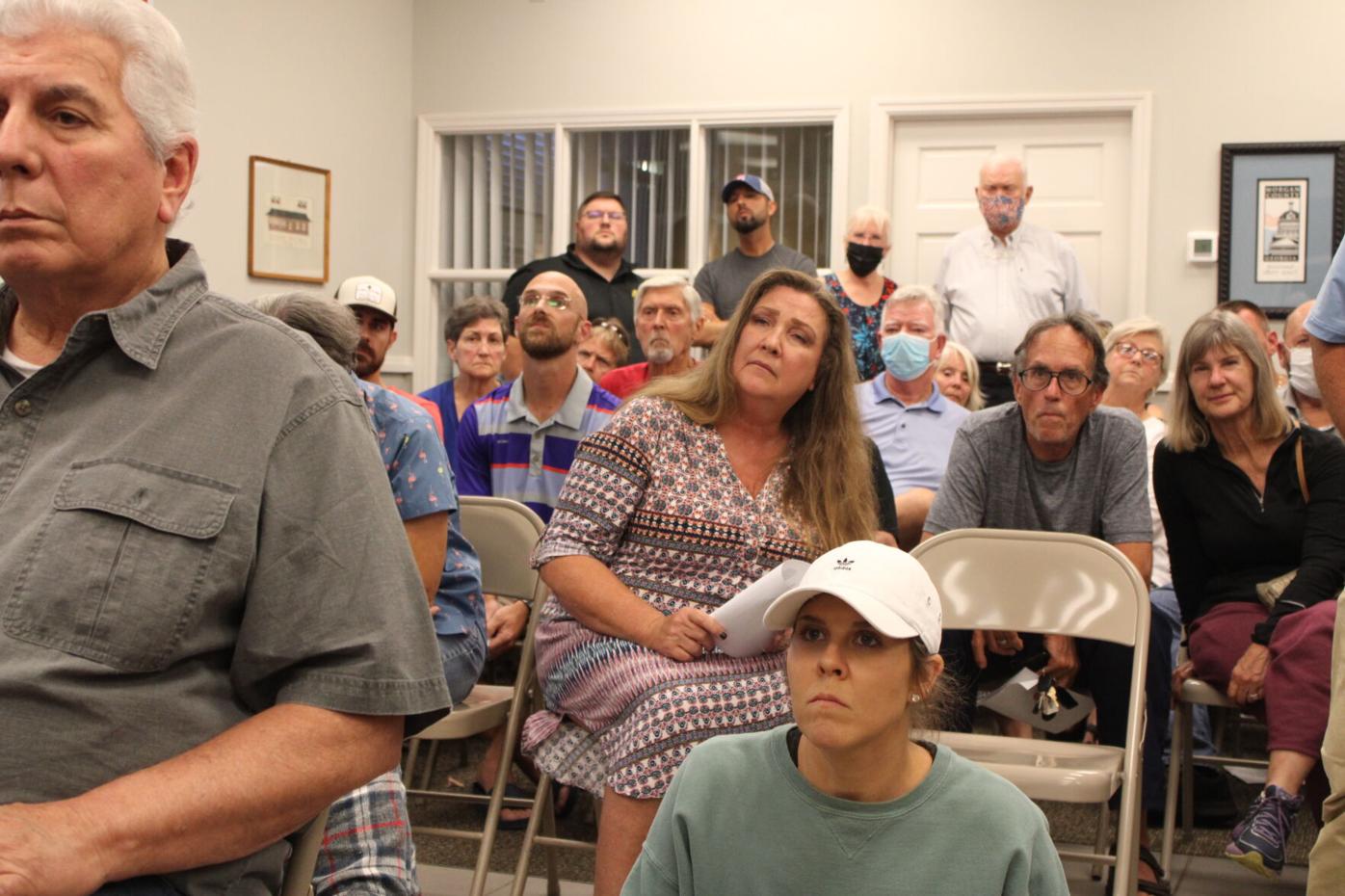 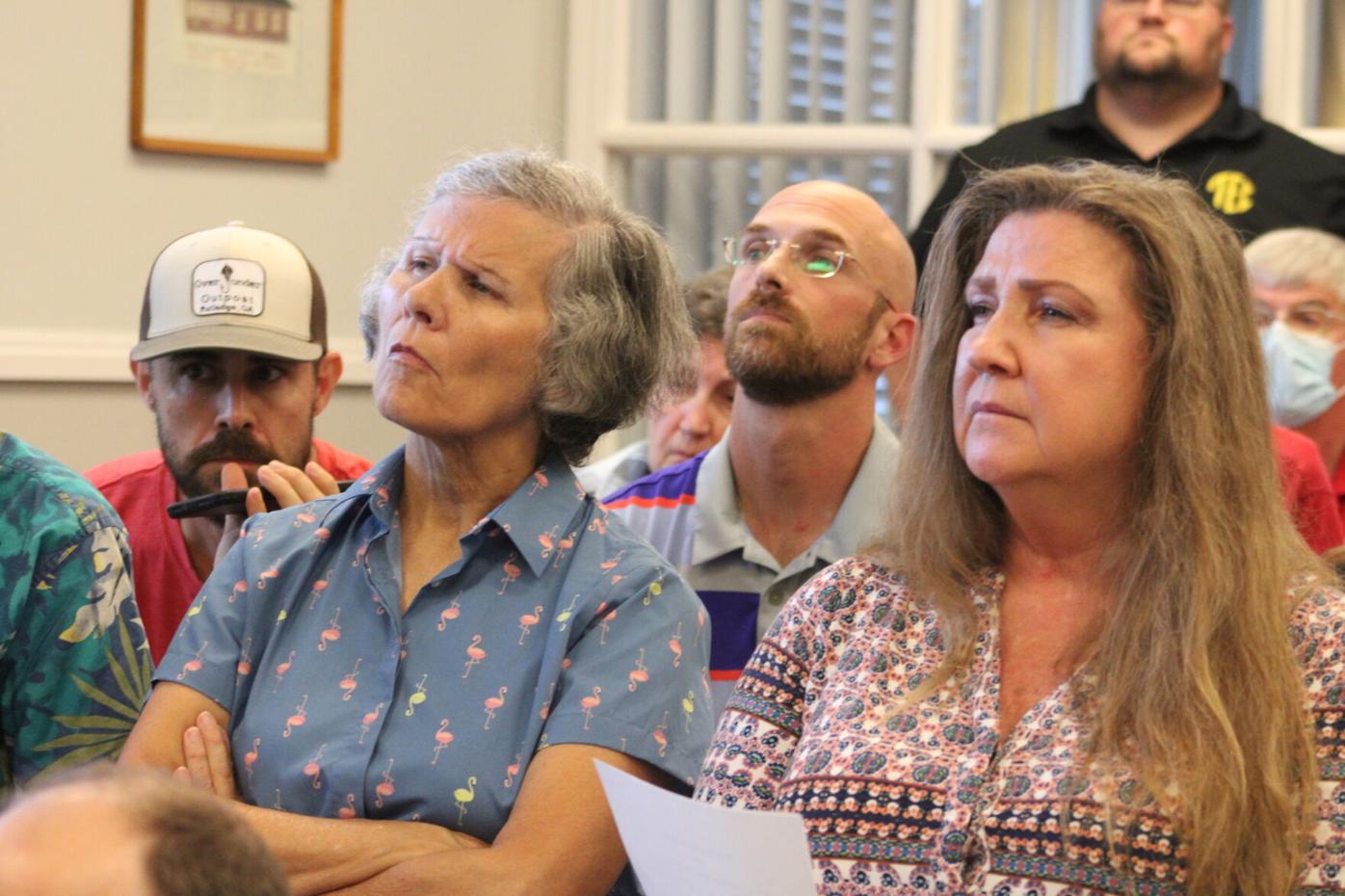 About 125 people crammed inside Rutledge’s City Hall for a public hearing about the proposed subdivision on Aug. 17.

At last month’s Rutledge City Council meeting, Spencer Knight, former mayor of Rutledge, defended his proposal to build a subdivision in the heart of downtown Rutledge on Fairplay Road. Knight submitted a letter of withdrawal to the Council on Sept. 13.

A proposed subdivision in the heart of downtown Rutledge has the “Small, but Special” community in an uproar, prompting the Rutledge City Council to table a rezoning necessary for the project to move forward.

About 125 Rutledge residents crammed into city hall, overflowing into hallways, backrooms, and even outside on Tuesday night to voice their opposition to a proposed subdivision that could add up to 50 houses, between 1,800 to 2,000 square feet, on Fairplay Road.

After all sides were heard during a nearly two-hour public hearing, the Rutledge City Council unanimously voted to table two zoning requests, filed by former Rutledge Mayor Spencer Knight, which is the first step required for the land to be developed as a subdivision. The crowd was appeased, but it may not last for long. The Rutledge City Council tabled the rezoning request until the next regular meeting on Tuesday, Sept. 17, when the council is expected to render a final vote.

During the meeting, Knight along with two other supporters, Justin Kennedy and Miles Buzbee, spoke in favor of the residential subdivision. More than 25 others signed up to speak against the project, though not everyone was given the opportunity to speak. Even more people indicated their opposition to the proposed subdivision during the public hearing.

Critics claimed that the lot sizes requested for the subdivision, a half acre, is too small and goes against Rutledge’s historic character. Other concerns included insufficient city infrastructure, inadequate water supply, increased traffic, and the dangers of heavy machinery during construction so close to the city park where children regularly play and cross the street.

Proponents said that Rutledge must grow to thrive and survive and to keep existing local businesses alive. Knight promised that the subdivision would be beneficial to the community and be constructed well.

“I hope any misinformation y’all had was answered,” said Knight after County Planner Tara Cooner presented the details of the proposed project. “I did not want to divide the community and I still don’t.”

Justin Kennedy spoke in favor of the proposed subdivision, chiding the crowd for spreading false rumors about the project and about Spencer Knight.

“I am blown away over how insane this has gotten,” said Kennedy, who noted several long-time friends in the community are no longer speaking over the proposed project.

“Rutledge is changing no matter what,” said Kennedy. “Your community is either growing or dying, there’s no such thing as a stagnant community. Growth is happening, what matters is who is leading this growth.”

Kennedy argued that a new subdivision would help local small businesses and that currently Rutledge’s population isn’t enough to sustain most local businesses in town.

“If our city doesn’t continue to grow, it will go the other direction and it will die,” said Kennedy.

But opponents argued that they were not against new growth in general, but that this specific proposed subdivision would not be a good fit for the community and that the city itself does not have adequate infrastructure to support growth. Some of the skepticism is due to another Rutledge subdivision, The Falls, in which opponents pointed to as rife with problems.

“Rutledge does not have the means or resources to maintain the infrastructure of a new development,” Wesley Johnson, who criticized the city’s water and sewer capabilities. “The infrastructure should be improved before we grow. It’s not ready to handle any more growth.”

Johnson, who spoke on behalf of other opponents present to save time, also addressed the proposed lot-sizes. “We are not against the subdivision. We are against the half-acre lot, the third-acre lot that does not match the existing Rutledge feel.”

Joey McGrew, an EMS worker, argued that public safety services, such as police, fire, and ambulances, already have long response times to the existing population and adding another subdivision would just add to the problem

Sherry Kelly raised concerns about the proposed subdivision’s proximity to the city park and worried that the construction process would be dangerous for local children who play nearby, as well as the eventual added traffic from new residents.

“I want Rutledge to grow, but we need houses with more acreage,” said Kelly. “We are not angry that we are growing, we just don’t know how we are going to handle this.”

The Rutledge City Council inquired about increasing proposed lot sizes and other issues, while frequently being interrupted by the interjecting crowd.

The property is currently owned by Rutledge resident Rick Bradford.

Cooner explained that approximately 25 percent of the property is located in a designated flood plain that demands that development is restricted to 100 feet of the floodplain line. She said, based on a preliminary plat delivered by Knight, the subdivision would consist of a single road entrance from Fairplay Road.

Residential 2 zoning, she said allows for a minimum lot size of a half-acre but based on the topography of the property, she believes lots would have to be larger. She also said Knight would have to produce a traffic study on the project along with proposed water detention facilities based on run-off and drainage basin calculations.

The council unanimously voted to table the rezoning requests until the next regular meeting on Tuesday, Sept. 17 at 7 p.m. to be held at Rutledge City Hall.

The developer behind a proposed 70-acre subdivision near downtown Rutledge has withdrawn his application. According to a letter dated Sept. 13…