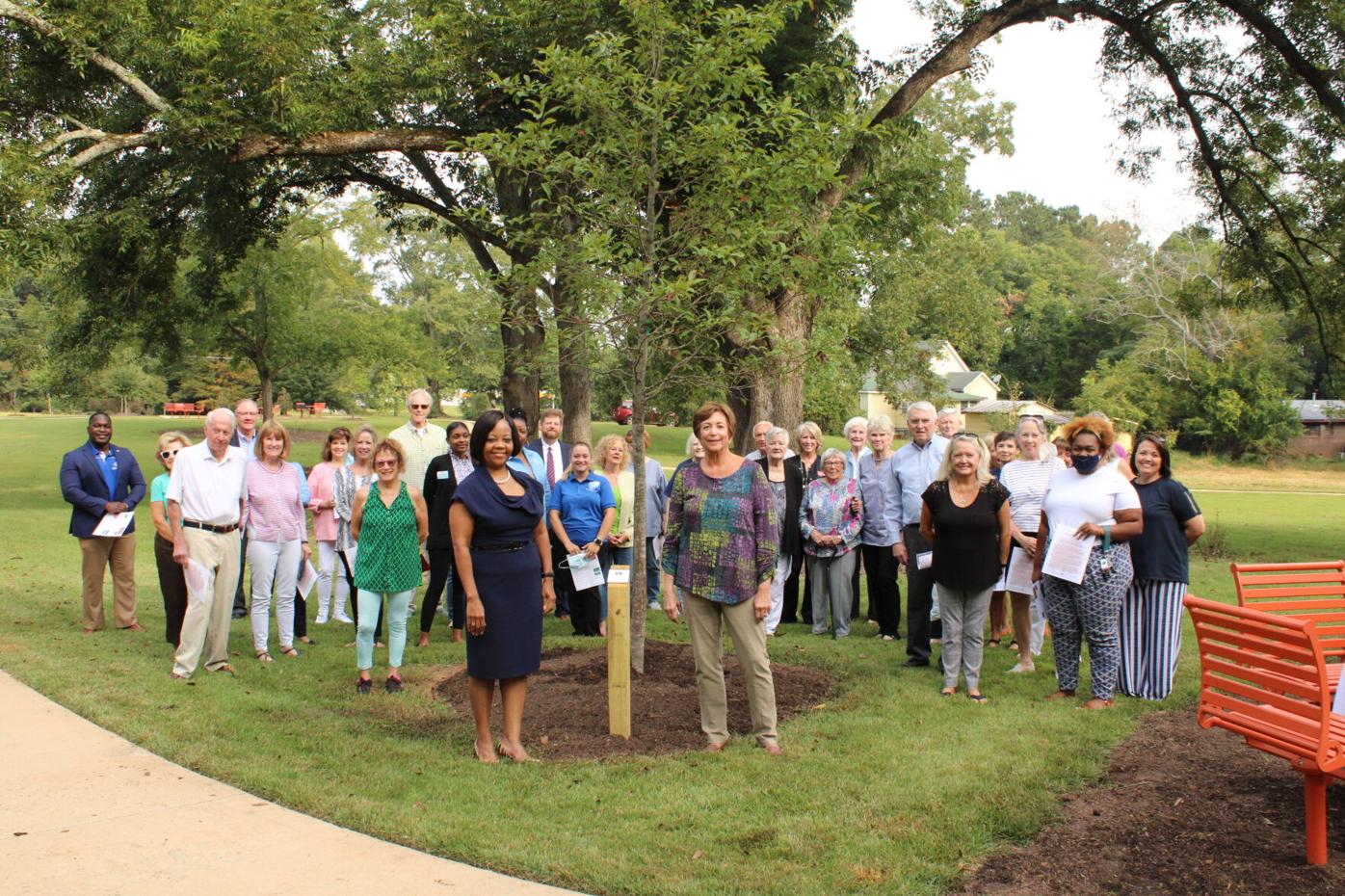 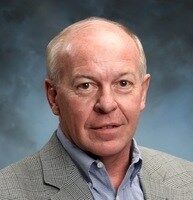 Carl Marhaver, who passed away in 2020, was celebrated on Thursday, Sept. 30 with a special tree dedication ceremony in Lambert Park for his decades of support to Ferst Readers, a nonprofit organization founded by his wife, Robin Ferst Marhaver, that delivers free books to young children. 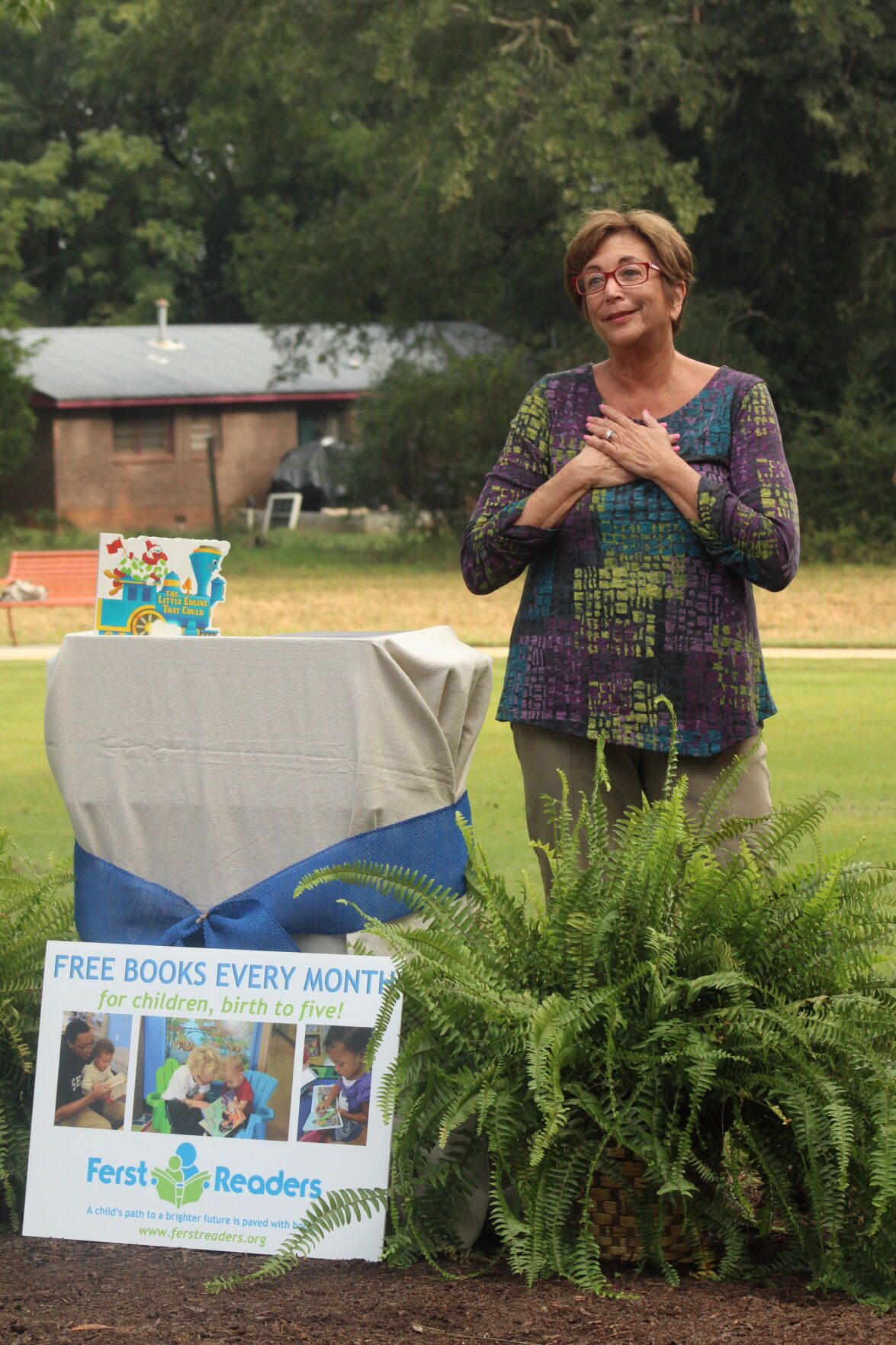 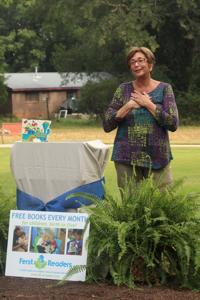 Robin Ferst Marhaver was moved with emotion to see all of her old friends and volunteers show up at Lambert Park in Madison last Thursday for a special tree dedication in honor of her late husband Carl Marhaver. 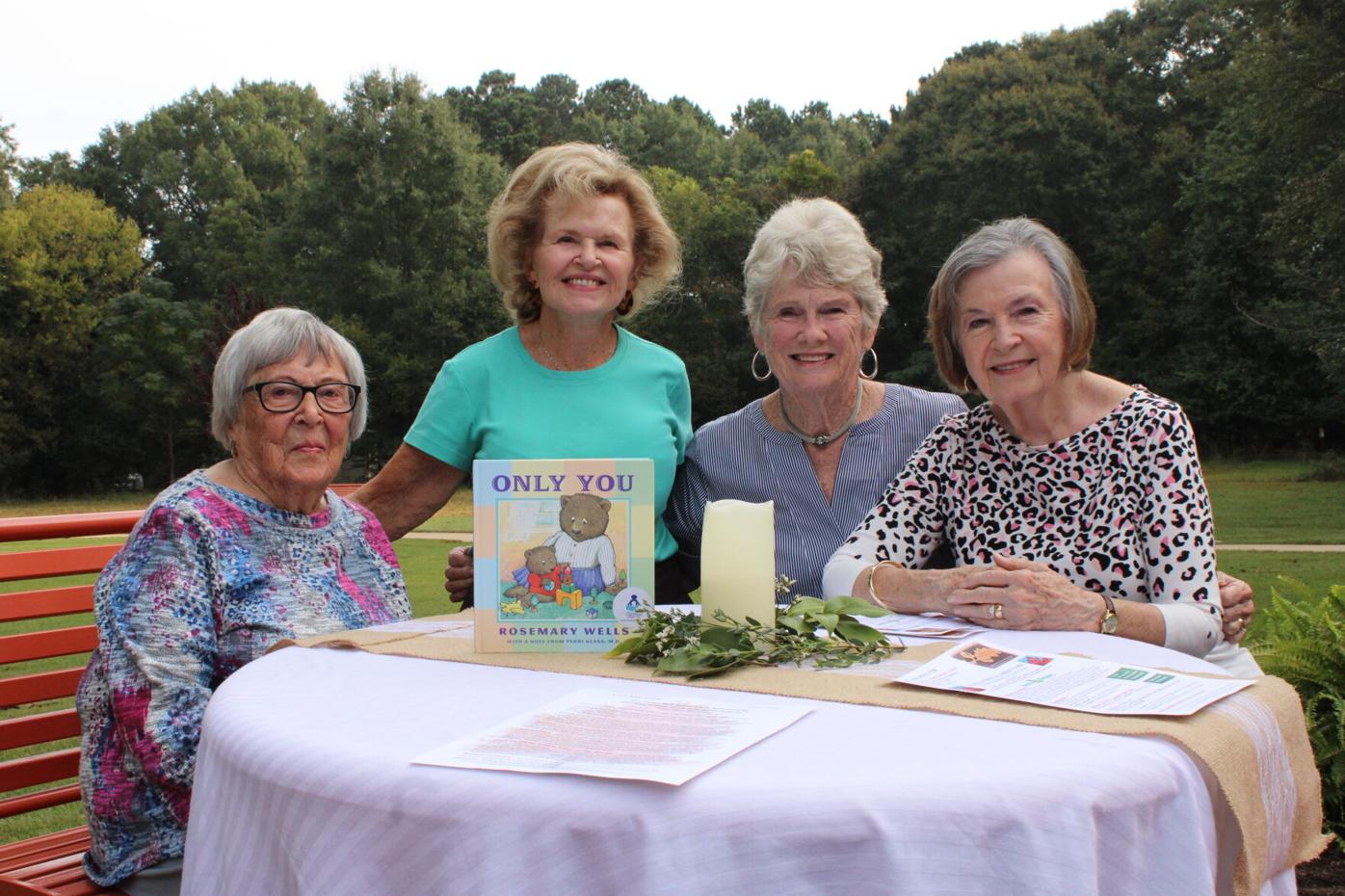 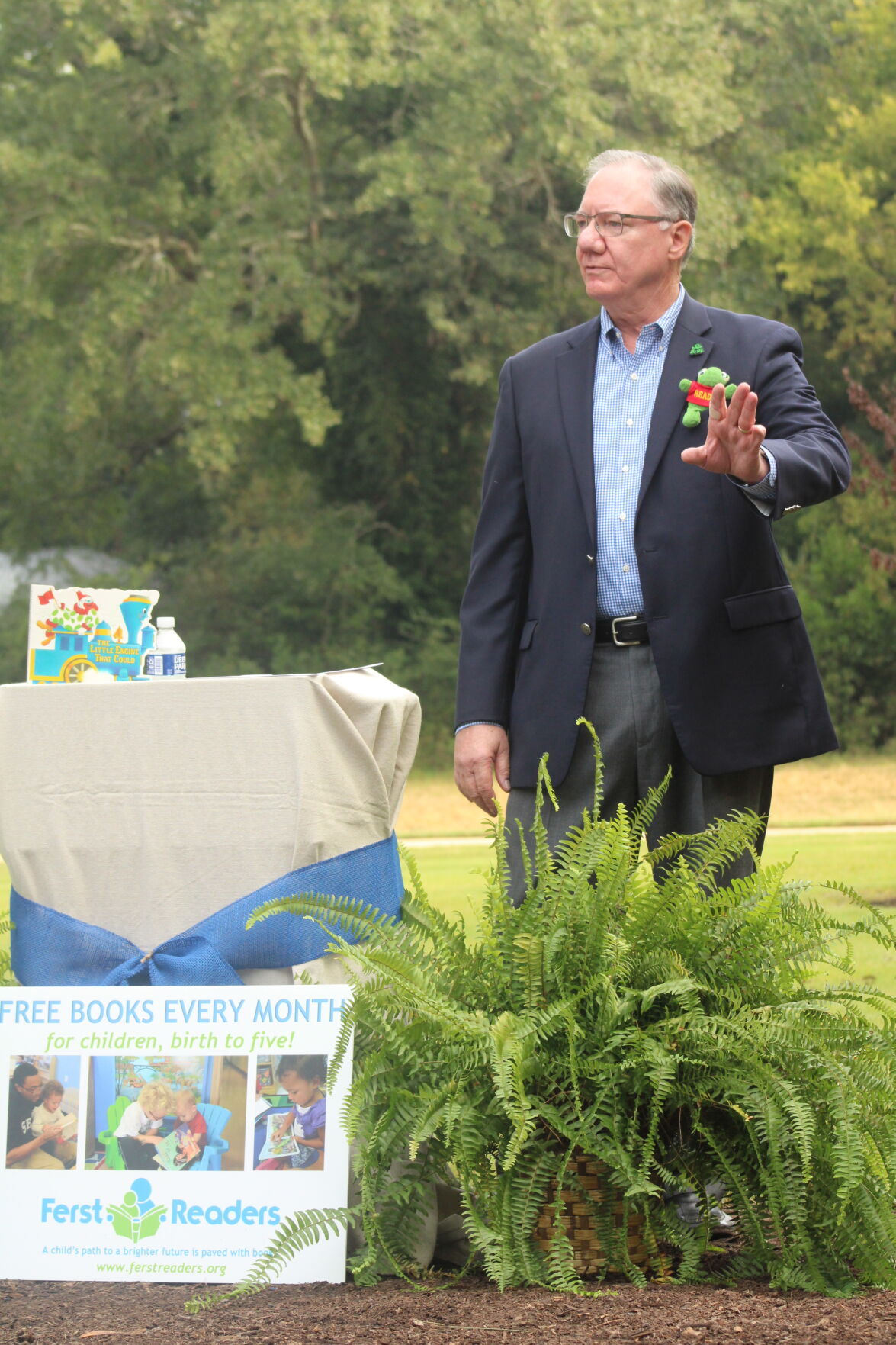 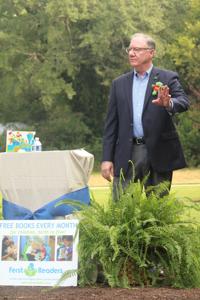 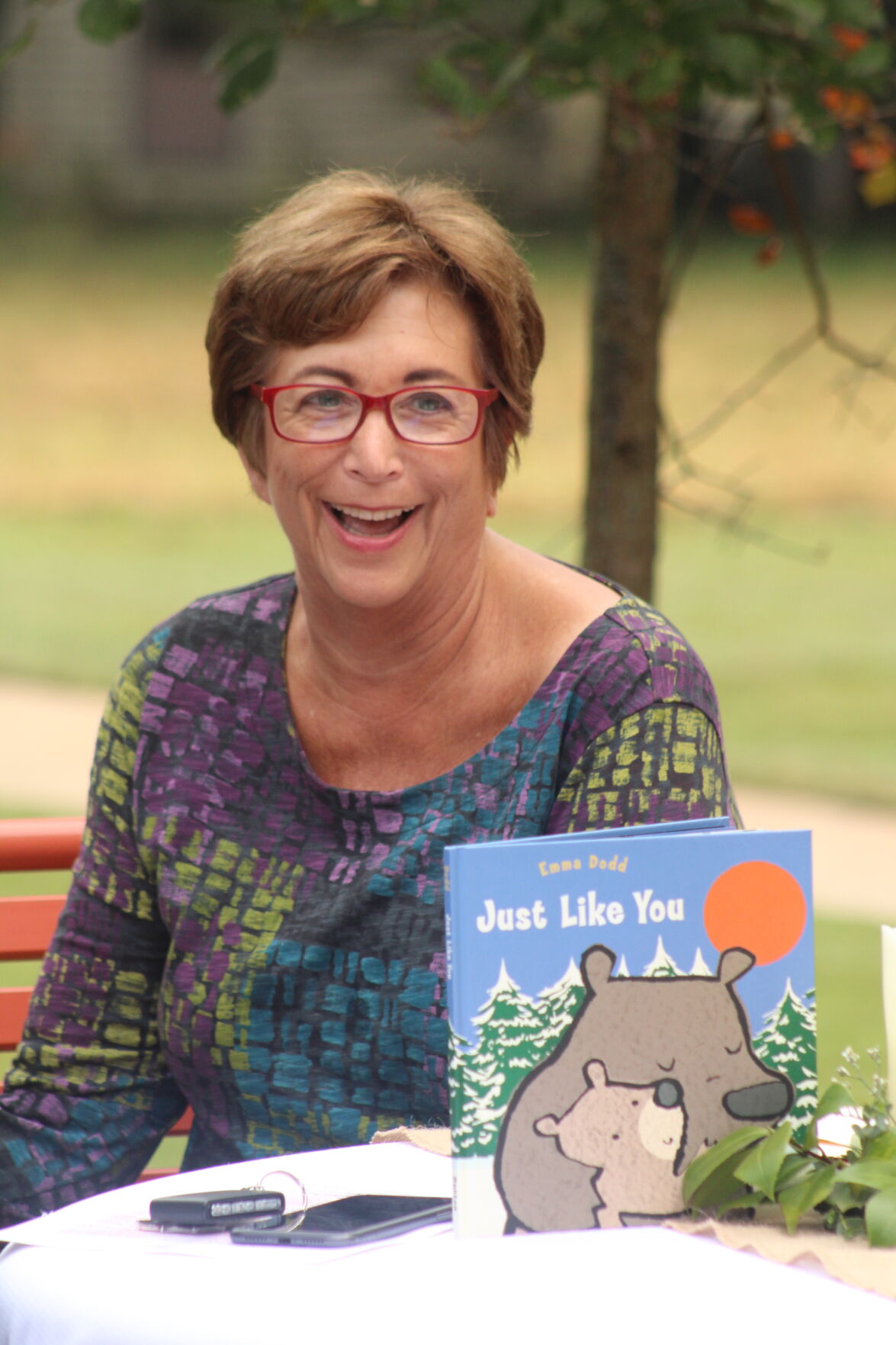 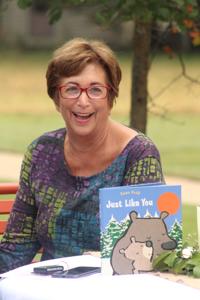 Carl Marhaver, who passed away in 2020, was celebrated on Thursday, Sept. 30 with a special tree dedication ceremony in Lambert Park for his decades of support to Ferst Readers, a nonprofit organization founded by his wife, Robin Ferst Marhaver, that delivers free books to young children.

Robin Ferst Marhaver was moved with emotion to see all of her old friends and volunteers show up at Lambert Park in Madison last Thursday for a special tree dedication in honor of her late husband Carl Marhaver.

There’s an old saying, “Today a reader, tomorrow a leader.” This sentiment encapsulates the vision of Robin Ferst Marhaver and her late husband Carl Marhaver— a vision of providing young children with opportunities to read in hopes of planting seeds for a brighter future.

For 20 years, the Madison couple pursued this goal through Ferst Readers, a non-profit founded by Robin and vigorously supported and promoted by Carl. Since its founding, Ferst Readers has distributed millions of free books to young children across seven states.

Last Thursday, about 50 people gathered in Lambert Park in Madison to plant a tree in Carl’s memory and celebrate the life of Robin Ferst Marhaver. Mike Conrads, president of Lane Conrads Corporation, presided over the dedication ceremony, praising the Marhavers’ contributions to the community and beyond. A Tupelo tree, known to bloom in bright red every fall, was planted in Carl’s memory in Lambert Park.

“His legacy is honored by planting this tree for future generations,” said Conrads at Thursday’s dedication ceremony. “He added value to everything he did.”

And that’s exactly what Carl did when it came to Ferst Readers. While Robin founded the organization and worked with local community members to establish the non-profit in Madison, Carl expanded the vision beyond Morgan County and recruited businesses across the country to sponsor the program, securing millions of books for thousands of young children.

“Robin got him hooked,” said Conrads. “He was able to open doors through the entire country for Ferst Readers.”

According to Conrads, during the first 20 years of Ferst Readers, the program has impacted more than 100 communities across seven states, with 300,000 participating children and more than 7 million free books given away.

Carl, who passed away in 2020, built a long and successful career in refining, business development and operations management, primarily with Koch Industries, Inc., Wichita, KS, Pine Bend, MN, and Atlanta. Carl retired as President of Georgia-Pacific Packaging Division in 2014 and led an Executive leadership consulting practice with Marhaver Associates, LLC, until his death.

Conrads praised Carl for not only his business savvy, but his personal life marked by love and generosity, living as a caring husband, father and grandfather. Conrads recalled how when Carl would leave the house every morning for work, he’d bid Robin farewell with the phrase, “If I don’t see you again, it’s been grand.”

Robin reflected on the grand life the couple created together and the organization that has impacted thousands of children, setting them upon a firm foundation for their future education and career aspirations.

It all began with a chance conversation that would seal Robin’s fate as a literacy advocate. A local Madison executive, Dan Vice lamented that a shocking number of employee applicants simply could not read well enough to be hired.

Confronted with the prevalence of weak literacy skills, Robin wanted to invest in the lives of young children to ensure they were prepared to make it in the world. And what better way to do that than to instill a love of reading into the hearts of young minds?

Robin credited Patrick Yost, then Chief Editor of the Morgan County Citizen for publicizing the program and printing registration forms in the newspaper, which drew enough participants to surpass the 200-threshold, which was needed for Ferst Readers to acquire a discounted bulk shipping rate.

“We wouldn’t have made it if Madison and Morgan County had not come to our rescue,” said Robin during Thursday’s tree dedication.

Robin retired from Ferst Readers in 2020, passing the torch to the organization’s current president Davida Morgan Washington to carry on the group’s mission. Robin has lived in Florida for several years and said she was moved to see so many Madison folks show up to celebrate the dedication of the Tupelo tree in honor of Carl.

“Thank you for welcoming us home again,” said Robin.