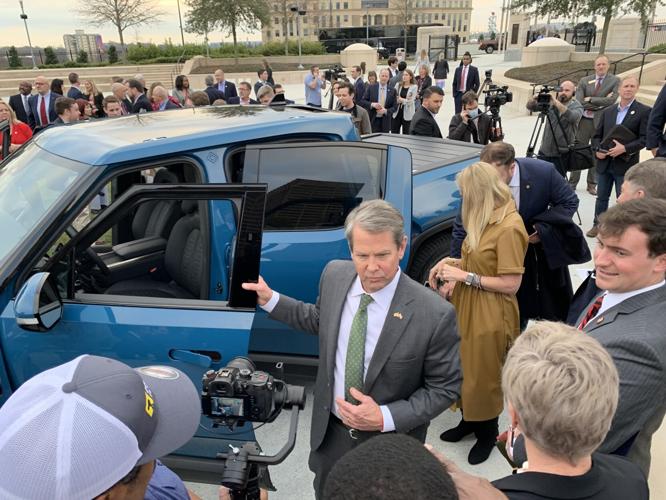 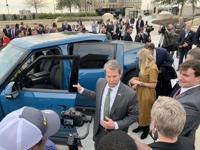 Georgia Governor Brian Kemp exits a Rivian Pickup Truck ahead of his December 2021 announcement that the electric vehicle manufacturer plans to open a new $5 billion plant in Morgan and Walton counties. 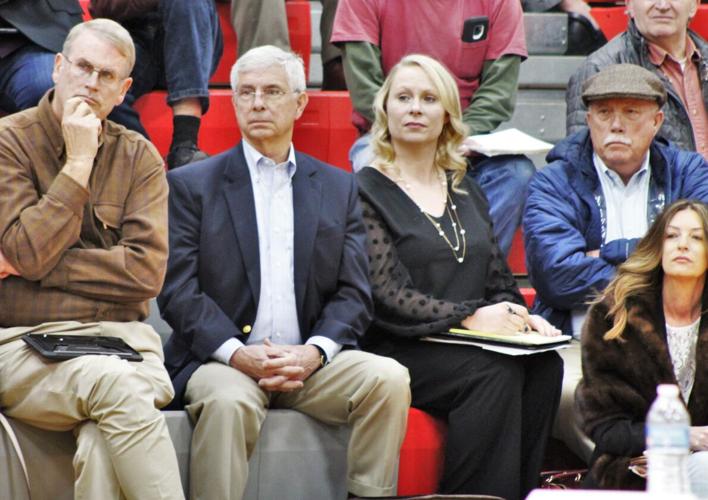 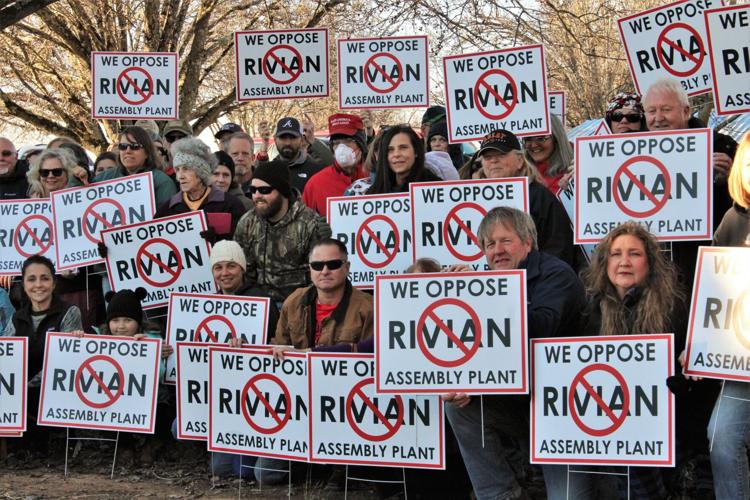 More than 2,000 people have joined the Anti-Rivian Movement that began out of Rutledge. Opponents were planning to attend en mass to protest the Rivian rezoning hearing this Thursday in Morgan County before it was cancelled and the State of Georgia announced it would be taking over the Rivian development, bypassing local rezoning hearings.

The State of Georgia is taking over the controversial Rivian Automotive development project which will allow officials to bypass local rezoning hearings previously required in Morgan County and the City of Social Circle.

The State of Georgia will take ownership of the 2,000-acre site that spans across Morgan and Walton counties, in order to “streamline” the development process.

Even though the state’s ownership of the land will exempt the Rivian Automotive project from going before Morgan County’s Planning Commission and Morgan County Board of Commissioners for rezoning approval, state officials and the Joint Development Authority (JDA) are pledging to comply with local zoning ordinances pertaining to groundwater and to work with the public to address concerns over the imminent $5 billion electric vehicle manufacturing plant.

“As we are moving forward with this significant project, we and the Joint Development Authority (JDA) of Jasper, Morgan, Newton, and Walton counties, are announcing today that Georgia Department of Economic Development (GDEcD) is establishing a consolidated approach for environmental compliance, public input, and community benefit,” said GDEcD Commissioner Pat Wilson.

“By taking these steps together, our goal is to streamline the entire project process, giving community members a strong voice throughout. We will continuously work with our city and county governments to ensure that every concern is heard and every question answered.”

Wilson goes to to promise to form local partnerships to address community concerns, which has prompted an aggressive local Anti-Rivian movement of more than 2,000 staunch opponents to the project.

“We will collaborate with local leaders to build out a robust process and structure for local advisory committees to give area residents a voice as plans develop. We are preparing staff resources from across state government to support this effort, and look forward to providing additional details and timelines on these particular measures in the near future,” said Wilson.

“Rivian will become part of the fabric of the communities it touches. Its positive and far-reaching effects for schools, small businesses, landowners and residents, hospitals, civic organizations, and beyond will transform the region for generations to come. Alongside Rivian and our community partners — we are excited to start this adventure.”

The move comes on the heels of the Morgan County Planning Staff report that urged county leaders to impose 26 strict conditions on the Rivian project before voting to approve the 15 rezoning applications that would affect 28 parcels of land in Morgan County.

Many of the conditions proposed would have required Rivian to go above and beyond local zoning ordinances requirements. The JDA asked the Morgan County Planning Commission to table the hearing slated for this Thursday. Behind the scenes, the JDA issued a letter last week nudging state officials to take over the project.

“We appreciate the perspective in [the JDA’s] recent letter that the State of Georgia consider taking the lead on next steps with the Rivian Automotive project. We believe that this approach will enable the State to provide additional resources to improve the process of public input and feedback by consolidating it into a single forum rather than three individual jurisdictions that have separate rules, regulations and ordinances,’ said Wilson.

The JDA’s letter to Wilson, dated Feb. 18, 2022, urges the state to “take the lead” on the Rivian development, acknowledging that the state would need to take ownership of the site in Morgan and Walton counties in order to do so.

“Despite our robust experience and capable team, the challenge the JDA is facing with the Rivian project is providing the level of public input and response that citizens spanning four counties are seeking and deserve. For this reason, the State of Georgia should consider taking the lead in the next steps on this historic project...We understand that for the State of Georgia to carry out this process, it will take title to the real estate,” said the letter signed by the JDA Chairman Jerry Silvio, and all four county commission chairmen, including Morgan County Chairman Ben Riden.

Riden insists that he only signed the letter to acknowledge that the state was considering taking over the project, not in support of the state take over.

“My signature on that letter was merely an acknowledgement that this is what the JDA and State were discussing,” said Riden. “Morgan County did not ask for the state to take this over.”

The JDA’s letter called for four measures to streamline the process for the Rivian development: the creation of a public advisory board, formal assurances that Rivian will comply with all local standards for water quality and management, launch an initiative to protect the rural character of the area around the Rivian development, and the unification of zoning in Morgan, Walton and City of Social Circle to accommodate the Rivian project.

The Morgan County Citizen reached out to Morgan County Commissioner and JDA member Andy Ainslie and Morgan County Manager Adam Mestres for comment, but did not receive a reply before going to press on Monday, Feb. 21.

This is a breaking news story. Follow the Morgan County Citizen on Facebook to stay up-to-date as more details emerge.

Just one day after the State of Georgia announced its takeover of the historic $5 billion Rivian Automotive development, Rivian leaders, along…

Now that the controversial Rivian Automotive plant is out of local hands, the state of Georgia announced on March 14 the official creation of …

Sure, let’s vote for Perdue who lost his office to a democrat (Jon Ossoff) because he wasn’t all that great a candidate and put him against an arguably stronger democratic candidate (Stacey Abrams) who nearly won in 2018. Surely he won’t lose twice, right?

He’s just going to Rutledge to tell you all what you want to hear because he’s a politician. If he was in Kemp’s spot, he’d have done the same thing as him because they are all the same.

Republicans say they are for smaller government and yet they’ll do the exact same thing the democrats would have done.

One thing that won’t surprise me is people forgetting Kemp doing this to them and still voting for him come November because as long as he has an (R) next to his name, most people in these counties will vote for that.

This is unbelievable! Rivian is falling apart on Wall Street, uses hazardous material to create its product, and the Governor who said he would protect rural Georgia thinks that the best place for this industrial monstrosity, is literally, in rural Georgia.

If you need to purchase a subscription.