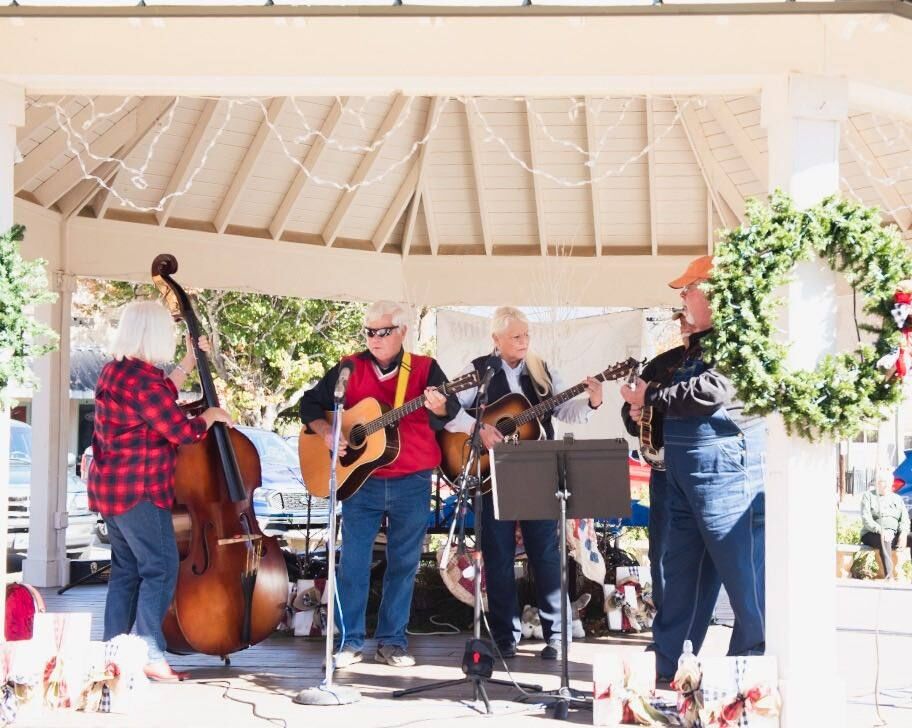 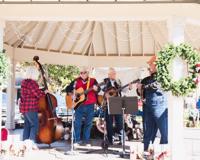 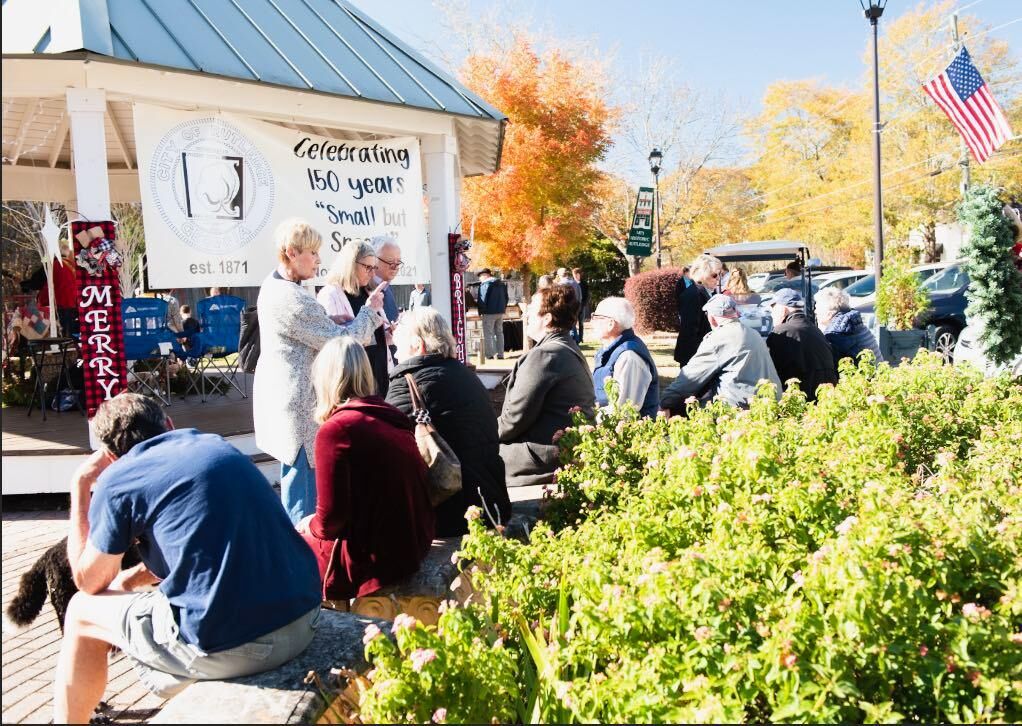 Rutledge residents gather near the city’s gazebo to celebrate the 150th anniversary of Rutledge on Sunday, Nov. 14. 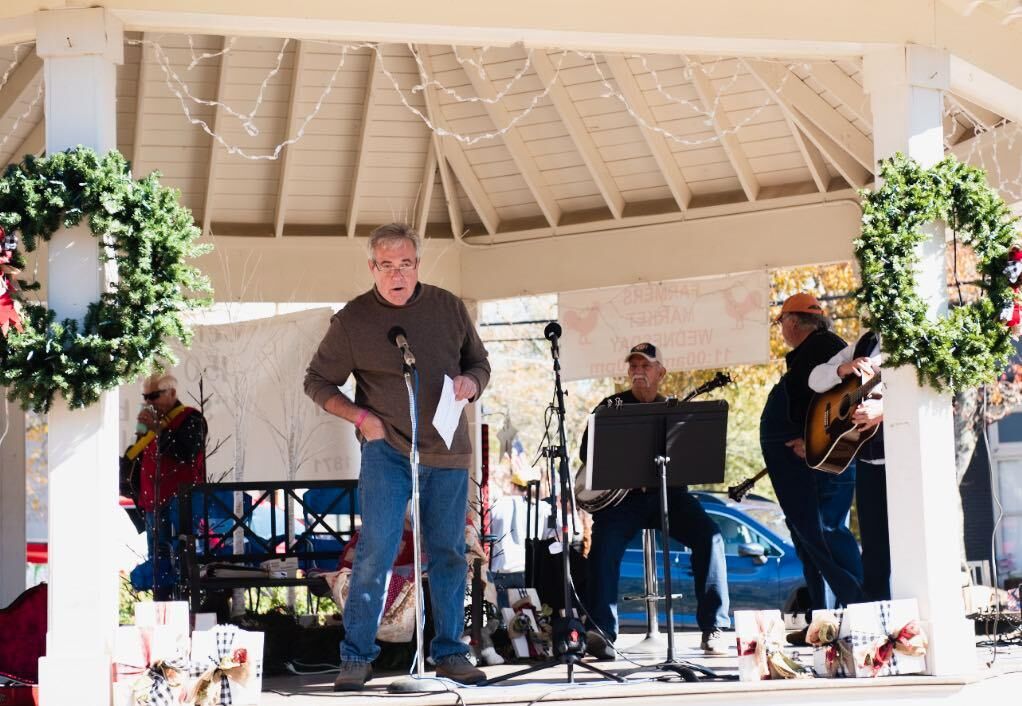 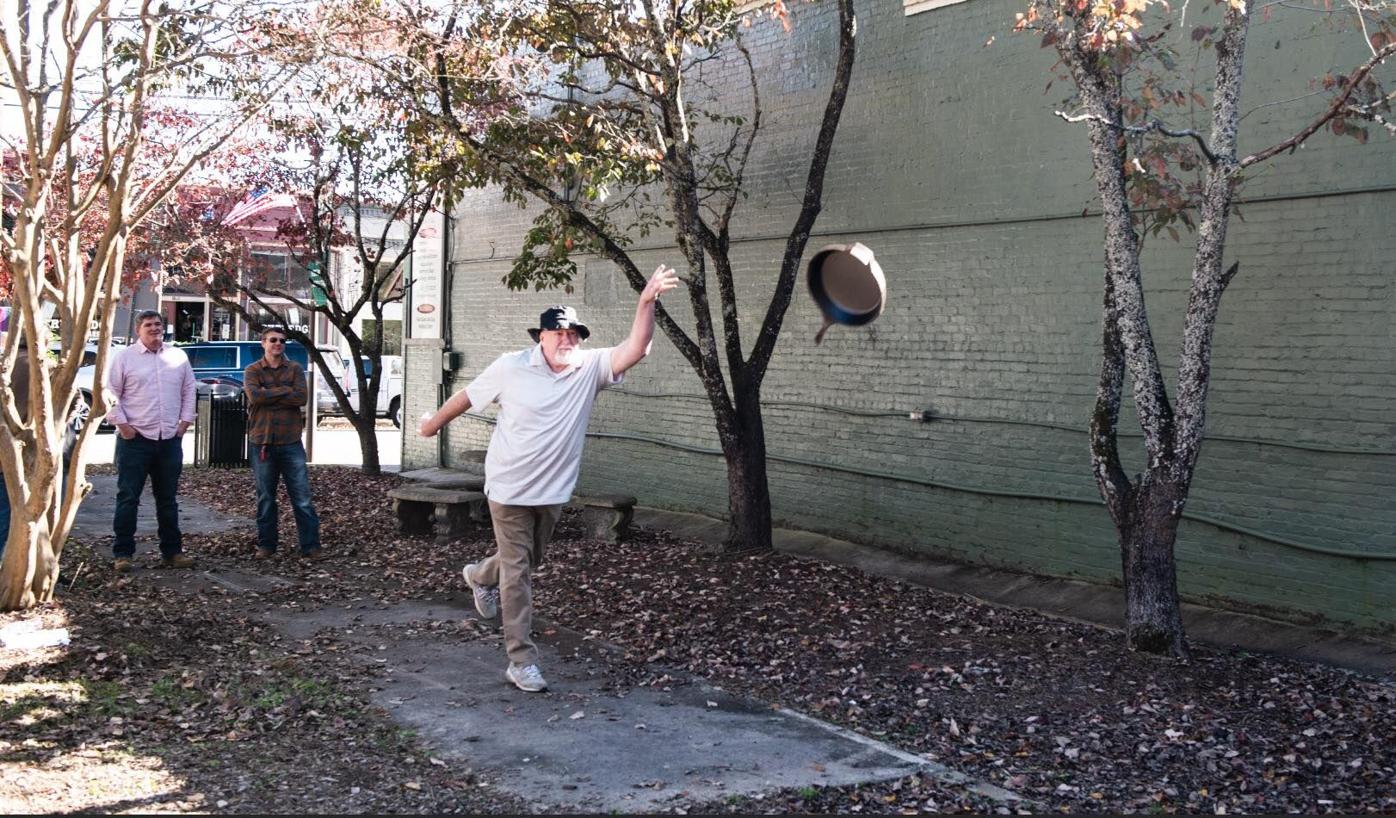 The competition was fierce in the Iron Skill Toss during Rutledge’s 150th Anniversary celebration on Sunday, Nov. 14. 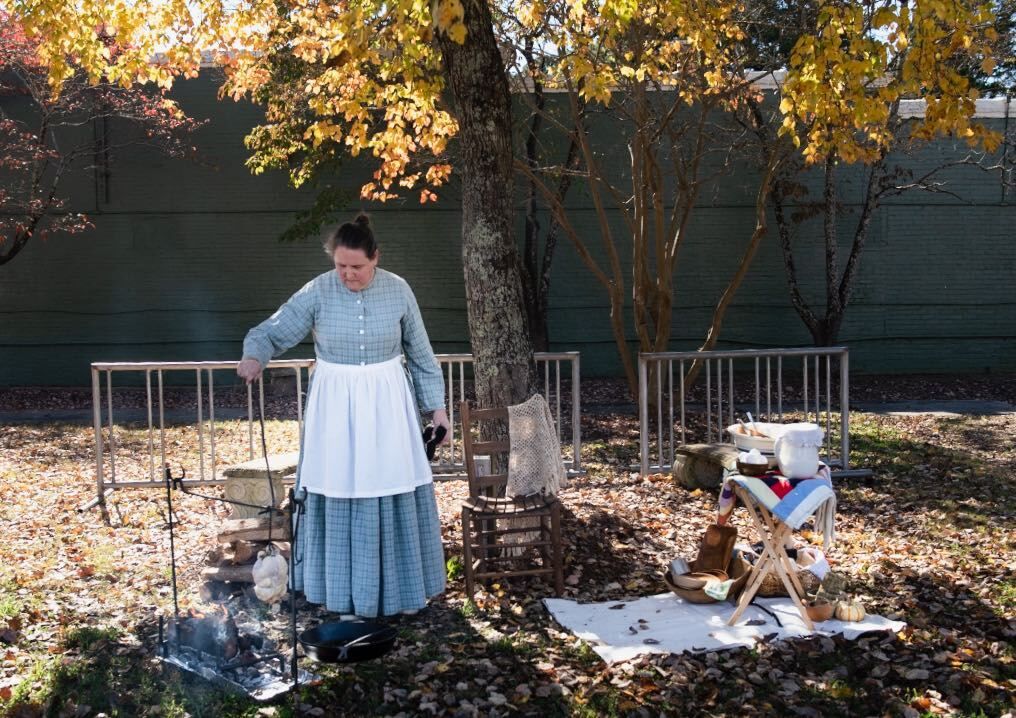 Rutledge residents gather near the city’s gazebo to celebrate the 150th anniversary of Rutledge on Sunday, Nov. 14.

The competition was fierce in the Iron Skill Toss during Rutledge’s 150th Anniversary celebration on Sunday, Nov. 14.

Last weekend, Rutledge celebrated its 150th anniversary since its original founding in 1871.

On Sunday, Nov. 14, residents gathered in the city’s town park to commemorate the historic occasion with live music, games, food, a petting farm, scavenger hunt and plenty of small-town fun.

“It was better than I expected and I had high expectations,” said Rutledge Mayor Bruce Altznauer.

The local band, “Kicking Grass Bluegrass” performed from Rutledge’s iconic gazebo while attendees played old-fashioned games such as a “Skillet Toss” competition in which players compete to see who can throw an iron skillet the farthest.

Longtime Rutledge residents with historical family roots spoke about their experiences growing up in the “Small, but Special” community.

“It was touching to hear,” said Altznauer. “Collectively, we are a family. We all have the same interests in mind. There are no problems here...Everybody, we all get along.”

Altznauer first moved to Rutledge 18 years ago after visiting Rutledge during the Christmas season. “I went home and told my wife Carol, I found the place we need to be,” said Altznauer. “We are not going anywhere.”

According to local historians, Rutledge was first named by railroad workers who nicknamed the town after the heirs of Hezekiah Rutledge.

“In the early years of the railroad, Rutledge served as the terminus of the line, and a turn table (or round house) was located here to turn engines back toward Augusta. As with many Georgia towns, the railroad brought development to the area, and a thriving civic and commercial center emerged,” reads the historical marker in Rutledge.

“The city of Rutledge was formally incorporated on Dec. 13, 1871, by act of the Georgia legislature. Early religious institutions included a Baptist Church founded in 1845 and a Methodist Church in 1902. By 1915, a six-room brick school building had been constructed in Rutledge. After the Great Depression in the early 20th century, Rutledge became the site of two Civilian Conservation Corps camps created as part of the public works program initiated by President Franklin D. Roosevelt. Their task was to create Hard Labor Creek Park, north of the city, which was originally a federal recreation demonstration area. The recreational opportunities offered by Hard Labor Creek Park brought tourists to the Rutledge area, and it is still enjoyed by visitors in the 21st century as part of the Georgia State Parks system.”

“They are the perfect team,” said Altznauer. “They threw this entire thing together and it was perfect.”

Buzbee and Ghann were eager to celebrate Rutledge’s rich heritage and charming small town legacy. The two even arranged for a time-capsule to buried next year for future generations to dig up one day.

“As a merchant of Over Yonder Outpost it was wonderful to see the amazing turnout for our small town,” said Buzbee. “I loved hearing all the stories from generations of families and seeing all the photos of what Rutledge looked like 150 years ago. We happily celebrated with sweet treats and good music. I’m looking forward to the time capsule burial in the spring.”

Altznauer is proud of Rutledge’s past and is hopeful for the the city’s future.

“We made it this far, and hopefully we will last another 150 years,” said Altznauer.