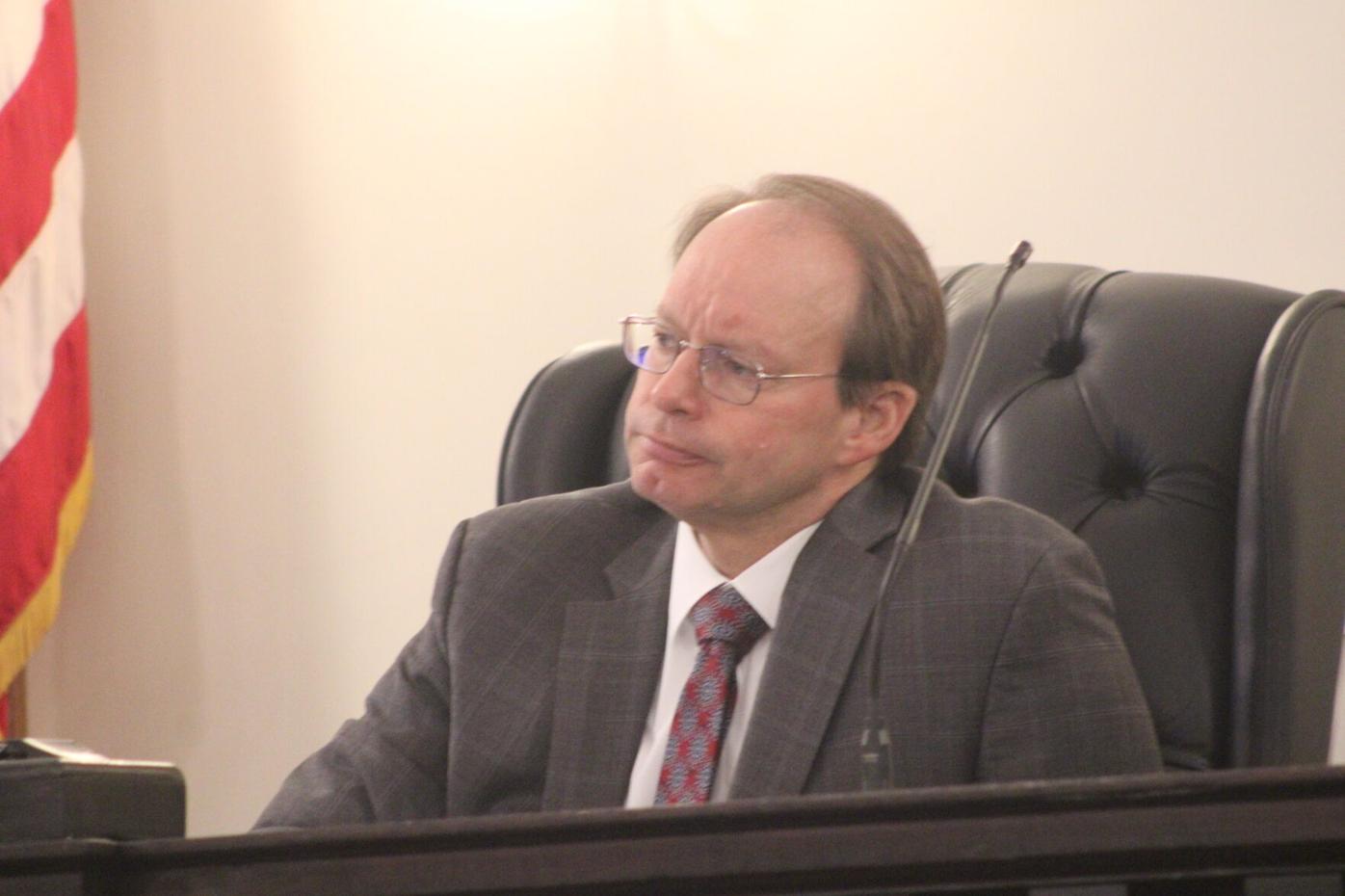 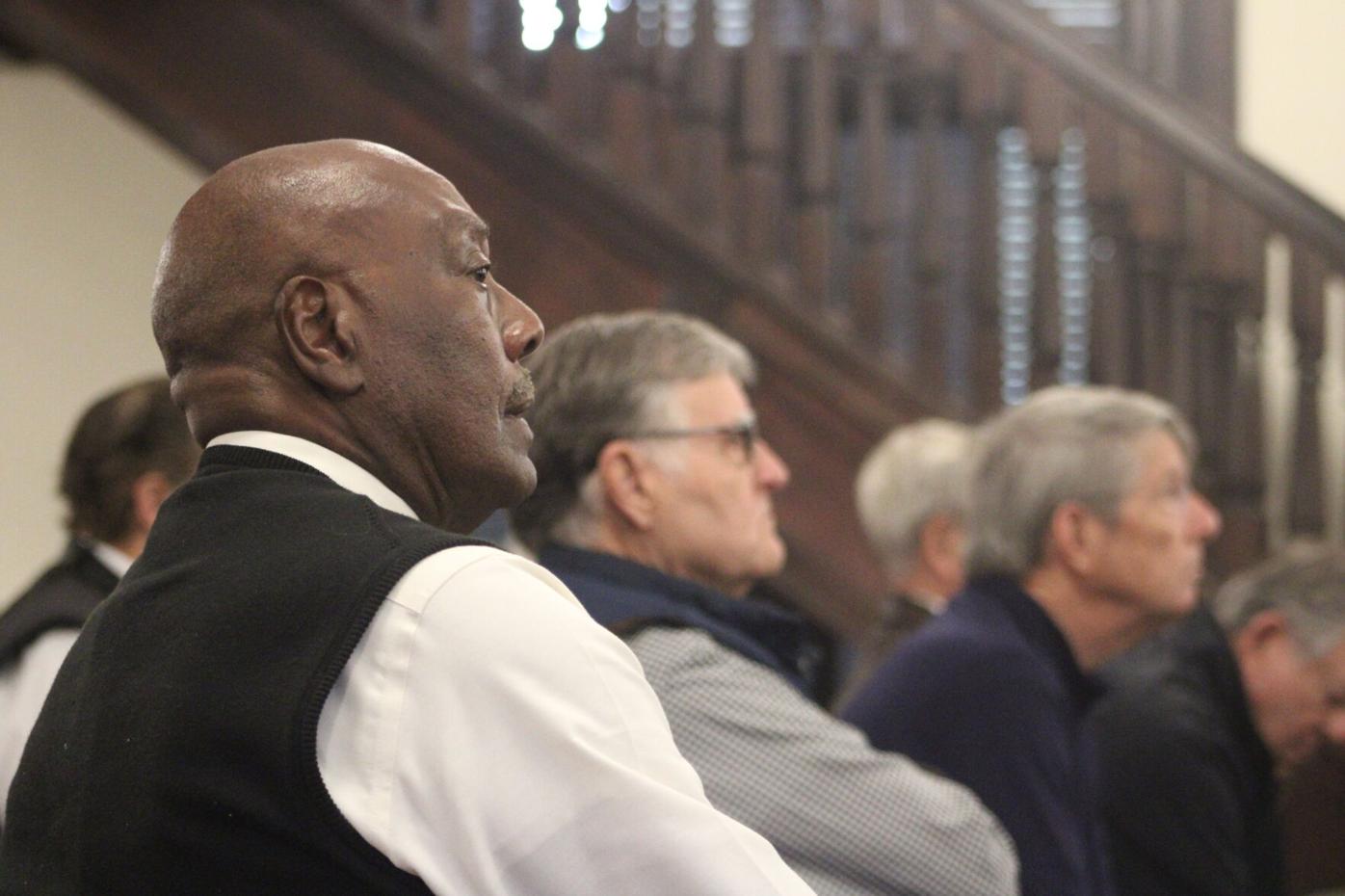 Madison Mayor Fred Perriman sits in gallery to listen to opening arguments in the first lawsuit hearing between the City of Madison and the Morgan Medical Hospital Authority on Tuesday, Oct. 26. 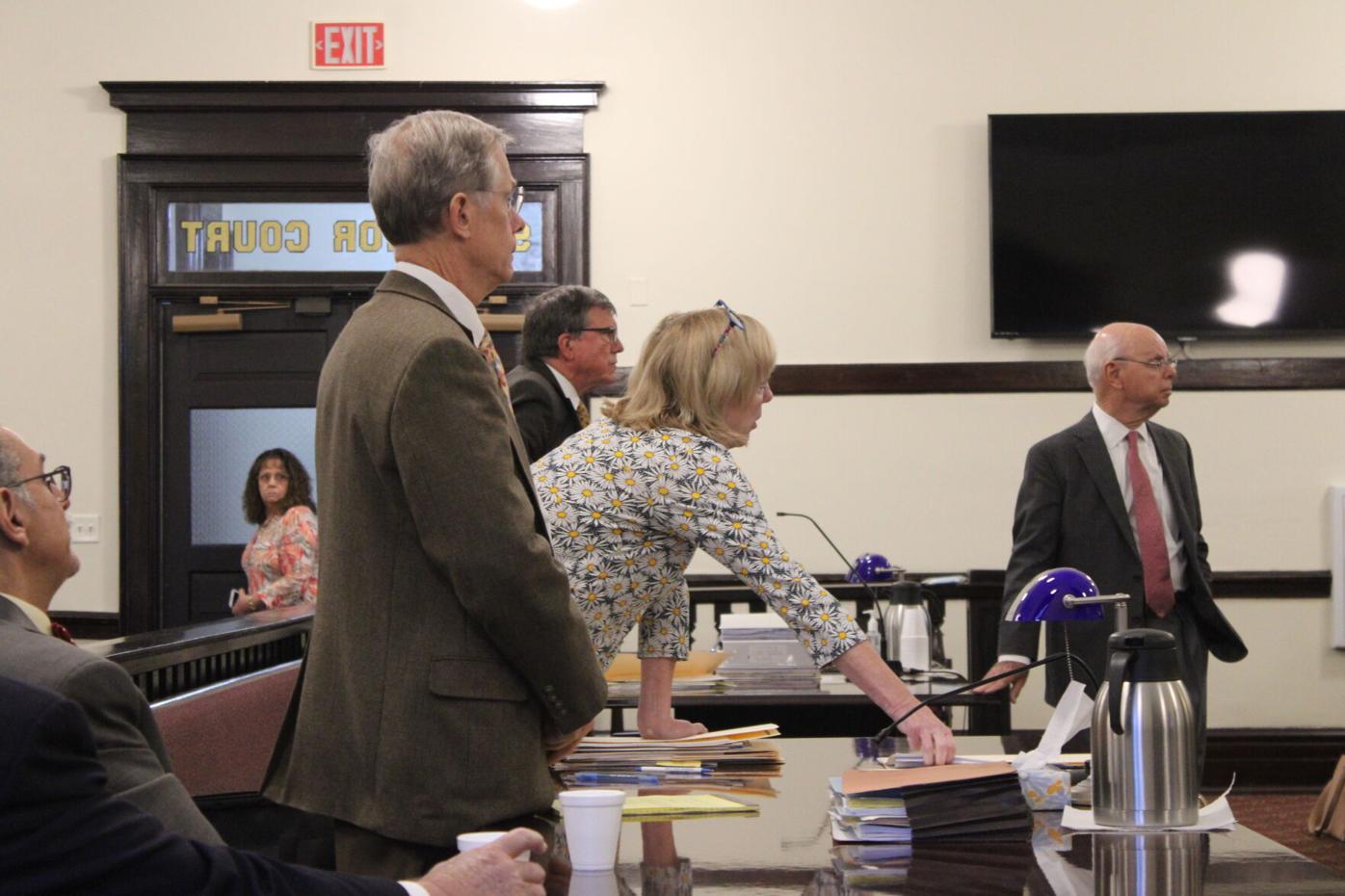 Attorneys for the hospital authority, Dick Schmitt and Kathy Zickert make their case to the judge as City Attorneys Frank Jenkins and Jim Carter wait to provide a rebuttal in the Morgan County Superior Court on Tuesday, Oct. 26

Madison Mayor Fred Perriman sits in gallery to listen to opening arguments in the first lawsuit hearing between the City of Madison and the Morgan Medical Hospital Authority on Tuesday, Oct. 26.

Attorneys for the hospital authority, Dick Schmitt and Kathy Zickert make their case to the judge as City Attorneys Frank Jenkins and Jim Carter wait to provide a rebuttal in the Morgan County Superior Court on Tuesday, Oct. 26

The City of Madison and Morgan Medical Hospital Authority are heading back to court right before Christmas to make their respective cases in the lawsuit over turning the old Morgan Memorial Hospital building into an upscale drug rehabilitation facility.

Carter requested a trial by jury and more time to review discovery documents before proceeding further in the court. Bradley will decide whether the case warrants a trial by jury at the next hearing, slated for Dec. 22.

During opening arguments, Zickert argued that since the hospital authority is a public entity established in 1957 for the purpose of public health, that they are exempt from the city’s zoning ordinance before selling the property.

Carter argued that it would be “criminal” for the city to concede automatic approval for a prospective buyer without going through the conditional use process required under the city’s current zoning ordinance.

“As far as I am concerned, the law is pretty clear cut,” countered Carter, who argued that any immunity granted to hospital authorities does not apply to a drug rehabilitation facility. “The state expects compliance with the zoning law. It would be a mistake and a false representation, which is a criminal act, for the city to give a certificate that a drug rehabilitation service complies with the zoning law without a conditional use permit...It’s just not true.”

The zoning dispute between the hospital authority and the City of Madison began two years ago when the hospital requested a certification letter from the city to move forward with selling the old Morgan Memorial Hospital property to Flashpoint Recovery to transform the old hospital into a resort-like drug rehab. The dispute centers around the city’s zoning ordinance and whether or not a drug rehabilitation hospital can operate out of the old Morgan Memorial Hospital building without a zoning change or conditional use permit.

The hospital filed a lawsuit against the City of Madison on July 15 to ask the court to settle the matter.

According to Madison Mayor Fred Perriman, the hospital authority and the Flashpoint Recovery owners are attempting to wrongfully bypass the city’s zoning requirements by pressing city leaders for a “certification letter” declaring a drug rehabilitation hospital an automatic allowable use for the property.

“We believe we owe it to our citizens to defend our right to have public input on whether or not to allow a drug rehabilitation hospital to operate in the P1 district,” said Perriman in a previous interview.

“It’s disappointing the city has chosen to create the false narrative that the Hospital Authority is doing ‘an end around’ to circumvent zoning laws. This could not be further from the truth,” said Sarah Burbach, vice chair of the Morgan Medical Center Hospital Authority, in a previous interview. “From our very first outreach more than two years ago, we have approached our discussions with the city in good faith and with a strong desire to do the right thing for our community. We are hopeful the court’s decision will allow the sale to move forward in a way that benefits taxpayers and protects the interests of those who live nearby.”

Judge Bradley pledged to resolve the case as quickly as possible.