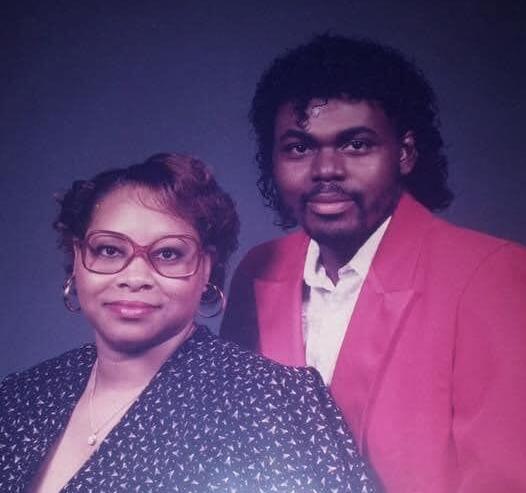 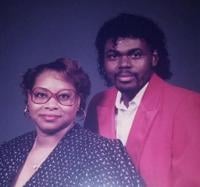 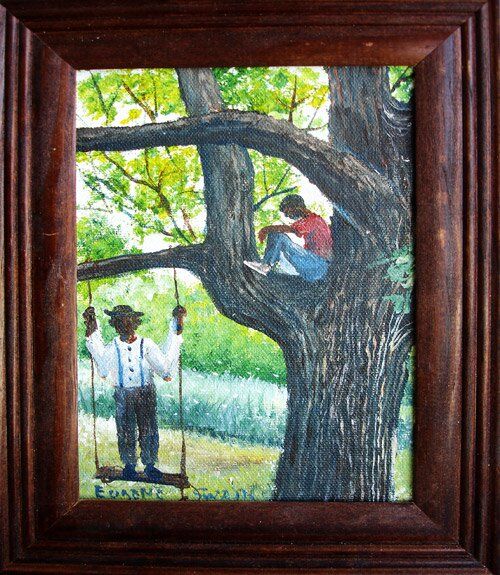 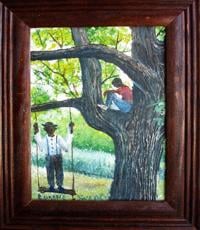 One of Eugene Swain’s paintings. 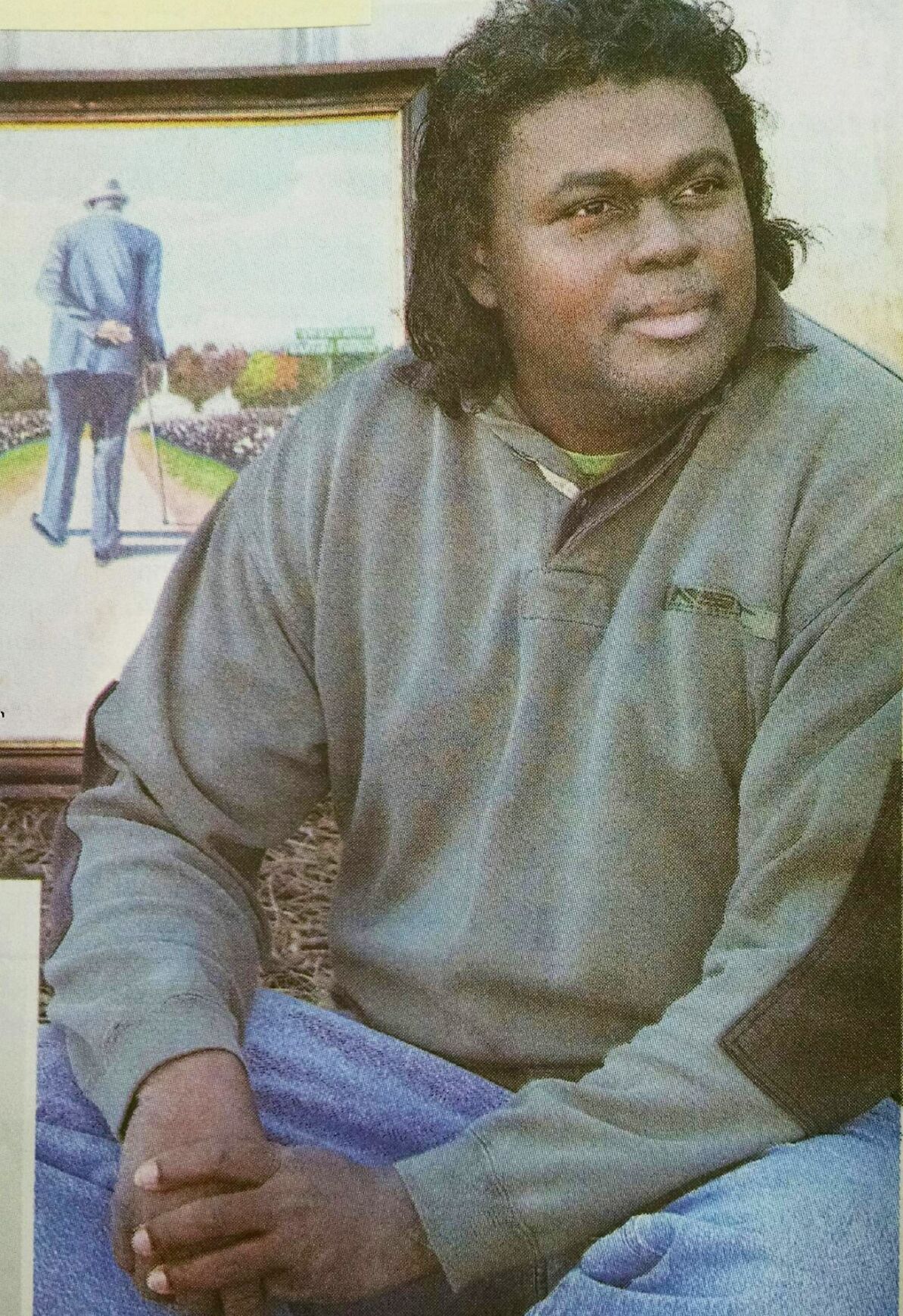 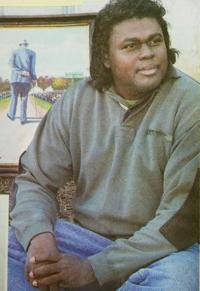 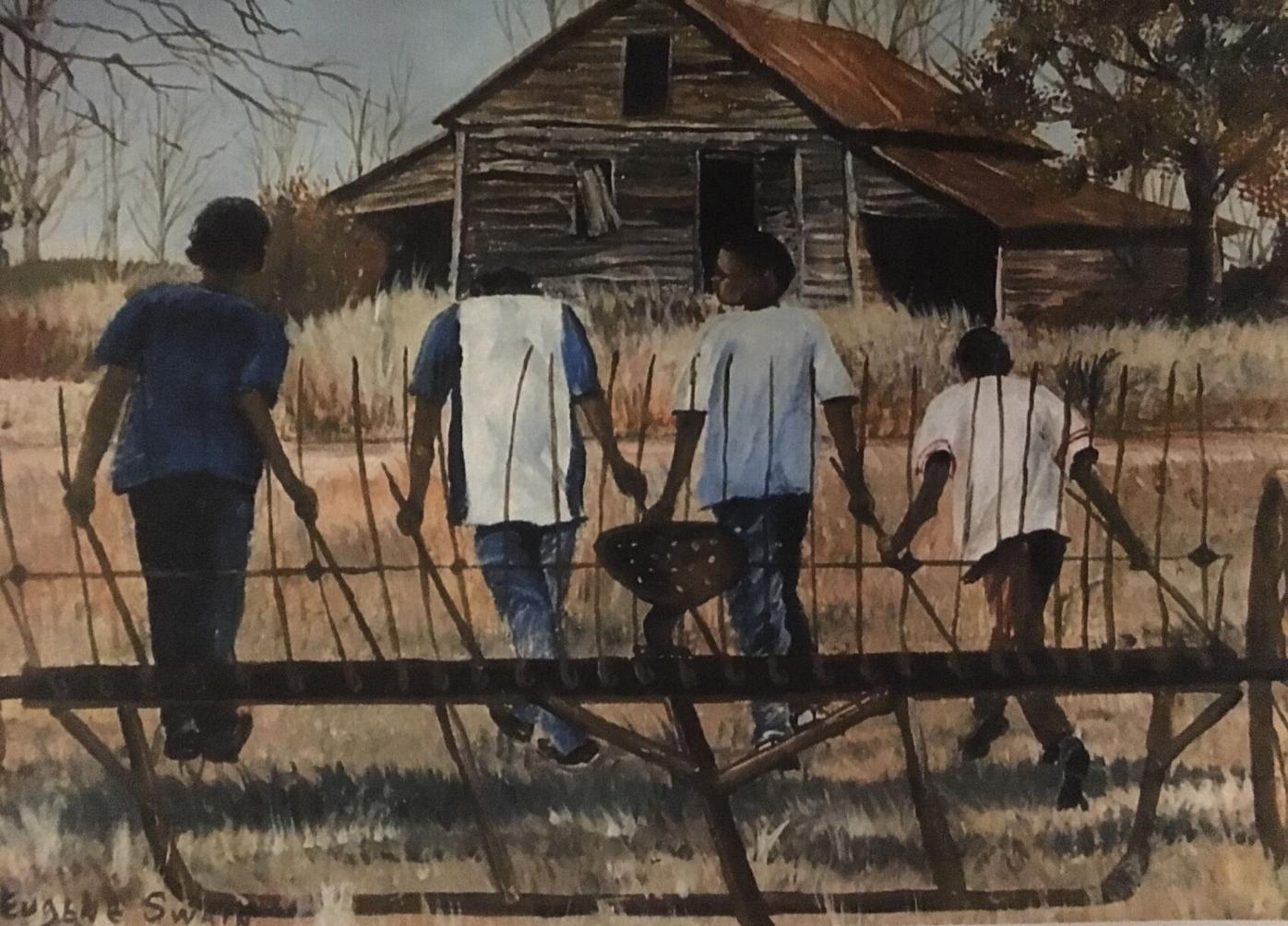 One of Eugene Swain’s paintings.

A local beloved artist, Eugene Swain, was tragically killed in a car accident Saturday at the intersection of Sandy Creek Road and Bostwick Highway. His wife, Glenda Swain, remains hospitalized, clinging to life in critical condition after the wreck.

Eugene Swain, 61, of Buckhead, was a painter heavily involved with the local museums and art programs, known for his unique creations depicting rural, southern life.

“What a loss for our community. I have been distraught ever since hearing the news. He and his wife are great people,” said Madison Mayor Fred Perriman and board member of the Morgan County African American Museum (MCAAM). “He was our resident artist at the MCAAM and we want the community to remember him for the talented artist that he was. He lived a life committed to his family, to his church and to his community. He will be missed at the MCAAM and we will soon honor his legacy.”

The family of the Swains are devastated at the loss of Eugene and are hopeful for Glenda to make it through her severe injuries.

“My father was our backbone and it is going to be hard moving on knowing he is not here with us,” said Shambrica Swain, Eugene and Glenda’s daughter. “We are going to miss him every day. He taught us so much. He was our go-to person whenever we needed anything. He was always there for his girls. My mother is stable but still in critical condition. She is responding to us by opening her eyes and squeezing our hands. We would like everyone to continue to pray for my mother and our family. My mother will have a long recovery ahead of her.”

Swain’s locally-focused artwork has resonated with people from the region for decades. Swain’s paintings primarily focus on disappearing relics of the rural south, such as deteriorating barns, farmhouses, slave sharecropper cabins, rusting tools and farming equipment amidst the backdrop of rural Georgia scenery. His work has been displayed in various local exhibits, including the MCCAM, the Madison Artists Guild, and the Steffen Thomas Museum of Art. But Swain’s art is not just appreciated in Morgan County, but featured in galleries across the country.

According to the MCAAM, Swain had been an artist most of his life, learning to draw pictures of his surroundings at an early age. He started to paint in oils in 1981 and up until 1985, his paintings were done for family, co-workers and friends. His early works were mostly portraits. In 1985 he started doing arts-and-craft shows and selling his work to the public. Swain expanded to doing commission work in acrylic and oils in later years. His work is on display in local galleries and across the United States. According to Swain’s artist bio from Abandoned Rural America, “Eugene was born in the Southern historic town of Madison. He attended Springfield school for a short time until they were moved to Pearl High and Elementary in the mid 1960s where he was always busy drawing. When he graduated from High School he never gave up on his dream of becoming an artist. Eugene spent most of his early years creating one thing or another, mostly toys that his parents were unable to buy him when he was little. He would make cars, trucks, campers and other toys that he liked. In the 80s he started experimenting with water-colors. At this time he was painting mostly portraits for family and friends. What he really wanted to paint though were old houses and barns. He began using oils to do his paintings and today he paints with acrylics. Eugene likes traveling the back roads of rural Georgia to take photos of old barns, houses, and cows as subjects adding his own unique style to his paintings. Eugene also likes creating models of the old farm houses and barns that he comes across using whatever materials that he can find around the structures, sometimes using wood from the abandoned buildings. He is also a self-taught musician and plays the guitar each Sunday at the Plainview Baptist Church, his family’s home church.”

“While Eugene was a talented artist, those of us in Bostwick knew him best as a Christian man who loved his family. His death and his wife Glenda’s injuries have shocked and saddened the community,” said Angie Howard, one of the Cotton Gin Festival organizers. “As a long-time artist of the Bostwick Cotton Gin Festival, his humble demeanor made him a pleasure to work with. For over 10 years, his paintings captured the essence of our farming community. Eugene had a unique way of capturing what farming means to so many through his artistic perspective. The Bostwick Cotton Gin Festival Committee is currently making plans to honor his memory and express their appreciation for his commitment to the success of past festivals. We plan to donate a portion of this year’s festival shirt sales to the family.”

While the Swain family is grieving, they are overwhelmed with outpouring of love for Eugene and Glenda.

“I would like to thank everyone for all their love and support through these difficult time,” said Shambrica Swain.