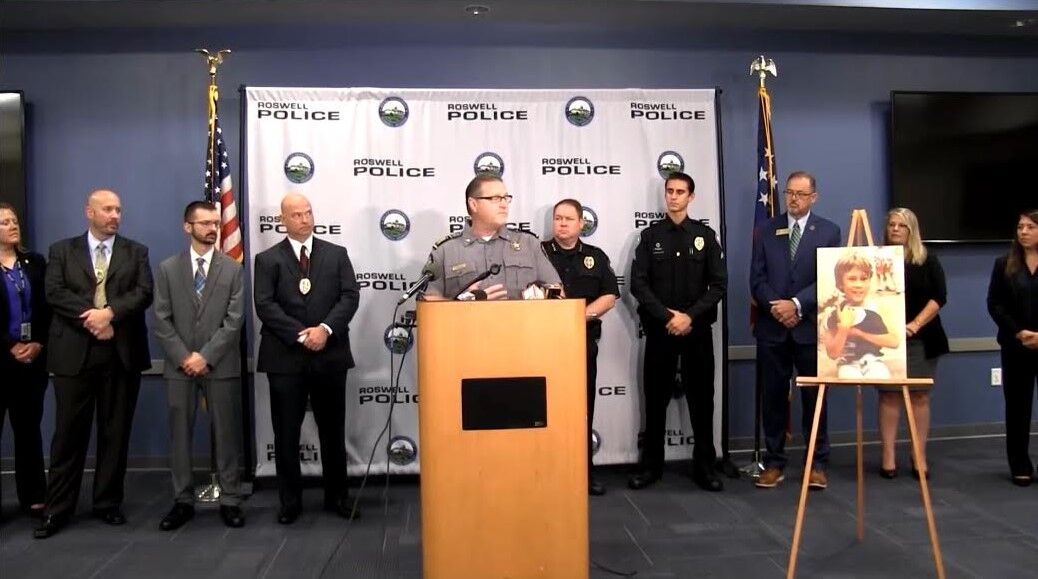 Morgan County Sheriff’s Office Chief Deputy Keith Howard speaks July 22 at a press conference in Atlanta announcing the arrest of a man wanted for the 1988 murder of an 8-year-old child. 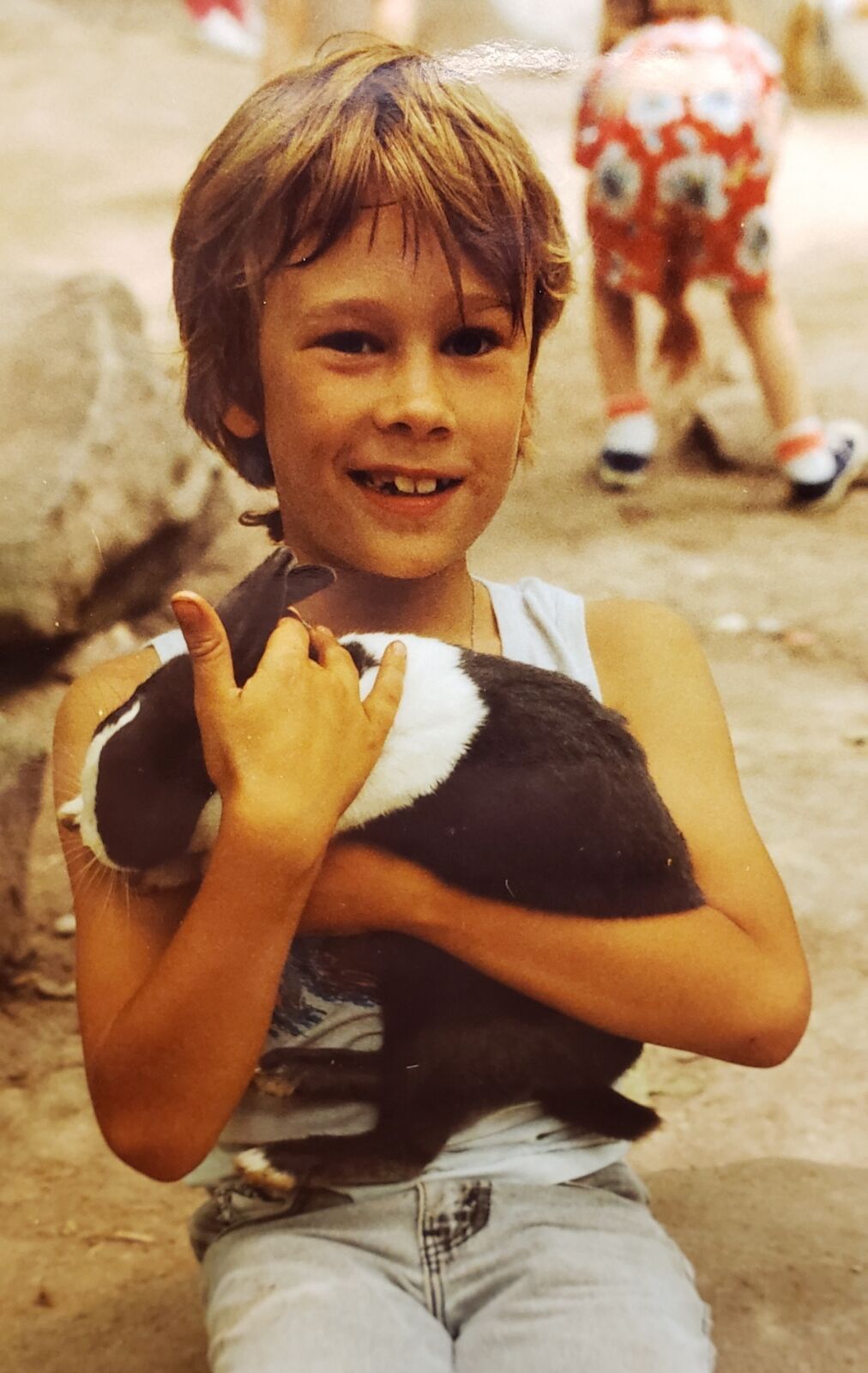 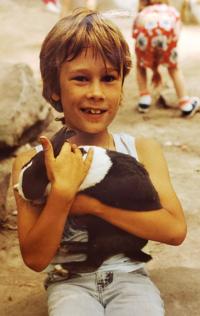 This is the last picture taken of 8-year-old Joshua Harmon at a petting zoo prior to his 1988 murder. 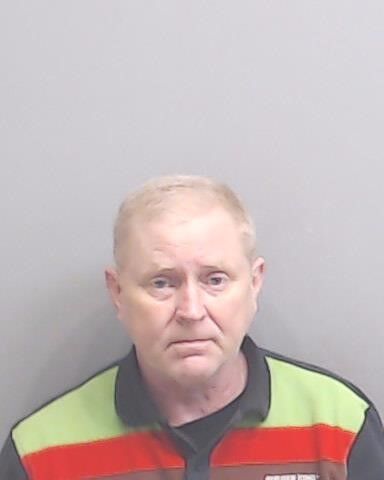 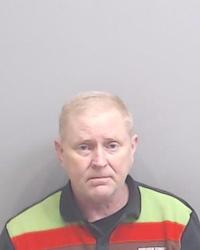 Morgan County Sheriff’s Office Chief Deputy Keith Howard speaks July 22 at a press conference in Atlanta announcing the arrest of a man wanted for the 1988 murder of an 8-year-old child.

This is the last picture taken of 8-year-old Joshua Harmon at a petting zoo prior to his 1988 murder.

On July 22, flanked by members of the Roswell Police Department, the Georgia Bureau of Investigations and family of 8-year-old Joshua Harmon, Morgan County Sheriff’s Office Chief Deputy Keith Howard was finally able to compose himself and speak.

After 33 years, two months and six days since the murder of Harmon, a child who his aunt Marlene Carlisle said had an “uncanny relationship with nature and God,” Roswell authorities announced an arrest.

On July 21 during a traffic stop, James Michael Coates, 56, of Woodstock, was arrested for Harmon’s 1988 murder. Two days after Harmon was reported missing, his body was found near the apartment complex where he lived. Coates was living in the same apartment complex at the time.

The announcement of the arrest, Howard said, “was very emotional.”

“I was having a hard time composing myself.”

Since 1998 when then director of the GBI Buddy Nix turned the Harmon murder case over to a young Special Agent Keith Howard. Howard has been consumed with Harmon’s murder and, until her death from cancer in 2020, has been in regular contact with Harmon’s mother, Cherie Harmon. In the last email Cherie Harmon sent Howard, she praised his dogged determination in investigating the murder. She also told him she was dying of cancer. “I wanted you to know this, because I’ve always considered you a good friend, and one of only a few who really cared about Joshua and what happened to him,” she wrote to Howard on April 8, 2019.

Howard, representing the Morgan County Sheriff’s Office on the day of the press conference announcing the arrest, is also the only certified criminal profiler in the state of Georgia and serves as a cold case consultant on the Criminal Justice Coordinating Council (CJCC). From the beginning, he said, he had focused on Coates.

According to a report in the Atlanta Journal Constitution, Coates had been convicted twice of child molestation in both 1990 and 1993 and spent 20 years incarcerated for the 1993 conviction. In February, 2021, the Harmon family agreed to allow investigators to exhume the child’s body to hopefully find more evidence. Additional DNA testing was then done, in part with funds provided to the Roswell Police Department by the CJCC, on evidence found at the crime scene that led to Coates’ arrest.

When Roswell Police Department Chief James Conroy announced Coates’ arrest at the press conference, Howard was on the stage. “The men and women behind me deserve to be thanked and commended. These officers… never gave up hope in solving this case and bringing Joshua’s killer to justice. They are truly heroes,” Conroy said.

“It was a case that haunted them for many years and they felt it was still solvable.”

Howard, a 30-year veteran with state law enforcement including 15 years as a special agent with the GBI, has worked at the Morgan County Sheriff’s Office for more than three years. The Bostwick native said after he met Cherie Harmon he developed an unrelenting resolve to find and arrest the person responsible for the child’s gruesome death. “We both shared a pursuit of justice for her son,” he said. “She had a relentless pursuit of justice.”

After Cherie’s death, Howard said he told her sister Marlene that he was “going to continue to work this.”

At the press conference, GBI Special Agent Lisa Vorrasi said the three-decade investigation demanded sacrifice and dedication. One of the investigators on the Roswell team was born the same year Joshua was killed. “The thousands of hours of investigation required to solve this case took grit, determination and perseverance for all involved,” she said. “This investigation is the kind that haunts investigators and keeps them up at night.”

“Every one of them have big, beautiful hearts.”

Howard said the relationship he built with Joshua’s mother in pursuit of the child’s murderer fueled his determination.

“This case was about Joshua,” he said. “Everyone I met in any involvement with this case was always passionate about making sure the case was solved.”