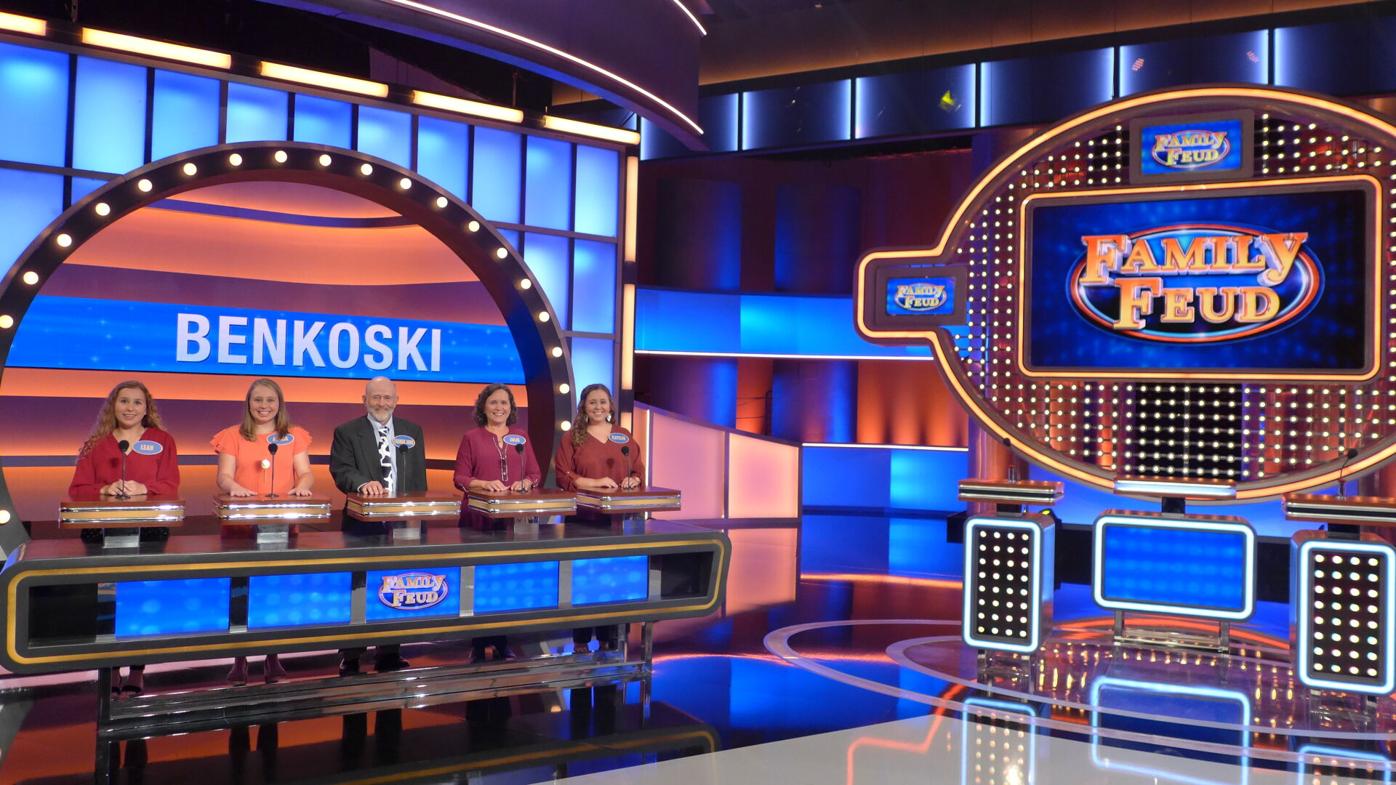 Find out how the Benkoski family, of Big Sandy Creek Dairy in Morgan County, fares on Family Feud on Tuesday, May 11. 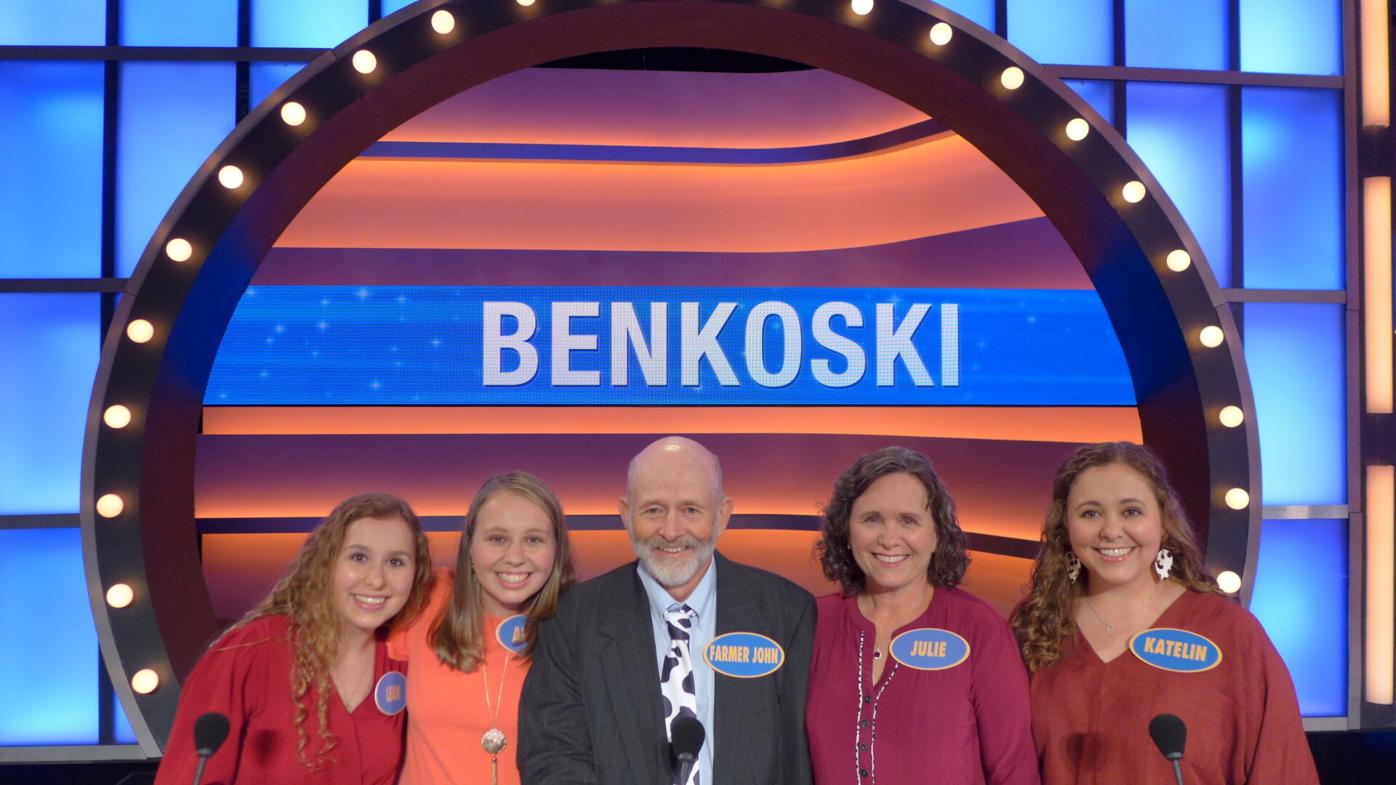 Find out how the Benkoski family, of Big Sandy Creek Dairy in Morgan County, fares on Family Feud on Tuesday, May 11.

Her dad John, says Katelin Benkoski, has one suit.

John, a second generation dairy farmer from Morgan County, wore it well, as he and the rest of his family represented Madison during a taping of the Family Feud game show.

“We bought him a cow tie, though,’’ says Katelin.

John, his wife Julie, who is a chemistry teacher at Greene County High School, and daughters Katelin, 27, Alissa, 21, and Leah, 18, all went to the Tyler Perry studios in Atlanta on Sept. 25 for a full day of taping the show.

Katelin, a 2012 MCHS graduate, said last summer she saw an ad on social media requesting applicants for the popular game show. “I decided I’m going to put my name in. Nothing will happen,” she says.

“And then they called.”

The first step was a Zoom interview where the entire Benkoski clan sat in front of a computer at their Bostwick Highway residence. Katelin says the family all “wore our dairy T-shirts” which promote the Big Sandy Creek Dairy that was founded by John Sr., and his wife, Theresa, more than 30 years ago. On the back of the T-shirt is a Holstein with a party hat. “Big Sandy Creek Dairy,” the T-shirt reads, “You’re guaranteed to have an udderly great time.”

As part of the application, Katelin says, the family submitted a video of the girls holding a faux Olympics-style competition. The event was “The Hutch Race” where the girls ran with dairy calf hutches to a finish line. It worked. Katelin says producers told the family, “Y’all seem pretty fun from that but we need to see the rest of your personality.”

Katelin says in the Benkoski family, personality is not a problem. “We’re a smart aleck family, We really are.”

Following the Zoom interview, the family was notified the next day, Sept. 12, that they had been selected to be on the show and that the episode would tape in Atlanta on Sept. 25. And, says Katelin, someone had to break the news to John that the family was going to Atlanta for the taping and that it would take all day and he would miss a day of milking.

“We were worried about dad,” she says. “We were surprised he went. That was his fourth day off in 15 years.”

Katelin says producers told them they were the one family out of 500 applicants that made it to the show.

Julie, Alissa and Leah went to Atlanta the night before the taping, Sept. 24, had dinner and settled in. “Dad and I finished milking,” Katelin says, “and then went up.” Big Sandy Creek Dairy has approximately 70 cows. The following day, while the entire family sat in an Atlanta studio for 11 hours, John’s brother Stanley and family friend Will Brown milked the herd.

Katelin says there were four shows taped that day and her family’s was the last. In the interim, they acted as the audience and were entertained during breaks by the the show’s host Steve Harvey.

The family had professional makeup artists prepare them for the show. “They put some on dad’s head because he’s bald,” Katelin says. They showed up in “church clothes” and extra outfits for the show per the producers’ request and enjoyed catered meals and snacks while they watched the other families compete and listened to Harvey’s banter. “We laughed all day. It was fun,” she says.

“We decided, win or lose, we were just going to have a good day and we did,” she says.

Win or lose, the family is forbidden from broadcasting how they did on the show. On premiere night, Julie will miss the family’s Hollywood debut. She has an Honors Night commitment at Greene County High School. “We’re going to tape it for my mother,” says Katelin.

So, maybe the Morgan County dairy family remains grounded after their brief dalliance with the bright lights. The following day, Katelin says, her father was back at the milking parlor at eight in the morning and at eight at night. After their big day in Atlanta the family “all went out to Longhorns…”

“We hardly ever get to go anywhere as a family,” Katelin laughs.