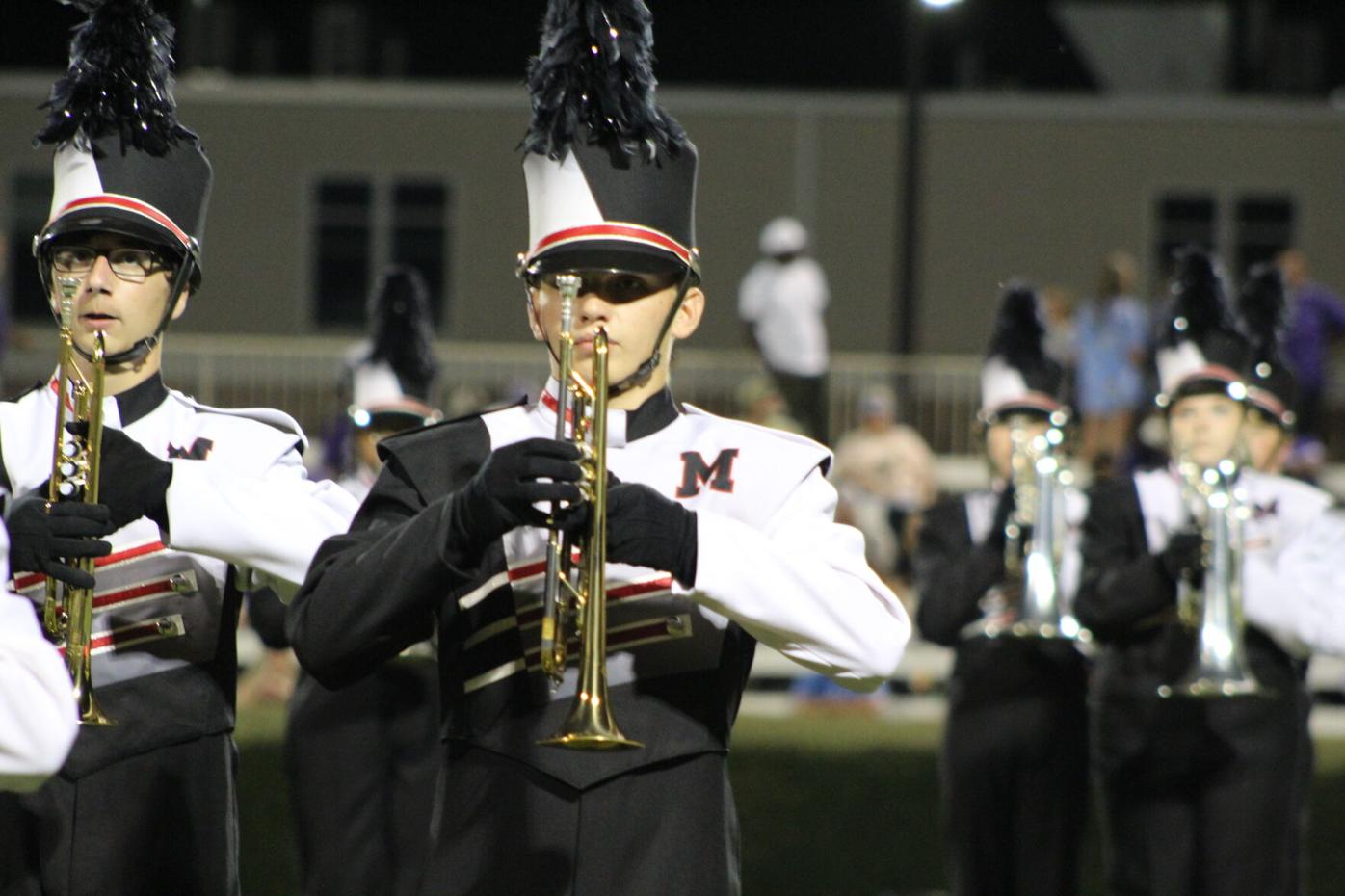 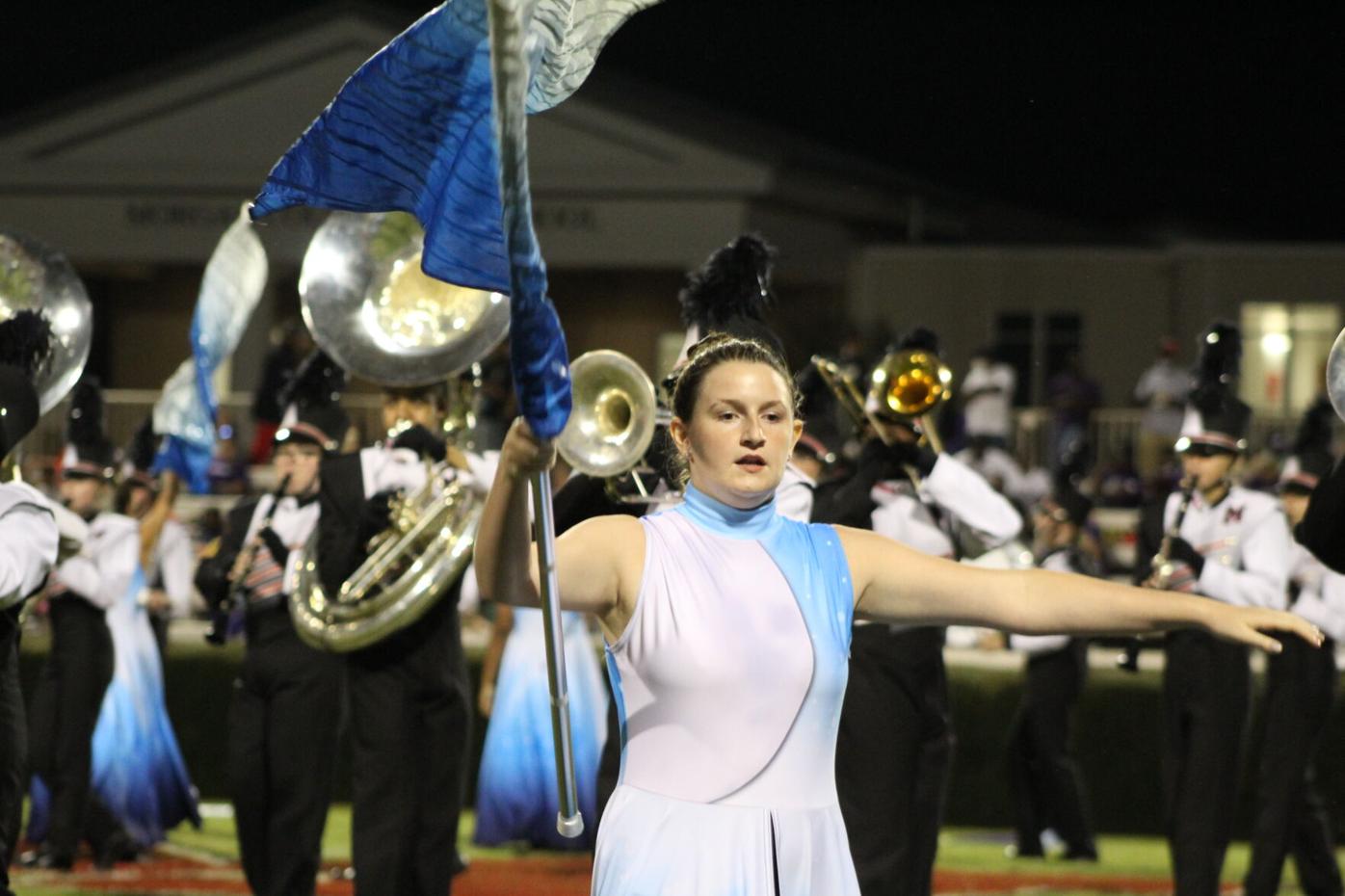 A Color Guard performer moves to the rhythmic tunes of the MCHS Bulldog Marching Band’s “Space Odyssey” during Friday’s game. 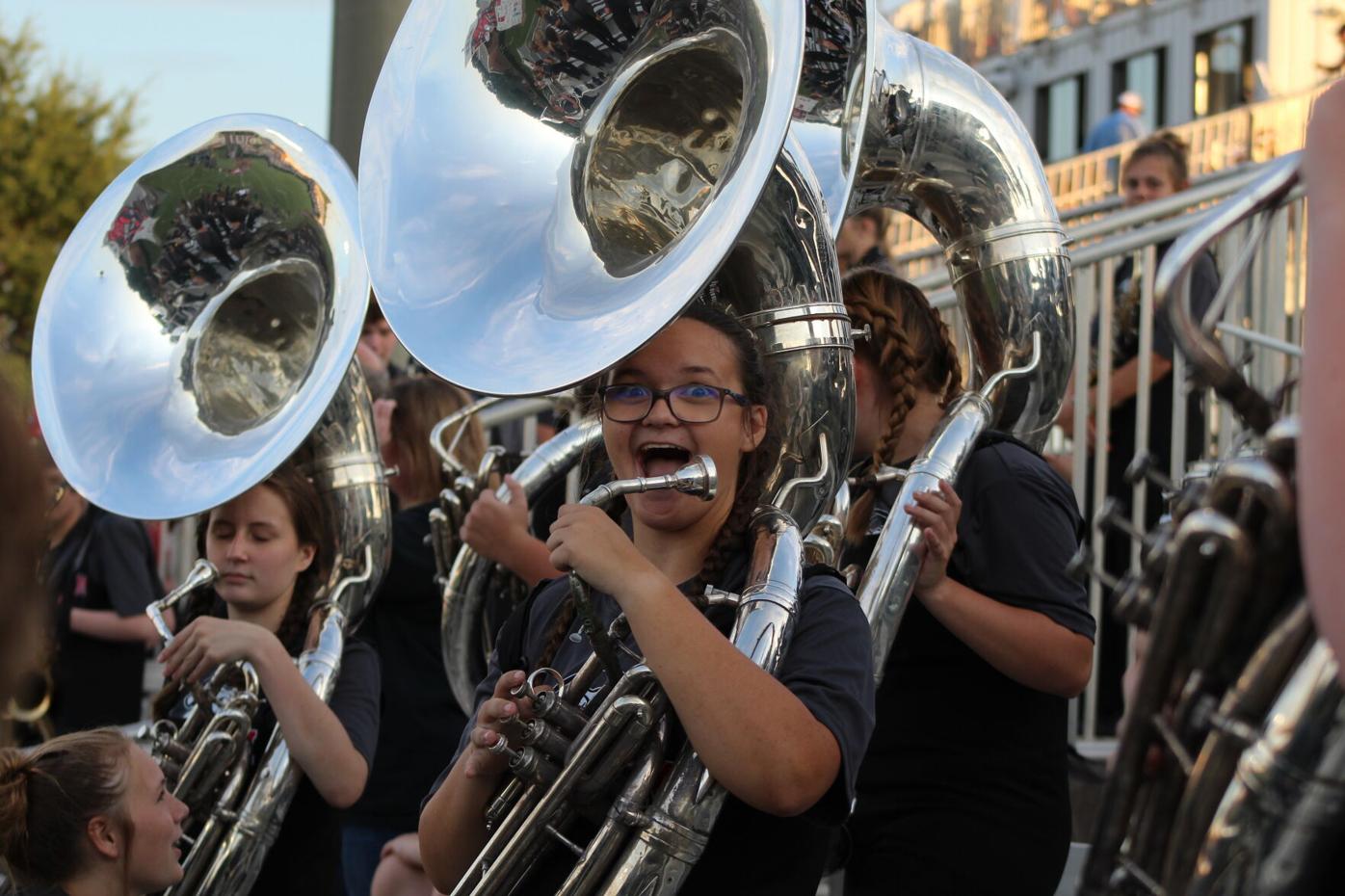 The Tuba players show excitement before performing during Friday’s game. 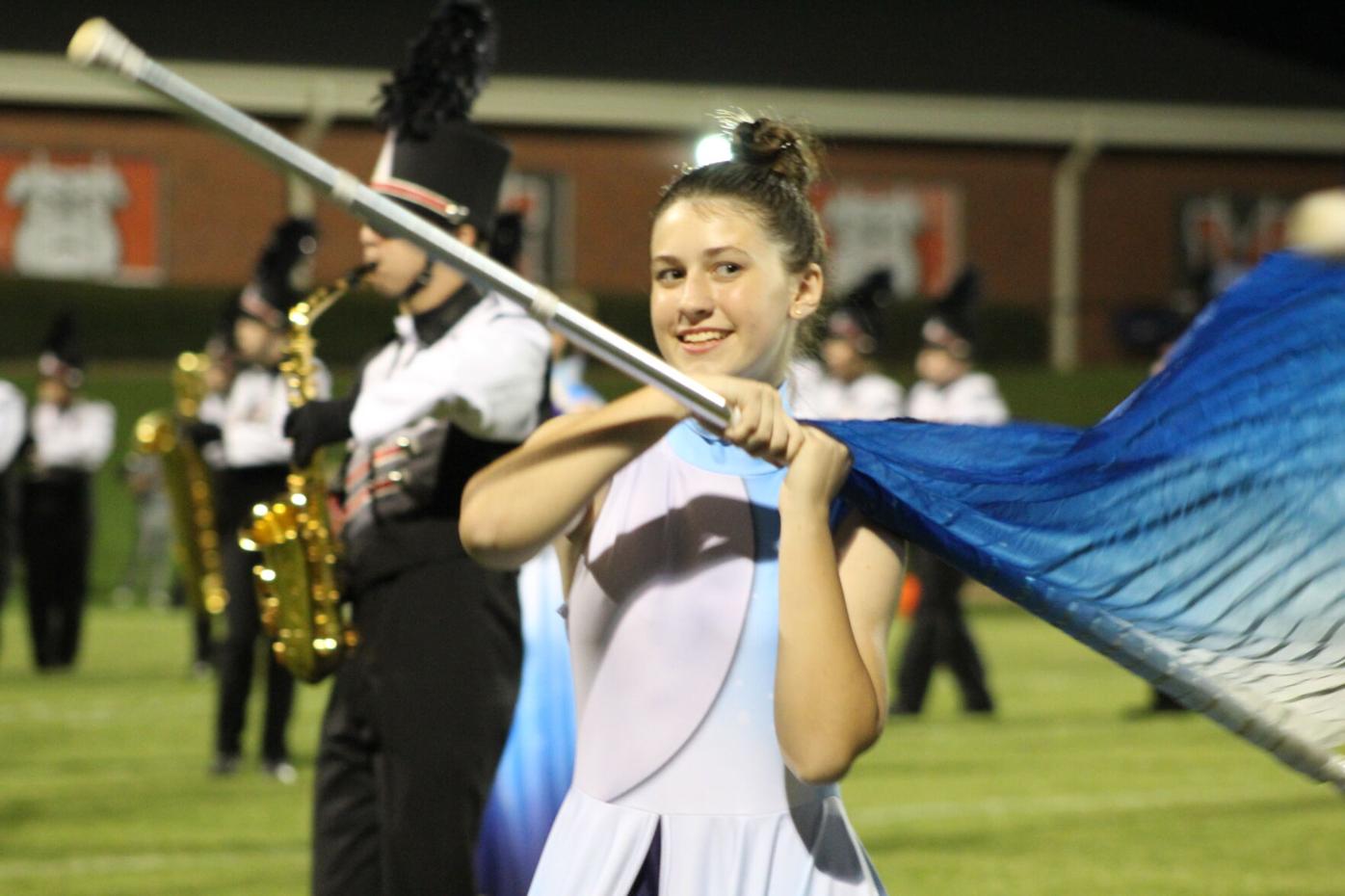 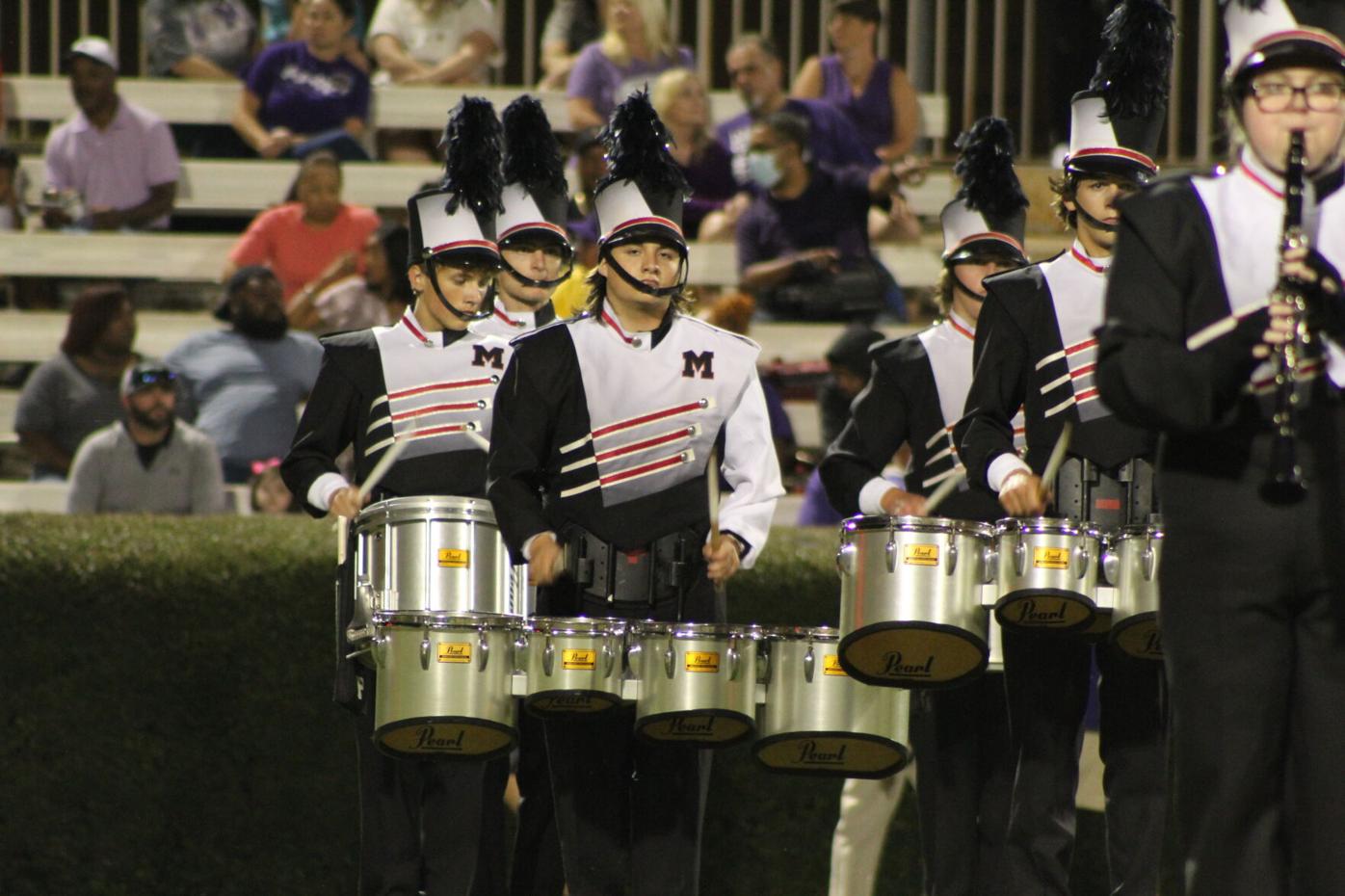 Drummers keep the beat during a Friday’s performance of the band’s new “Space Odyssey” routine. 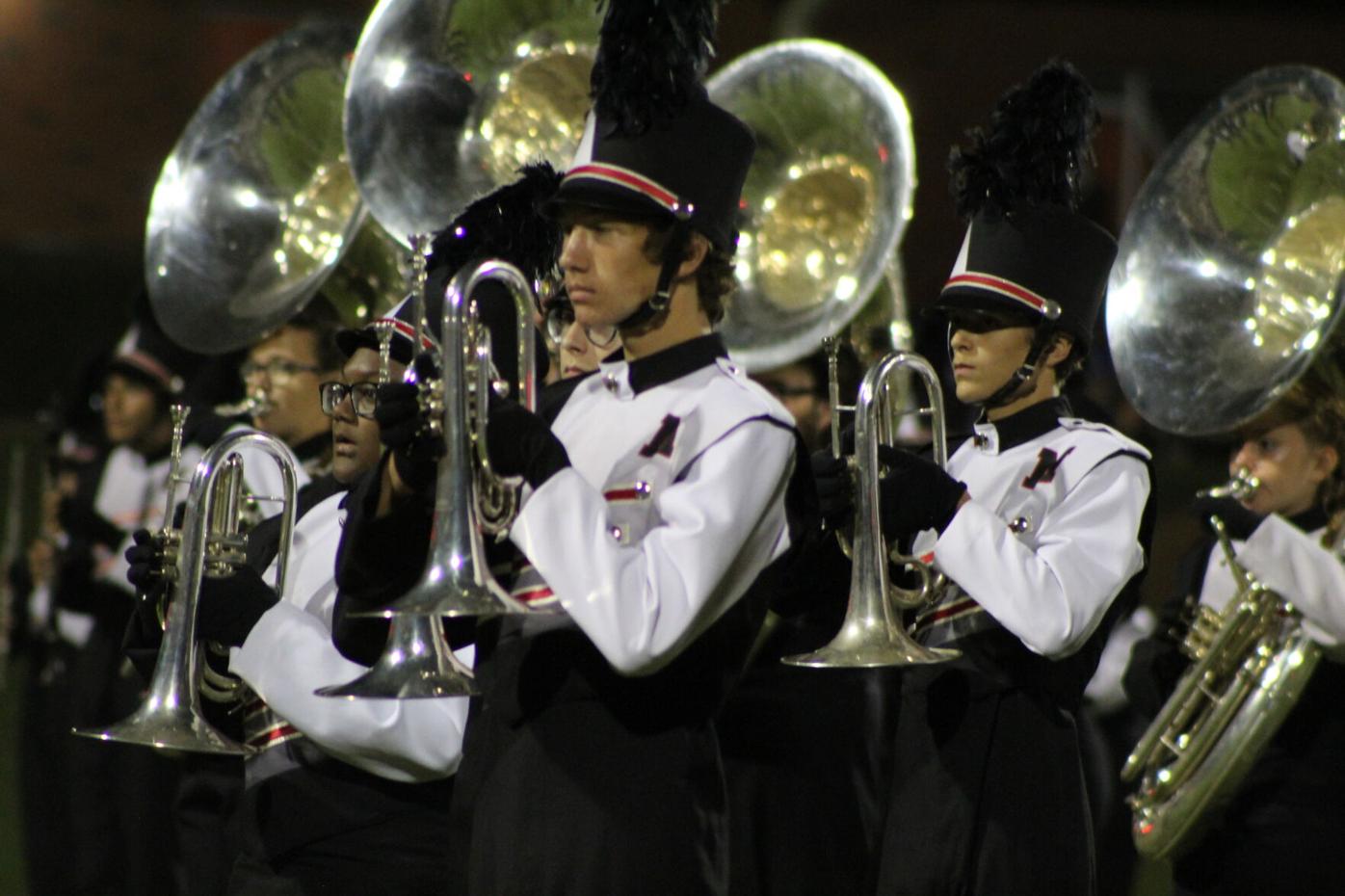 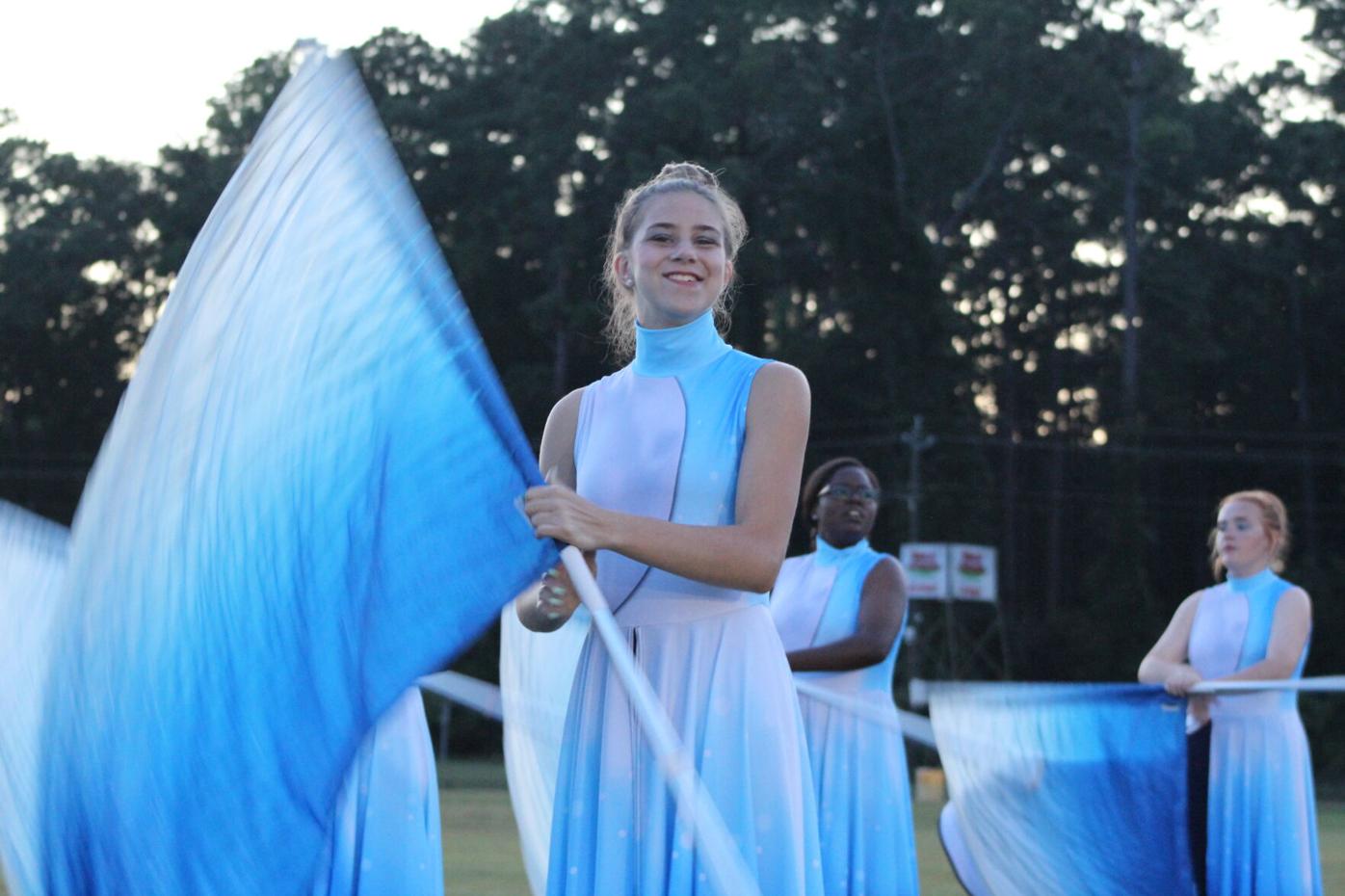 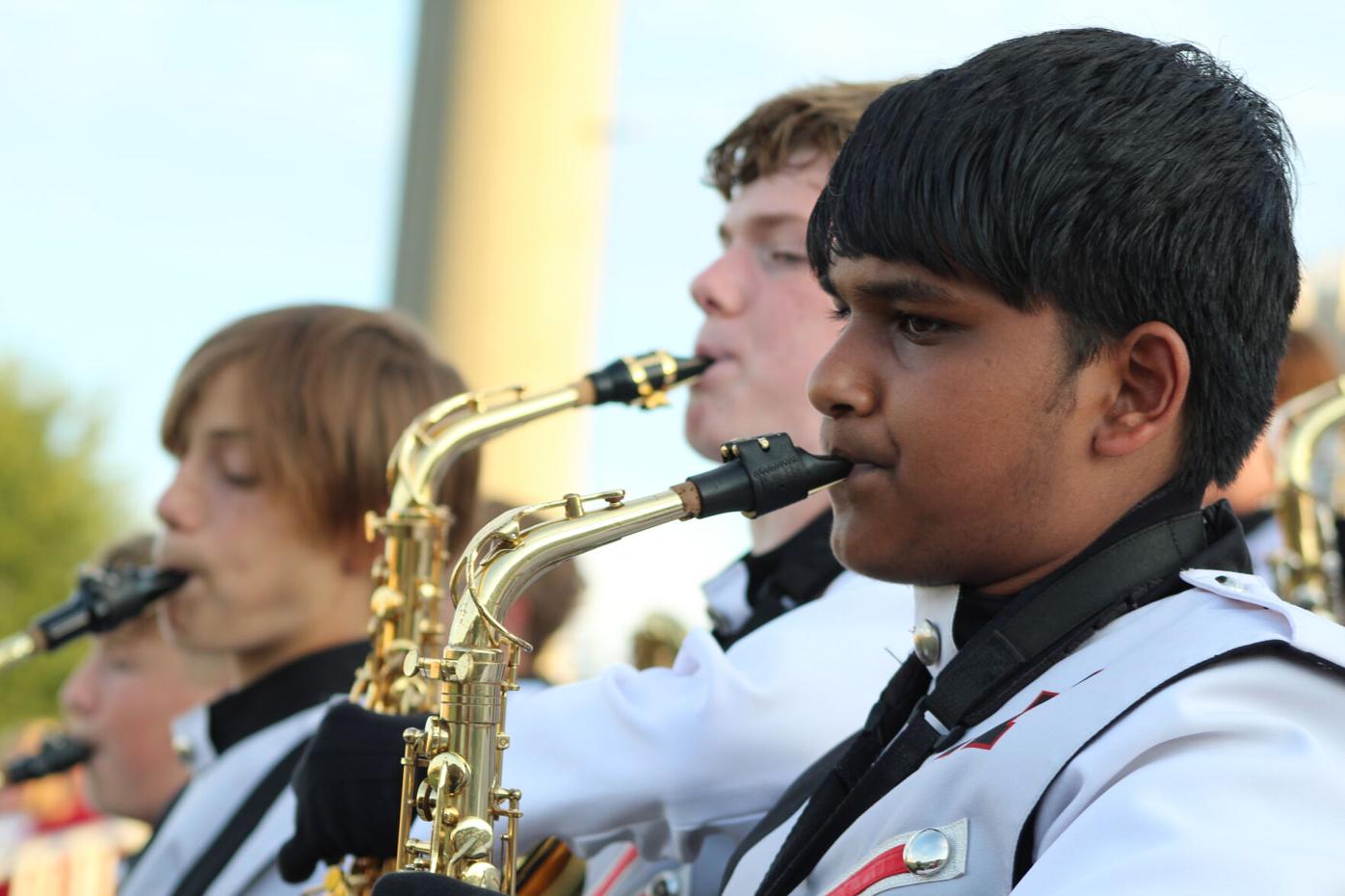 A Color Guard performer moves to the rhythmic tunes of the MCHS Bulldog Marching Band’s “Space Odyssey” during Friday’s game.

The Tuba players show excitement before performing during Friday’s game.

Drummers keep the beat during a Friday’s performance of the band’s new “Space Odyssey” routine.

The Morgan County High School (MCHS) Bulldog Marching Band performed its new “Space Odyssey’’ routine at the home football game against Monroe Area last Friday. It was a chance for the band to show off its new tunes before competition season begins later this September.

Rowser praised band students for their tireless dedication in the face of multiple obstacles.

“The students are really working hard and dealing with tremendous heat restrictions and several rainout rehearsals. The students are memorizing a tremendous amount of music and drill movements,” said Rowser. “Our color guard is an amazing group of young ladies with great work ethic and desire for excellence. MCHS is a great place for these kids to learn and grow into their future.”

Indeed, band students braved the soaring summer heat for the annual band camp to learn the new routine. This year, 148 band students practiced new formations, routines and musical pieces each day in the intense summer heat during band camp. Band leaders are hoping all their hard work will pay off during competition season that begins this Fall.

Winning awards and receiving accolades is not unusual for the MCHS Bulldog Marching Band, but for Rowser the real reward is the journey.

“I’m so blessed to have an opportunity to continue my career with great kids, parents and brilliant professionals at Morgan County schools,” said Rowser.