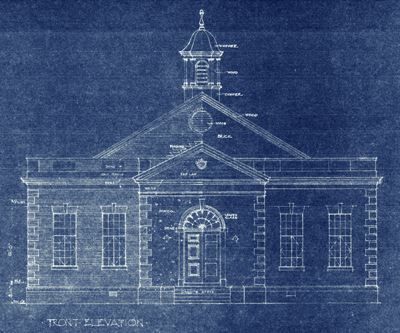 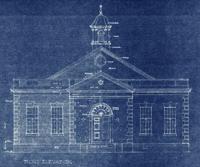 Design plans for the exterior of Madison's City Hall. 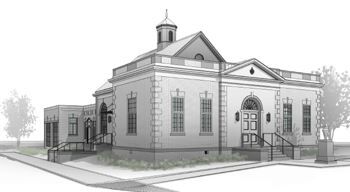 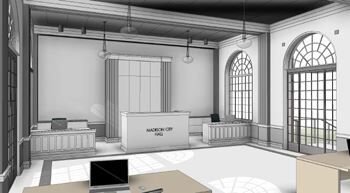 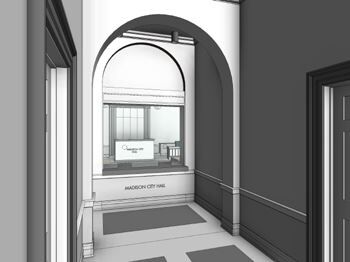 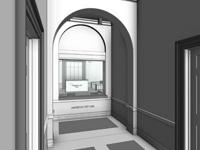 Design plans for the exterior of Madison's City Hall.

Madison is poised to drop a large chunk of change — up to $1.5 million — to restore the historic City Hall building on Main Street in Madison.

Joe Smith, an architect specializing in historic preservation, presented plans for the restoration of the City Hall building to the Madison Mayor and City Council on Monday, June 14.

Smith laid out a rough estimate calculated in March for $1,410,750, but noted construction costs have risen significantly since then, so the cost could be even higher.

“We are seeing construction costs increasing to a degree we haven’t seen in quite awhile,” said Smith. “It’s shot up by 40 percent in the last six-to-eight months. So this estimate might not have any bearing in reality.”

Smith said the project could cost anywhere between $1.3 million and $1.5 million.

Smith also urged the council to adopt a more selective bid process to ensure qualified contractors are found for the job.

“This building is historic and there is sensitive work that needs to be done,” said Smith. “We don’t want just anybody coming off the street with a low bid, we want to make sure the contractors are qualified.”

The city will put out a request for qualifications to contractors and then narrow it down to three-to-five companies to invite to bid for the project.

“We will cast a wide net, and then narrow it down,” said City Manager David Nunn. “We want to do this right. It is a wonderful landmark building that has served us for almost 90 years and the fact that the city is willing to go back and put it back the way it should be will be very nice for a long time. It’s something Madison can do and should do.”

Madison’s City Hall was constructed in 1938, and officially became the city’s headquarters in 1939. According to the City of Madison, “The 82-year old building is ready for a facelift, well more like an internal cleanse since the exterior has changed little. Most of the building’s envelope will see little design change but a lot of TLC. The exception will be the south side of the building where an original window will be restored and another opened as an accessible entrance to the building including a code compliant ramp.”

While the exterior will be spruced up, the interior will undergo major changes.

“Inside is where the exciting changes will occur. The original floor plan will be almost entirely restored with a larger front vestibule, a connecting corridor running front to back, and the crowning gem, the ‘Recorders Court’ will be returned to its original 35’x24’ dimension. Vertical space in the courtroom will be regained as well. With the removal of the dropped ceiling the original 14’ ceilings will be restored along with decorative pilasters, beams, and friezes. The fanlights at the top of the windows will be uncovered, flooding the whole space with natural light,” said a press release from the City of Madison.

“In addition to aesthetics, space for staff will be optimized and customer/citizen interface with city staff will be enhanced. Operating costs will be reduced with the installation of new high-efficiency mechanical, electrical, and plumbing systems. The project will finish with a refurbished landscape and plantings.”

City Hall offices and operations for the next 12 months or so will be found at 285 N. Main St., formerly occupied by the DuBose Law Group. Some will remember it as the Georgia Power offices. Customers will find parking convenient and the building fully accessible.