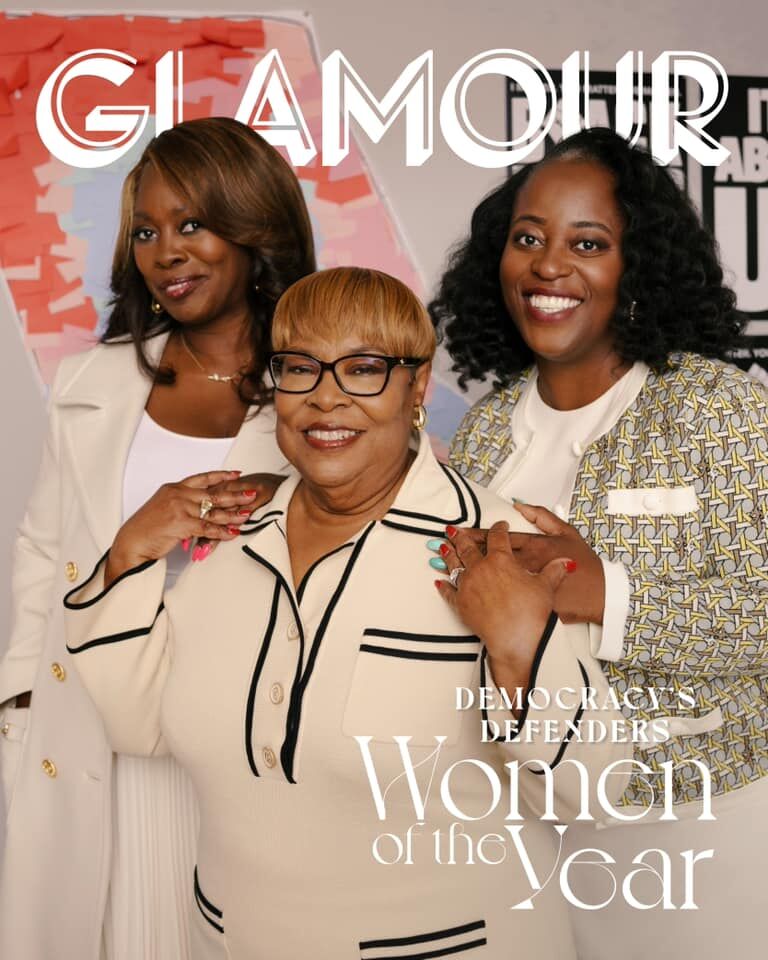 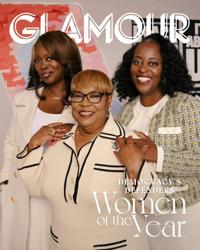 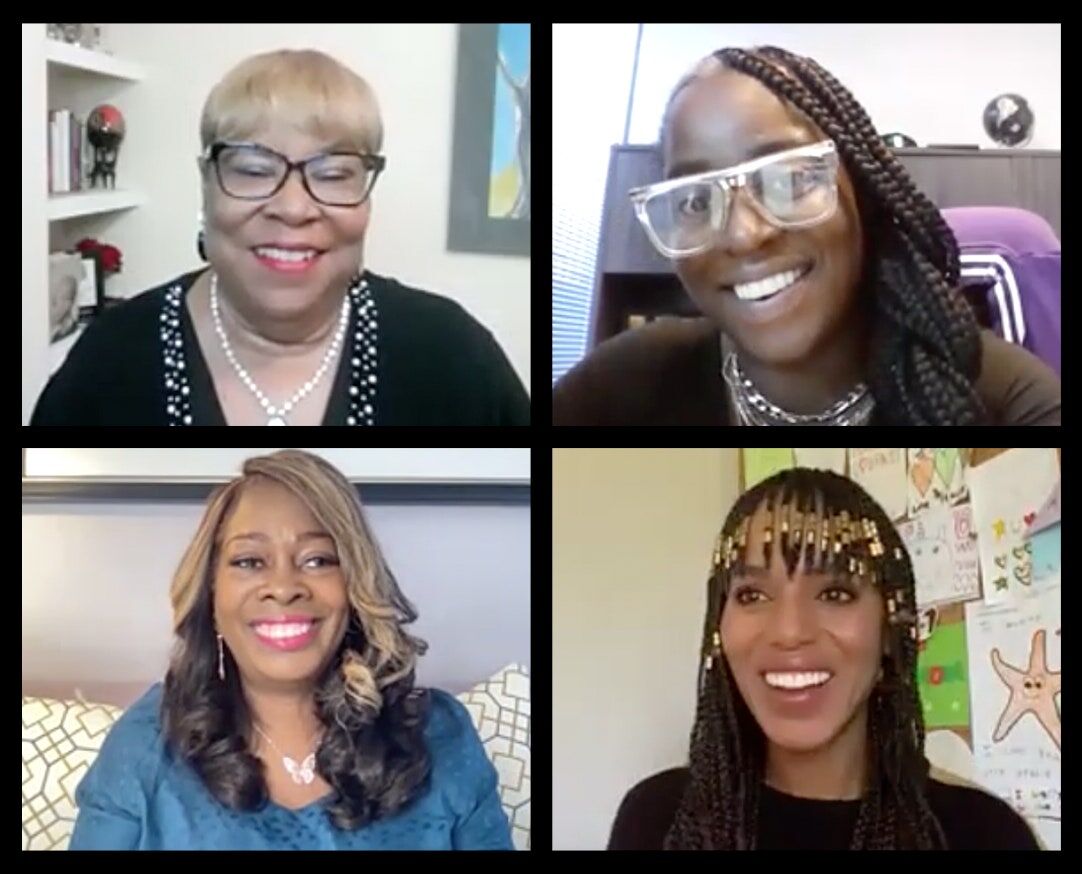 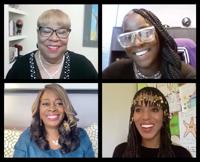 Morgan County’s own Helen Butler, a long-time voting rights activist, has been deemed a “Goddess of Democracy” in Glamour Magazine’s 2021 Women of the Year Issue, highlighting Butler’s decades of work to a global audience.

“I am really honored that they recognized the work we have been doing,” said Butler, 72, who is the executive director of the Atlanta-based non-profit, The People’s Agenda. “I accept this on behalf of my team, staff, volunteers and my family for supporting these efforts.”

Butler was interviewed by Actress and Activist Kerry Washington, who starred in the TV-series "Scandal" and played Anita Hill in HBO’s political biopic, for the Glamour piece highlighting Butler, along with two other voting rights activists, LaTosha Brown and Nsé Ufot.

Butler is one of the women credited with helping to turn the political tide in Georgia blue in the wake of the 2020 Presidential Election, in which President Joe Biden narrowly defeated Former President Donald Trump for the state’s 16 electoral votes. Subsequently, Georgia then elected two Democratic Senators, Jon Ossoff and Raphael Warnock, in a tight run-off race in early 2021.

While many across the nation were shocked to see the reliably “red” state suddenly turn "blue," Butler and other activists saw the victories as a painstaking harvest after patiently tilling the political landscape in Georgia for decades. Butler’s organization has built coalitions across the state to advocate for accessible voting policies and has overseen tireless voter registration campaigns to enhance voter participation.

“These women are pillars in their communities,” said Mattie Kahn, Glamour’s culture director, of Butler and the other two honorees. “On a national level, their organizations have modeled new strategies in voter outreach, centered on an ethos of respect and transparent communication. And while their focuses are each a little different, their message is the same: It’s time to get involved. To celebrate them and to share how we can all support the work of democratic engagement, we asked the actor, producer, and activist Kerry Washington to sit down with our honorees for a wide-ranging conversation about activism, organizing, and hope.”

In an interview with Washington, Butler recounts how her brother inspired her to get off the sidelines and join the fight to protect democracy.

“Well, I guess the 'aha moment' for me was when I left corporate America. I was sitting at home, and my brother said, ‘You got to get up and not be lazy. You got to do something.’ And so I got up,” Butler told Washington during a Zoom interview. “I worked for the NAACP Voter Fund. Then I joined the People’s Agenda. I met Dr. [Joseph] Lowery, Reverend James Orange, Rita Samuels, John Lewis—all those civil rights leaders. I just became addicted to this work...I care. And there are other people that care about you and about us together. And if we’re in this together, we can make that difference. We’ve done it since the days we got here from our motherland, right? We stuck together and we survived and persevered and we can still do that.”

Butler, who formerly served on Morgan County’s board of Elections and Registration, was also presented with the Love Award from the Voter Empowerment Collaborative earlier this year for her decades-long activism dedicated to protecting and enhancing voting rights. She was this year’s featured speaker at the Morgan County NAACP’s Freedom Fund Banquet last month.

Since 2000, Butler has dedicated her time and expertise to civil rights through dozens of voting rights projects and serving on myriad boards over the last two decades. That year, Butler joined the NAACP Voter Fund as the 5th Congressional District coordinator and eventually served as the Georgia State Coordinator for the NAACP Voter Empowerment Program through 2002. Butler even worked alongside the former Georgia Secretary of State on a “pilot project” to improve recording methods of electronic voting.

In 2003, Butler signed on to the Coalition for the People’s Agenda, founded by Dr. Joseph E. Lowery, as the state director. Today, she is the organization’s executive director.

As part of the “Advancement Project,” Butler was certified as “Local Voter Protection Advocate” in 2006. The Advancement Project is “a racial and social justice organization that works with communities seeking to build a fair and just multi-racial democracy.” The program aims to abolish cumbersome barriers that deter low-income and minority citizens from voting.

Butler also works to educate voters on how to access pivotal public information through modern technology. She partnered with the Leadership Conference on Civil Rights Education Fund.

Butler has spearheaded the Coalition for the People’s Agenda’s “Count Me Black” program, which works to increase participation among minority communities in the U.S. Census to ensure adequate funding and fair representation for communities of color.

In addition to serving on the Morgan County Board of Elections and Registration, Butler also serves on the Board of Directors for Women’s Actions for New Directions (WAND), and The State of Georgia Help America Vote Act Advisory Committee (HAVA). In the past, she was a member of the Board of Directors for Colonial Stores’ Employees’ Credit Union, Board of Directors for YES! Atlanta (Youth Program), Founding member of the Zeta Psi Chapter of Delta Sigma Theta Sorority at the University of Georgia, Advisory Board of Big Brothers/Big Sisters, Center Manager for Junior Achievement, Life Member of the NAACP, Vice President of Metro Atlanta Personnel Society, Society for Human Resources Management, and Industrial Relations Research Association.

Butler plans to continue her work for as long as she can.

“I am still going. For me, it’s about protecting the vote and educating people on how they can vote and making sure they have the help they need to get them registered and out to the polls so everyone can participate in our democracy,” said Butler.

Pick up a copy of Glamour’s Women of the Year Issue to see one of Morgan County’s own receive global adoration and to read more about Butler’s life's work.