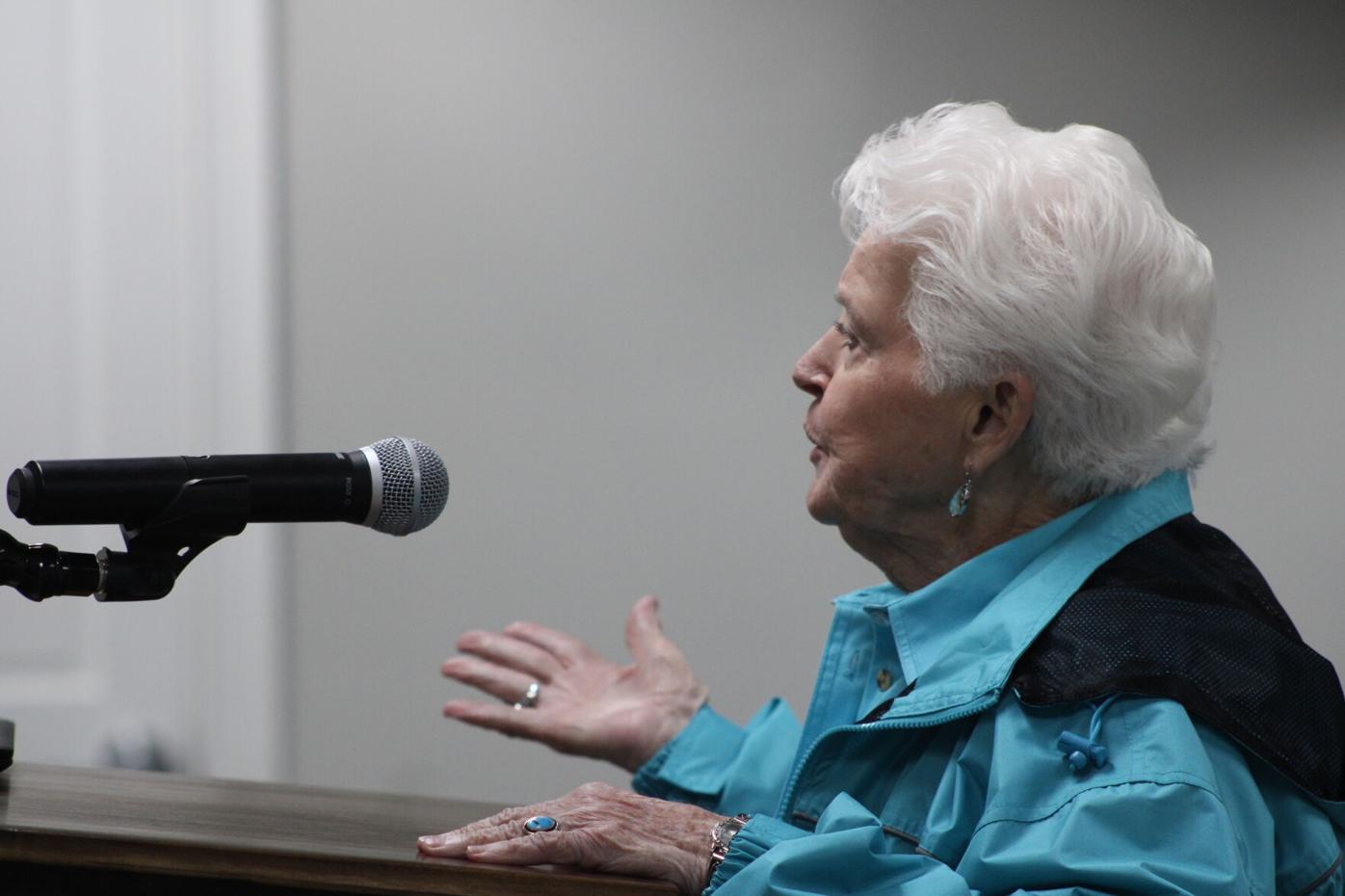 Barbara Bramlett asks the Morgan County Board of Commissioners to “make her dream come true” by allowing her to build a house on her part of her aunt’s land in Morgan County. 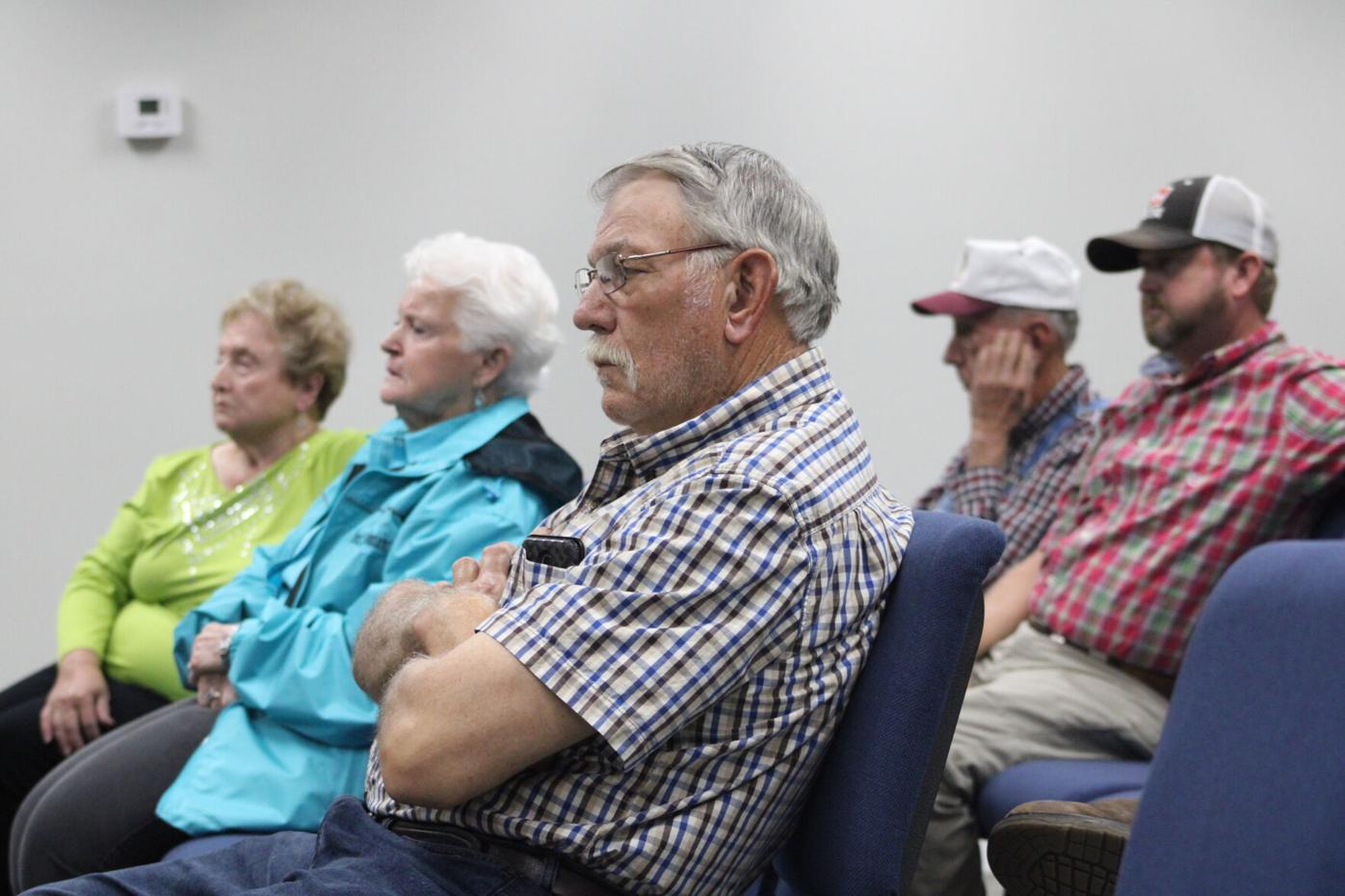 Barbara Bramlett asks the Morgan County Board of Commissioners to “make her dream come true” by allowing her to build a house on her part of her aunt’s land in Morgan County.

“I had a dream one time as a little girl that I had a farm with a horse and I think it’s time for my dream to come true,” said an emotional Barbara Bramlett to the Morgan County Board of Commissioners Tuesday night. “I hope you will help me fulfill that dream.”

The county’s controversial subdivision ordinance rewrite, passed in April, brought Bramlett and a group of concerned local farmers before the county commissioners, asking for a “legacy” exception to be added to the ordinance so that long-time farmers and landowners can build on their own land or split off their land to leave to their children and grandchildren.

The county’s new subdivision regulations were designed to protect Morgan County’s rural character and to thwart large-scale subdivisions from cropping up closely along roadways and creating unwanted density. However, the ordinance’s language may negatively impact farm owners looking to build on their land or divide it up to leave as an inheritance for their children and grandchildren. Bramlett and her aunt Marcy Alice Gilbert are now in such a predicament.

Mary Alice Gilbert, who owns a 15-acre farm on Apalachee Road, was all set to sell a portion of it, so that her niece, Bramlett, could build a house and live nearby. But their hopes were dashed when they discovered the newly passed subdivision ordinance would require a paved road to be built in order for another house to be built on the land.

According to Gilbert, it was her father-in-law, Harold Gilbert who first bought the dairy farm after returning from serving in World War II. The dairy farm stayed in the family for decades and now belongs to Mary Alice, who only wants to share part of it with her family.

Gilbert isn’t alone. Several other local farmers attended the meeting, worried that the new standards for lot sizes and road requirements would prohibit them also from eventually building on their land or dividing it up as an inheritance to their children and grandchildren.

Local farmers supported Gilbert’s request during the meeting and voiced their own concerns, including Mack Bohlen, Ronnie Long, Jimmy Sidwell, and Jason Sidwell.

“I feel very strongly that there should be a legacy clause in it,” said Bohlen, a former county commissioner, of the new subdivision regulations. “Now I don’t even have enough lots to give each one of my grandkids a piece of land. And I think that’s a shame when my family and my grandma’s family has paid taxes on 295 acres since 1891.”

“I am here to support this little lady,” said Ronnie Long. “I was a dairy farmer and we try to stick together. I am from Morgan County and I am proud of it, but some of the things we do when these poor folks who come up poor and stay poor and can’t afford to pave a road. That’s not right,” said Long. “I want y’all to come up with something, and I know you can because you are good men. You love Morgan County and you serve Morgan County, but I would just like to say to do the best you can for this little lady and her niece while they are still here.”

“I am here to support Miss Gilbert,” said Jason Sidwell. “Her family has earned the right to do what she wishes with her own property.”

“They have had it hard coming up...She’s a wonderful lady and I think you all need to think this over and find some way you can help her,” said Sidwell.

Commissioner Ben Riden, who voted against the subdivision ordinance rewrite back in April, supported the farmers and suggested to the other commissioners that they revisit they ordinance to solve this problem.

“There are a small group of people here now,” said Riden. “But I have been getting a lot of calls about this in the last few weeks.”

“We can go back and start to look at some of these issues, particularly around legacy,” said Mestres. “That’s what we have heard the most on.”

County Commissioner Chairman Philipp von Hanstein pledged to review the ordinance and address it again at a future meeting. Bramlett thanked the commissioners and implored them to act.

“Do the right thing and give the farmers the right to do what he thinks is best with their own land,” said Bramlett. “After all, they are the caretakers of God’s land.”