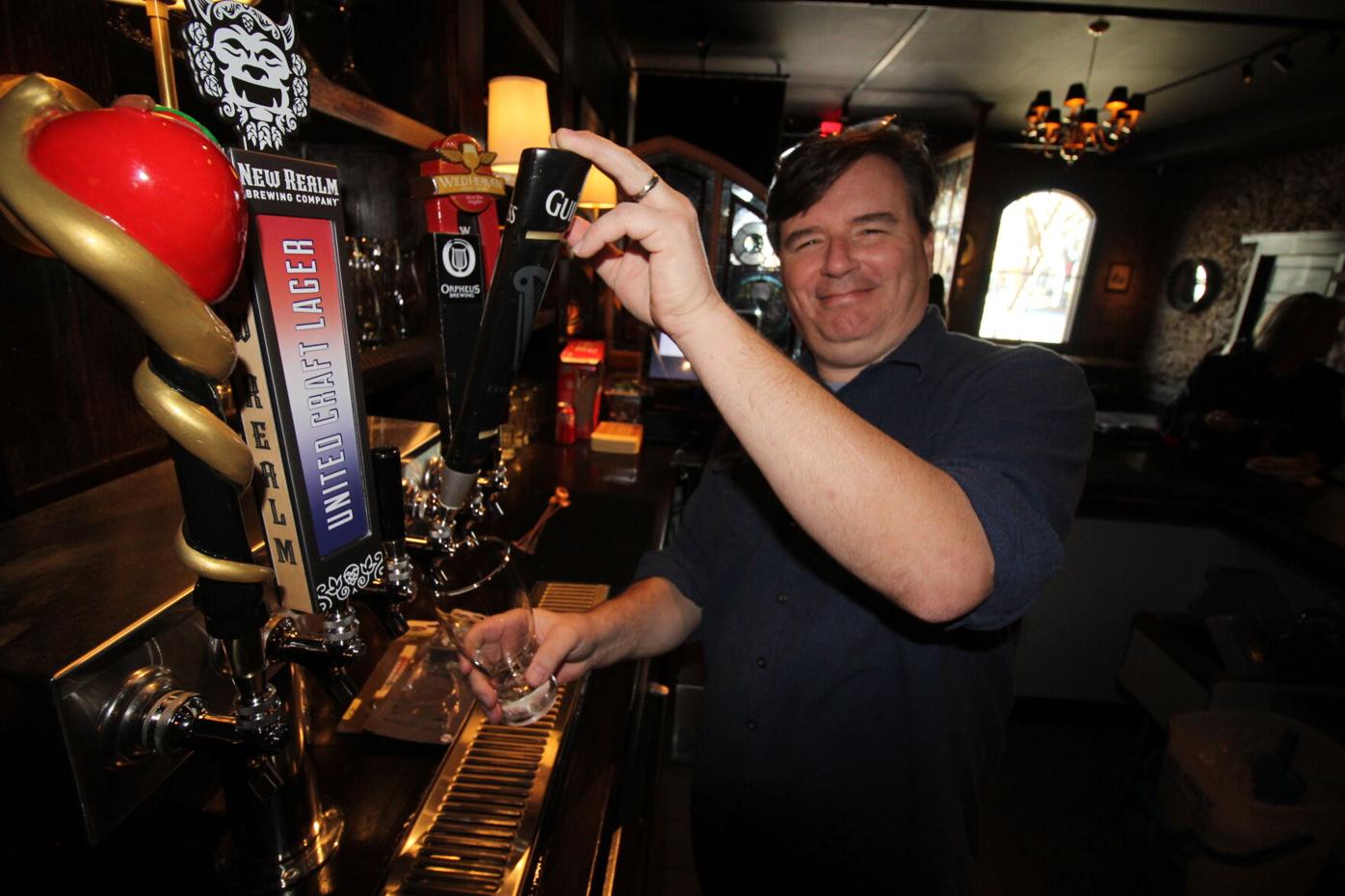 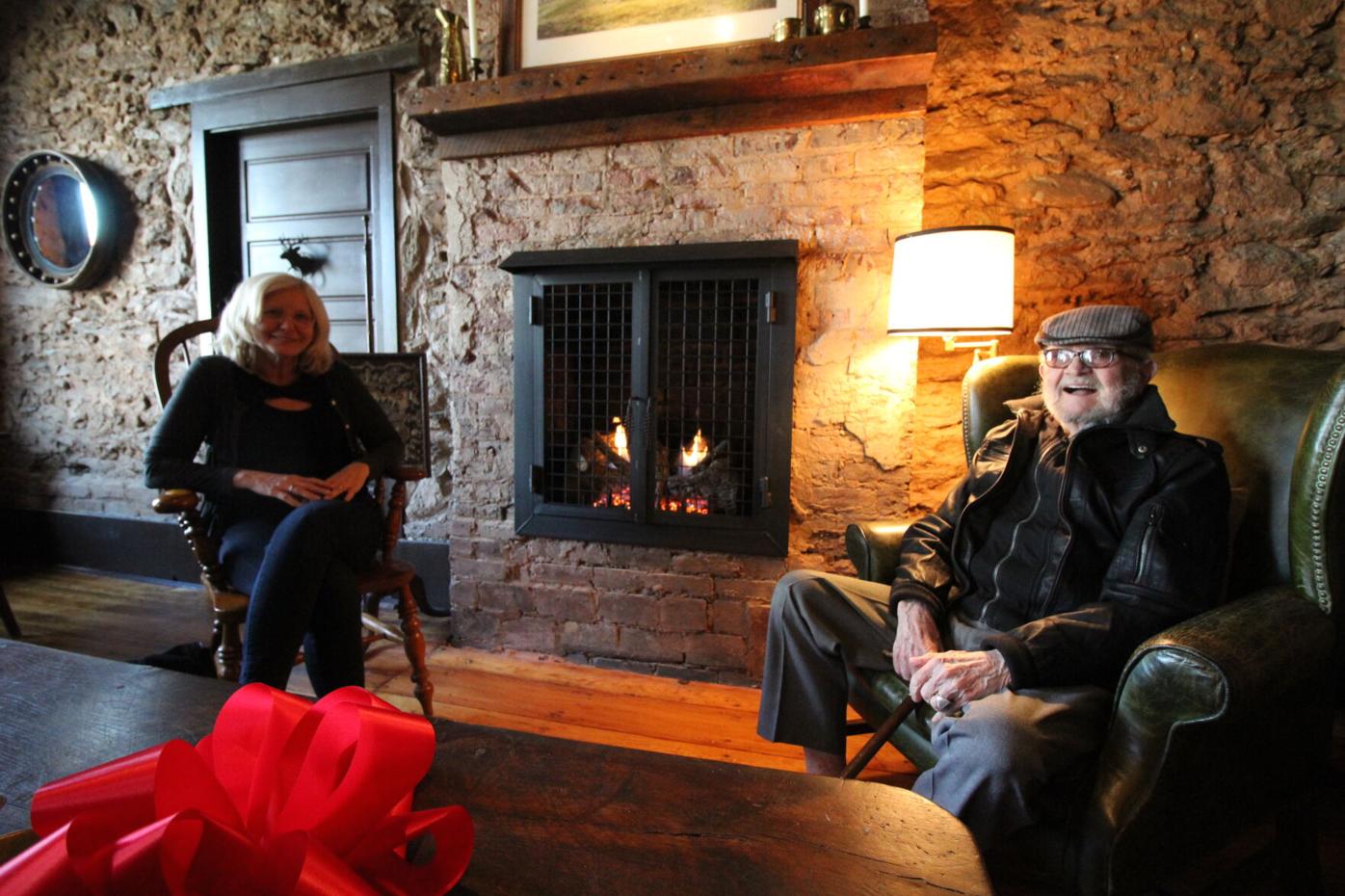 Paula Anderson and Charles Marvil II sit in front of the cozy fireplace at the Hart & Crown Tavern. Marvil is the father of Charles Marvil, managing director of hospitality for Thomas Preston Real Estate. 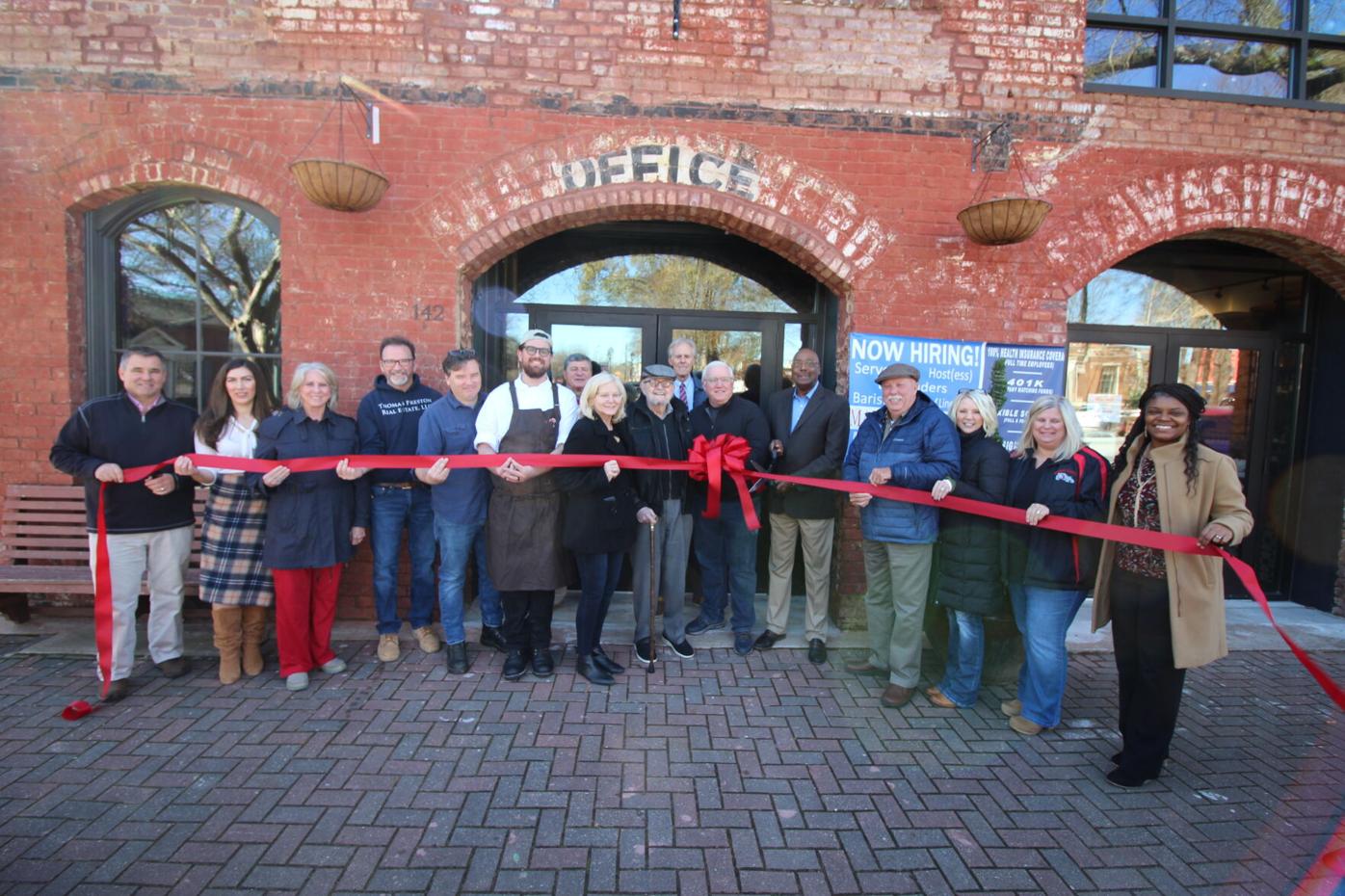 City officials and members of Madison's business community gather Monday in front of the old Simmons Funeral Home for a ribbon cutting welcoming the Hart & Crown Tavern. The tavern hopes to open early in 2022 and has transformed the space into a British pub-style restaurant. 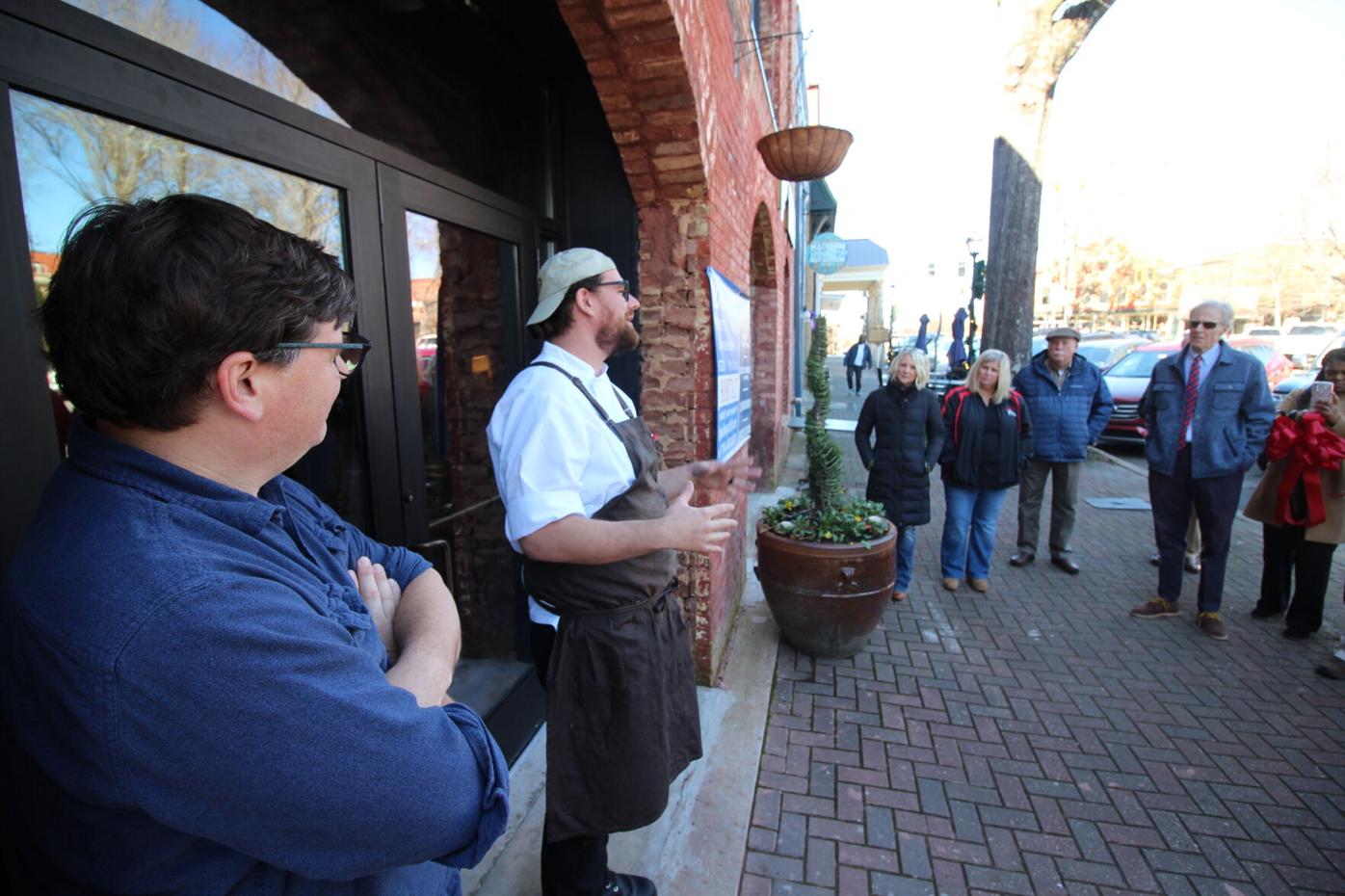 Paula Anderson and Charles Marvil II sit in front of the cozy fireplace at the Hart & Crown Tavern. Marvil is the father of Charles Marvil, managing director of hospitality for Thomas Preston Real Estate.

City officials and members of Madison's business community gather Monday in front of the old Simmons Funeral Home for a ribbon cutting welcoming the Hart & Crown Tavern. The tavern hopes to open early in 2022 and has transformed the space into a British pub-style restaurant.

A portrait of King Richard and a young, young David Bowie line the wall of what was once the entrance to Simmons Funeral Home.

And the visages are appropriate for the latest addition to the Thomas Preston Real Estate, doing business as Mad Hospitality, and the transformation of the old building at the corner of East Washington Street and Hancock.

Welcome to the Hart & Crown Tavern, a British-style pub that is fitted with antique furniture, a beautiful exposed brick wall and working and burning fireplace.

On Monday, members of the Madison business community and government leaders officially cut the ribbon on the new establishment next door to Mad Taco.

“This is an exciting time for our downtown and for Main Street,” said Karen Robertson, Madison Main Street director prior to the ceremony.

Madison Mayor Fred Perriman told Preston Snyder, owner and CEO of Thomas Preston Real Estate, that the pub adds a vibrancy to a part of downtown that has lain fallow for several years. “We are excited you chose this part of the city,” he said. “It was once dead but now it’s back alive again.”

Along with Hart & Crown Tavern, Snyder also opened Mad Taco (now open for lunch) and The Sinclair, a coffee, wine and cocktails bar with small plates located across the street from the Morgan County Courthouse. He also has more plans for the remainder of the old Simmons building down the length of Hancock Street, including a fine dining kitchen in the building and a possible brew pub at the site of the former Mint Juleps Kitchen.

But Monday was about the Hart & Crown Tavern, a unique offering that Director of Operations Nick Bielli said the company hopes to open to the public early in 2022. Hart & Crown, Bielli said, will have the same operating hours as Mad Taco including a lunch menu and British-style food that Executive Chef and Culinary Director Ryan Caldwell said will continue the company’s vision of fresh, locally-sourced ingredients. “We’ll have farm to table, elevated British pub food,” said Caldwell at Monday’s ceremony.

Bielli said the pub will have an extensive and varied whisky offering, including a dedicated Scotch list and a long list of gins. Guinness will be served on tap along with a host of Athens-produced beers. The group is also working on a speciality drinks list that “reflects British bar culture.”

But it’s the space that is almost intoxicating. Dark wood, comfortable seating including chairs shipped from an actual English pub in actual England and contemporary, genuine art work on the east wall depicting London parks.

Snyder said he knew what he had when he committed to the building. “The space suited itself as a British pub as soon as we walked in,” he said. Snyder used Summer Williams Design to bring the space together including original hardwood flooring and a wide, dark bar fronting the extensive whisky collection.

“I think it’s going to be a very special experience.”