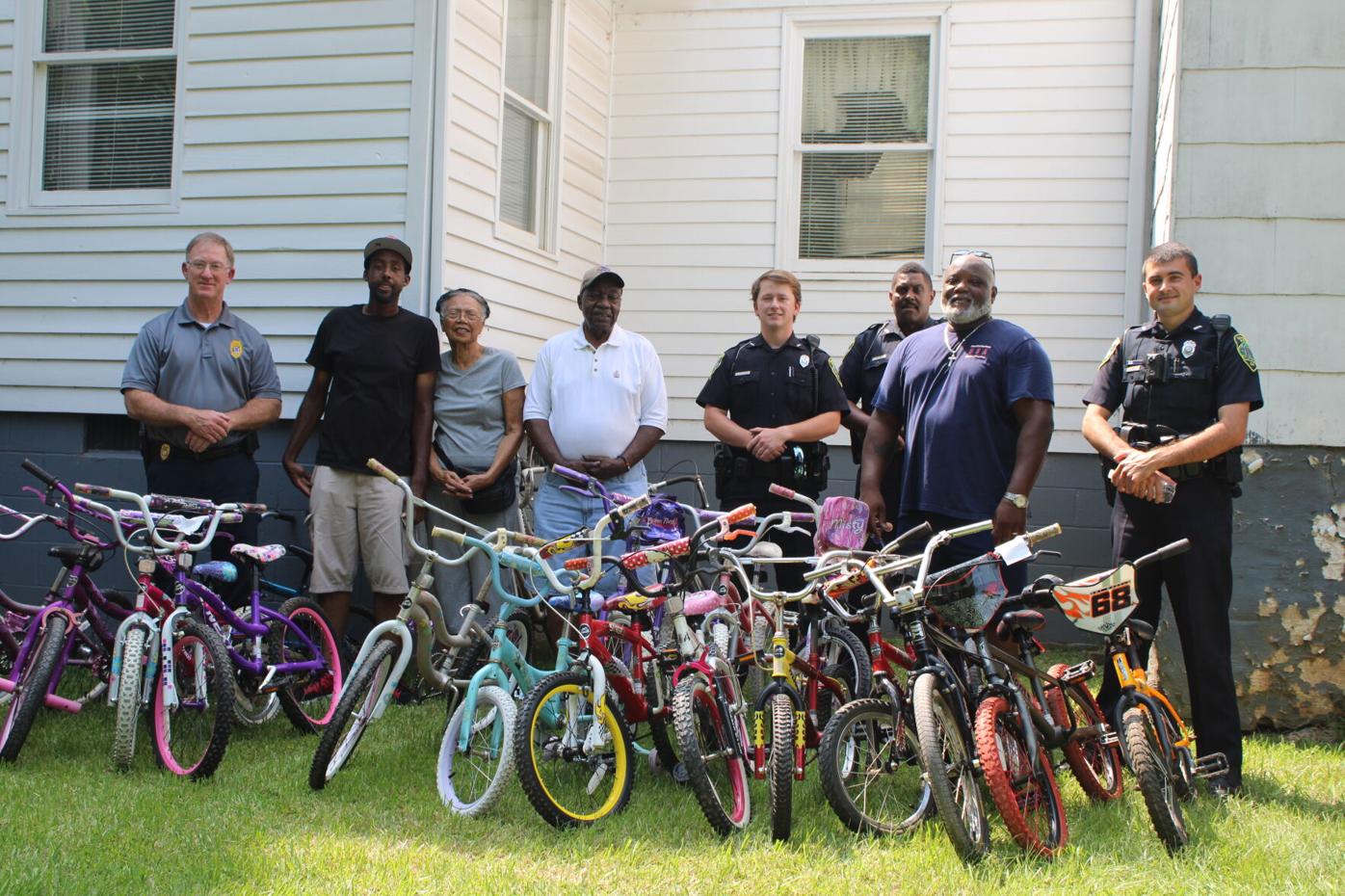 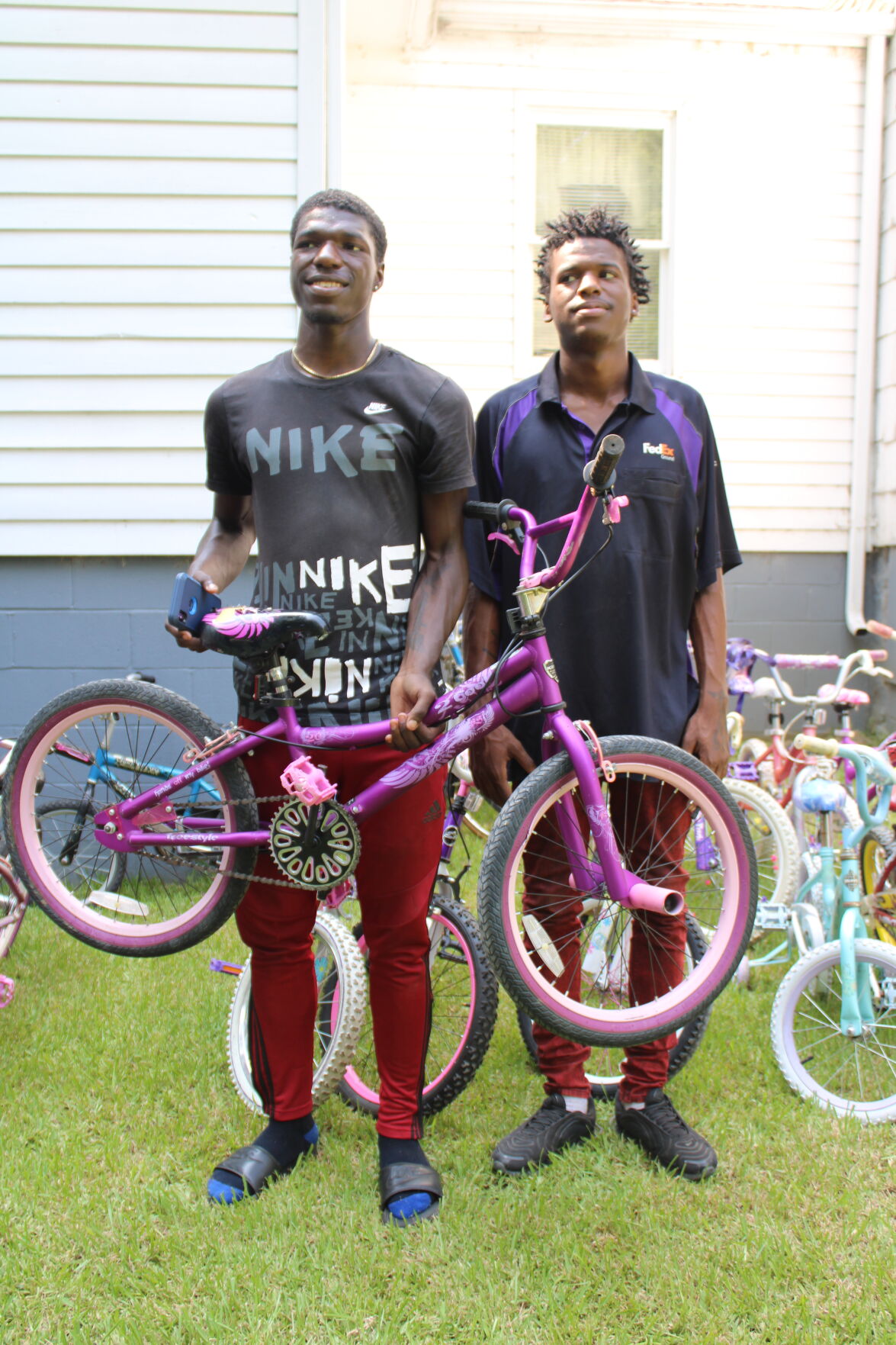 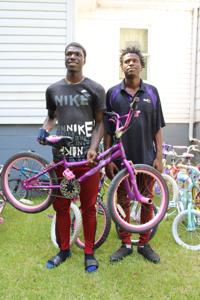 Jaquavious Peek, 18, with his cousin Quinderious Jernigan, 19, picks a bicycle out for his six-year-old sister. ‘She loves to ride and needed a bike.’ 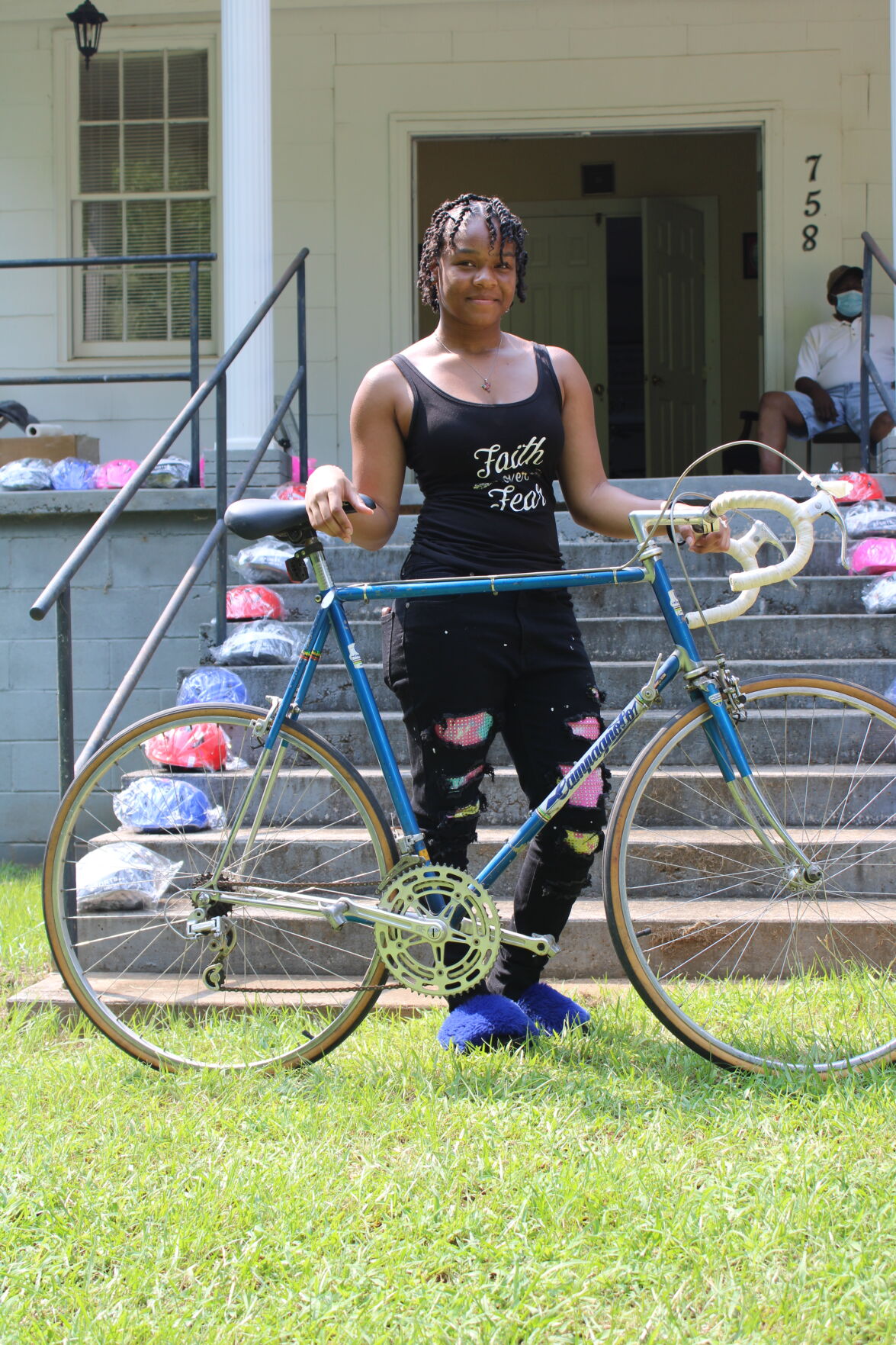 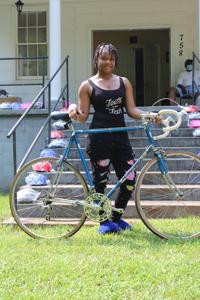 Ke’andra Swain, 16, said she couldn’t wait to ride her new bike around town.

Jaquavious Peek, 18, with his cousin Quinderious Jernigan, 19, picks a bicycle out for his six-year-old sister. ‘She loves to ride and needed a bike.’

Ke’andra Swain, 16, said she couldn’t wait to ride her new bike around town.

Dozens of bikes were given away for free last Friday to equip children with some new wheels to ride around town right before school got back in session.

Russell and Mary Greene, a local couple known for transforming grief into generosity after losing their teenaged son, Marcus Trey Greene, in 2015, teamed up with the Madison Police Department, Maxie Jones, the Rev. Cecil Champion and Pat Reams, owner of Reams Enterprise, to host a free bicycle giveaway for families in need.

“The Madison Police Department would like to help support Mary and Russell Greene with a bike give-away program in honor of their son, Trey, who passed away from Sickle Cell and heart disease,” said a release from the police department. “This is an effort to help children who may need some assistance in getting a bicycle, and to inform people about diseases that affect our children. We thank Mr. Pat Reams who was instrumental in providing the bicycles for these children.”

Reams supplied the bikes, while the Madison Police Department and the Greenes spread the word to the community to come out to Clark Chapel Baptist Church to pick out a bike and helmet free of charge.

“We want these kids to get back outside,” said Russell Greene. “Riding bikes is a great way to get kids and parents out of the house together as a family.”

The Greenes are in the process of planning a community bike-a-thon and walkathon in September through Downtown Madison to further the effort of providing outdoor, family-friendly events.

The Greenes said are motivated by their Christian faith and the memory of their beloved son, whose memory and spirit is kept alive through their charitable endeavors for the community.

“Trey was a smart kid. He was an honor student. He played trumpet in the marching band at his high school. He didn’t let his illness get in the way of conquering what he wanted to do,” said Mary, who graduated from Morgan County High School in 1986, in a previous interview.

“If you had a chance to see him you would never think he was sick. No one would have known by looking at him,” said Russell Greene.

But Trey’s positive attitude couldn’t repair his ailing heart. Shortly after Trey was born in 1999, he was diagnosed with Sickle Cell Anemia, an inherited genetic disease that adversely affected red blood cells.

“There’s no cure,” said Mary. “Starting at six months old, all of his life, he was hospitalized many times from acute chest syndrome, pneumonia, infections and sickle cell pain episodes.”

The Greenes sought various treatment methods until Trey went into heart failure in October of 2013 and was sent to The Children’s Hospital of Atlanta. By January 2014, Trey received a heart transplant, and soon he returned to school to do what he loved most: study and play music. But more complications were to soon arise from his heart transplant. Trey’s new heart sprung a valve leak before his body ultimately rejected the heart altogether.

“I can’t even tell you what the feeling is like to be at a top hospital and a bunch of doctors tell you there is nothing else they can do for your son,” said Russell. “They just told us to take him home and make him comfortable.”

“Trey was finally called home,” said Mary. “It hurt us to think about it in the moment. But God gave us the strength to deal with what we were going through.”