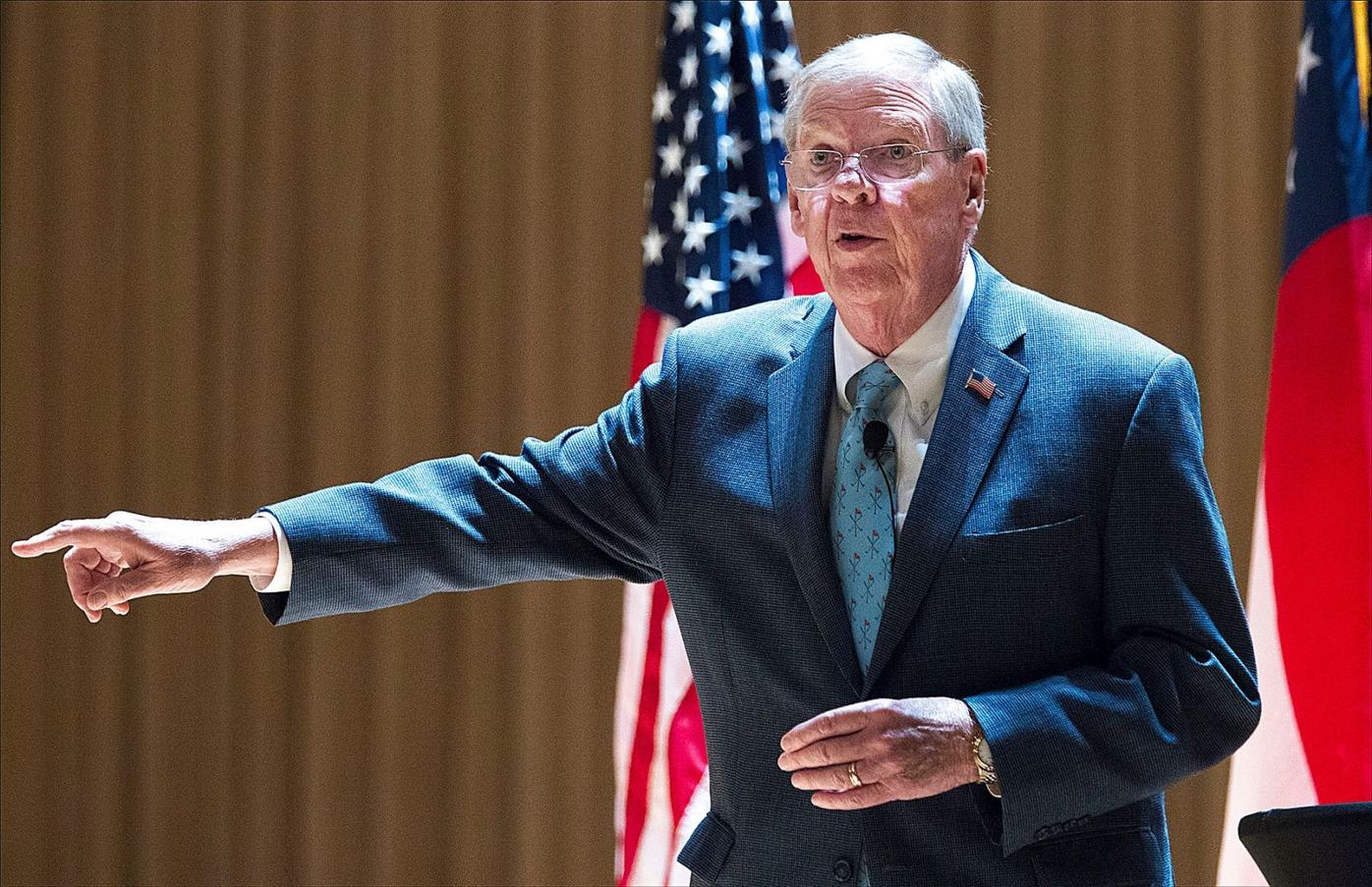 In this 2017 file photo, U.S. Sen. Johnny Isakson answers a citizen’s question on healthcare inside the Dr. Bobbie Bailey & Family Performing Arts Center on the KSU campus during a town hall meeting. 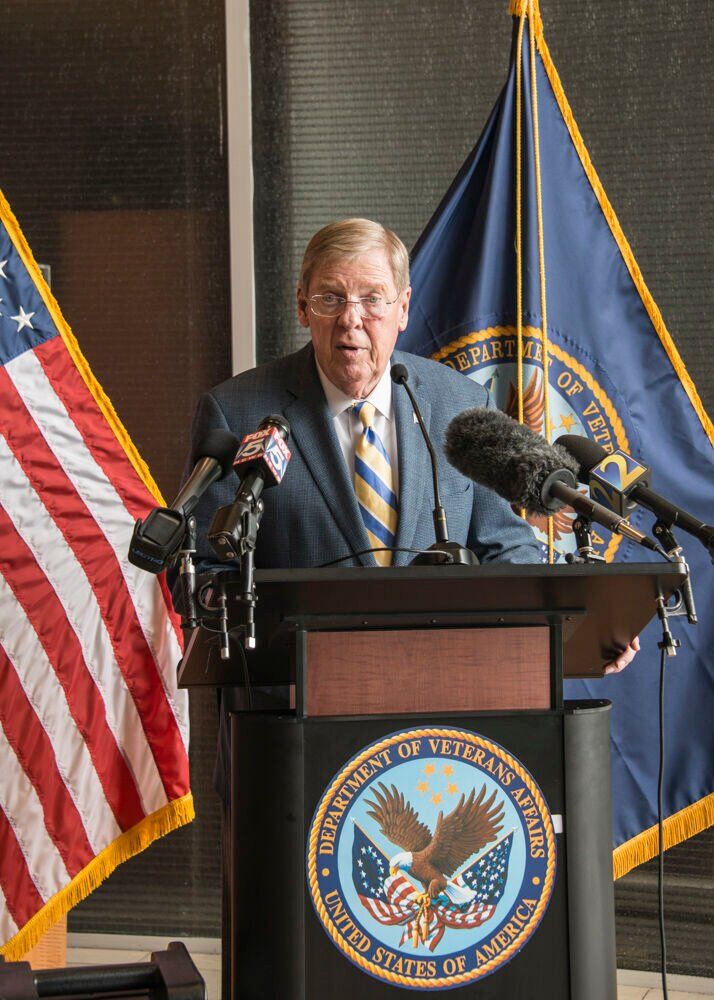 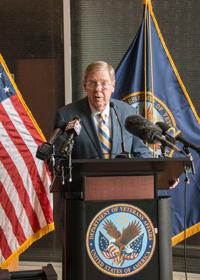 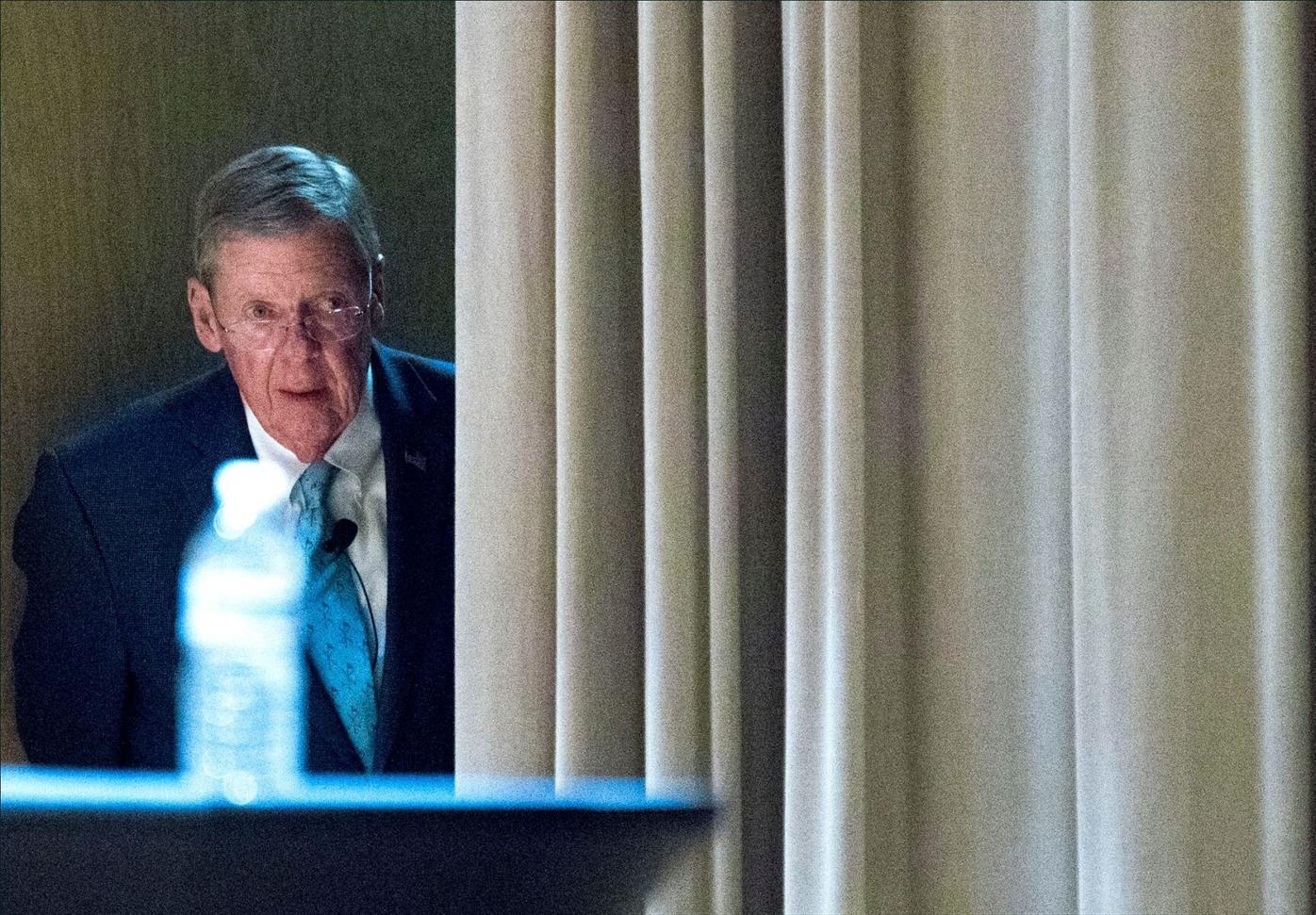 U.S. Sen. Johnny Isakson peers out at the full house inside the Dr. Bobbie Bailey & Family Performing Arts Center on the KSU campus as he waits to be introduced for a town hall meeting. 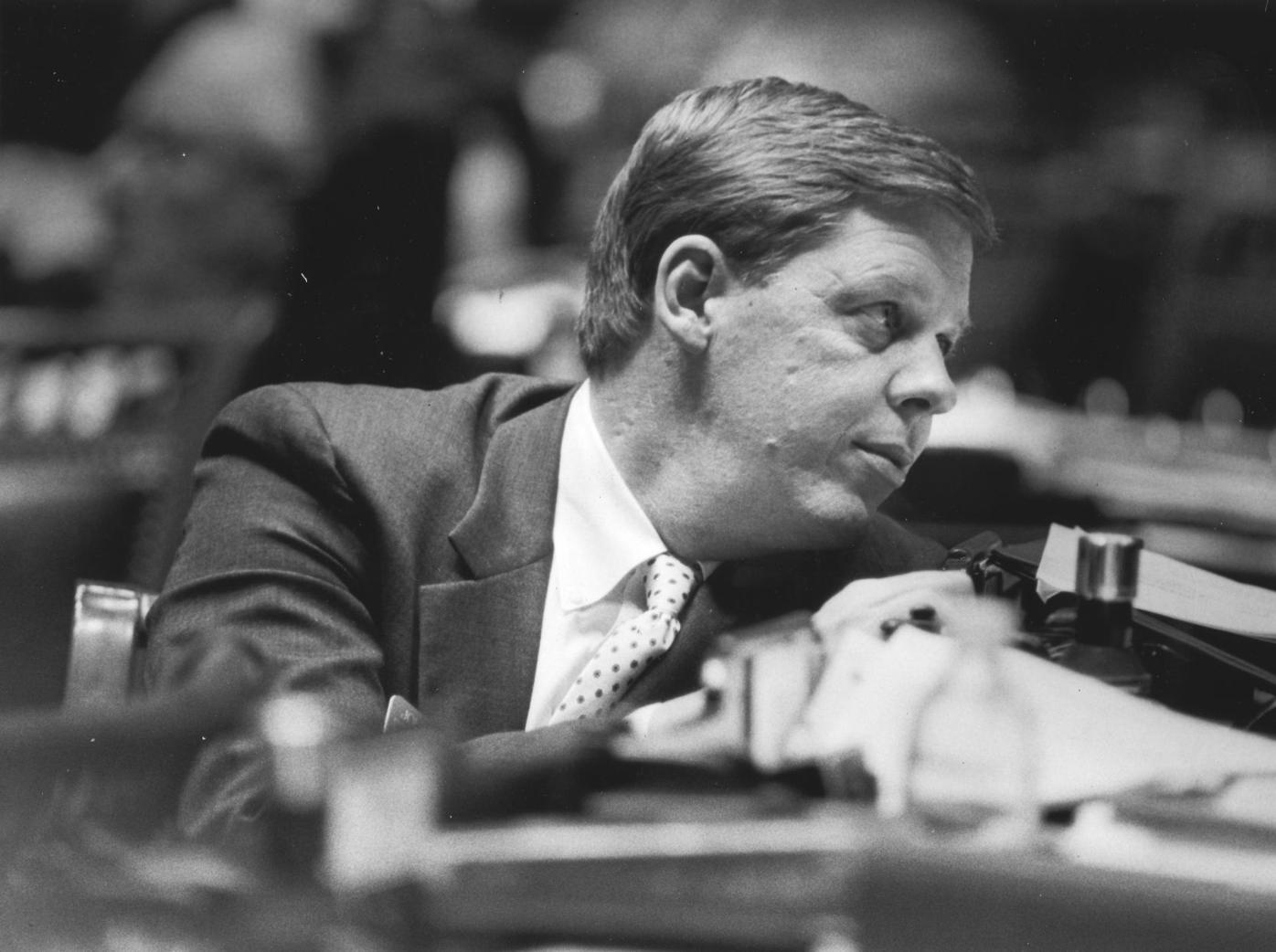 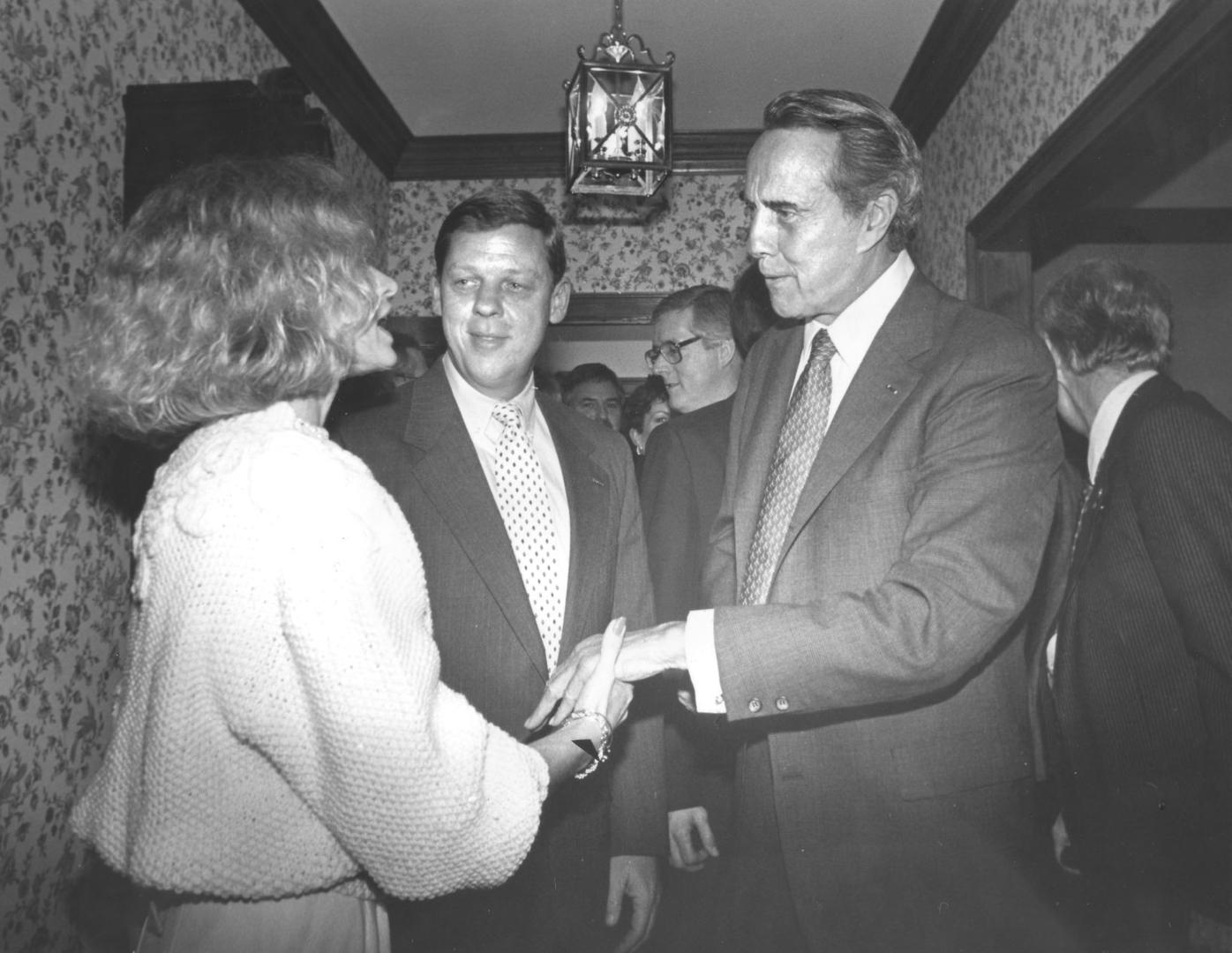 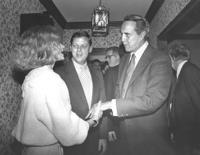 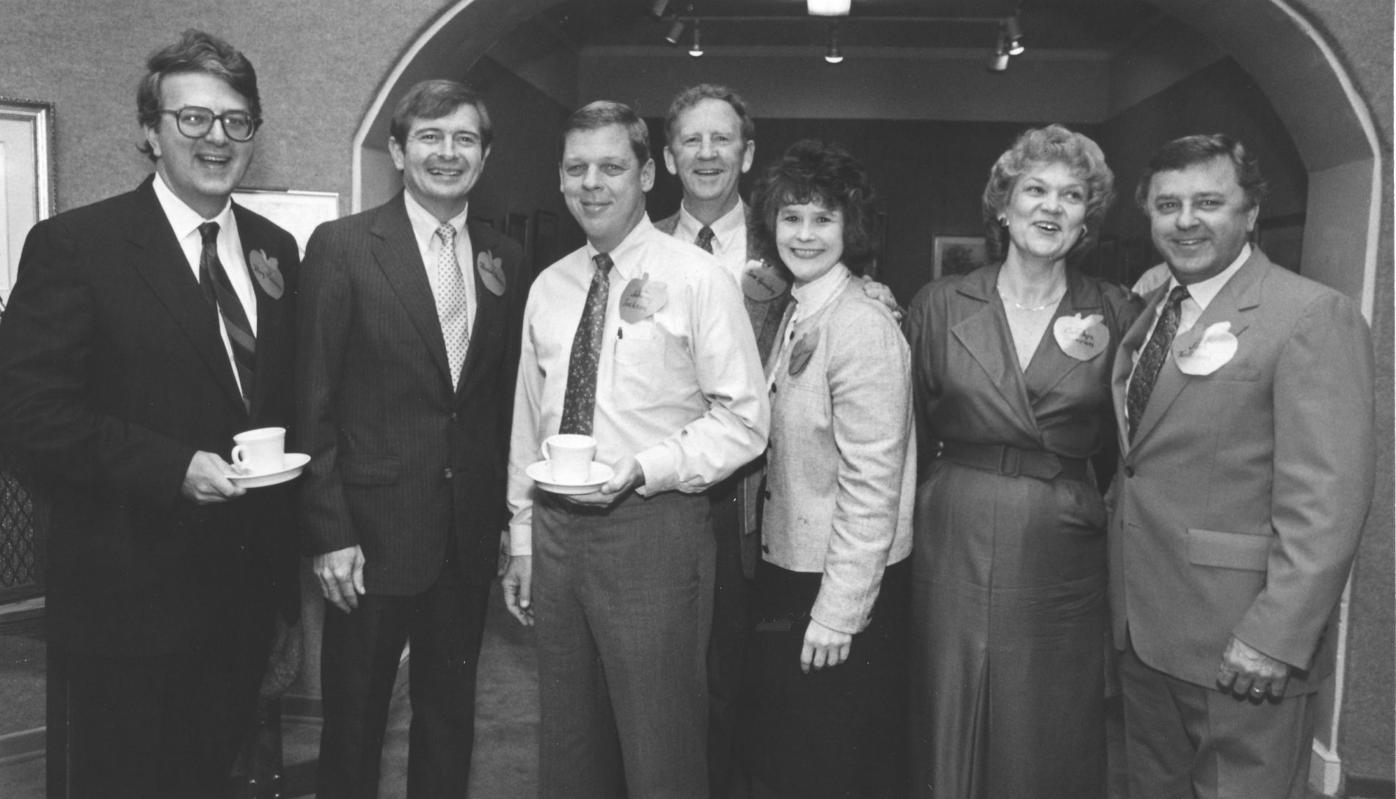 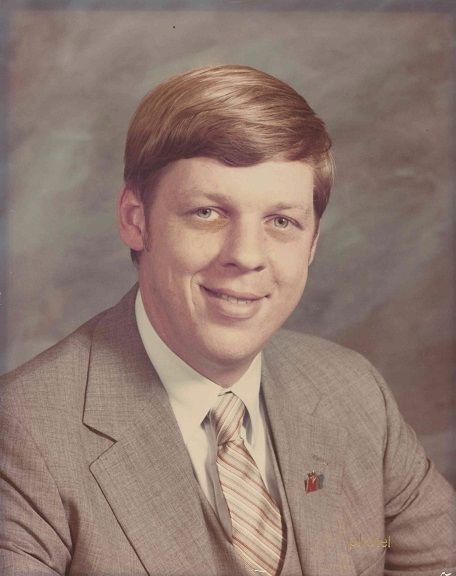 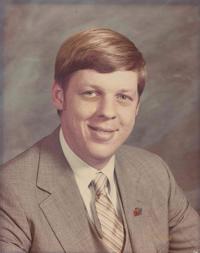 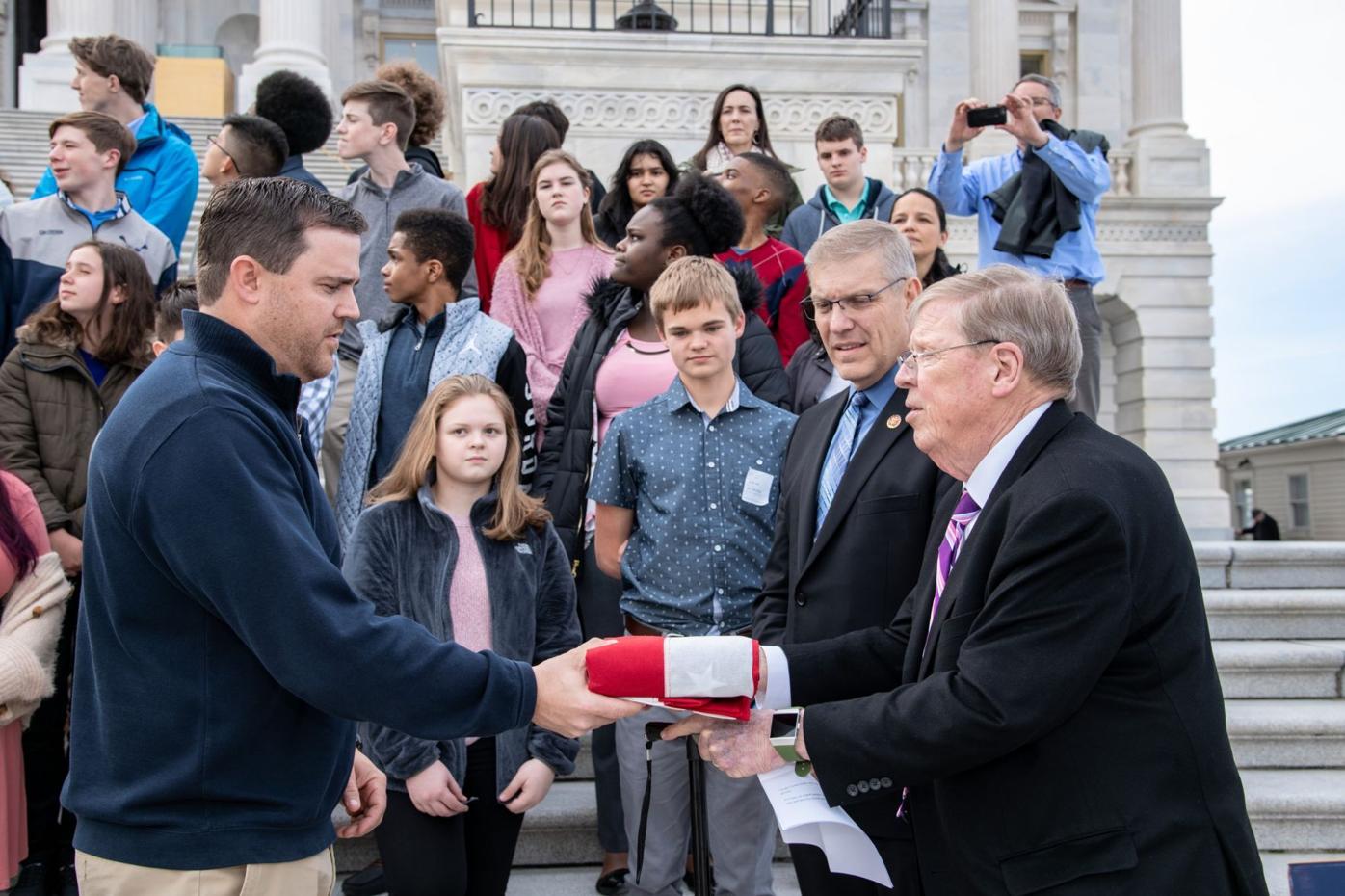 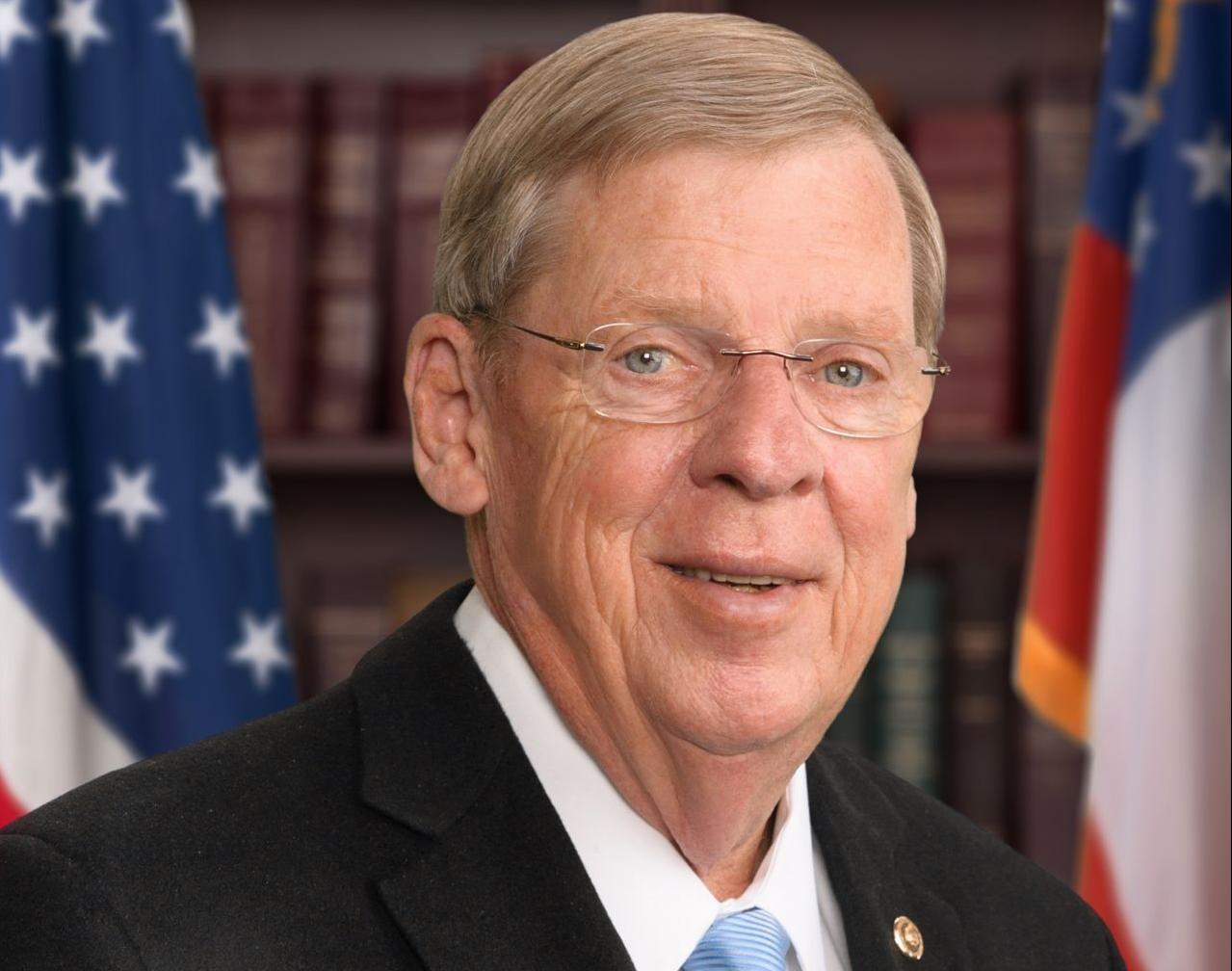 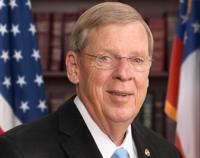 In this 2017 file photo, U.S. Sen. Johnny Isakson answers a citizen’s question on healthcare inside the Dr. Bobbie Bailey & Family Performing Arts Center on the KSU campus during a town hall meeting.

U.S. Sen. Johnny Isakson peers out at the full house inside the Dr. Bobbie Bailey & Family Performing Arts Center on the KSU campus as he waits to be introduced for a town hall meeting.

His death was confirmed Sunday by the Isakson family. The former senator announced in 2015 he had been diagnosed with Parkinson’s Disease. He cited the disease’s advance when he announced his retirement from the senate in 2019.

Isakson held the distinction of being the only Georgian ever to have been elected to the state House, state Senate, U.S. House and U.S. Senate, and in 2016 he also became the first Georgia Republican ever to be elected to a third term in the U.S. Senate.

Politicians on both sides of the aisle took to social media Sunday morning to pay tribute to Isakson.

“Georgia has lost a giant, one of its greatest statesmen, and a servant leader dedicated to making his state and country better than he found it,” Gov. Brian Kemp said in a statement shared on social media Sunday. “As a businessman and gifted retail politician, Johnny paved the way for the modern Republican Party in Georgia, but he never let partisan politics get in the way of doing what was right.”

“U.S. Senator Johnny Isakson served the whole of Georgia with attention and fairness Democrat and gubernatorial candidate Stacey Abrams wrote on Twitter. “With every interaction, my respect for him grew and never wavered. Though we held different ideologies, I was honored to call him friend.”

“Senator Johnny Isakson’s passing marks the end of an era,” Republican and former Congressman Newt Gingrich tweeted. “Johnny was a founder of the modern Georgia GOP. His years of patient, steady work with an always positive attitude, a smile for everyone, and a balanced approach to life, politics, and government made Georgia a better place.”

“Our politics were different but our goals were the same,” state Rep. Erick Allen, D-Smyrna, wrote. “To serve with humility, respect, and purpose. Sen. Isaksonwas a presence in the lives of many public servants and will be greatly missed. RIP Senator, we are better because you were.”

According to his Senate biography, Isakson was born in Atlanta on Dec. 28, 1944, and graduated from the University of Georgia in 1966 before serving in the Georgia Air National Guard until 1972.

Isakson’s biography states he opened the first Cobb County office of his small, family-owned real estate business, Northside Realty, in 1967 and spent 20 years as president of the firm, growing it into one of the largest independent real estate brokerage companies in the Southeast and nationwide.

He was elected a member of the Georgia General Assembly in 1976 and served there until 1990 when he unsuccessfully campaigned for election as governor.

Isakson was elected in 1999 to the U.S. House for the first of three terms.

His declining health would change those plans, however.

“After much prayer and consultation with my family and my doctors, I have made the very tough decision to leave the U.S. Senate at the end of this year,” Isakson stated when announcing his retirement in August of 2019. “I am leaving a job I love because my health challenges are taking their toll on me, my family and my staff.”

After becoming chairman of the Senate Committee on Veterans’ Affairs in 2015, Isakson pushed for more transparency within the agency and benefit reforms for veterans’ health care.

Under his leadership, the committee passed 25 pieces of legislation in 2017 and 2018, which were all signed into law, including the flagship Maintaining Internal Systems and Strengthening Integrated Outside Networks (MISSION) Act, which included changes meant to to improve the VA’s healthcare delivery system and provide veterans with more choices and fewer barriers to care.

State Sen. Kay Kirkpatrick, R-east Cobb, has called Isakson one of her personal heroes, citing his ability to bring people together and face issues with common sense.

Isakson was known, in part, for a commitment to bridging partisan divides. His farewell speech to the senate included a plea for bipartisanship.

“There’s something missing in this place. … America, we’ve got a problem, just like Apollo had,” Isakson said in his speech.

“Bipartisanship is a state of being, a state of mind,” he continued. “We’ve got to stand up to the evils of society today because if we don’t do it, nobody will. The best country, the strongest country in the world cannot succumb to crushing itself inwardly.”

During his time as senator, one of Isakson’s most popular annual events was the luncheon he hosted in Washington for the entire Senate, uniting both Republican and Democratic members through a shared love of Southern food.

Marietta chef and restaurant owner Dale Thornton, a 30-year friend of Isakson’s, had been involved in almost every annual luncheon put on by the senator going back 11 years.

“Johnny is a true statesman in a time when there’s very few left,” Thornton told the MDJ upon learning of his retirement in 2019. “He tries to be bipartisan as much as possible and do what is right for the people, the state and the nation.”

Dr. Kerwin Swint, an author, commentator and professor of political science at Kennesaw State University, said before Isakson’s retirement the then-senator stood out among elected officials for his bipartisan approach and admiration from all, regardless of their political persuasion.

“He’s been a fixture of Georgia politics for decades and helped build up the Republican party in the late 20th century,” Swint told the MDJ. “He’s got a long legacy of building and success and he’s really known for his integrity.”

Swint said Isakson, affectionately known as ‘Gentleman Johnny,’ is the opposite of pushy legislators, preferring instead to be cordial and let ego take a back seat.

“He’s someone who is unafraid to be different, to lead and to criticize when necessary and who has built a real following in both parties. He’s not into power politics, he just wants to do a good job and help people, he’s been reliable, and the bipartisan admiration for him is a little different in this day and age, no question about it.”

After his retirement, Isakson dedicated himself to raising money for Parkinson’s research.

‘Statesman’ Isakson honored by Georgia leadersIsakson provided the final contribution to the Isakson Chair for Parkinson’s Research at the University of Georgia, helping the endowment reach its $4.5 million goal. And he founded the Isakson Initiative, a non-profit devoted to funding research on Parkinson’s, Alzheimer’s, and other neurological diseases.

For his contributions as a lawmaker and member of the Cobb community, Isakson received numerous awards throughout his life.

The MDJ presented Isakson with the Cobb County Citizen of the Year Award in 1988. At the time, Isakson’s real estate company had more than 1,000 agents, 28 offices and $1.4 billion in annual sales, the MDJ reported.

In 2017, Isakson was named East Cobb Citizen of the Year at a Cobb Chamber of Commerce breakfast where he was celebrated by a who’s who of local business leaders, elected and appointed officials and members of the East Cobb Area Council.

Then-Cobb Chamber President David Connell described Isakson as “the definition of a statesman and a public servant.”

At the time, Isakson’s wife, Dianne, said her husband had enjoyed their almost 50 years in Cobb and their involvement in the county’s growth and development.

Cobb Commissioner JoAnn Birrell said Isakson was long overdue to receive the award, commenting at the time he’d done so much for the county, Georgia and the entire nation.

“I can’t think of a finer, more deserving person,” Birrell said at the time.

In accepting the honor, Isakson said Cobb was the greatest county in Georgia and he was proud to call it home.

“It’s where I raised my family, built my business and go to church,” he said at the time. “This is one of the best honors I can think of, and I appreciate it tremendously.”