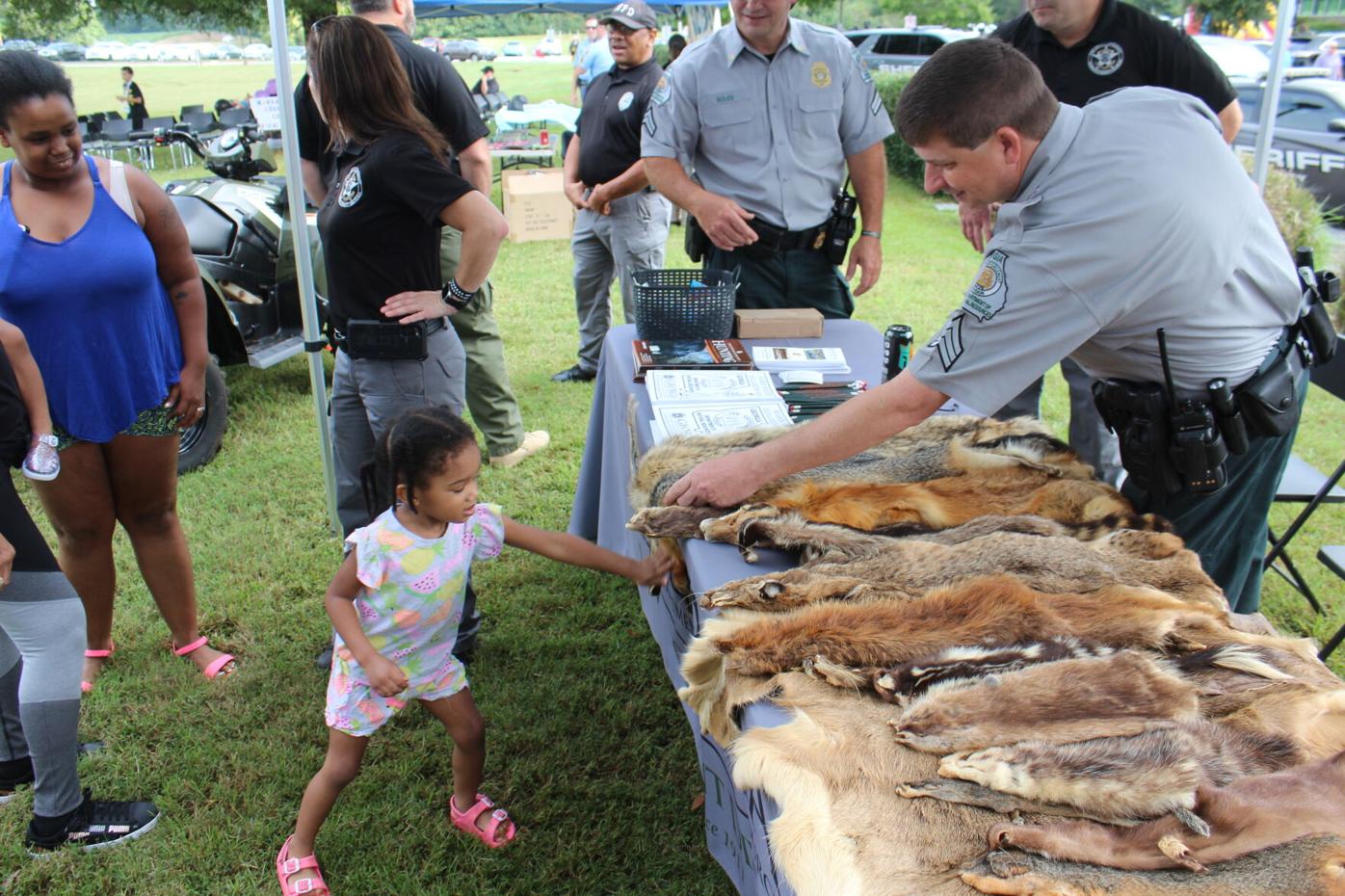 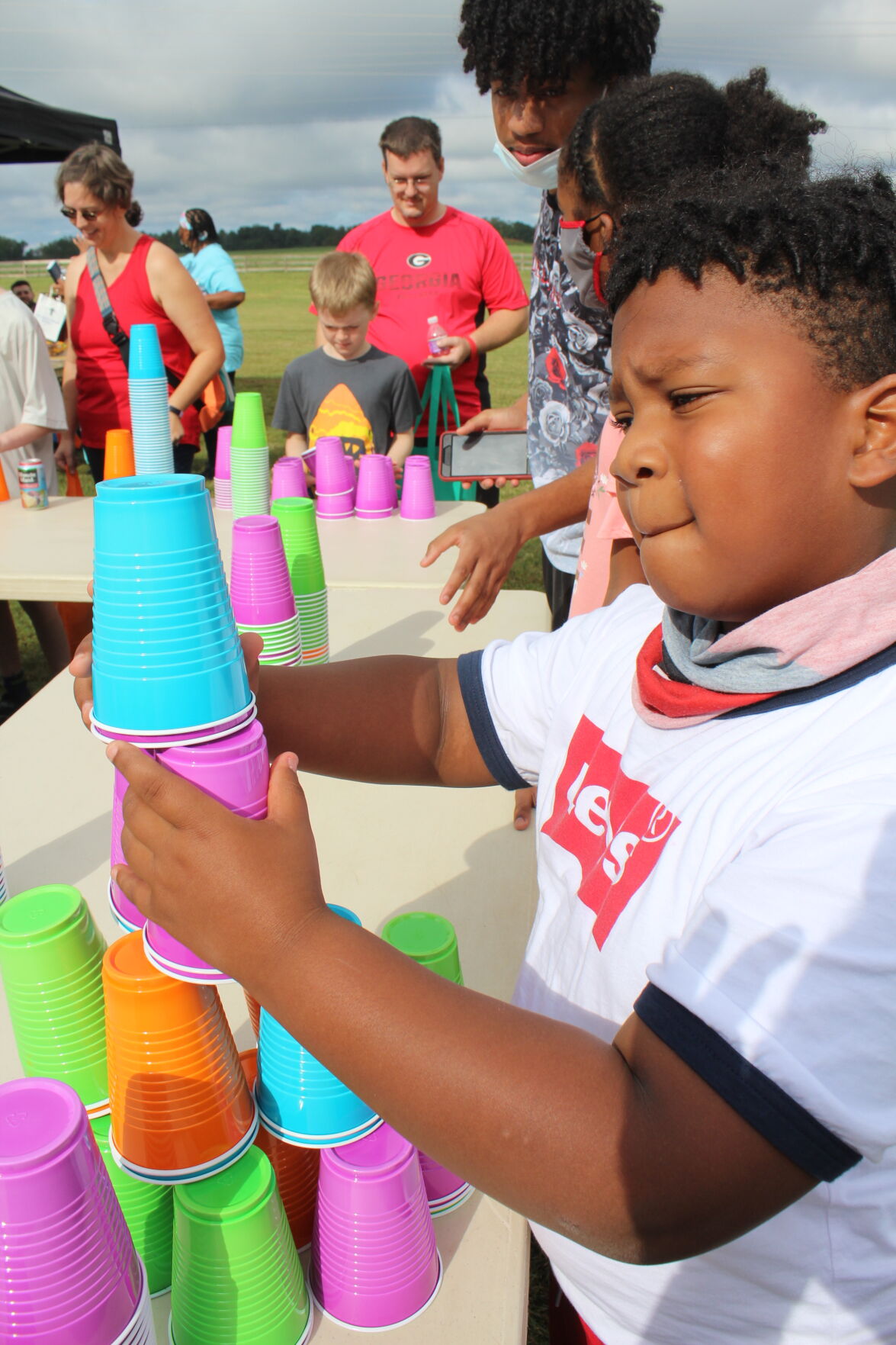 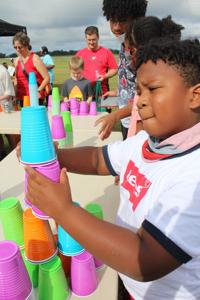 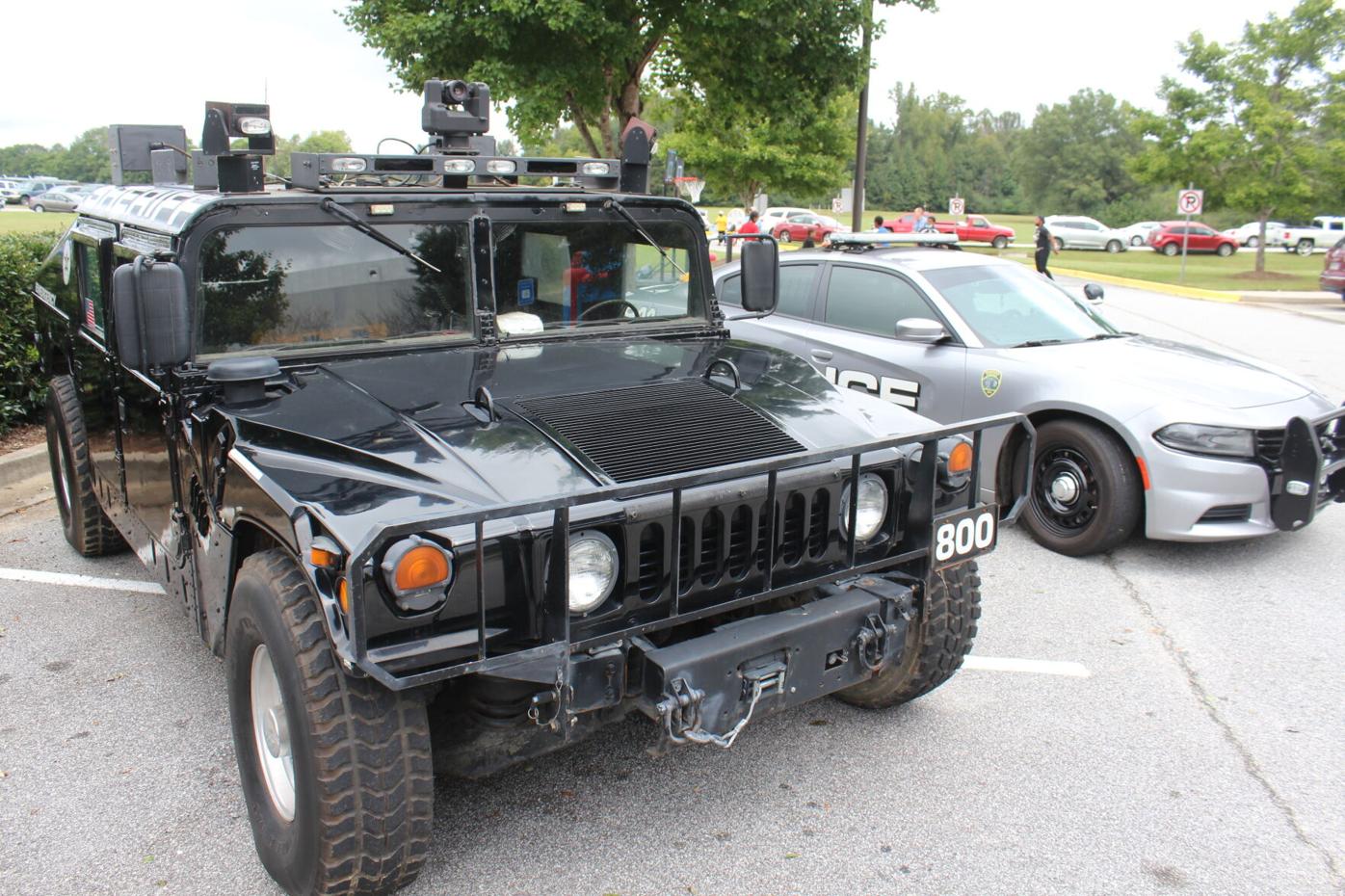 A Morgan County Sheriff’s Office Hummer vehicle and a Madison Police Department patrol car were on display Saturday at the Faith and Blue event. 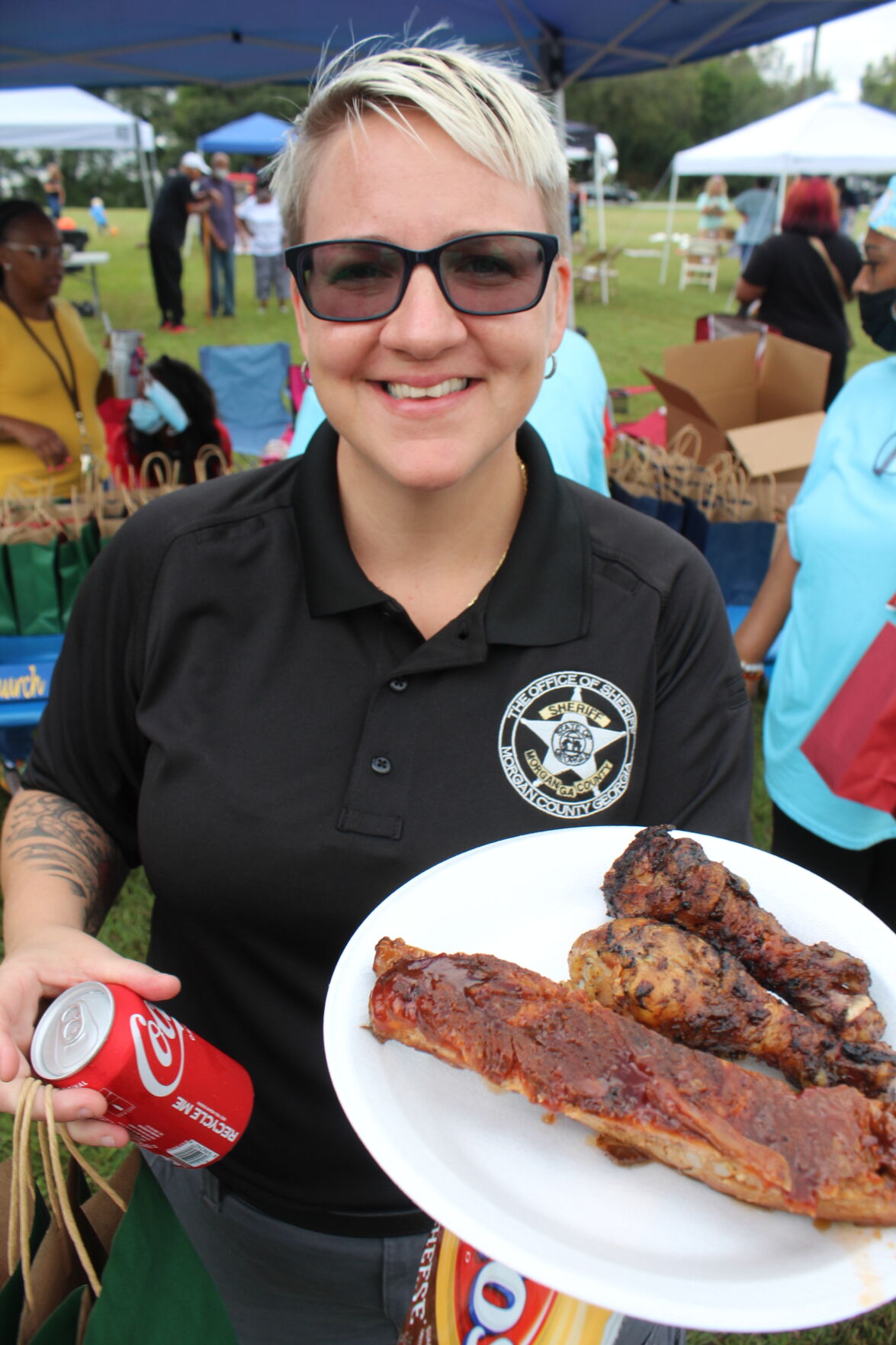 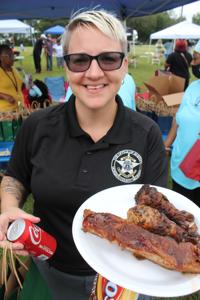 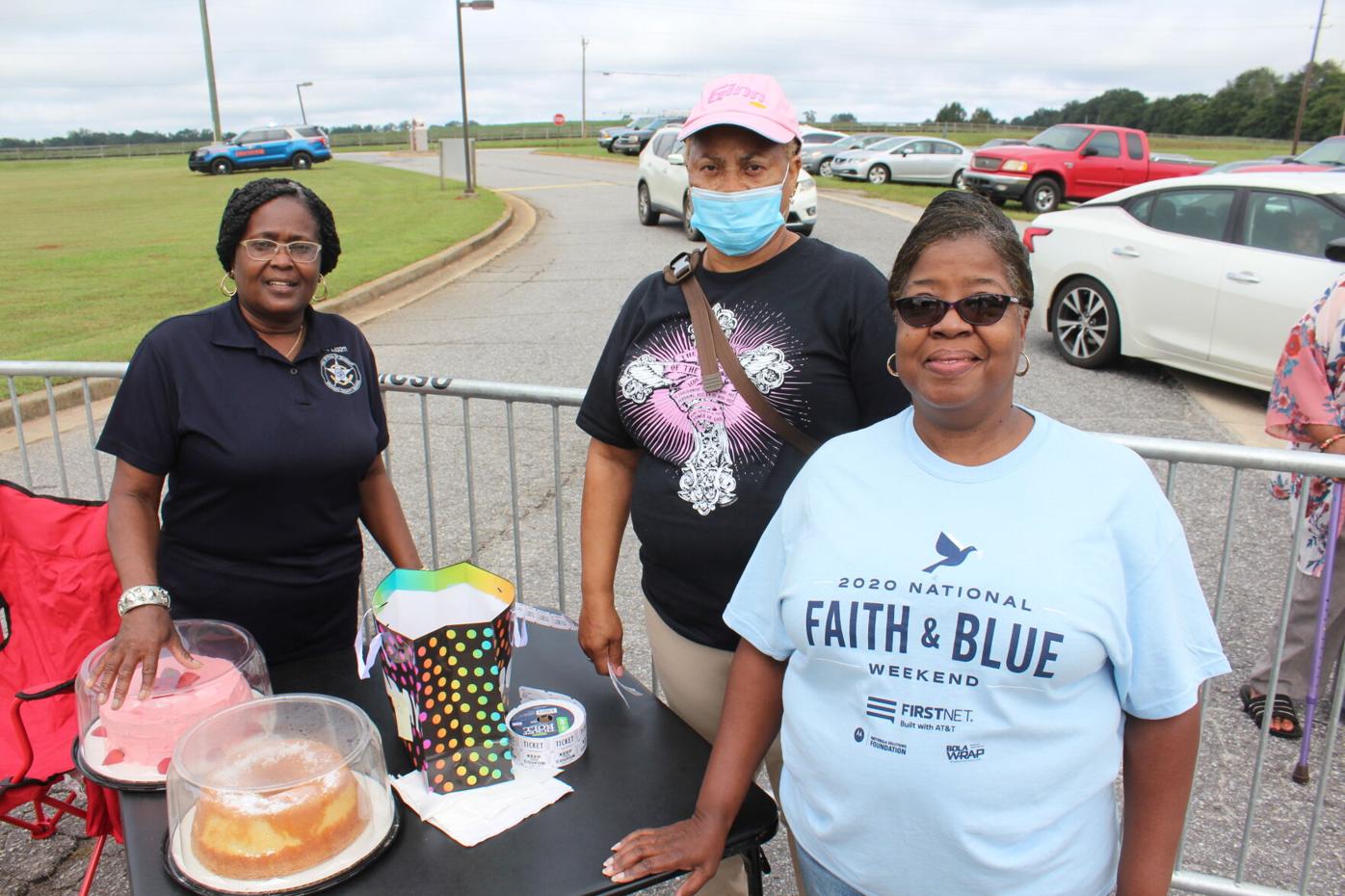 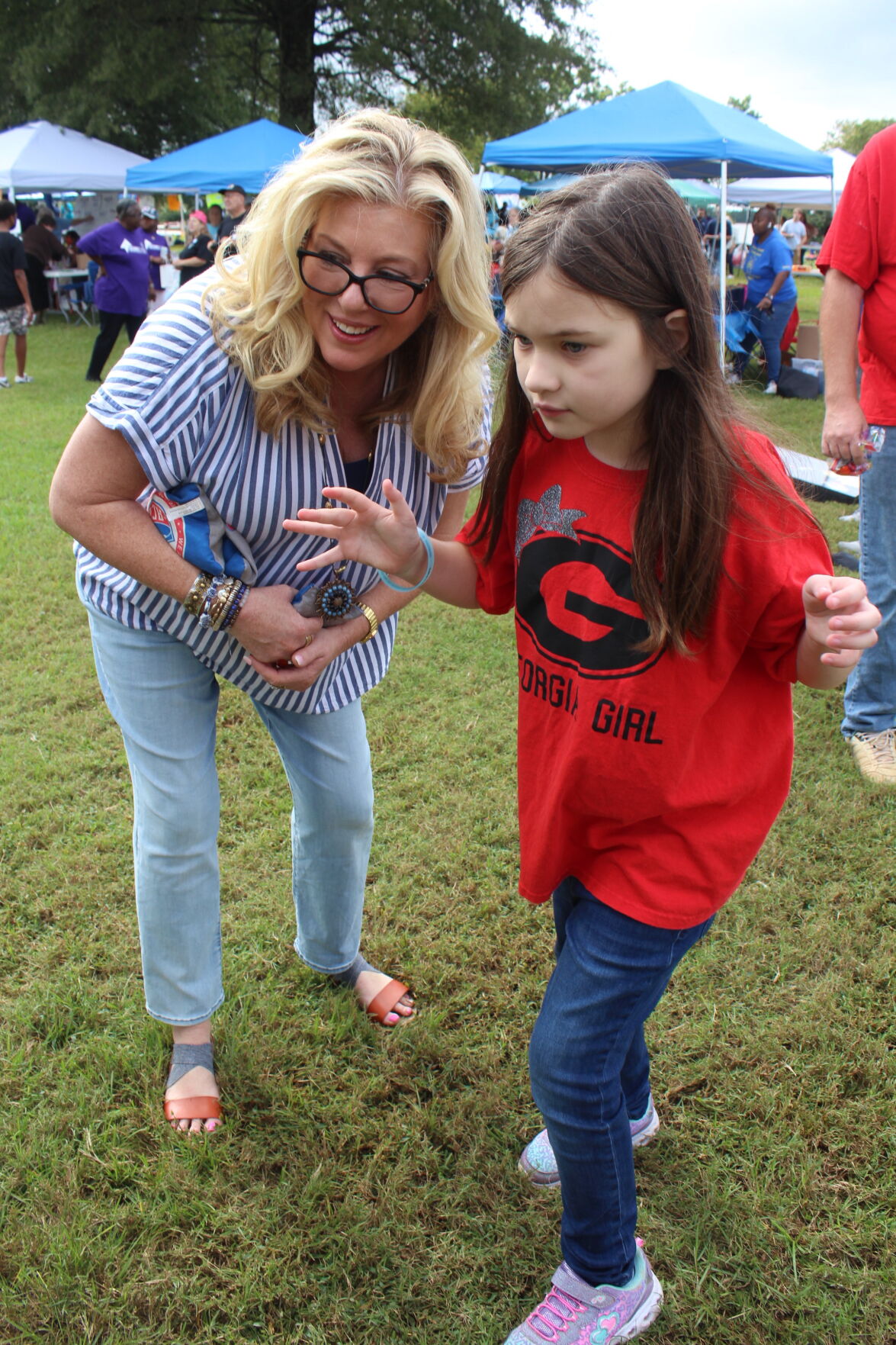 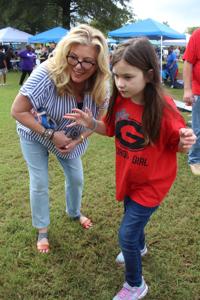 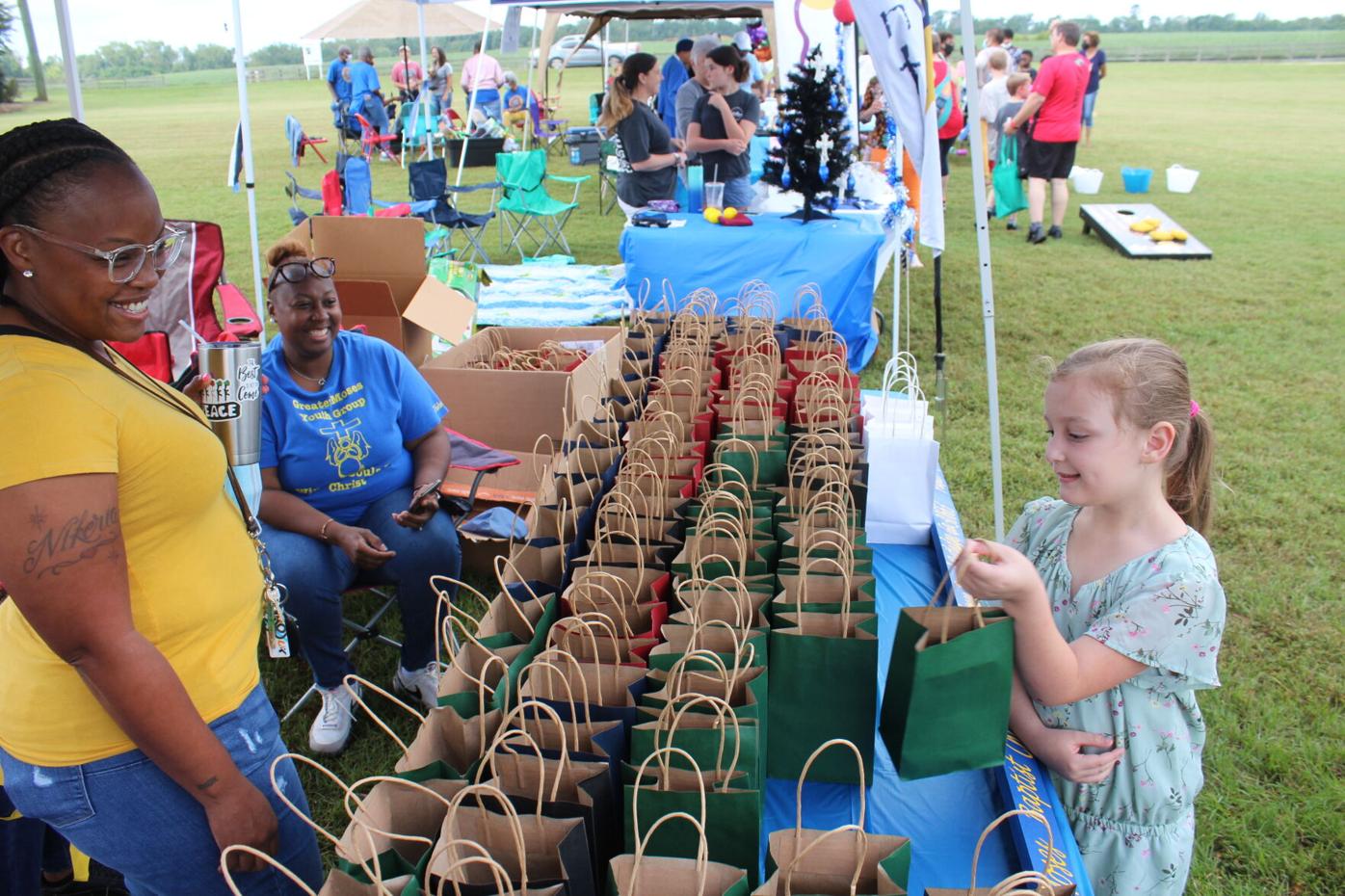 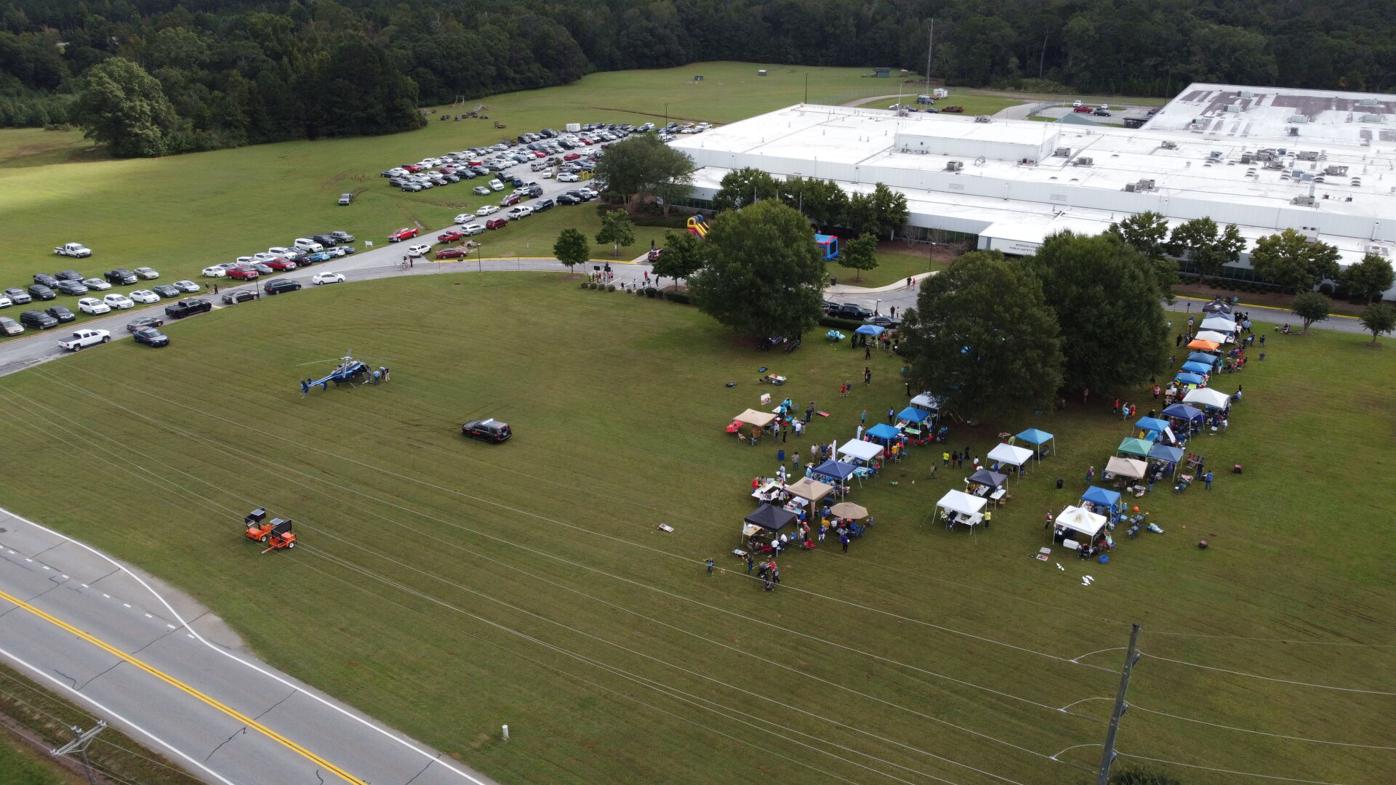 A Morgan County Sheriff’s Office Hummer vehicle and a Madison Police Department patrol car were on display Saturday at the Faith and Blue event.

He got his wish.

On a day when the rain finally stopped, hundreds of men, women and children crowded the carnival atmosphere at the safety center.

With the center’s expansive front yard covered with tents from church and community groups offering games for children and information, the event also included free food, music and giveaways.

The Faith & Blue event was part of a national effort to “join your local law enforcement and members of your community for a weekend of resolution and reconciliation,” a press release from the Morgan County Sheriff’s Office said. “National Faith & Blue Weekend is a collaborative effort to build bridges and break biases.”

Morgan County Commissioner Bill Kurtz said while scanning Saturday’s large crowd that the event would “go a long way to help form a relationship between the community and police.”

Three-year-old Nevaeh Cox reached out at the urging of Sgt. Matt Garthright, Georgia Department of Natural Resources (DNR), to feel the pelt of several animals at the DNR booth from coyotes to skunks to fox.

Across the yard people interacted and enjoyed the fall sunshine.

Chief Deputy Keith Howard was optimistic while watching the event play out. “With everything going on in the nation,” he said, “we think Morgan County is a good example for the rest of the nation.”

Howard said the event coordinators had reached out to faith-based groups to spread the word of the event and its purpose because those groups mirror many of the concepts the Morgan County Sheriff’s Office uses to police. “Being a house of worship initiative,” Howard said, “is perfect for the Morgan County Sheriff’s Office because the sheriff’s office motto is ‘Faith, Family and Service.’”

The Faith & Blue movement was founded in October 2020, after the national spotlight fell on the tragic murder of George Floyd and other officer-involved deaths that sparked controversy and tension between local communities and police.