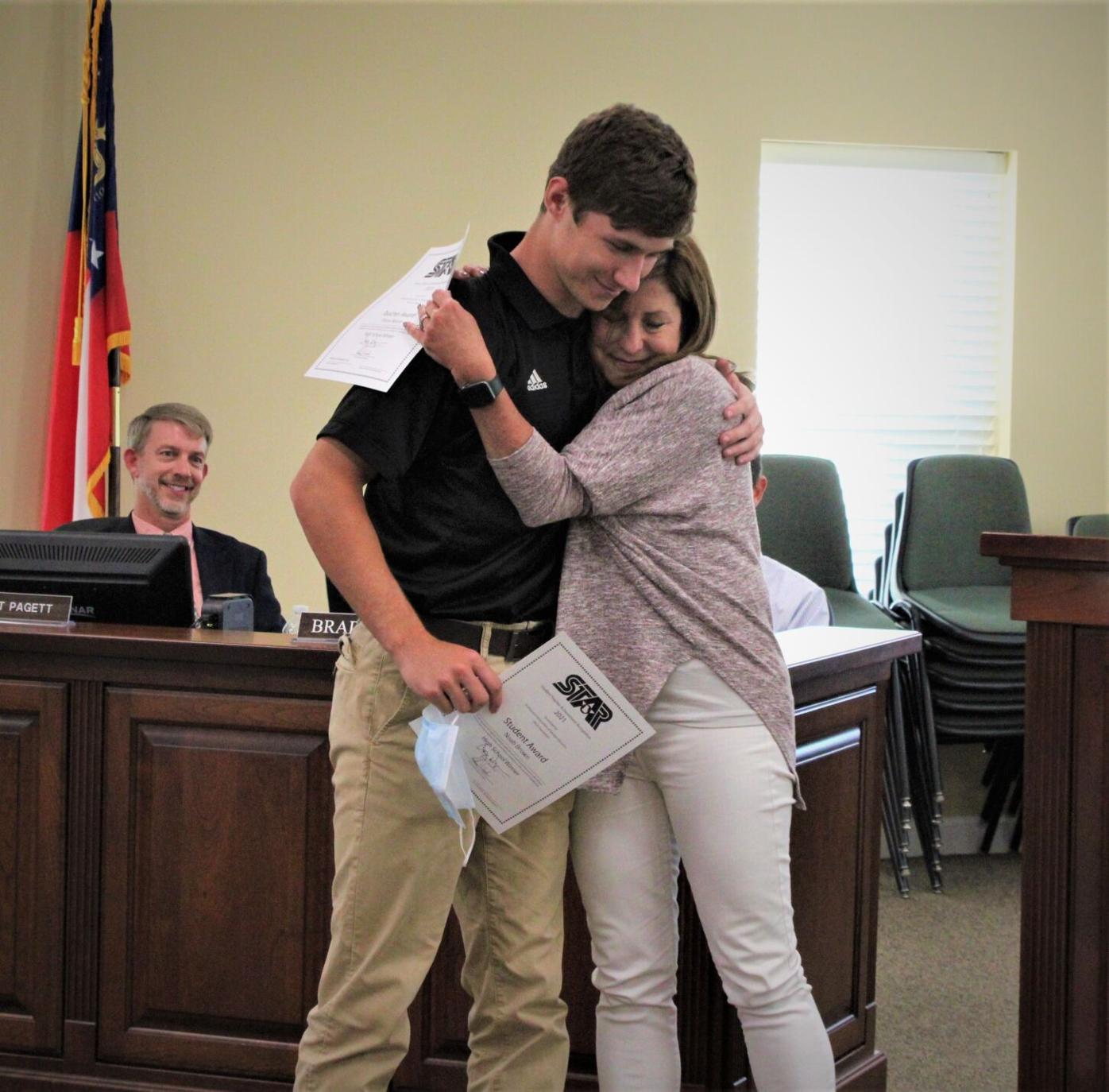 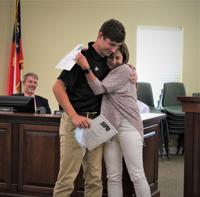 Noah Brown, this year’s STAR Student, chose Penny Moore as this year’s STAR Teacher. Brown is one of the salutatorians in the Class of 2021 and Moore has taught at Morgan County for 16 years. 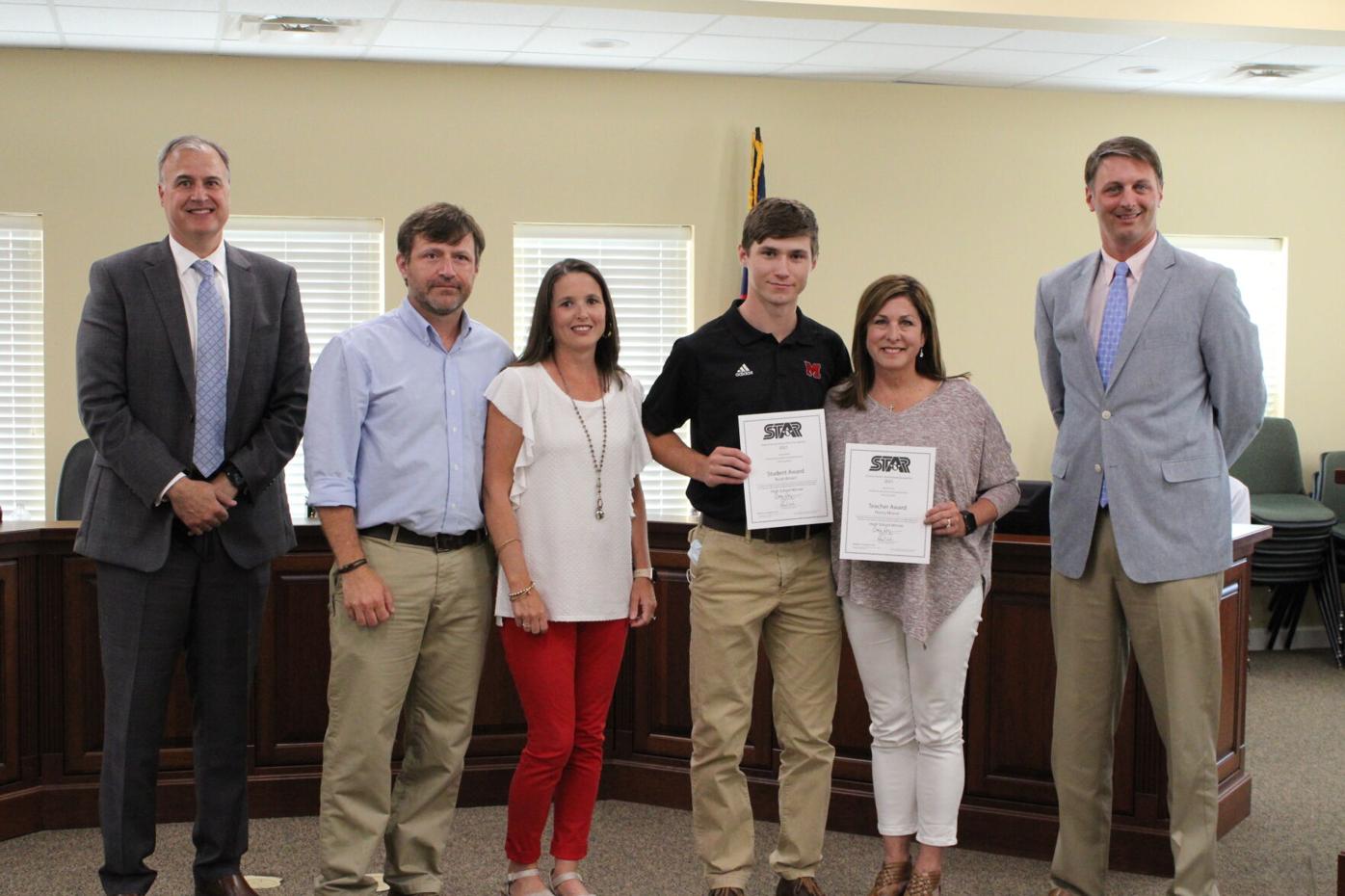 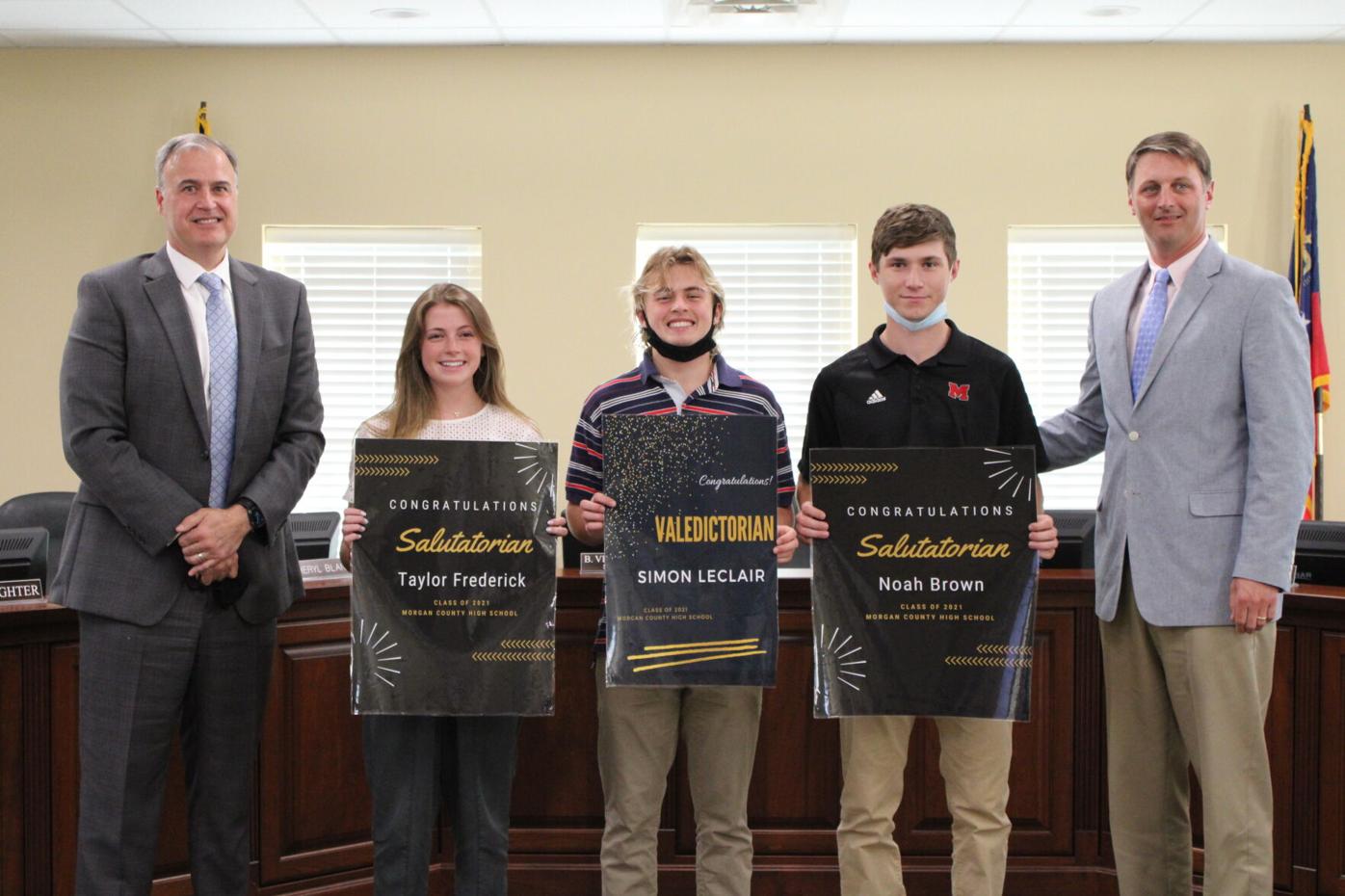 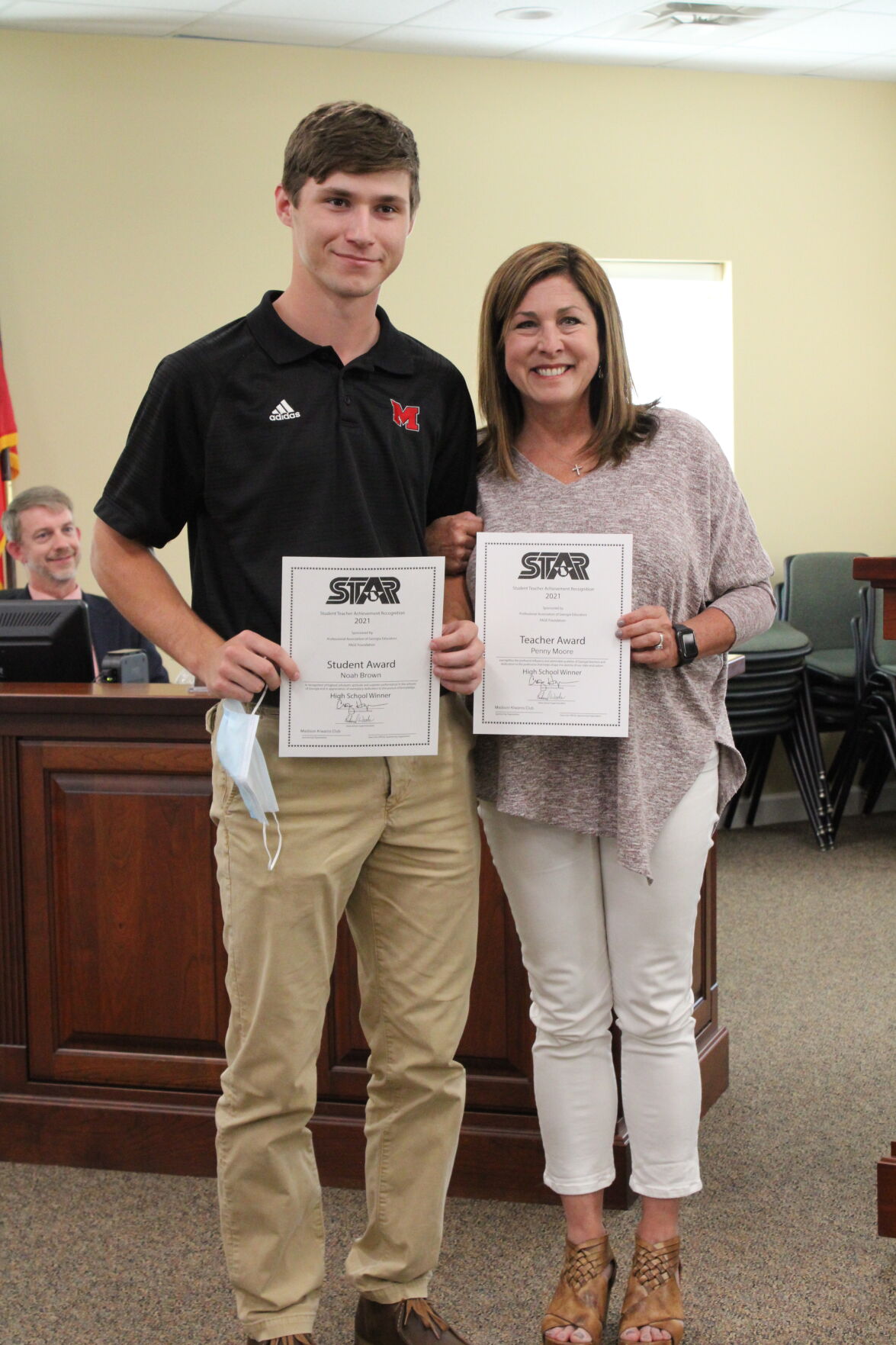 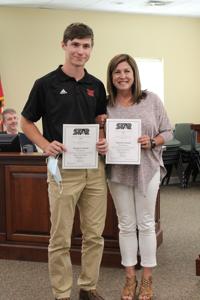 Noah Brown, this year’s STAR Student, chose Penny Moore as this year’s STAR Teacher. Brown is one of the salutatorians in the Class of 2021 and Moore has taught at Morgan County for 16 years.

Proud tears were shed Monday night as Morgan County High School (MCHS) Senior Noah Brown was announced as this year’s STAR Student. In turn, Brown surprised his favorite teacher, Penny Moore, with the news that she would be this year’s STAR Teacher.

Moore and Brown embraced, as family, friends and school officials celebrated during the monthly Morgan County Board of Education on Monday, Apr. 12.

Brown, who earned a spot as one of the salutatorians for the Class of 2021, chose Moore, who taught him in both middle school and high school, because of her positive influence throughout his academic career.

“Noah represents the very best of our school system, and we are very proud of his achievement while also being an outstanding and well-rounded young man,” said Dr. Virgil Cole, superintendent of Morgan County Schools.

Brown is planning to attend Georgia Tech and wants to study computer science. At MCHS, he took AP and Dual Enrollment courses and participated in Work Based Learning. He also played football and golf.

“He is a wonderful young man who has contributed to the school in many ways both in and out of the classroom,” said MCHS Principal Dr. Miki Edwards. “Maintaining balance and academic achievement can be difficult, but Noah has done it very well. We are excited to see what his future holds as he goes on to Georgia Tech.”

“The STAR student is asked to select a teacher who has made a significant contribution to the student’s scholastic development,” explained MCHS Principal Miki Edwards.

Brown did not hesitate to name Moore as this year’s STAR Teacher for her uncompromising dedication to educating students with love and care. Moore, who was moved to tears, graciously accepted, embracing Brown and his parents. Moore is no stranger to accolades from her students. She was also chosen to be Morgan County Middle School’s Teacher of the Year in 2014. Moore is in her 16th year of teaching in the Morgan County Charter School System. She spent 13 years teaching at the middle school, and the last four years teaching Literature at the Freshman Academy.

“Penny Moore is a dynamic teacher who works to engage her students and build relationships,” said Dr. Edwards. “She has very high expectations for her students and herself. She taught Noah in middle school and then was his 9th grade English teacher at MCHS. She made a big impact on him and being named STAR teacher is a great honor.”

Edwards was pleased to celebrate the occasion with the school board.

“It’s a big deal to be able to bring them here together tonight,” said Dr. Edwards as she announced Brown’s STAR Student status.

The School Board also celebrated the valedictorian, Simon LeClair, and the other salutatorian, Taylor Frederick, who were both in attendance during the special recognition.

LeClair plans to attend Georgia Tech and study chemical engineering. At MCHS, LeClair excelled in the IB Program, served on the student council, and was a member of the swim team, band, and soccer team.

Chairman Andrew Ainslie III praised Brown, LeClair, and Frederick and wished them well for the future.

“Thank you for all your hard work over the last four years at Morgan County High School,” said Ainslie. “Go do great things and don’t forget about us in the future.”