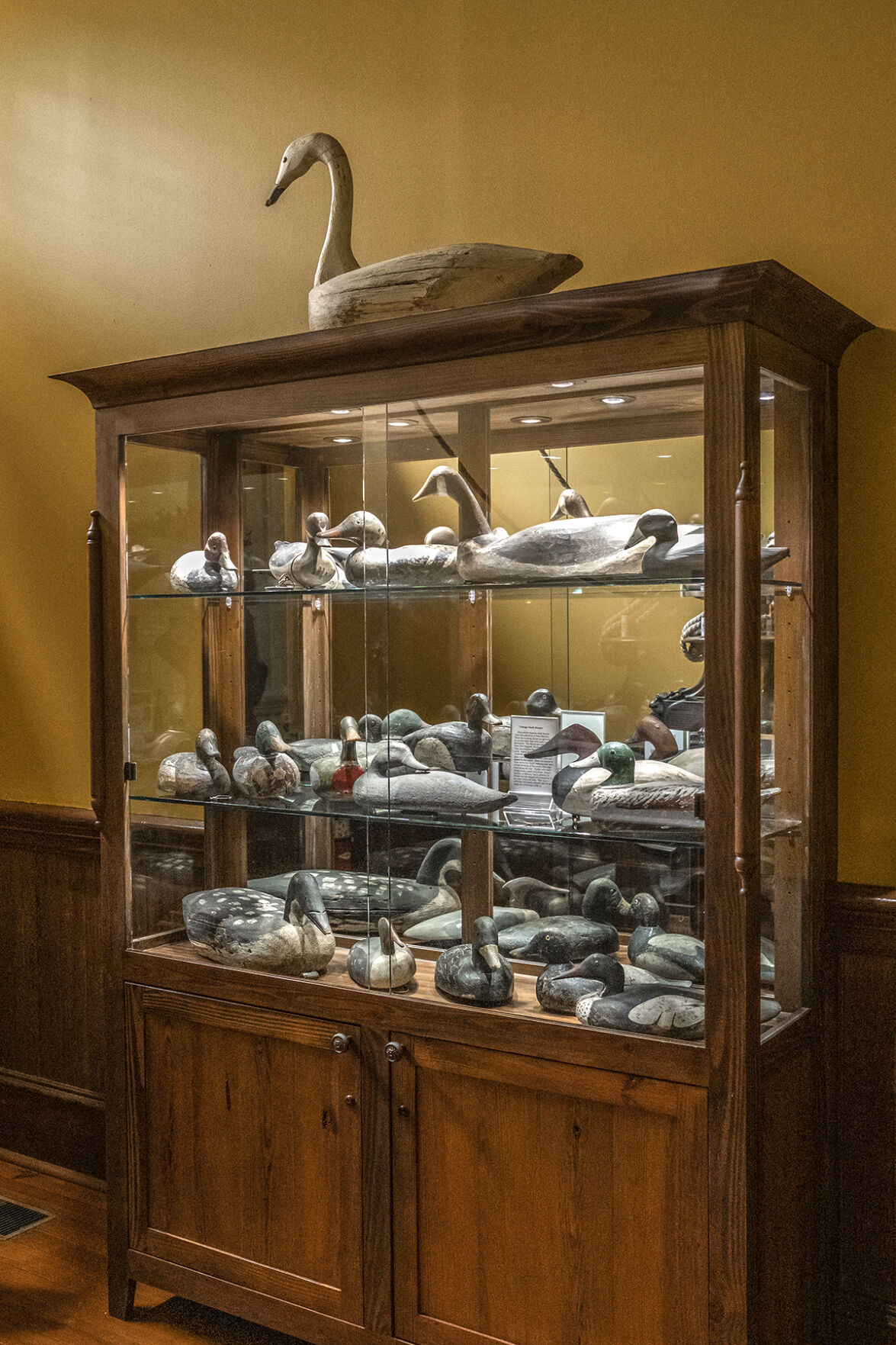 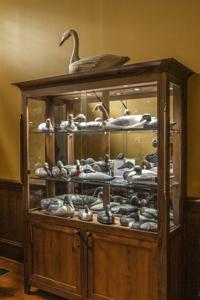 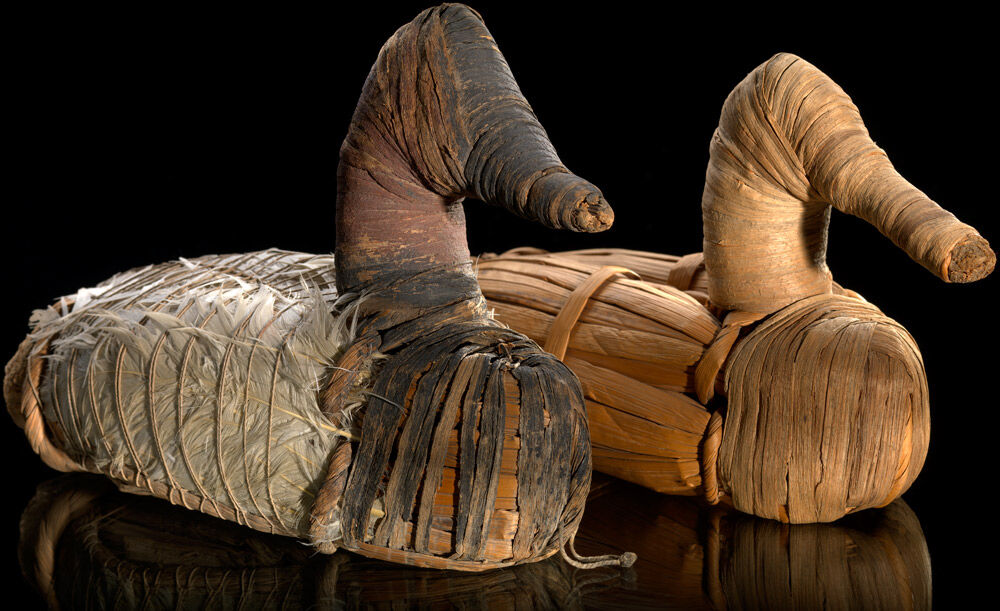 Using duck decoys is as old as time. In 1911 two miners, David Pugh and James Hart, were hired to mine for bat guano to be used as fertilizer. They were sent to a cave near the town of Lovelock, Nevada. The venture ultimately uncovered much more.

Inside the cave, they found a cache of duck decoys buried under debris — eight painted and feathered decoys and three unfinished decoys. The remarkable decoys were made from bundled tule – a long grass-like herb, covered in feathers and painted.

At first it was thought the decoys could be as old as 500 years but with today’s technology, the decoys have been dated at 2,250 years old, or c. 300 BC., all made by indigenous natives of North America. Those decoys were used to lure birds close enough to be shot with a bow and arrow.

Americans have always been collectors. From the earliest days, collections of bugs, butterflies, seashells and other found objects have attracted the collector. However, it was not until 1918 that collecting utilitarian working wooden decoys became popular.

Joel Barber, the first-known decoy collector in America, started in 1918. Since then, decoys have become increasingly viewed as an important form of North American folk art.

Barber’s book, “Wild Fowl Decoys,” was the first book on decoys as collectible objects. It was followed in 1965 by folk art dealer Adele Earnest’s “The Art of the Decoy” and “American Bird Decoys” by collector William F. Mackey. In addition, a publication of Decoy Collectors Guide, a small magazine, was created by hobbyists and provided a forum for collectors to share their research.

Since the 1960s numerous collector organizations, specialist books and magazines, specialist dealers, and special interest shows around the US have been created. By the 1970s, decoys were becoming big business. The death of Wm. F. Mackey brought his decoys to market in a series of auctions in 1973 and 1974, with the star of his collection, a long-billed curlew carved by Wm. ‘Bill’ Bowman sold for $10,500.

The major auction house for duck decoys was Guyette & Deeter, along with Christie’s New York. The highest price ever paid for one decoy was a red-breasted merganser hen by Lothrop Holmes that sold for $856,000 in 2007.

The swan decoy had a different purpose. It was used to keep Canada Geese away from any pond that had fish. Geese cause several issues for ponds primarily by grazing and creating excess waste, leading to poor water conditions for the fish. Other pests and predators, like the blue heron, will also prey on pond fish, leading to fish loss. Due to the territorial nature of the swan, geese and herons will often avoid locations where they find a swan is present, helping to keep the pond clean, safe, and healthy.

The decoys exhibited in the Madison-Morgan Cultural Center are part of a collection owned by Gene Massey. His mother Jo Massey created an interest in Gene and his brother Dale to also collect. The decoys they collected were working decoys as opposed to birds that were carved for decorative purposes.

The decoys in the Massey collection are primarily from New England, Maine, and Maryland. They are weighted for stabilization in the water. One large decoy on the top shelf in the exhibit is weighted with a horse shoe. Some have glass eyes which are desirable, a few are signed by the maker. Gene was drawn to the decoys by shape, coloring and wear. He also enjoyed the historical value, thinking about the people who owned the decoys long ago. The decoys in the exhibit were used along creeks, ponds and rivers.

The Collector’s Cabinet at the Madison Morgan Cultural Center was created to highlight collections of members as well as non-members. The collections are displayed just inside the front door of the Cultural Center for the enjoyment and education of guests. If you have a collection you would like to share, or know someone who does, call the museum at 706-342-4743.