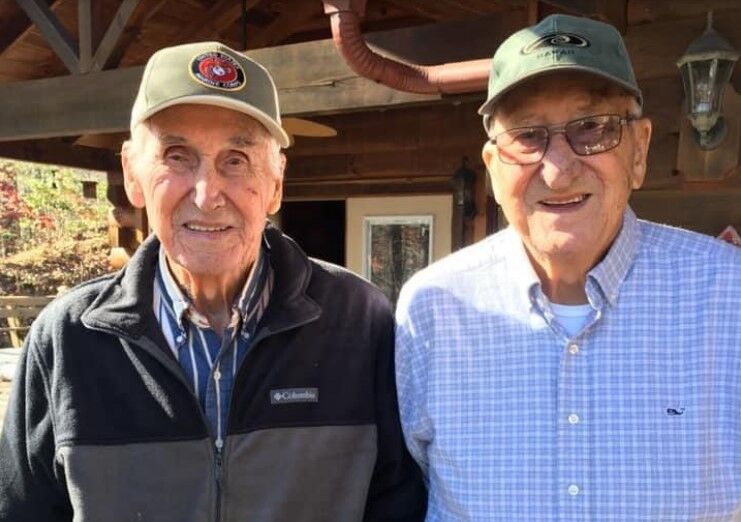 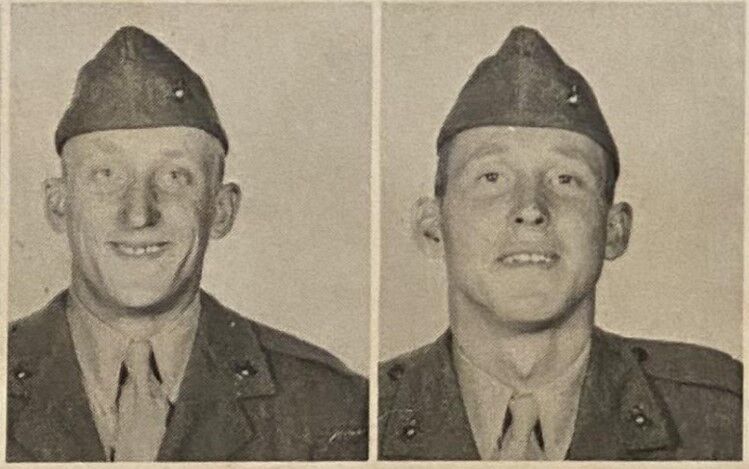 Billy, left, and Bobby Crisp, right, served in the 2nd Marine Division during the Korean War. 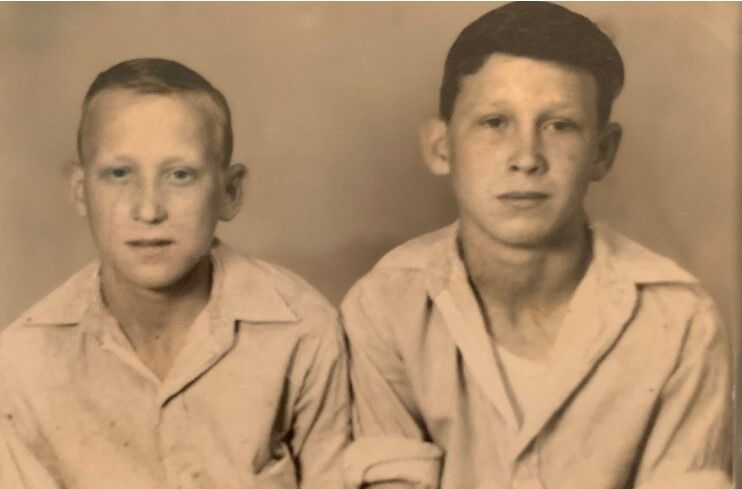 Born and raised in North Carolina, Billy (left) and Bobby Crisp moved to Atlanta following their time in the service. Bobby moved to Buckhead in 1961 with his wife Huberta.

Billy, left, and Bobby Crisp, right, served in the 2nd Marine Division during the Korean War.

Born and raised in North Carolina, Billy (left) and Bobby Crisp moved to Atlanta following their time in the service. Bobby moved to Buckhead in 1961 with his wife Huberta.

Bobby and Billy Crisp are celebrating their 90th birthday together on Sunday, Nov. 14 at Thompkins Inn in Eatonton. The family invites everyone to drop by from 1 p.m. to 4 p.m. to wish them a happy birthday.

Bobby and Billy were drafted into the Marine Corp on Jan. 25, 1952. They did their basic training at Parris Island and were in the 2nd Marine Division. They served together most of their time in the Marines during the Korean War.

After their time in the service, they both moved to Atlanta and went to work for General Motors. Bobby married Huberta Alliston from Buckhead on June 2, 1956. Billy married Carolyn Fowler on May 1, 1959.

Billy worked at General Motors from 1955 until 1999 when he was forced to retire due to the plant moving out of state after 44 years.

Bobby and Huberta moved to Buckhead near her family and built a home on what is now Kingston Road in 1961.

Bobby has been in the construction business since moving to Buckhead. He built and remodeled many homes and businesses in the Putnam County area, including the Uncle Remus Library, the Thompkins Inn, the Haband House, Rock Eagle cabins, Bonar Hall in Madison and many more. Bobby’s son, Mike, followed in his footsteps with the construction business. Bobby still enjoys working in his shop building furniture for family and friends.

Billy and Carolyn have three daughters, Connie (Hank) Hensler of Lagrange, Sherry (Steve) Pitner of Fayetteville, Sandy (Finbar) Manning of Newnan, along with five granddaughters and one grandson.

Bobby and his late wife, Huberta, have two daughters and one son, Cindy (Dennis) Stewart of Madison, Mike (Lavan) Crisp of Eatonton, and Debbie (Patrick) Watkins of Madison, along with seven grandchildren and five great-grandchildren.