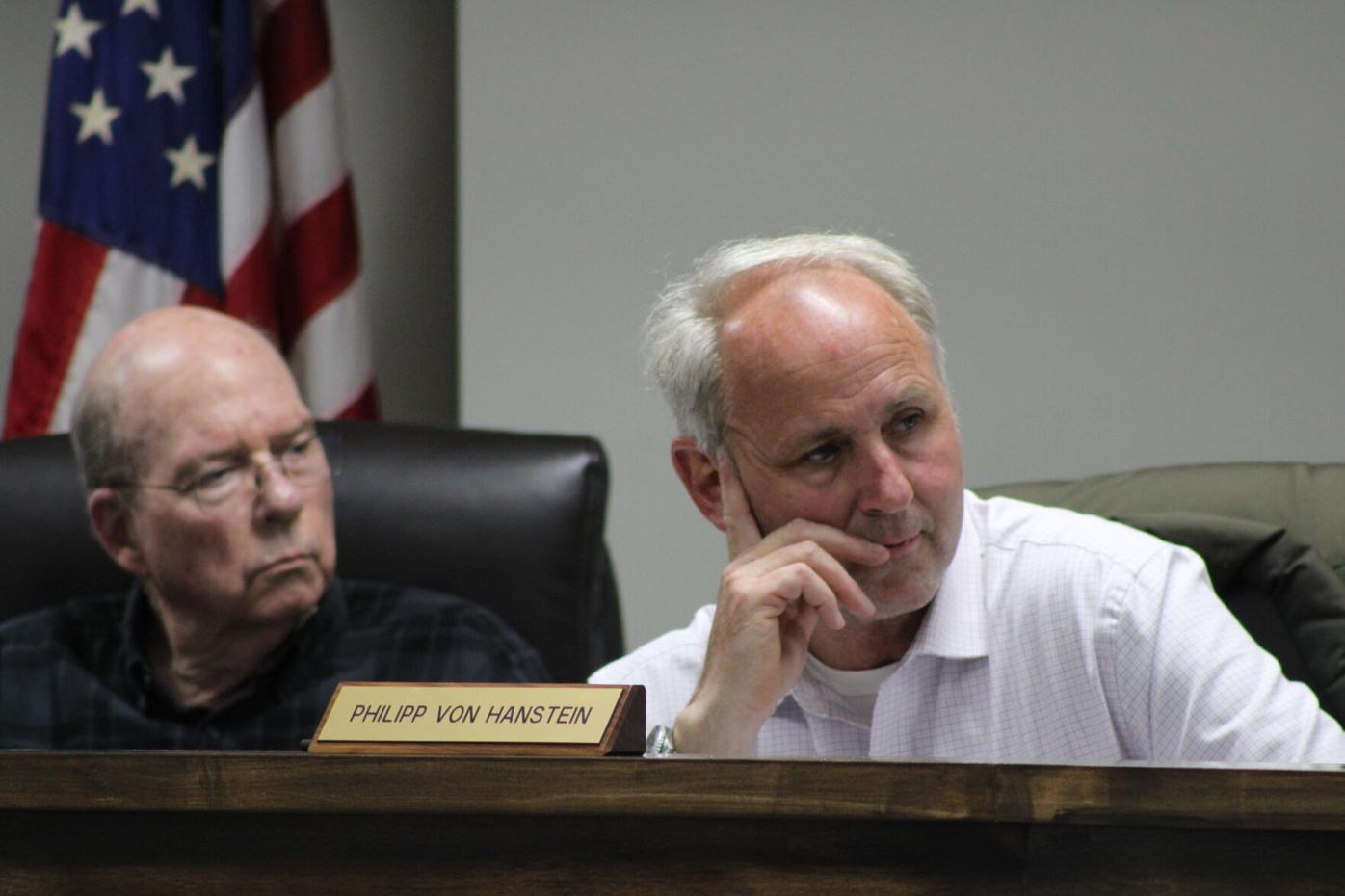 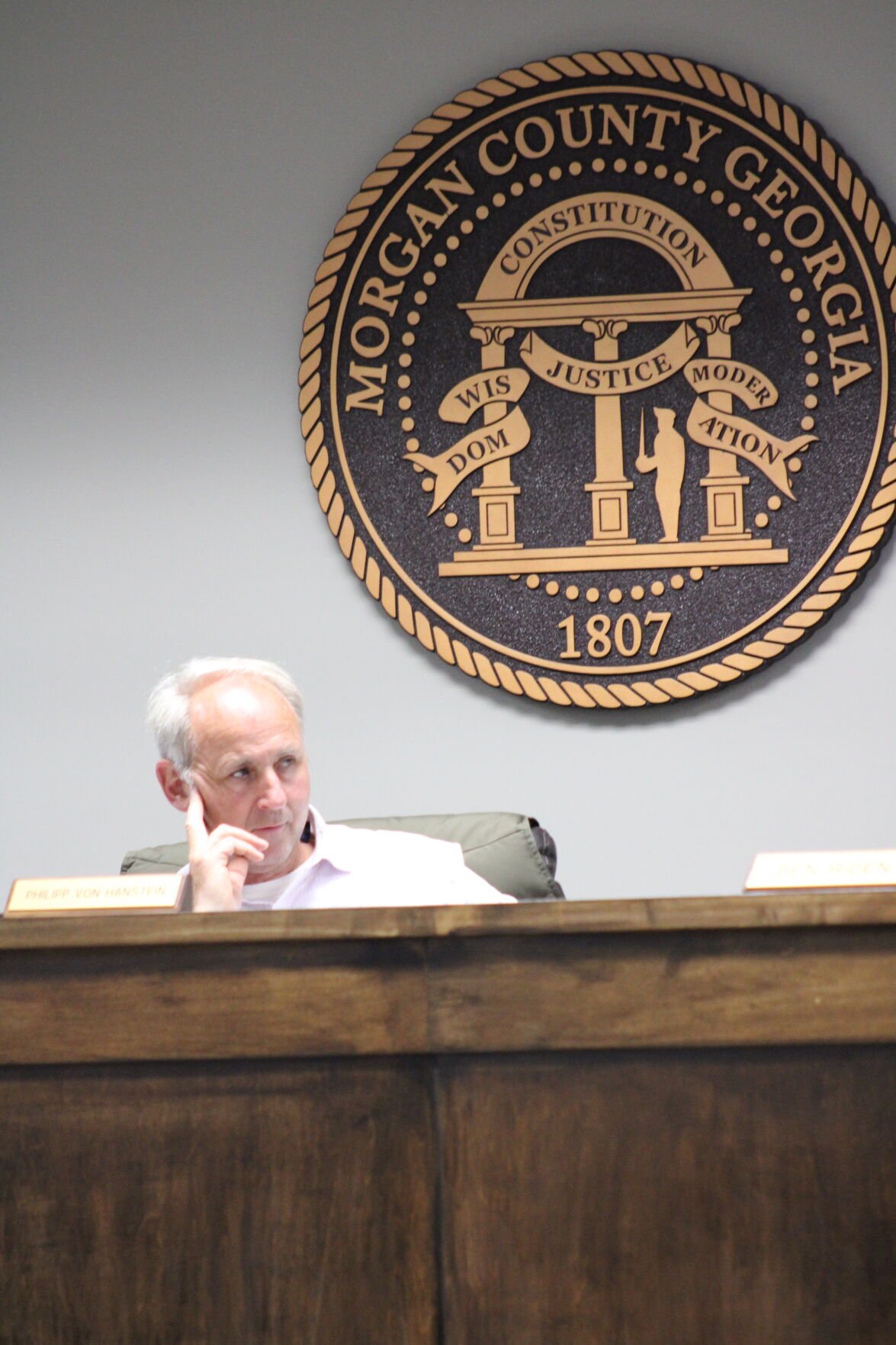 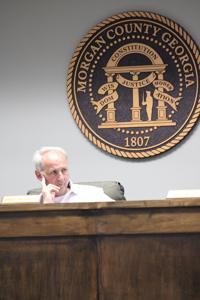 County Chairman Philipp von Hanstein listens to proposal on investing $600,000 to expediate a broadband expansion for the southend of Morgan County.

County Chairman Philipp von Hanstein listens to proposal on investing $600,000 to expediate a broadband expansion for the southend of Morgan County.

Morgan County may be ready to put its money where its mouth is on broadband, mulling over the prospect of fronting $600,000 to expand broadband access in the southern region of the county by the end of 2022 instead of waiting until 2025.

“It’s coming sooner or later, and we have the chance to make it sooner,” said County Manager Adam Mestres to the Morgan County Board of Commissioners (BOC) Tuesday morning during the monthly regular meeting.

Mestres said that if the county will invest $600,000 with Central Georgia EMC, the company will move up its timeline of bringing broadband access to 1,700 houses in Morgan County.

“If we don’t, they will still bring broadband to Morgan, but it won’t be until 2025,” explained Mestres. “Central Georgia EMC’s proposals would expedite broadband access in Morgan County for a little over 1,700 rooftops. It would be a pretty sizable project.

Central Georgia EMC’s service areas only cover the south end of the county, from Godfrey to parts of Madison.

“It would be from Godfrey and crossover I-20 into Madison, they have some Highway 441 and Highway 83. It’s the southern part of the county, but not the lake area,” said Mestres. “It’s not the entire county, but it’s a good start.”

Central Georgia EMC, Southern Rivers Energy and Conexon will invest more than $210 million to design and build a 6,890-mile fiber network that will provide both improved electric service and high-speed internet access to all 80,000 of the two utilities’ customers, 1,700 of which reside in Morgan County. If the county agrees to invest $600,000 into the project, Central Georgia EMC would begin the project in December 2021, and finish laying fiber-optic cables in the county by the end of 2022.

“Every household in that service area would be able to have high-speed broadband access,” said Mestres. “They offer excellent plans with no data caps at a very good price point for service.”

Mestres noted how imperative broadband access is for the quality of life for its citizens and potential for growth in the county.

“Our schools are still scheduling digital learning days for next year and a lot of our students cannot do it because they do not have access to broadband,” said Mestres. “They have to go home with paper packets because they cannot get online to do their school work.”

“This is feasible and certainly something we can do,” added Mestres.

Mestres also noted another company that is tasked with providing broadband to underserved communities in Georgia, including Morgan County, to bring broadband to other parts of the county down the road.

“There is another provider, Fiber Light, that’s been awarded federal grant dollars to provide broadband to underserved areas...They have been assigned to bring broadband to the west end of the county, including Rutledge, but their timeline to do so is in 2025.

This project, along with other EMC-broadband deals underway in Georgia, has been made possible due to legislation passed two years ago by the Georgia General Assembly empowering electric membership cooperatives (EMCs) to dive into the broadband business.

The BOC will publicly discuss the proposal at a future regular meeting, most likely at the June meeting slated for Tuesday, June 1, at 10 a.m. in the upstairs conference room of the county administration building located at 150 East Washington Street in Madison.