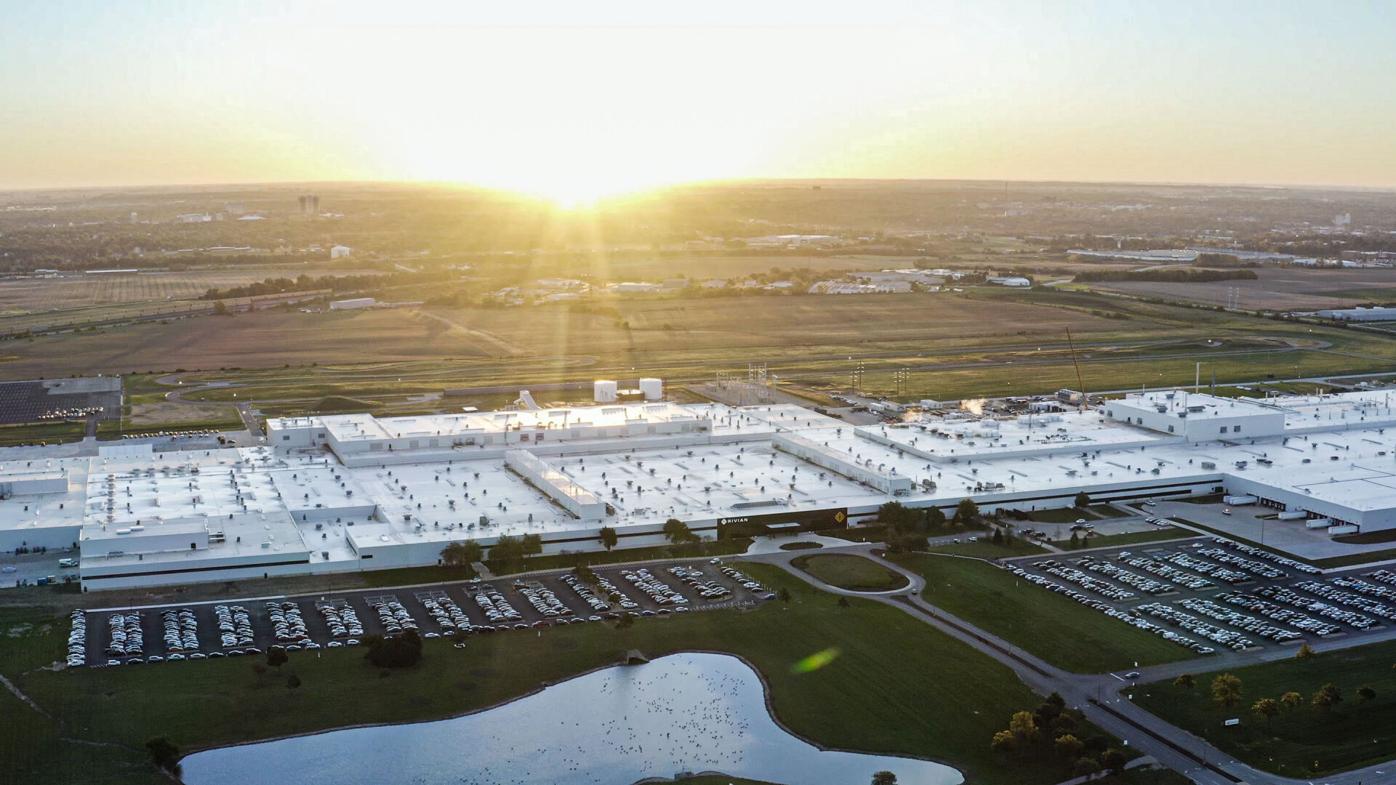 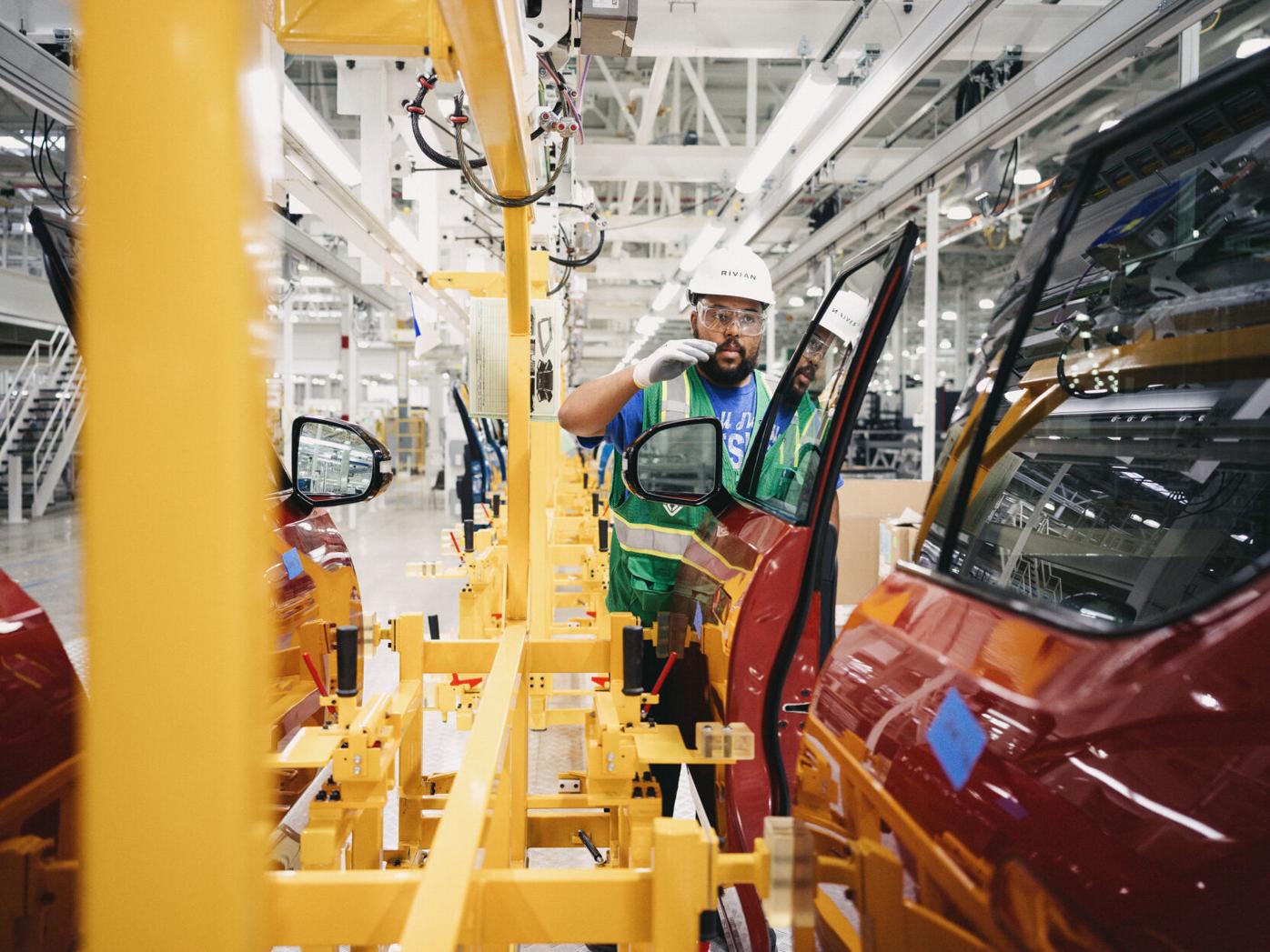 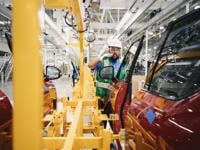 Rivian focuses on the production of electric trucks and SUVs.

Rivian focuses on the production of electric trucks and SUVs.

Could Rutledge be the site for Stanton Springs’ next massive expansion? The “Small, But Special” community may soon have a multibillion dollar electric car plant on its doorstep.

Rivian Automotive, a new electric car manufacturer worth $100 billion, is rumored to be bringing its second manufacturing plant to Georgia, possibly building in Morgan County under the auspices of the Joint Development Authority (JDA), the four-county board tasked with overseeing the development of Stanton Springs Industrial Park.

Shane Short, lead developer for the JDA said it was too early to comment. “We may or may not announce a project,” he said. “There is no final deal at the moment.”

Georgia Gov. Brian Kemp is expected to announce the specific site of the Rivian Automotive development this week, according to people familiar with the potential deal.

In the meantime, Rutledge residents are abuzz about the suspected Stanton Springs expansion inching toward the “Small, But Special” community as several Rutledge property owners are allegedly selling off large chunks of land off of I-20, acreage Rivian Automotive is reportedly eyeing for development.

“It’s the worst kept secret in Rutledge,” said Mayor Bruce Altznauer, who has been fielding calls from concerned Rutledge residents and is set to meet with JDA members Andy Ainslie and Bob Hughes to discuss the new development at a special executive session during a Rutledge City Council meeting on Tuesday, Nov. 16.

Alan Verner, former chairman of the JDA and former owner of Verner Family Farms, said he could not confirm or deny whether or not he is selling off land.

“I cannot comment. I am under an NDA,” said Verner. An NDA is a non-disclosure agreement.

Alan Verner’s portion of the Rutledge farmland is just under 200 acres. Verner said he was unaware whether or not his four other siblings had opted to sell their portion of the family farmland, which cumulatively amounts to more than 700 acres. The land lies between Interstate I-20, Davis Academy Road, Sewell Church Road, and Old Mill Road in Morgan County.

Other nearby property owners allege they have received notice directly from the JDA regarding an intent to purchase their properties, but would not go on the record regarding the matter.

“I don’t think the Verner Family Farmland will be the site of development from what I have heard, but it may be connected to the project,” said Altznauer. “But you know, when I speak to Morgan County officials about it, they only smile but cannot confirm or deny any of it just yet.”

But Rivian’s hush-hush project couldn’t remain a secret for long, with various sources coming forward to outlets like the Atlanta Journal Constitution (AJC), Automotive News, and the Walton Tribune, spilling details of the “final-stage” mega-deal.

On Monday, Nov. 15, The AJC reported that the area of “Morgan, Walton, and Newton” counties is poised to become the epicenter of the burgeoning electric car industry, with the possibility of creating thousands of jobs and revolutionizing Georgia’s automotive manufacturing economy.”

“The Rivian project likely would be one of the biggest economic development deals in Georgia in a decade, with the potential to bring thousands of jobs while cementing the state as a powerhouse in the electric vehicle industry. The state of Georgia has aggressively recruited Rivian for months in an effort to grow its automotive sector,” reported the AJC.

“The Rivian factory is slated for property in the area of Morgan, Newton and Walton counties, people familiar with the discussions told the AJC. The precise location was not disclosed, nor was the size of the investment...The site reportedly chosen by Rivian may be located close to the Stanton Springs industrial park near Social Circle, which is already booming with development. Facebook is building a data center there and South Korean company SK Group plans to build a plant there to make glass parts for computer chips.”

Stanton Springs Industrial Park is currently the home of Takeda, a $1.2 billion biopharmaceutical company, a $14 million Bioscience Training Center and a new Facebook data center, the first phase of which is estimated to cost $750 million. Later phases could cost up to $42 billion over the next two decades. Another development is on the horizon, after the JDA sold the last of the developable land to “Baymare,” which is widely believed to be a pseudonym for Facebook. Baymare has also secured bonds through the JDA for up to $42 billion over the next two decades to develop the burgeoning industry.

According to Automotive News, Rivian, based out of California, is committing up to $5 billion to invest in a second plant. The electric car start-up company built its first plant in Illinois.

“Rivian is expected to purchase a plot of land that is between 2,000 and 10,000 acres, according to plans for the plant, code-named Project Terra, that became public this year,” Automotive News reported Monday.

Rivian also landed a deal with Amazon to produce a substantial fleet of electric delivery vehicles in the next three years.

“The startup company aims to compete with Tesla, the world’s largest EV maker, and legacy automakers like Ford and General Motors which are converting product lines to electric from gas. Rivian has a deal to produce 100,000 delivery vehicles for Amazon by 2025. Unlike Tesla, which mostly sells sedans, Rivian is focusing on trucks and SUVs, which are more profitable for automakers,” reported the AJC.

According to AJC, Rivian would be the newest company in the electric car industry to set up shop in Georgia, which has become increasingly appealing for manufacturers in recent years.

“Rivian would be the latest company in the electric vehicle or EV sector to locate in Georgia. SK Battery America is building a $2.6 billion EV battery plant near Commerce. Gov. Brian Kemp this year formed a task force of private and public sector leaders to study ways to expand the industry.”

Despite a large development looming at its borders, Altznauer said he intends to do everything within his power as Rutledge’s mayor to protect the city’s small town feel.

“I wish I had a crystal ball to look into and see the future, but it would be silly to think this development won’t impact Rutledge,” said Altznauer. “But the reason I moved here was precisely because this is a small community. Everybody watches out for everybody. I don’t want to lose that. We have a good thing going on here and I want to keep it that way.”

Gov. Kemp hints at historic deal with Rivian Automotive, rumored to be headed to Morgan County