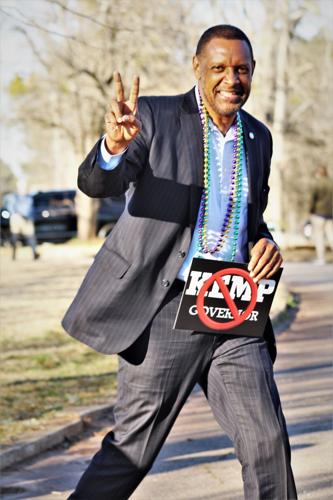 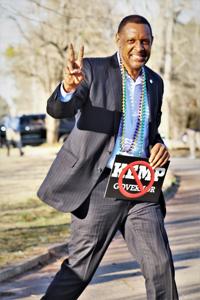 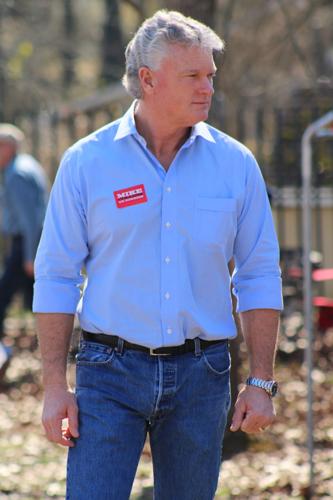 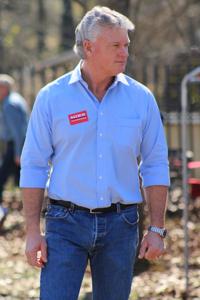 District 10 Republican Congressional candidate Vernon Jones, 61, on Tuesday June 14 filed a harassment complaint with the Morgan County Sheriff’s Office after his competitor, Republican Mike Collins, released a tweet with the image of a rape whistle on one screen and a partially pink painted handgun in a second screen. The words “Although some use a rape whistle for protection against sexual assault, a 9mm is the more preferred form of protection.”

Jones lists his personal residence as Highland Avenue, in the Beacon Heights neighborhood in Madison.

According to Capt. Brandon Sellers, Morgan County Sheriff’s Office, the tweet did not rise to the level of criminality. The tweet, Sellers said, had “nothing that would meet the requirements of prosecution.”

“He’s encouraging violence against me, my family, my supporters,” Jones said in a Fox5 Atlanta interview. “These are the same false attacks that liberals used against President Trump, Justice Kavanaugh, and Justice Clarence Thomas.”

Collins, according to the FOX piece, rejected Jones’ complaint, allegedly stating that Jones was trying to deflect from “his shady corrupt past.”

The tweet allegedly is using a 2005 rape allegation against Jones who, as a Democrat, was the DeKalb County CEO at the time. The Georgia Bureau of Investigation (GBI) investigated the allegation but the case was never prosecuted and Jones was never charged.

As of press time, Jones and Collins are currently in the Republican Primary runoff for the 10th Congressional seat. Collins received about 26 percent of the primary vote to Jones 22 percent during the May 24 primary. Jones has been endorsed by former President Donald Trump.

If you need to purchase a subscription.