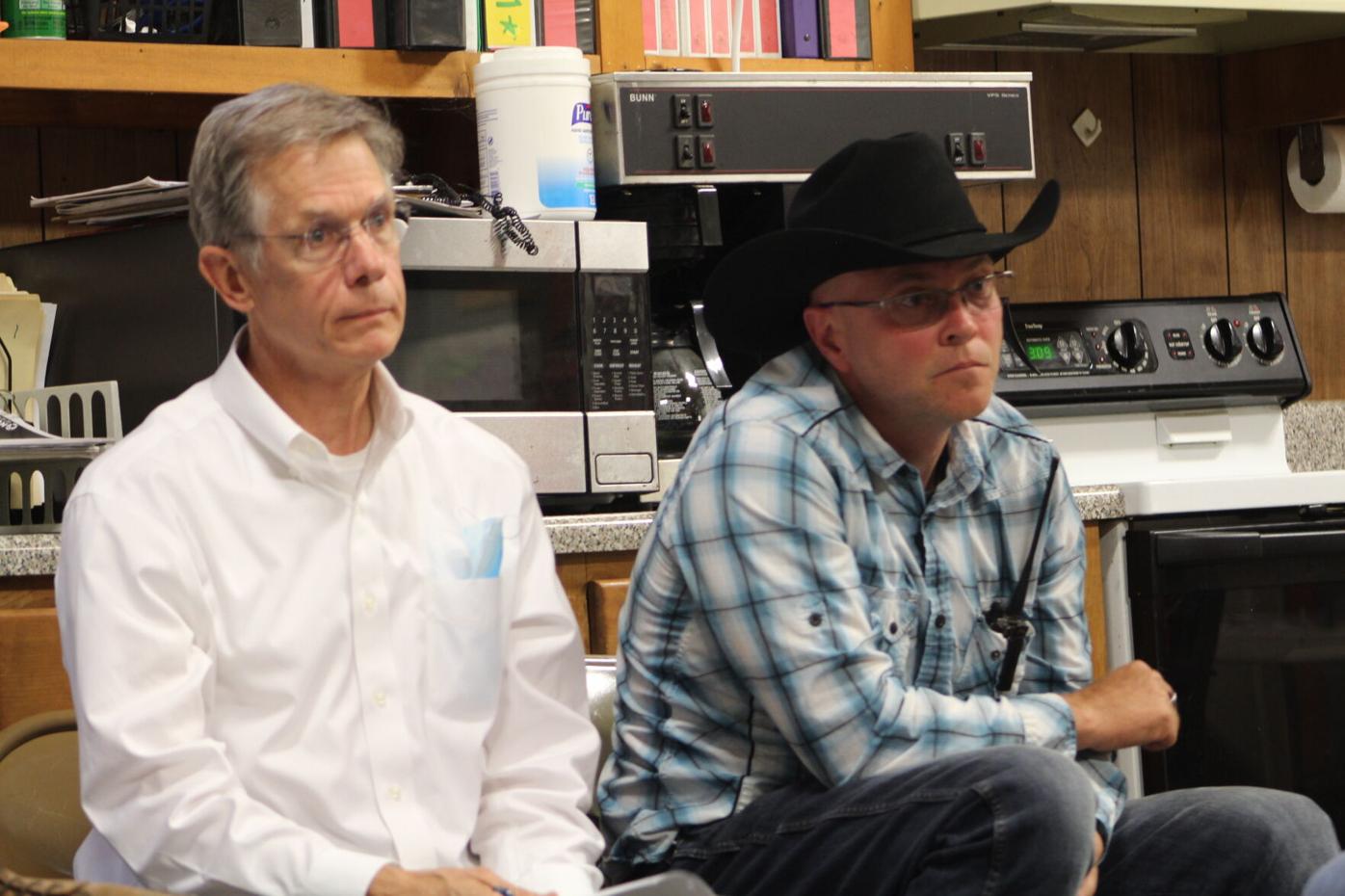 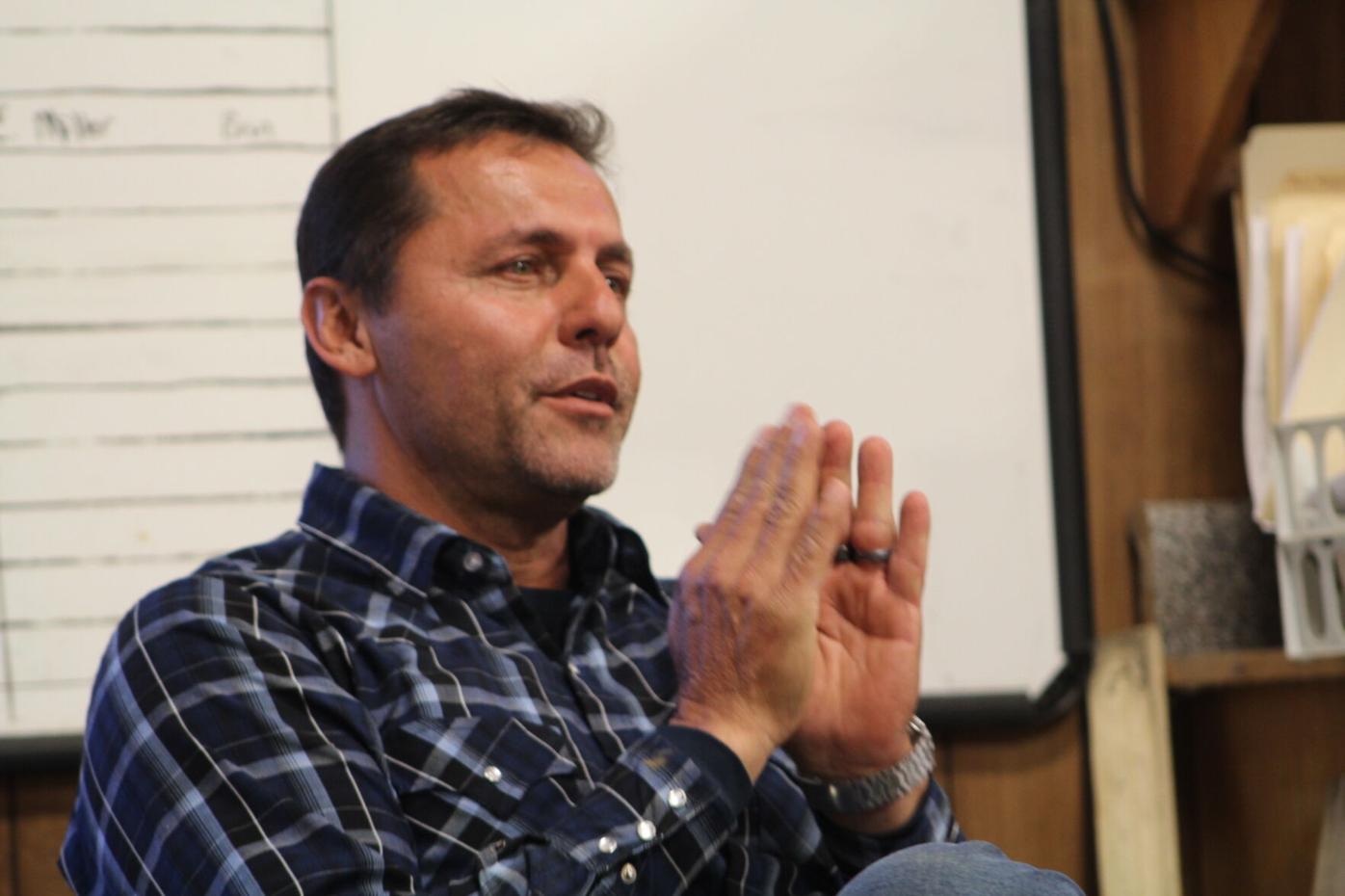 Callidora Ranch founder Raul Rivera speaks to the Buckhead Town Council Monday night during a work session. Rivera is trying to have 278 acres annexed into the town to facilitate a working beef ranch and agri-business venture.

Callidora Ranch founder Raul Rivera speaks to the Buckhead Town Council Monday night during a work session. Rivera is trying to have 278 acres annexed into the town to facilitate a working beef ranch and agri-business venture.

Plans for a 278 acre agri-business within the Town of Buckhead town limits began to take shape at a Monday Buckhead Council work session.

Raul Rivera, flanked by his attorney Dick Schmidt and General Manager David Hodge, introduced a long list of both permitted uses and conditional uses that he hopes the town will adopt when it completes an update of its zoning ordinances.

Rivera is the founder of Callidora Ranch, a dude ranch and trail destination that is also a working cattle farm. The ranch runs from the northside of Buckhead’s Town Hall and volunteer fire department north past the town limits. Rivera said he came to Buckhead nine years ago and purchased 70 acres and that his landholding in the town and on its edge has now reached more than 200 acres.

Callidora Ranch, he said at the work session, hopes to “build a beef brand.”

“That’s our goal,” said Rivera, “to sell it in a supermarket.”

The ranch, if they can get assurance on permitted zoning uses, will then ask the town to annex the entire 278 acres in order to facilitate the agri-business. The list of permitted uses requested include a farmer’s market, ranch and farm tours, private special events, horse shows and rodeos, free fishing and hunting, dog trails and zip lines. Conditional uses include meat processing, a winery with a tasting room and public special events.

The list and the notion of the operation met with favorable response from members of the town council. “There’s nothing on there that I can’t live with,” said Council Member John White.

Schmidt told the council that the majority of activities requested are acceptable uses in the county’s “agricultural” zoning designation. “Most of these are low impact activities that you would never know it is going on,” he said.

Rivera said the ranch would be a “micro” agricultural operation where no more than 15 cows a day would be butchered in a facility that, he said, would contain waste and offal underground before being shipped from the ranch. He said currently the ranch employs nine people and would, except for seasonal workers, employ 15 to 20 workers.

The micro concept, Rivera said, creates a sustainable model for farming. “This helps the farmer be productive and exist. It’s a win for farmers, in my opinion,” Rivera said.

The town requested an overview of both the acreage and the specific plans for the concept.

“We need to know what the vision is and what the scope is going to be,” said Jarrell who also serves as the Buckhead Volunteer Fire Department chief.