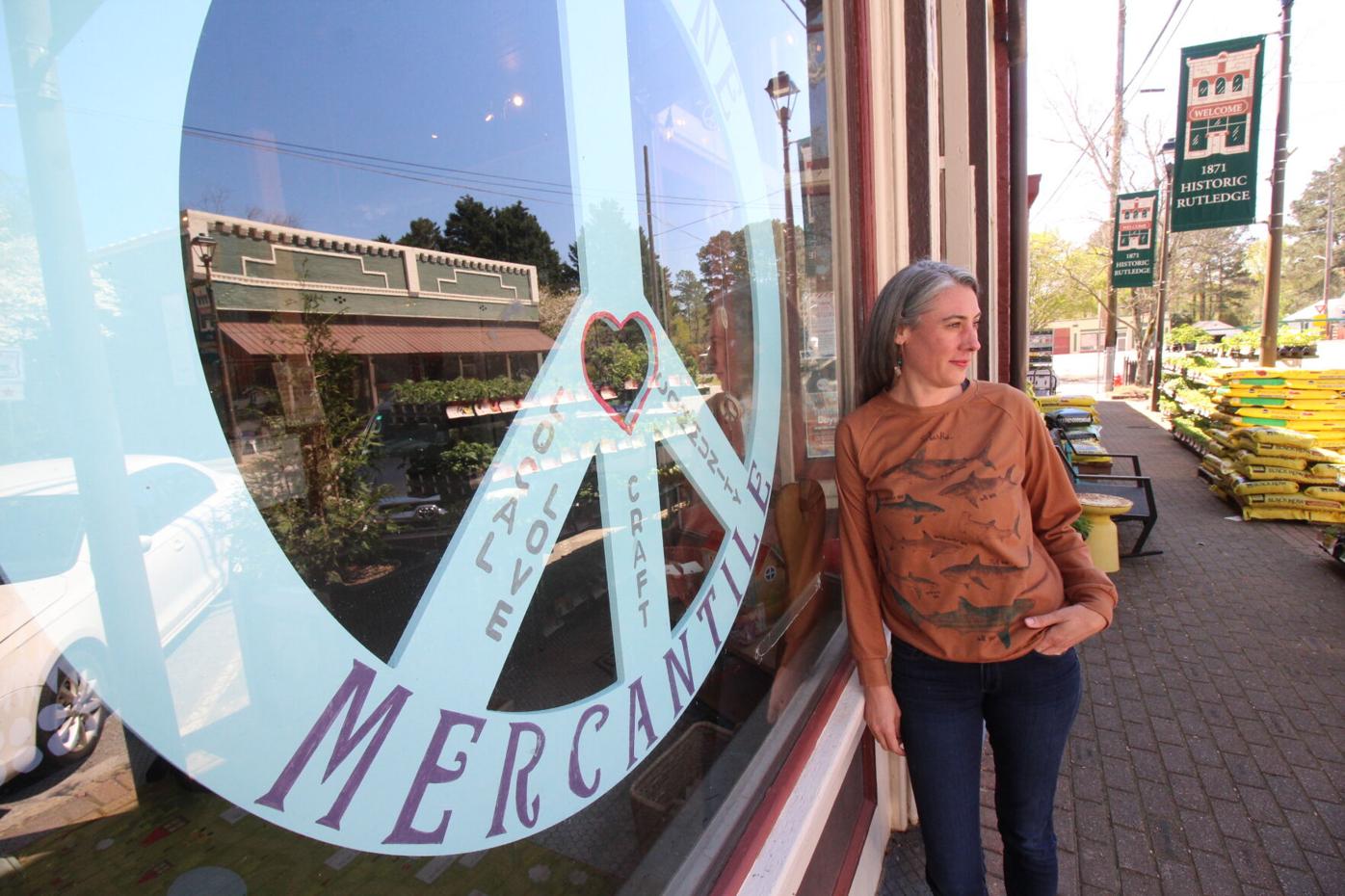 Shannon Smith-Sengstack hopes to open a new creative space for the community, the SoulShine Mercantile, in downtown Rutledge in June. 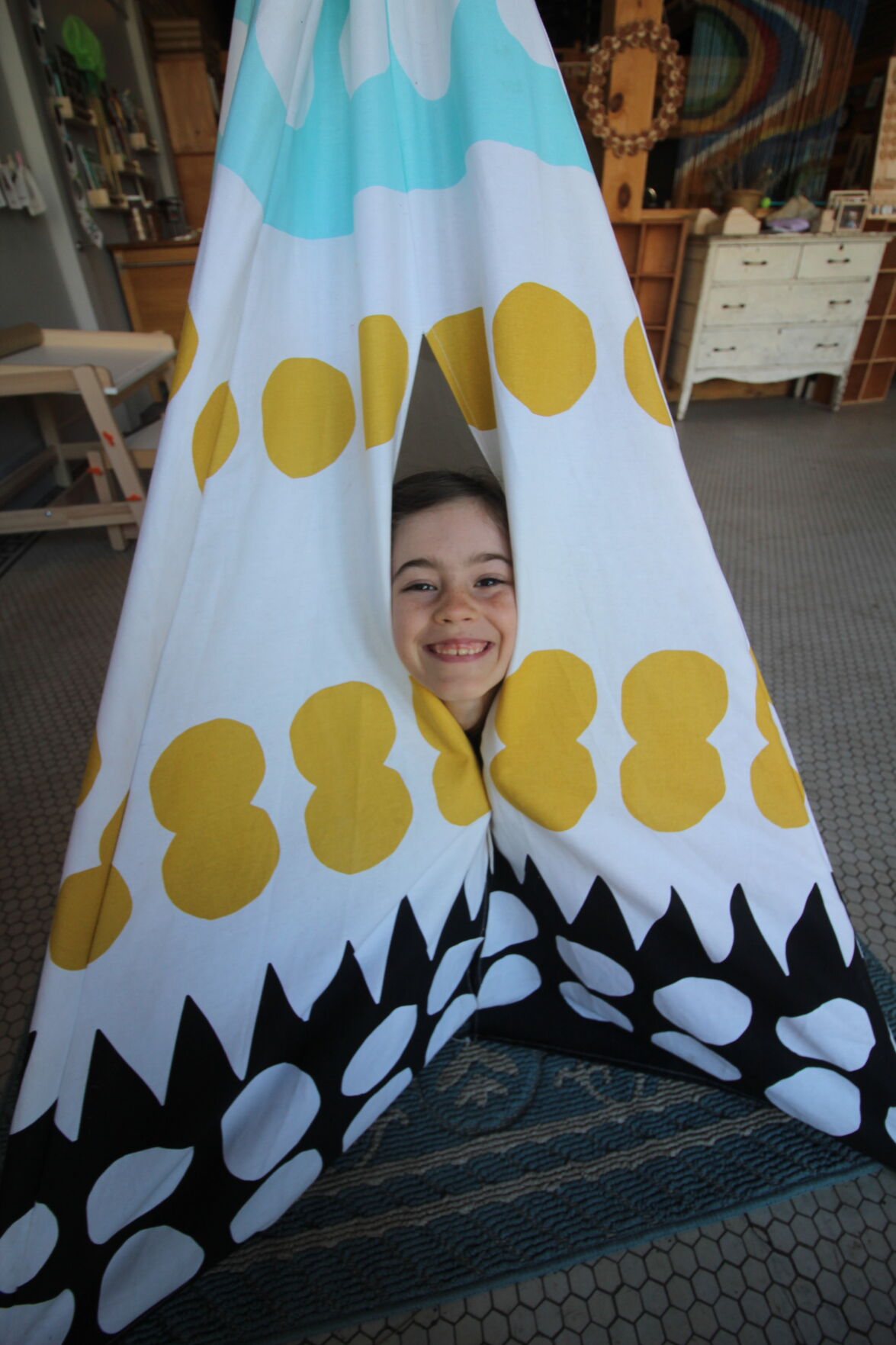 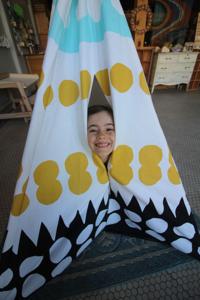 Clementine Sengstack, 8, peers out of a child-sized teepee inside the SoulShine Mercantile store in Rutledge. Clementine is the daughter of store owners Shannon Smith-Sengstack and Bremen Sengstack. 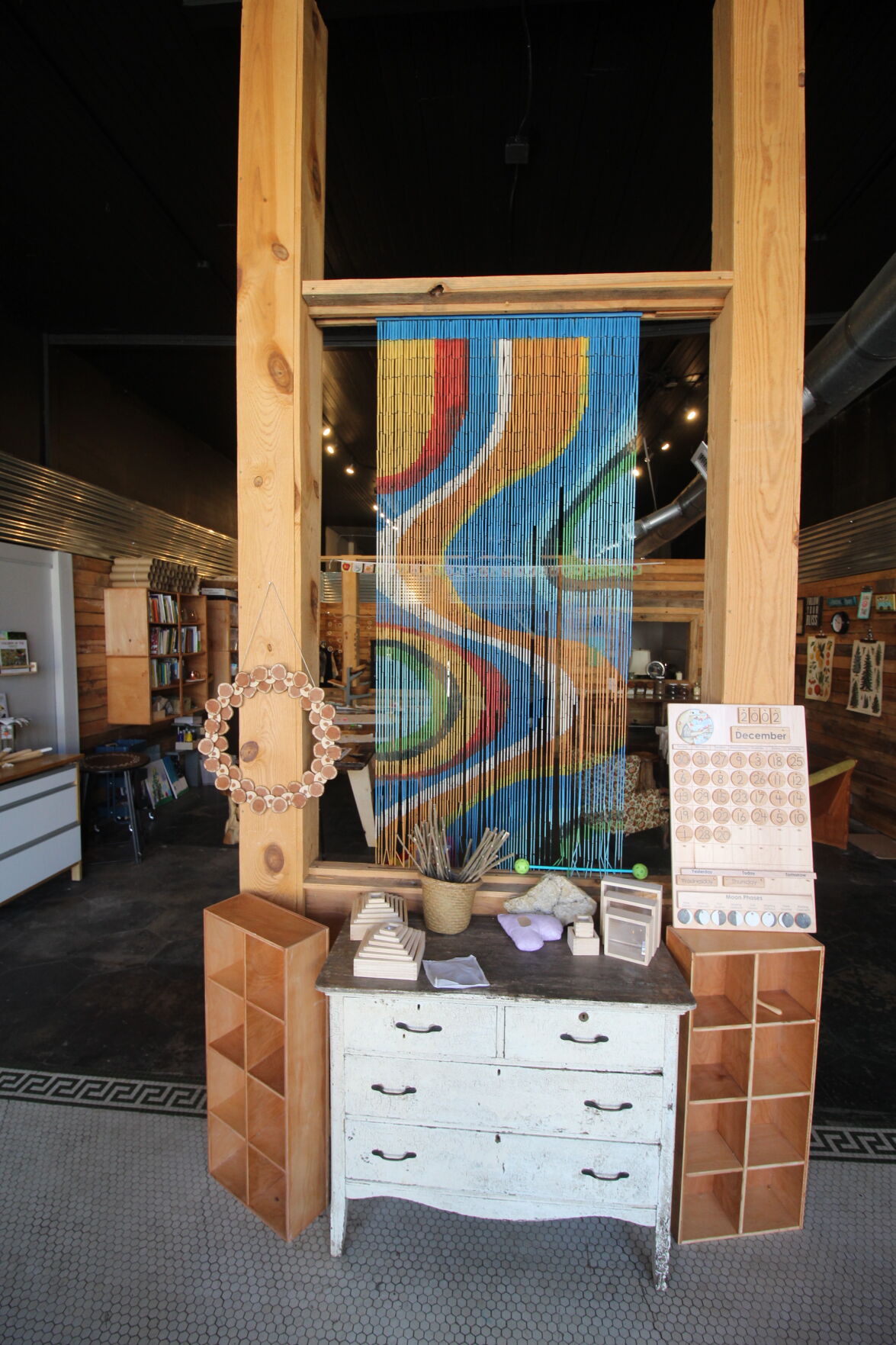 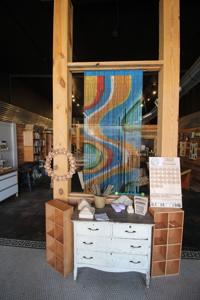 The interior of SoulShine Mercantile is a work in progress. According to owner Shannon Smith-Sengstack, the store will undergo approximately a month of renovations before opening to the community.

Shannon Smith-Sengstack hopes to open a new creative space for the community, the SoulShine Mercantile, in downtown Rutledge in June.

Clementine Sengstack, 8, peers out of a child-sized teepee inside the SoulShine Mercantile store in Rutledge. Clementine is the daughter of store owners Shannon Smith-Sengstack and Bremen Sengstack.

The interior of SoulShine Mercantile is a work in progress. According to owner Shannon Smith-Sengstack, the store will undergo approximately a month of renovations before opening to the community.

Shannon Smith-Sengstack sits comfortably in in an upholstered chair an open, bright store front in downtown Rutledge. At her feet is her French Bulldog “Al,” named after her father who passed away. “It feels good to say his name all the time,” Smith-Sengstack said.

In the back of the building on FairPlay Street, which last served as a community grocery store and is next door to Paul Jones’ iconic Rutledge Hardware Store, there is the sound of children playing.

Smith-Sengstack says she initially was interested in the space because she needed a studio/office with wi-fi, but the concept of a mercantile store based on the SoulShine brand, an education concept Smith-Sengstack founded in Dekalb County with 25 other parents that, pre-pandemic, grew to more than 400 students from toddlers to school-aged. The concept, she says, teaches “permaculture” in an environment that focuses on community and, the company’s website says, was started by “a small group of parents seeking a unique, heart-forward, eco-aware approach to learning and development for their children.“

The company thrived, she said, and was eventually picked up by the Atlanta Public Schools.

But in Rutledge, she is waiting to close on the comfortable store front that is adorned with tie-dyed shirts and a loose collection of books and other creative sources.

Smith-Sengstack says after speaking with her friends Jen Buzbee and Sarah Ghann, the owners of the Over Yonder Outpost, and learning about the storefront, “I put an offer on the building the next day.” She hopes to close in a few weeks and begin to learn what SoulShine Mercantile will become.

The store, while it will give Smith-Sengstack a work space, will also strive to become “whatever the community wants it to become.”

That need, she says, is to become a “creative space, a maker’s space, a space for families.” Smith-Sengstack hopes to open the doors to the community by June 1 and will spend the next 45 days paying attention to historically relevant renovations on the building. Once open, the space will sell “permaculture inspired books, sustainable toys, art and hopefully beer,” she said. Smith-Sengstack and her husband Bremen Sengstack recently made an informal request to the Rutledge City Council asking for permission to brew and sell craft beer in the space. It would go, she says, with art classes and other activities at the mercantile store.

The couple is also working on a “farm-to-jar” baby food concept where the source material comes from the couple’s Morgan County farm, SoulShine Forage and Farm.

And Smith-Sengstack says she talks, sometimes “in platitudes and circles” but, with Al on her lap, she is also comfortable letting the space come to her. The 40-year-old “compassionate capitalist” who says she grew the SoulShine school concept into a $4 million business is “very passionate about what I do. There is no “no” in my universe.”