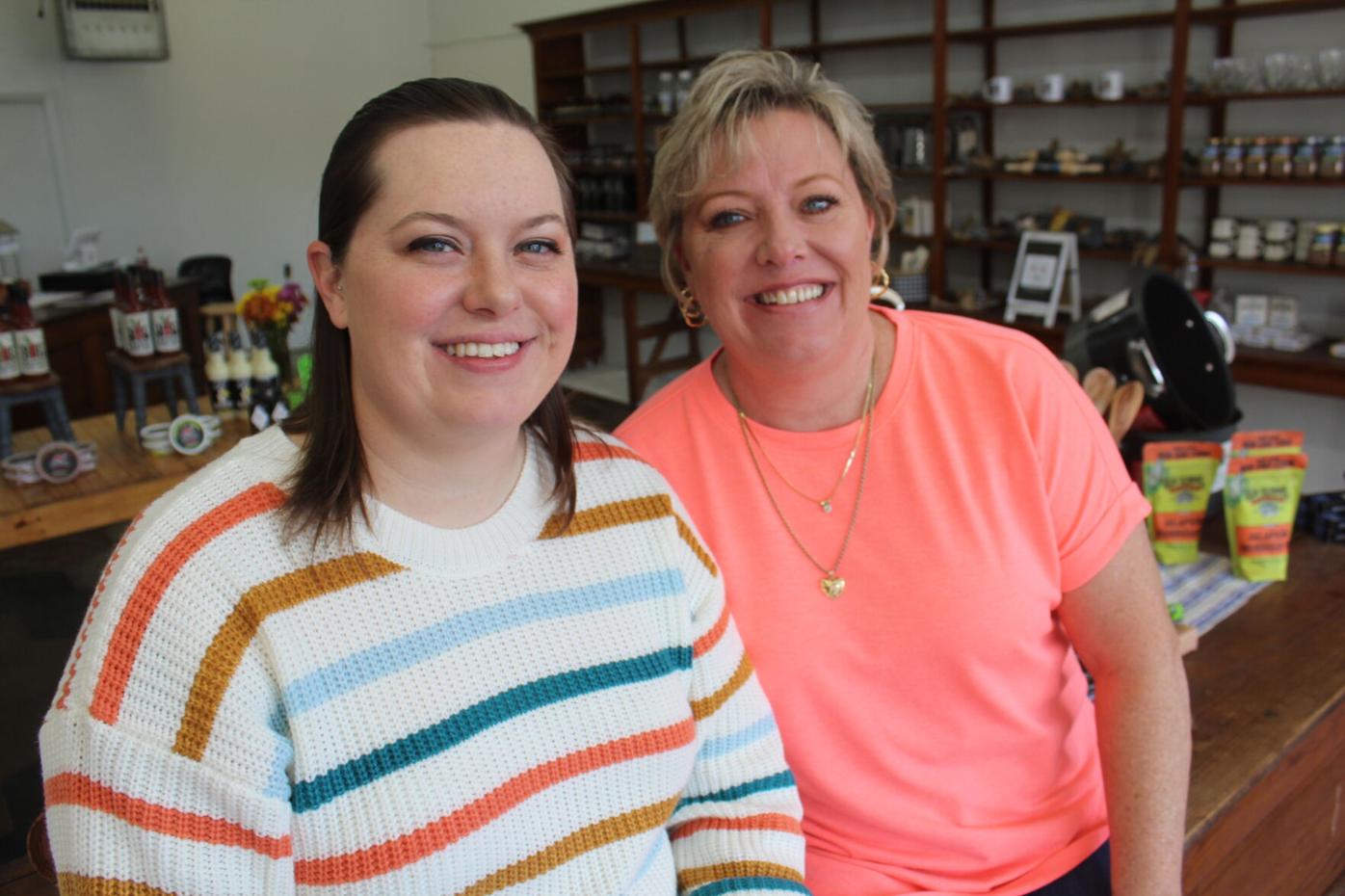 Krista and Kim Williams inside their new store, Harvest & Honey, in Rutledge. 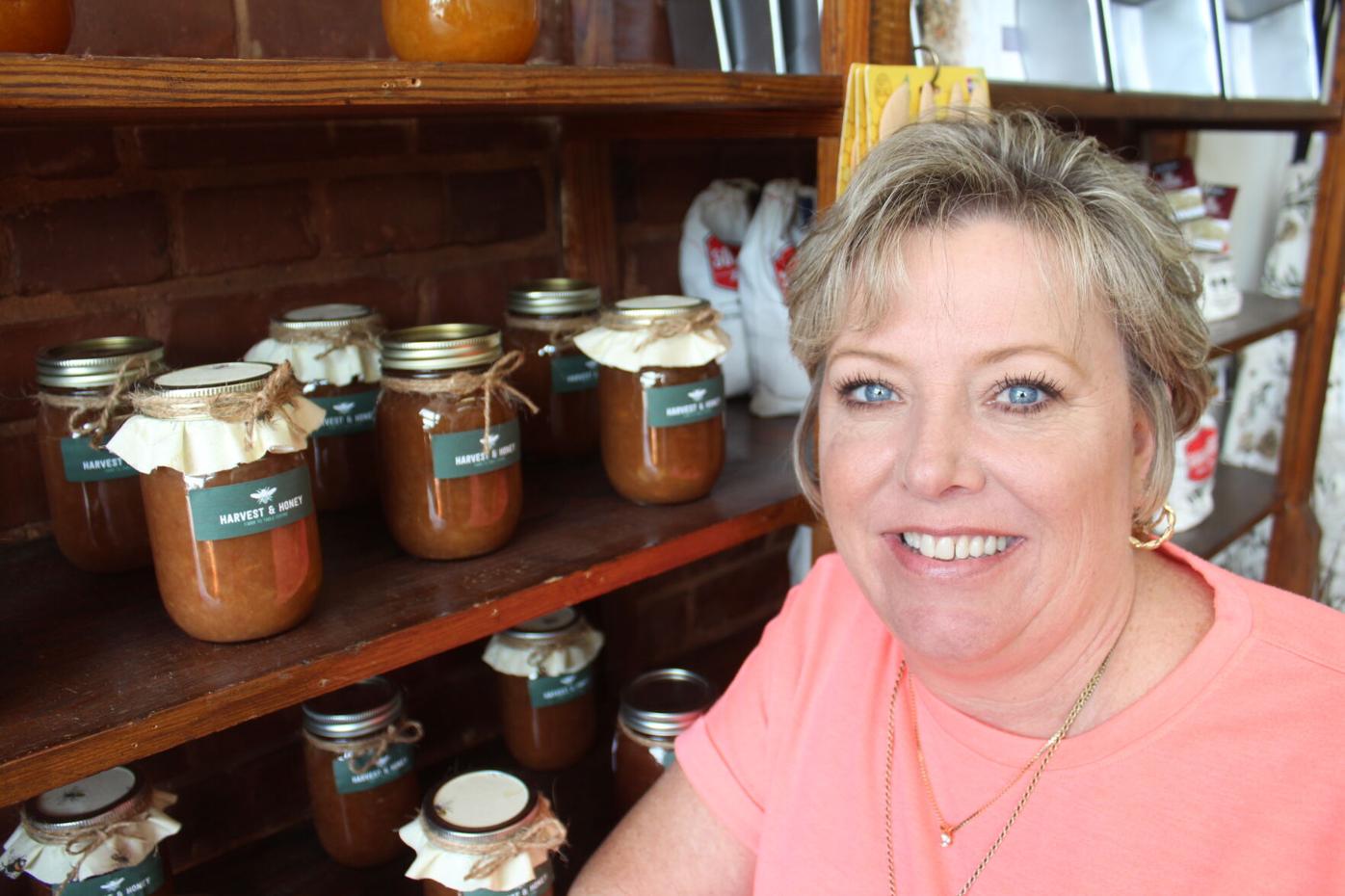 Kim Williams next to a shelf full of homemade jams and butter in Harvest & Home in Rutledge.

Krista and Kim Williams inside their new store, Harvest & Honey, in Rutledge.

Kim Williams next to a shelf full of homemade jams and butter in Harvest & Home in Rutledge.

Regionally when someone speaks of an up-and-coming chef, Krista Williams’ name keeps rising to the top of the list.

She’s been featured in several magazines, including her first appearance in print when she was discovered by Lake Oconee Living. She’s been named the “Best Chef In Walton County.”

All self taught, she says, but like any success in life she has approached the craft with passion.

Now that same passion and drive to succeed has come to downtown Rutledge, next door to where Krista began her popular “Farm to Fork” pop-up dinners at the Caboose. Krista and her mother Kim Williams last week threw open the door to Harvest & Honey, a downtown brick and mortar store where the Williams girls hope to expand Krista’s culinary le savoir into both a store front featuring cooking items along with a catering kitchen Krista is currently designing.

It’s all come together on West Main Street in Rutledge and Krista is riding her reputation as a formidable caterer and chef into a new business venture. Kim, who spent more than 30 years working for the Georgia Underwriters Association, currently works at the Caboose and says she wanted to be a part of the venture to be with her daughter. “We haven’t been able to spend a lot of time together,” she says. “I just want to help her fulfill her dreams.”

Krista, currently the executive chef at Monroe’s South on Broad, believes her catering kitchen will be completed in November at the store. Since she began catering events, including weddings, she says her business has grown. Kim has been along for the catering ride and agrees. “It has expanded to the point we need to grow. It was time to get our own brick and mortar space.”

The front of the Harvest & Honey house includes shelves full of “culinary inclined” offerings including apple butter and jams made by Kim, specialty party dips mixes, “statement glass ware” and sauces and spices. But, Krista says, the store is morphing daily. Local resident Blue Chilton recently came in and asked that they stock honey. “Blue asked for honey, so we’ll get honey in here,” she says.

Krista also says the store may begin offering a “grab and go” menu for take home meals when its catering kitchen is complete. Right now, says Kim and Krista, the business is gently feeling the waters of response from local residents to determine direction. “We are responsive to our customers’ requests,” says Krista. Last Tuesday was the store’s soft opening.

Harvest & Honey is open for business on West Main Street in Rutledge. It is open from 10 a.m. to 4 p.m. Tuesday through Saturday.