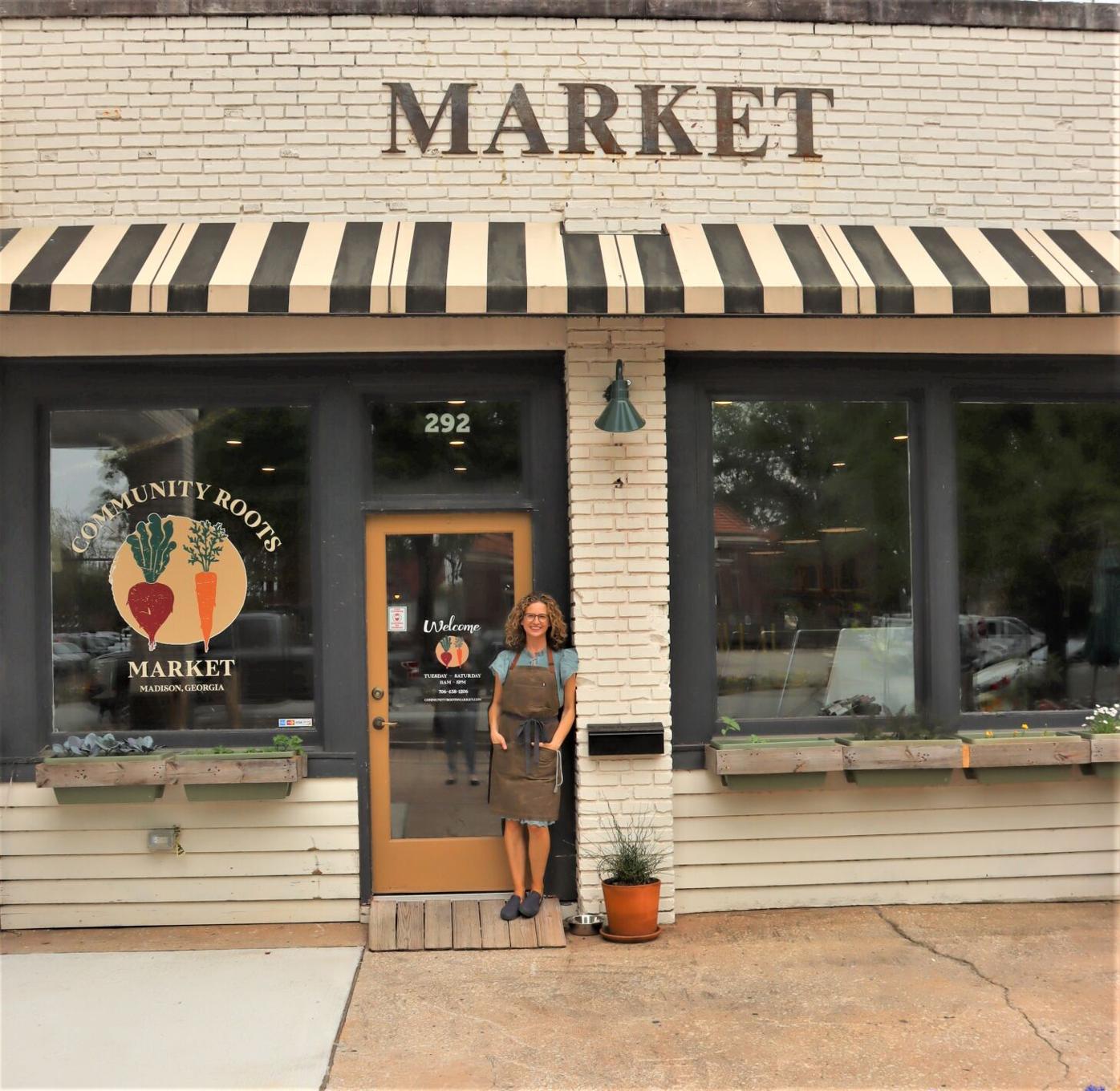 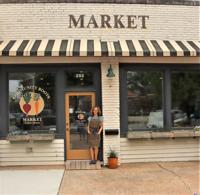 Owner and specialty-food-lover Cindi Fetch has worked with noted chefs and aims to create a personalized experience for customers at her new market. 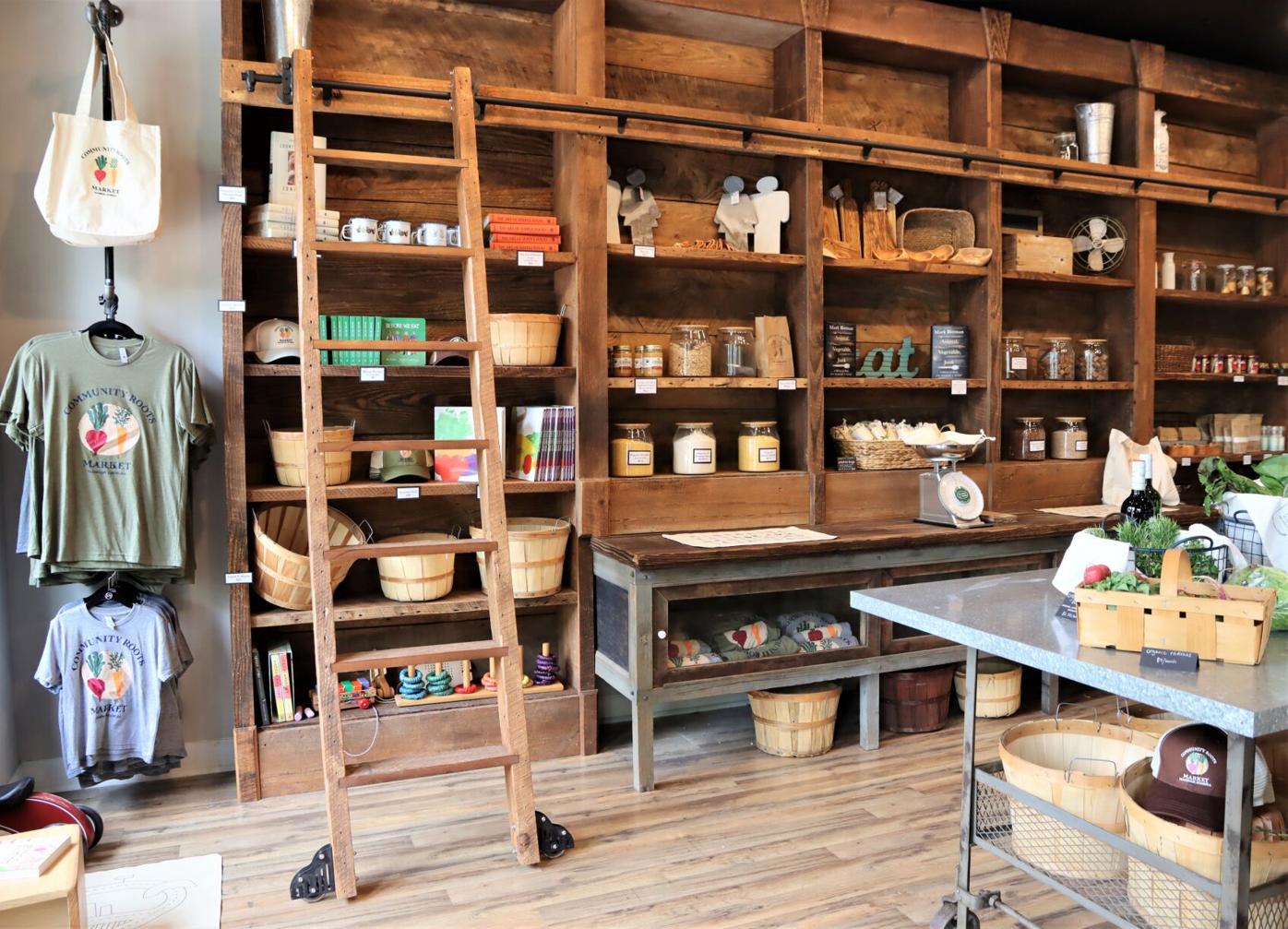 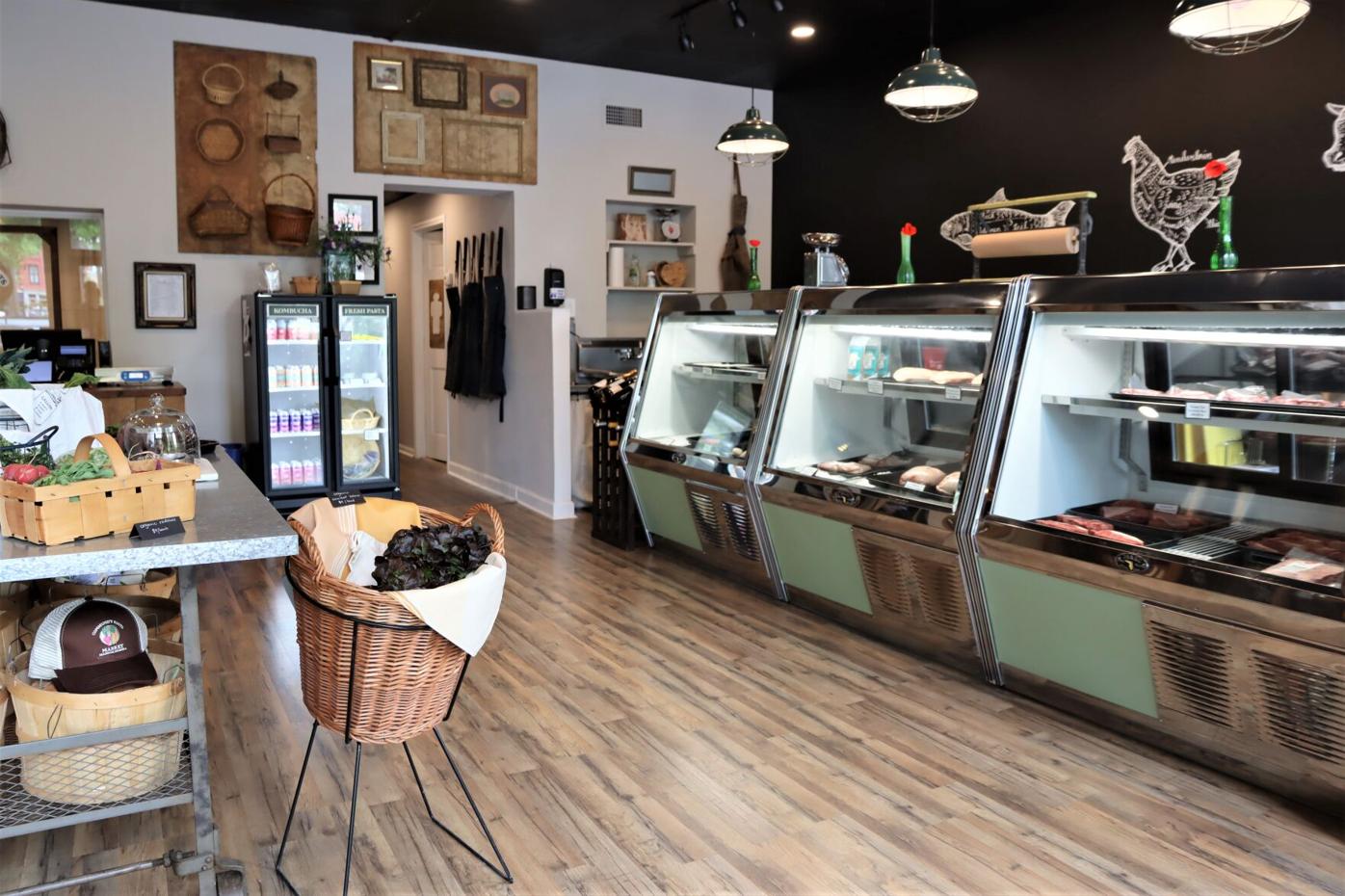 Fresh meats and seafood are available at Community Roots Market and the space will soon host educational sessions with chef and farmer discussions, wine talks and more.

Owner and specialty-food-lover Cindi Fetch has worked with noted chefs and aims to create a personalized experience for customers at her new market.

Fresh meats and seafood are available at Community Roots Market and the space will soon host educational sessions with chef and farmer discussions, wine talks and more.

John Andrews and his wife Amanda had a squirming 2-year-old in their arms when they walked into the recently-opened Community Roots Market last Thursday. Charlie was losing patience with his parents who had traveled to Madison from Oxford after hearing about the new store.

She pointed to a small, child-sized table next to a chalk board with chalk and solved the problem. “If he wants to sit and play…” she said with a wave of her arms. So he did and his parents began to explore the offerings on display at Madison’s latest mercantile store.

In a sparkling display case near the full length front windows, Fetch pointed out organic chicken Community Roots has for sale. “You won’t believe how good this chicken is,” she said with a smile.

Everything in the store, from the beef raised by a single beef producer in Dublin to the chicken raised at Crystal Organic Farms in Newborn is locally-sourced. The pasta is homemade weekly by a chef in Athens and changes each week. Last week it was lamb sausage raviolis. All the grains, from grits to polenta to wheat comes from Danielsville, Ga. Seafood is sourced from fisheries using sustainable practices. “There are a lot of farmers close by doing the right kind of farming,” said Fetch.

On the north side of the store, opposite of the fresh meat, chicken and seafood cooler, are shelves sourced from hardwood that came out of the old Simmons Funeral Home building. There is a sliding ladder attached, reminiscent of the old mercantile store days. Everything in the store, Fetch said, is repurposed.

Wine is displayed in a room that fronts an education area where, Fetch says, the market will hold book clubs, organize running groups, have chef and farmer discussions and introduce new wines with talks from wineries. “Everything that contributes to a healthy lifestyle,” she said.

Food happens to be one of Fetch’s specialties. The 48-year-old mother of two has worked with James Beard Award-winning chef Clifford Harrison and the equally-noted Steven Satterfield. “I missed being around special foods,” she said.

Fetch is introducing a “closed-loop waste system” to cooking by encouraging shoppers to stop by daily and making it easy to compost what is not consumed. Working with her manager Sarah Robuck, who also owns and manages the Verdant Farm in Morgan County, a local producer of organic vegetables, Community Roots encourages customers to compost left over food. Robuck has started a “community composting initiative” where weekly she picks up compostable waste at a small fee and turns it into compost.

The store, and its offerings change daily. Everything is “scoop and weigh” to keep waste down. In fact, says Fetch, “we do not use plastics in this store.” Customers are encouraged to bring their own shopping bag. “We are really excited if you bring your own.”

Community Roots hopes to bring daily shoppers looking for items for the day. “We encourage shopping small so you don’t have a lot of waste.’

She hopes the concept will attract customers looking for a personalized, daily store and a time where she can say, “We know you… we know what you like.”