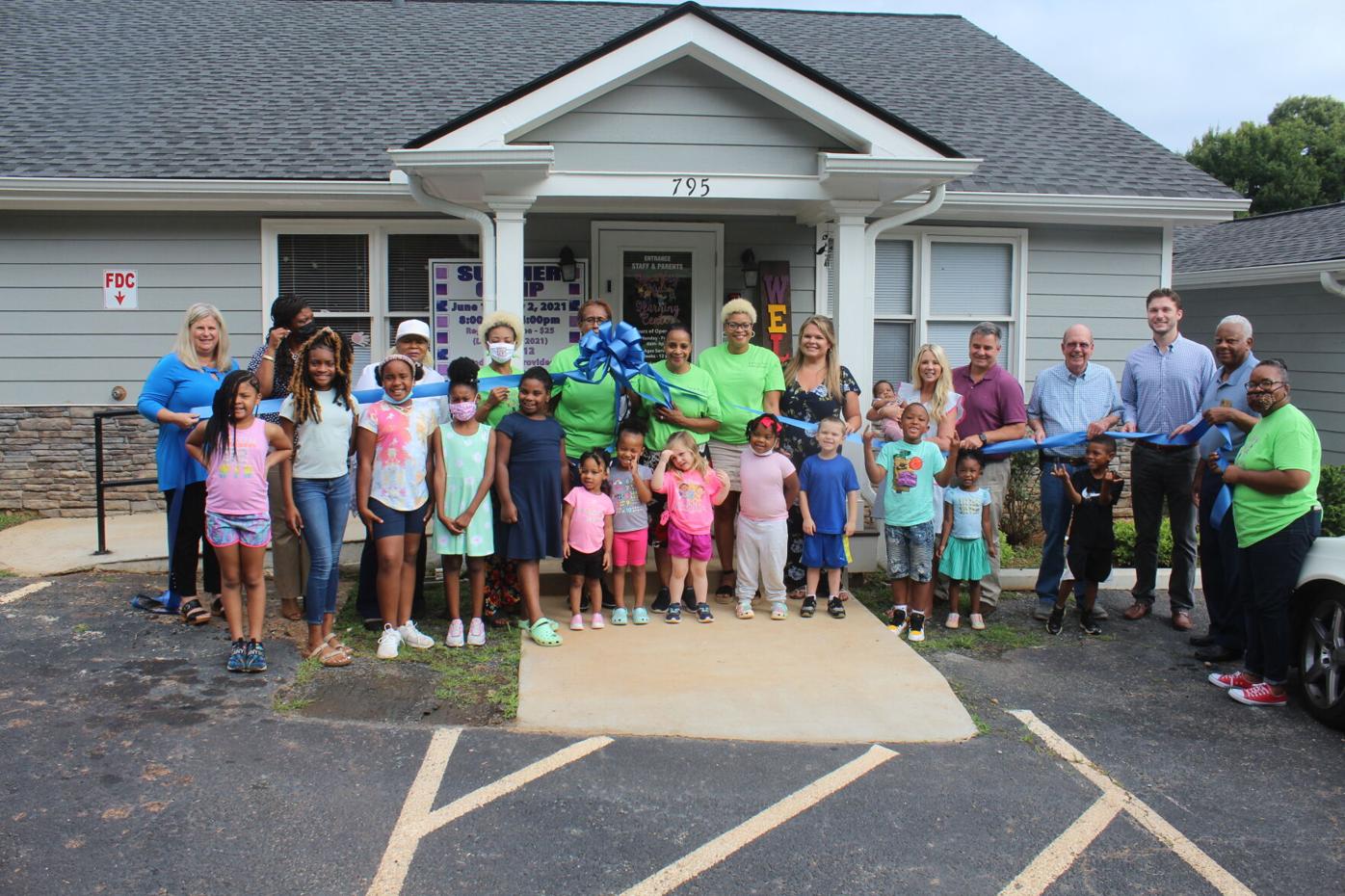 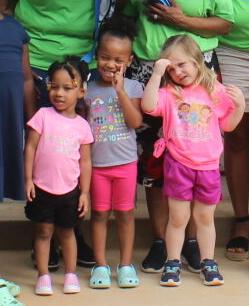 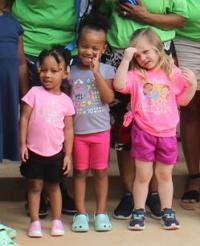 City and county officials joined the Madison-Morgan Chamber of Commerce on Thursday morning to hold the official ribbon cutting of the Amazing Kids Learning Center. 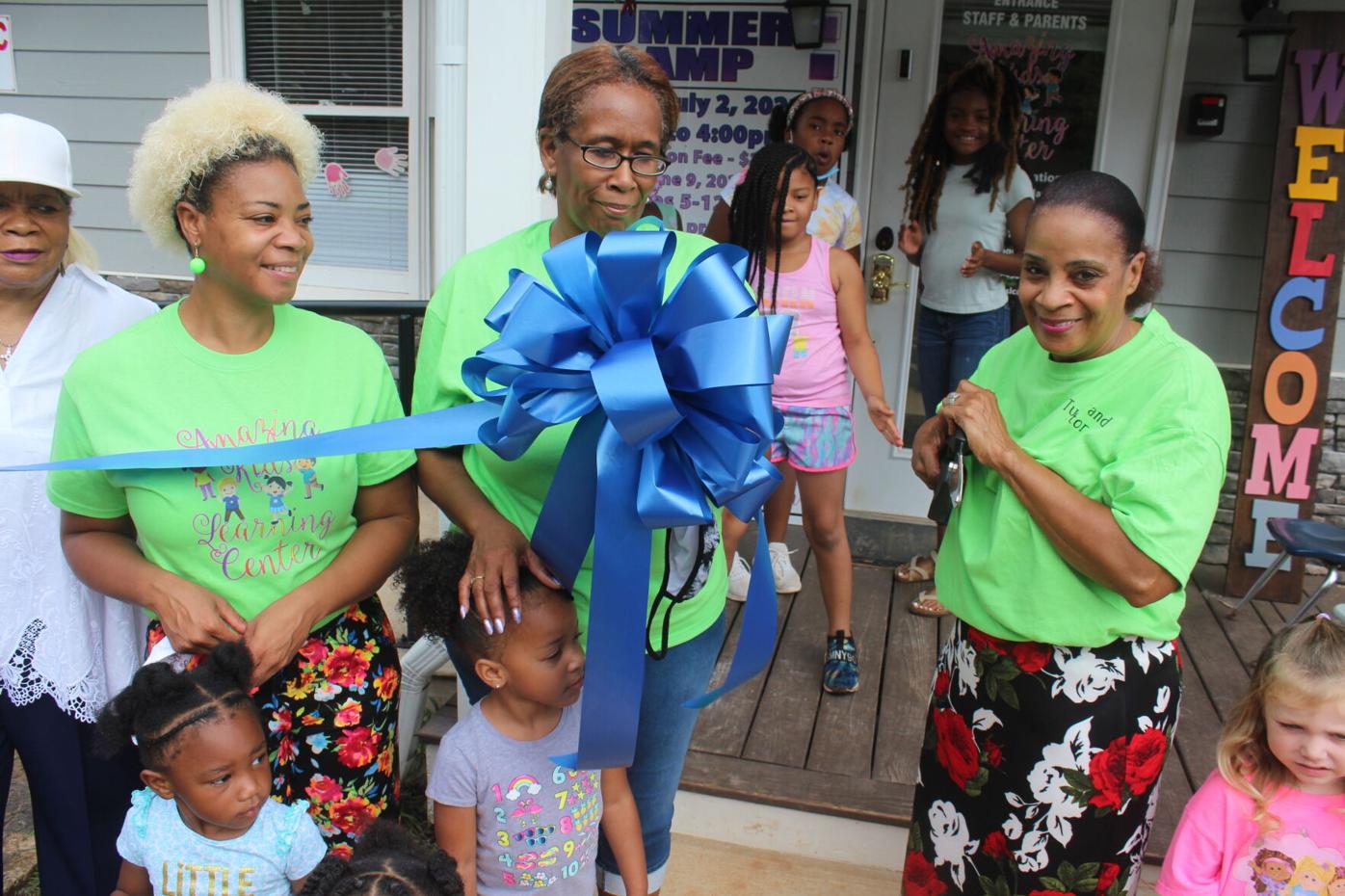 City and county officials joined the Madison-Morgan Chamber of Commerce on Thursday morning to hold the official ribbon cutting of the Amazing Kids Learning Center.

It’s 1:30 p.m. at the Amazing Kids Learning Center and 12 beautiful children are sleeping soundly on floor mats under the watchful eye of Tunja Brand.

Brand, the director and owner of the center on Madison’s North Main Street, has come to a place nearly 30 years in the making.

Sitting in a tiny child’s chair in view of the children, she tells a visitor. “I had a desire for this business since high school.”

Actually, she had two desires, both stemming from an entrepreneurial spirit. She wanted to own a daycare and a restaurant. For six years she and her deceased husband Willie Frank Ross owned and ran La Petite in Rutledge before Ross succumbed to heart disease. Following his death, Brand migrated to Philadelphia and New York to live with relatives and seek a fresh start.

But home called, the tutelage of Morgan County High School teachers Geraldine Bell and Mrs. West and Coach Donald Harris kept calling. Brand is a 1982 graduate of MCHS. Brand returned home and kept dreaming of opening her own daycare.

“I was always the type of student that wanted to be the teacher,” she says now. With Coach Harris, who is now a Morgan County Commissioner and who was present last Thursday during the ribbon cutting of Amazing Kids Learning Center, Brand said she learned to be curious and to be mindful.

“I remember Coach Harris used to say ‘Ms. (Brand) you are either going to come in here acting right or you are going to leave here acting wrong. Which are you going to choose?”

Remarried to her “backbone” Robert Brand, the couple in 2018 began to formulate a business plan for the center. Tunja says the desire fueled a dream of a building and she and Robert sat at their dining room table and she made a simple request.

“Write down what you think the name of the center should be,” she asked. She did the same. When Robert turned over his paper it read “Amazing Kids Learning Center.” When Tunja revealed her name it was “Amazing Kids.”

“We broke down in tears,” she says. “We knew it was God speaking.”

From there they approached Tunja’s brother, True Life Ministries Pastor Samuel Head Jr. The pastor, she says, had always preached to trust “what God could do.” Head, she says, encouraged to couple to write down their vision and create a plan, to “make a vision” she says. Living in Covington, Brand said initially she found locations in Covington and Lithonia and had been approved to construct the school in both cities.

But there was that dream.

“The Lord told me clearly, go back home. I want you to serve your community.”

Then she saw a second sign, which was a for sale sign placed in front of the former Main Street Veterinary office. “That’s the place,” she says she told her husband. “That is were God wants us to be.”

Within four weeks, she says, she had worked through financing with the owner and Victoria Morris at BankSouth in Greensboro. “They called me and said we were clear to close.”

That was March, 2018. For the past two years, she has used Boswell Construction and other vendors to renovate the veterinary office that will serve as a learning center for up to 70 children from six weeks old to 12 years old. On April 19, the center opened officially, validating her son Antonio Ross’ advice to follow her dream. “He always encouraged me and told me I could do it,” she says.

On Thursday, city and county officials met at the official ribbon cutting for the center.

And now it is almost a family affair. Brand serves as the center’s director. Her daughter, Katilya Ross, is the center’s administrator. Daughter Kaera Ross will work all rooms at the center, Connie Smith is the center’s assistant director and lead teacher and Charlotte Harris is a lead teacher. Brand says more teachers will be in place when the school season starts and she expects her teachers to serve the children with “integrity and love.”

“I want to get my teachers ready and trained to the expectations that I want to see.” Much of that, she says, is to have each child ready to go seamlessly into the Morgan County Charter School System.

When she needs it, she says, she’ll call her mother Pastor Stella Head. Stella Head serves as a ready volunteer at the center. “She loves to come in and read to the children,” Brand says. And she brings her religious inclusion to the business. “We are going to love everybody,” Brand says.