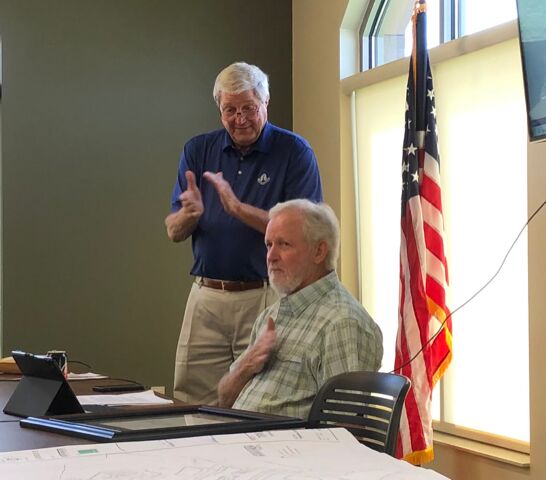 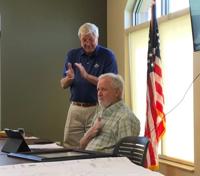 Alan Verner, seated, stepped down as chairman of the Joint Development Authority in August, after more than 20 years of service. 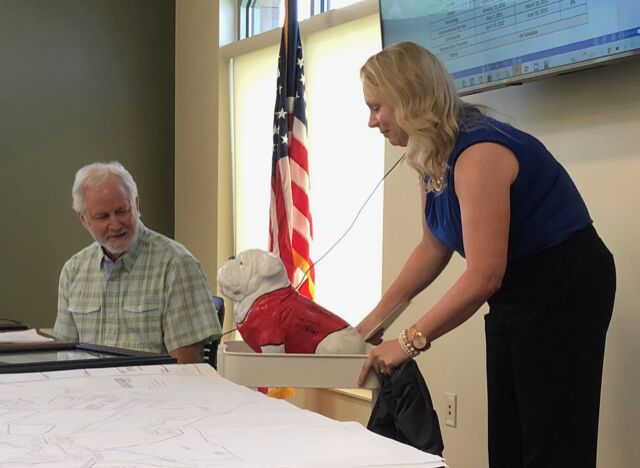 Attorney for the JDA, Andrea Gray, presents Chairman Alan Verner with a Bulldog statue to celebrate his retirement from the board. 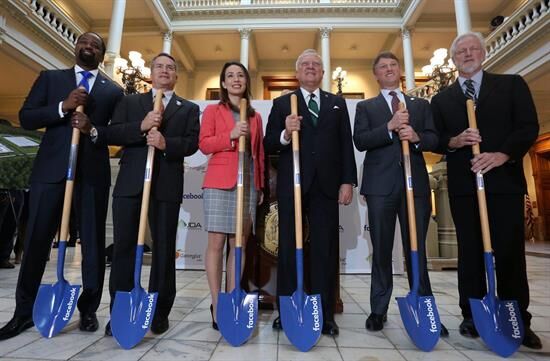 Alan Verner, seated, stepped down as chairman of the Joint Development Authority in August, after more than 20 years of service.

Attorney for the JDA, Andrea Gray, presents Chairman Alan Verner with a Bulldog statue to celebrate his retirement from the board.

Alan Verner gazed out across 1,600 acres of vacant land in rural Georgia during the late 1990s, believing it could one day become an industrial hub creating thousands of high-paying jobs and generating substantial tax revenue for the surrounding counties.

“Today, we have accomplished all we set out to do all those years ago,” said Verner. “It was a long journey, but we made it.”

Alan Verner has been at the helm of the Joint Development Authority, the four-county board tasked with overseeing the development of Stanton Springs Industrial Park, since its conception nearly 25 years ago.

Over the course of two decades, Verner chaired the board that would transform the region — securing two historic multibillion dollar investments while bringing in lucrative high-tech and biopharmaceutical industries. The 1,600 acre site is currently the home of Takeda, a $1.2 billion biopharmaceutical company, a $14 million Bioscience Training Center and a new Facebook data center, the first phase of which is estimated to cost $750 million. Later phases could cost up to $42 billion over the next two decades.

Another development is on the horizon, after the JDA sold the last of the developable land to “Baymare,” which is widely believed to be a pseudonym for Facebook. Baymare has also secured bonds through the JDA for up to $42 billion over the next two decades to develop the burgeoning industry.

But The JDA isn’t finished yet, recently buying land north of I-20 to market to other big industries. Verner has decided to hand over the reins though, stepping down to enjoy retirement with his wife, children and new grandchildren.

“Stanton Springs, it’s my baby,” said Verner. “It was a really tough decision to leave it. I have had a great journey with the JDA and I am really proud of all our accomplishments. There is plenty more to come I am sure. I just felt like the time was right. It is time for new leadership.”

Verner’s leadership and influence will be missed by the JDA team as the Morgan County Board of Commissioners hunt for a new appointee to take his place. The JDA is comprised of Morgan, Jasper, Walton and Newton counties, with two appointed members from each county.

“Mr. Verner has served as the citizen representative for Morgan County since the JDA’s formation in 1999. Over his 22 years of service, he has served as the Chairman of the JDA for 15 years. His leadership and dedication have been instrumental in the successes of the JDA which are many. Mr. Verner led the JDA through three of the largest economic development projects in the Southeast (Takeda, Facebook and Baymare) in addition to the development of two phases of parkway construction for Stanton Springs,” said a joint statement from the JDA members.

“He dedicated countless, unpaid hours for the betterment of the region. He leaves behind a legacy of integrity, steadfast vision for a superior development park, and a true servant’s heart for the community. He will be sorely missed as a leader, mentor, and friend to all those who served with him and worked alongside him. The JDA will strive to continue to exceed expectations in honor of Mr. Verner’s legacy and the legacy of all of those who have served on the JDA or participated in its success.”

“We are talking about almost a quarter of a century of service here,” said Ainslie of Verner. “In all that time he always represented the best interest of Morgan County...It’s been a real pleasure to work on this board with Alan Verner.”

Verner, who also retired from running the historic Verner Farms in Rutledge in 2017, is looking forward to scaling back his commitments to spend more time with his wife, Sue Ellen, and family.

“My wife and I have plenty to see in this world,” said Verner. “We have a new grandchild and we are going to take this time to travel and see our family. I have all the confidence in the world that I am leaving Stanton Springs in good hands.”

The Morgan County Board of Commissioners presented Alan Verner, long-time chairman of the Joint Development Authority, with an award for his s…