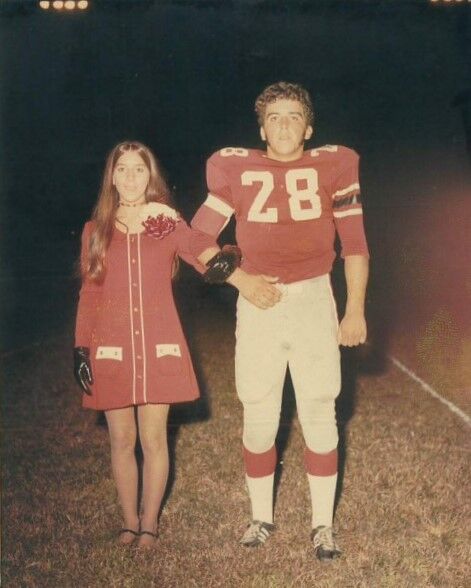 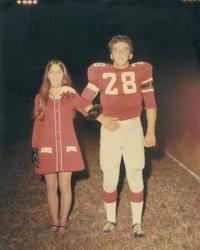 A then Linda Sigman was a junior at Morgan County High School and is escorted by Kenny Pritchett during the 1971 homecoming celebration at the school. Linda was named Miss Football at the event and the night began a 50 year romance between her and Kenny that continues to this day. 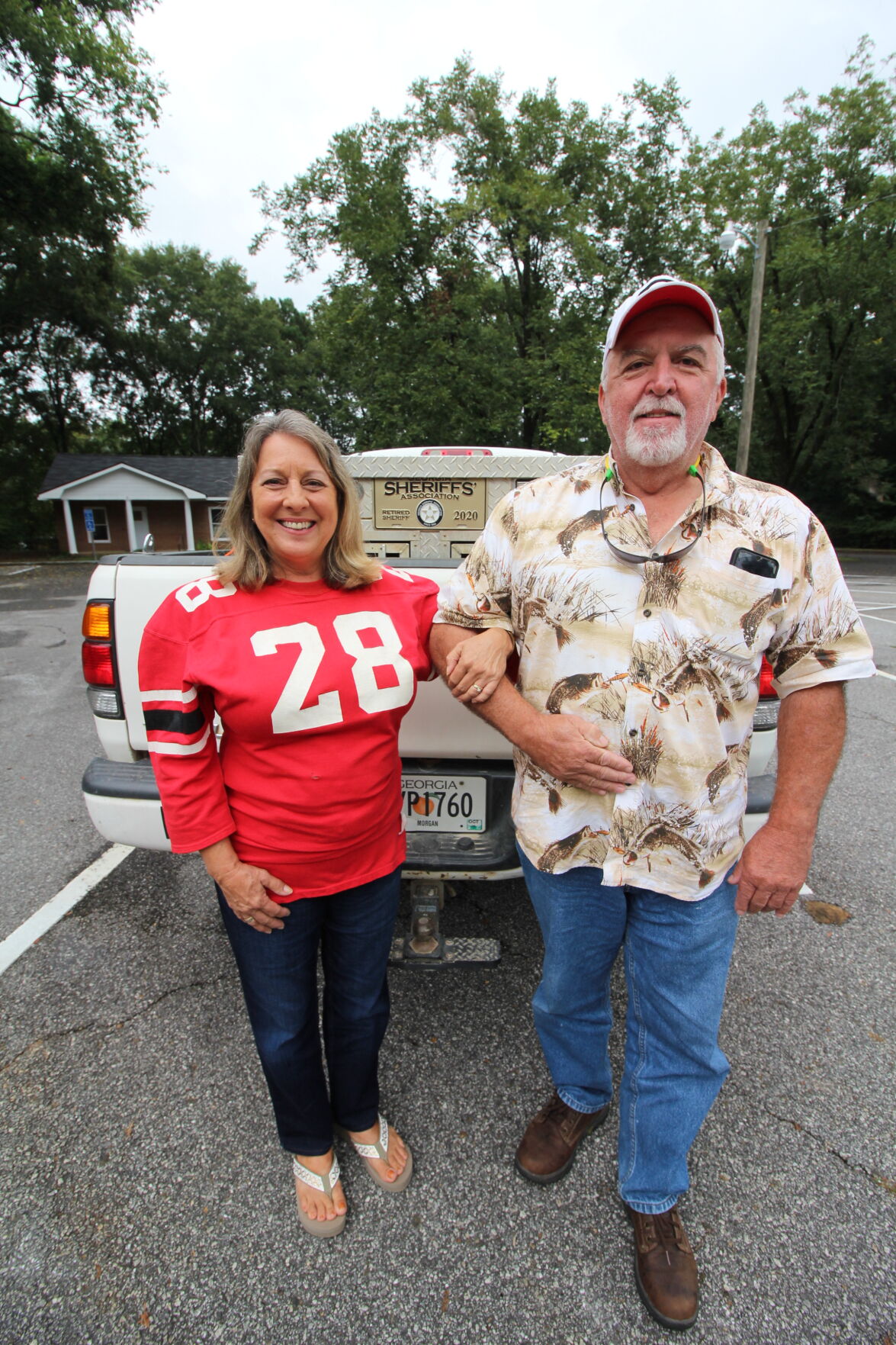 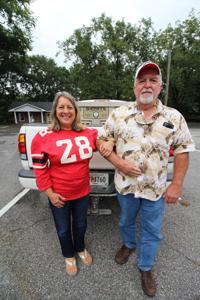 Linda and Kenny Pritchett with Linda wearing Kenny’s football jersey from the 1971 season.

A then Linda Sigman was a junior at Morgan County High School and is escorted by Kenny Pritchett during the 1971 homecoming celebration at the school. Linda was named Miss Football at the event and the night began a 50 year romance between her and Kenny that continues to this day.

Linda and Kenny Pritchett with Linda wearing Kenny’s football jersey from the 1971 season.

He was a 5’10, 185 pound senior fullback and outside linebacker on a 3-7 football team who would have rather spent his nights hunting raccoons.

She was a petite, “new girl in town” daughter of a doctor with a broad smile and winning personality.

And on Oct. 15, their first date sparked a 50-year romance that continues to this day.

In 1971, a then 17-year-old Kenny Pritchett mustered up the courage to ask a 16-year-old Linda Sigman if she would be his sponsor for the annual Morgan County High School Homecoming and Miss Football event.

Linda had just moved to Morgan County from Atlanta after her father Dr. Cheney Sigman decided he and his family had had enough of the metropolitan lifestyle. Kenny Pritchett had befriended Linda’s brother Richard Sigman, who also played on the football team under Head Coach Kelly Sergeant. “My daddy just wanted us to get out of Atlanta and live in the country,” she says.

Pritchett had spent evenings with the Sigman family at Ye Olde Colonial restaurant after football practice. He was, he says, a shy kid, more comfortable in a pickup truck with hunting dogs than trying to master small talk at a dinner table. But he was also smitten and finally, he says, across the street from the restaurant on East Washington Street he asked Linda to be his sponsor for the Miss Football event. “I was scared to death,” he says. “But I knew who I wanted to ask.”

The romance started in the halls of Morgan County High School when Pritchett first spoke to Linda that year and “she kept walking.”

The couple has been married for 46 years. Kenny and Linda dated for approximately three and a half years before marrying in 1975. They have two children, Daniel, 43 and Dana, 40.

Both are now 66-years-old but both remember with a sentimental fondness that night 50 years ago on the football field on that cool October night. For the date that would spark a life-long romance, Kenny borrowed his cousin Al Hunnicutt’s 1969 Ford Fairlane so he didn’t have to take his farm truck and left his Route 4 (Sandy Creek Road) home to the game and the homecoming dance. Kenny says he worried about the dance because, he says, he has two left feet when it comes to dancing. “I was going to be such a stick in the mud at the dance.”

An injury to his knee in the third quarter in the game called for a quick trip to the emergency room and a pair of crutches for a few days and an excuse for not dancing. Instead of the dance, he says, “We went to the Red Barn (restaurant) and had supper.” That injury, three plays into the quarter, “saved me,” laughs Kenny.

“She was a city girl with a country heart,” Kenny says. “I would say I was smitten.”

Linda says being a new girl in town she was excited to be asked to be in the Miss Football Court.

Now Linda Pritchett, wife and partner of man who now says his focus is on “old dogs and children.”

“He had a good heart,” she says looking back at the night. “I could tell that.”

Oct. 15 this year is the opening day of coon hunting, is Kenny Pritchett’s birthday and marks a moment for the Morgan County couple that they relive every year and, says Linda, reminds them to “multiply your joys and divide your sorrows.”